The swine! Police hunt thieves who stole 67 piglets from farm leaving owner terrified for their wellbeing

Police are hunting thieves who have stolen 67 six-week-old piglets from a farm in the New Forest.

The piglets were stolen from the farm at Damerham in Fordingbridge, Hampshire, between May 20 and May 28, and have the reference HB0789 tattooed on them.

A Hampshire Constabulary spokesman said: ‘The piglets were being kept in their family groups, which is important for pigs as they are social animals. 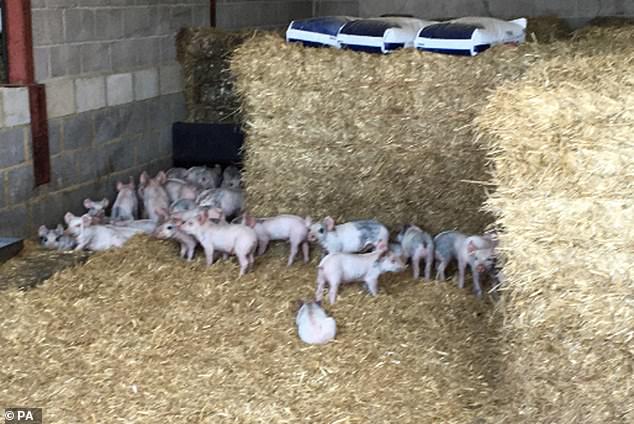 The 67 six-week-old piglets were stolen from the farm at Damerham in Fordingbridge, Hampshire, between May 20 and May 28, and have the reference HB0789 tattooed on them

‘Moving them to a different location could expose them to dangerous bugs and cause unnecessary stress which may lead to premature death.

‘The farmer who owns the piglets is understandably extremely concerned for their welfare and we want to hear from anyone who can assist with our inquiries.’

Detectives said their Countrywatch team is investigating and asked people if they had noticed any new piglets at a smallholding or similar location recently.

In response to concerns on Facebook that the theft was not noticed for eight days, the force said that the piglets were ‘being kept as part of a much larger group’.

Police confirmed to MailOnline that the piglots were part of a larger group of around 200 pigs, and that they are Landrace-Duroc-Hampshire breed. 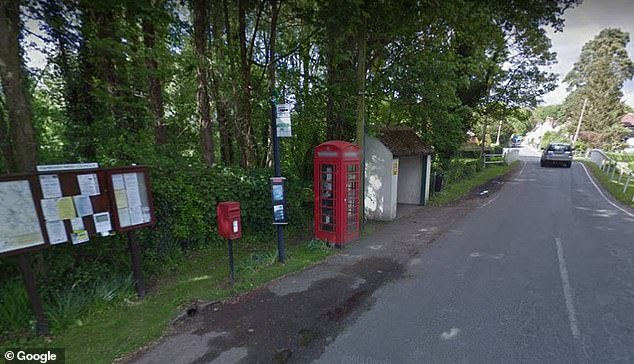 It is believed that they would likely be being fattened up at a small holding somewhere to then be sold on, but officers are investigating all possibilities.

On May 26, a post on the Damerham local residents’ Facebook page said: ‘There have sadly been reports of burglaries and suspicious activity… in recent days.

Damerham is a village of about 500 people on the River Allen, located ten miles south of Salisbury with an average house value of £630,000.

hunt, police, Stole, thieves, Who
You may also like: