Detectives are looking into what happened at a care home where 15 people died following an intake of NHS hospital patients.

One source from Temple Court in Kettering claimed the care home was ‘pressured’ into taking untested patients to ‘free up hospital beds,’ with a source saying the facility took in 15 NHS patients in March from the town’s hospital who were not existing residents at the home.

The insider told The Sunday People: ‘It’s a massive scandal. The hospitals pressured care homes into taking patients despite not having a clue if they had coronavirus or not.’ 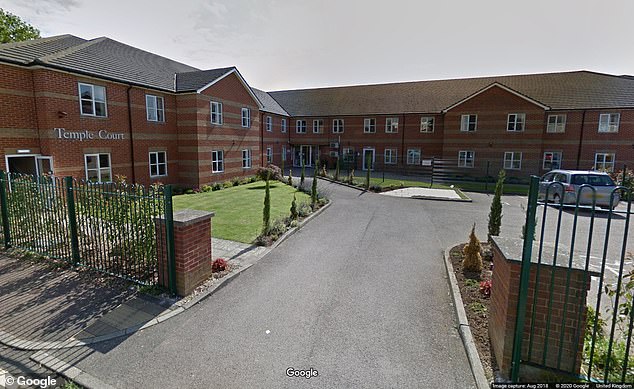 Police are investigating what happened at Temple Court (pictured) in Kettering, Northants, after at least 16 people died in the space of eight weeks, most of whom either had, or were suspected of having, Covid-19

Northamptonshire Police has now confirmed the events are now subject to a police investigation.

A spokesperson for the force said: “Northamptonshire Police is aware of the recent issues relating to Temple Court Care Home in Kettering.

‘We are working with the Safeguarding Adults Team at Northamptonshire County Council to investigate these further.’

The home says it took in 15 NHS patients between March 19 and March 26.

By May 1, 15 residents had died, 10 of which were NHS patients. A spokesman for the home said 12 of those who died either were confirmed or suspected of having Covid-19.

The site, which is run by Amicura, part of the Minster care group, had to move all of its surviving residents to other homes in the week of May 11.

It comes amid an investigation by Northamptonshire County Council, under section 42 of the Care Act, which covers allegations of abuse or neglect, according to the BBC.

A spokesperson for Amicura Ltd, said: ‘The police are statutory members of adult safeguarding boards and it is routine practice to get in contact in cases such as this. 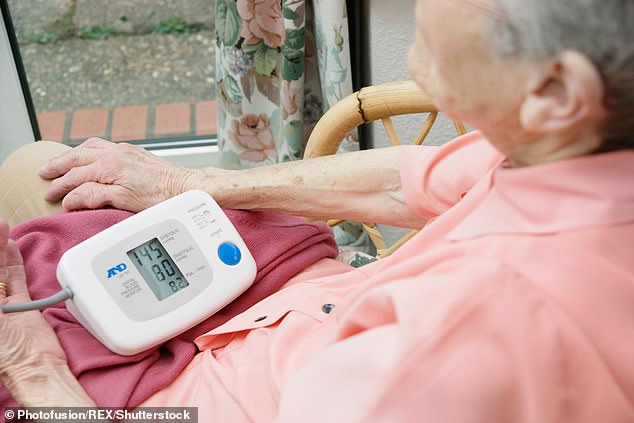 ‘We have been given no indication so far what they are investigating, but we will cooperate fully with their enquiries.’

One woman, who did not want to be named, said they were ‘angry and broken’ about the death of their relative, who had only gone to Temple Court for respite care.

She said the week after lockdown, when families were barred from going in, she had spoken to her father-in law on the phone.

She said: ‘His words were; “What about me?” He thought he had been abandoned.

‘I said, ‘I want to get him out of there’. I called social services and they said “I really wouldn’t suggest him coming out at a time like this”.

‘Nobody will ever be able to comprehend not being able to see a loved one for three to four weeks before they died and not to be there at the end.

‘Three times in the last week of his life we asked for a phone call with him, but the home did not call.’

Simon Bennett, whose dad Robert was a resident, said: ‘None of the relatives seemed to have any idea that there was coronavirus in the home and there were so many deaths.’

The home is believed to be Covid free as it welcomes its first NHS resident during the pandemic.

The home records its first death among the NHS patients, it was confirmed to be a result of Covid-19

Eight residents at the home die, seven of which were NHS patients. All were confirmed or suspected of having Covid-19.

One longer term Temple Court resident died of ‘other causes,’ a spokesman for the home said.

Care home watchdog the Care Quality Commission carried out an inspection of Temple Court in early May. The report is expected to be published in the coming weeks.

Following an inspection last year, the care home was told it ‘requires improvement,’ in all areas by the CQC.

A spokesman for Amicura Limited said: ‘Due to the effects of the Covid-19 pandemic, the home was left in an extremely challenging position.

‘A large number of staff, including the home manager and senior team, have been absent and we have been disproportionately reliant on the use of agency staff.

‘This – added to the sudden influx of residents to support the NHS, some of whom have complex needs – affected the quality of care and governance at the home.’

A relative of one resident told Northants Live: ‘It’s not The Ritz, but its heart is in the right place.’

The family of Mikhail Waskiw said they felt ‘like they have been lied to’ by health officials after the 91-year-old died on April 5.

The Second World War refugee, who lived in Roade, was sent to Temple Court from Northampton General Hospital to rehabilitate from a broken hip on February 28.

His daughter-in-law, Sheryl Waskiw, has since questioned: ‘Why did they allow the hospital to put Covid-19 patients into the care home?’

His son Garry, 58, said recently: ‘Obviously I am a bit angry. I don’t blame the carers in the care home, but we do want to know what has happened.’