Police are hunting a suspect who has been ridiculed online for looking like Kenny from the animated show South Park.

Officers from Kent Police issued the e-fit of the man wearing a hoodie which almost completely covers his face but residents have said the image resembles character Kenny McCormick in South Park.

Detectives wish to speak to the suspect who cut a man with a blade after barging into him in the seaside town of Deal. 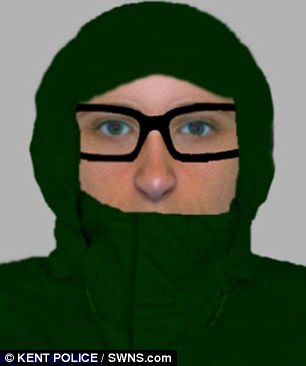 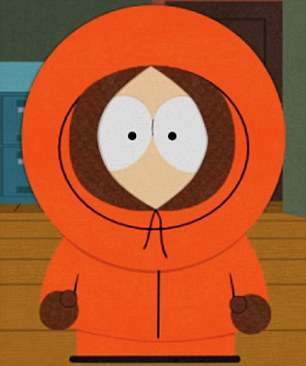 The e-fit which was issued this week shows the man, wearing a green anorak rather than Kenny’s orange anorak, wearing large black-rimmed glasses.

But Kent residents joked online that the man looked like Kenny from the hit show created by Trey Parker and Matt Stone in the 1990s.

Colin Bell, 41, said: ‘Let’s find Kenny! He’s out there somewhere with his hood up…and he’s armed with a knife!’

Others criticised the e-fit, with one saying it looked like it had been done on Microsoft Paint, adding: ‘Did someone make this on Paint?’

Police e-fit of suspect wanted for assault is ridiculed by residents in Deal, Kent, who say the man ‘looks like South Park cartoon character Kenny’

Simon Karl Danch wrote: ‘You definitely need a new computer,’ and Sally Read wrote: ‘The assault is no joke, but that’s the funniest e-fit I’ve ever seen.’

DC Debbie Phillips released the e-fit this week after the attack on January 28 this year.

She said: ‘The victim was walking along (the road) when a man walked past, knocking the victim’s shoulder and then asking for a light, which the victim did not have.

‘When the victim arrived home he discovered a small laceration to his side.’ 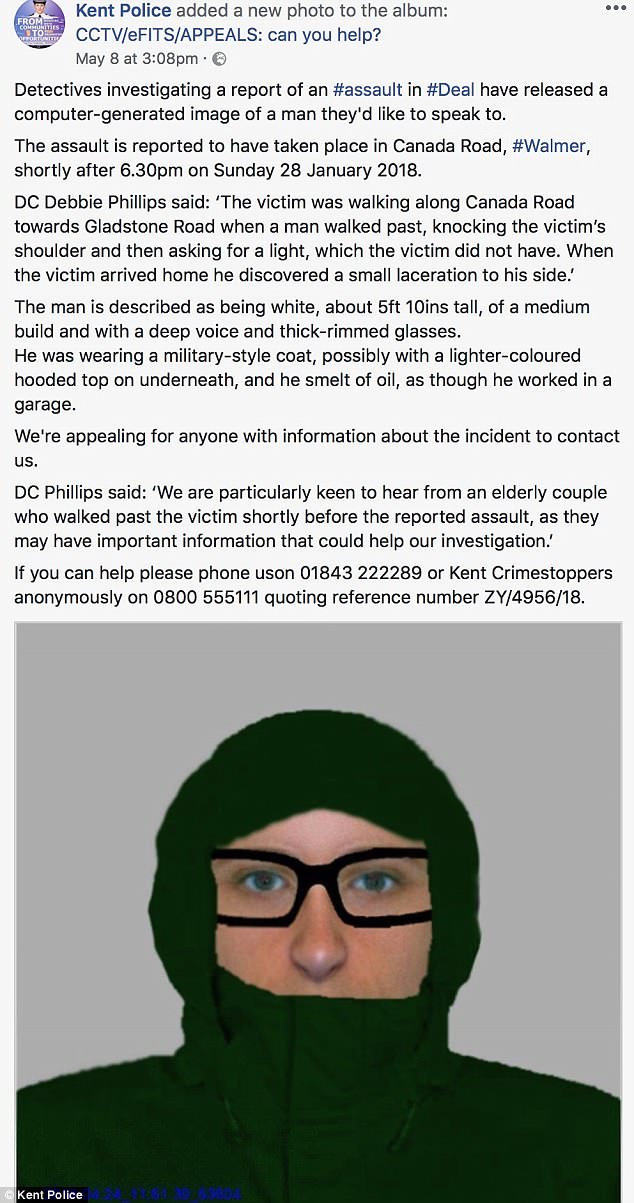 Police wish to speak to the ‘Kenny-look-alike’ suspect who cut a man with a blade after barging into him in the seaside town of Deal, Kent

Bosses at Kent Police said the delay in releasing the e-fit was down to it taking the victim ‘some time’ to compile the image.

The thug is described as a white man, around 5ft 10ins tall, of a medium build and with a deep voice and thick-rimmed glasses – who was wearing a ‘military-style coat’.

DC Phillips added: ‘We are particularly keen to hear from an elderly couple who walked past the victim shortly before the reported assault.

‘They may have important information that could help our investigation.’

What is Facebook’s new ‘Off-Facebook Activity’ tool and can you shut it off?

Uni students say they won't going back after classmate got coronavirus