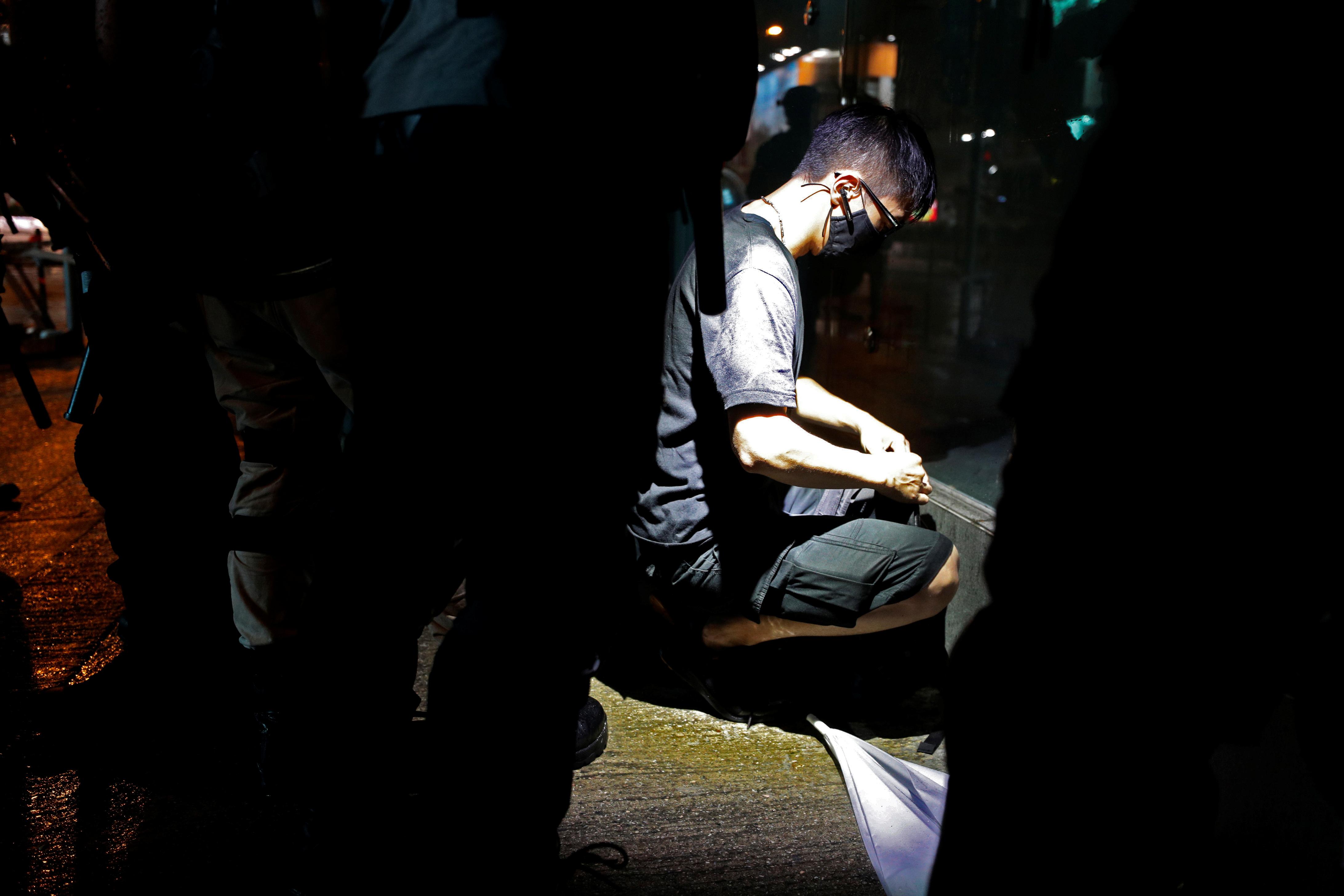 HONG KONG (Reuters) – Hong Kong police said on Tuesday 77 people had been arrested for violating an anti-mask law enacted at the weekend under sweeping emergency powers invoked by the city’s leader to try to quell often violent anti-government street protests.

Since Friday, more than 200 shops and public utilities have been damaged in the unrest and police have fired 367 tear gas rounds, a police spokesman told a news conference.

arrests, c***', HONGKONG, Protests, Us
You may also like: