A police force has said goodbye to two retired police dogs who died within days of each other.

PD Enzo, who came from Gibraltar to live with handler Max and family, was taken seriously ill and rushed to the vets last Tuesday. 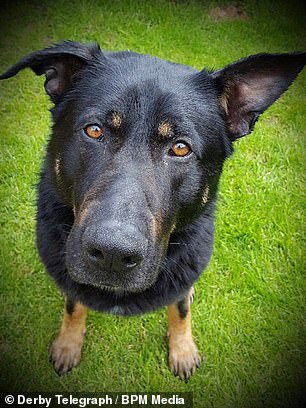 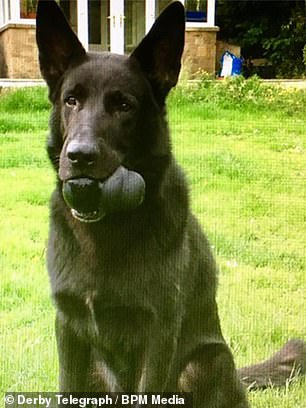 Derbyshire Police said two of its former police dogs Enzo, left, and Nelson, right have died recently. Both of the dogs had retired and were living with their respective handlers

And PD Nelson, who retired in 2012, died late last week at the end of a ‘happy life’ with handler Darren and his family.

The tweets said: ‘It is with great sadness and a heavy heart [that we] announce PD Enzo has passed away. He was taken seriously ill and rushed to the vets yesterday.

‘PD Enzo came to Derbyshire Constabulary from Gibraltar and found his forever home with his handler and family. He was brave, loyal, and a best friend and partner. He loved being with his family and will be greatly missed. Truly a one off.’

The team later thanked followers for their messages and said Enzo’s family would ‘take great comfort’ from them.

The tweets said: ‘It is with a heavy heart [that we] announce retired PD Nelson has died. Nelson served with Derbyshire police from 2007 to 2012 and retired to live a happy life with his handler Darren and family.

‘If Nelson could win a prize it would be for best climbing dog. Nelson assisted Darren in apprehending many prisoners and was a fearsome presence on football duty.’

fearsome, Goodbye, Lo, police, say
You may also like: