Police step in to stop selfish stockpilers barging past pensioners

And still they come! Hundreds of shoppers queue up waiting for Tesco to open as police step in and supermarkets hire security guards to stop selfish stockpilers

Hundreds of shoppers were spotted queueing around the entire carpark of a Tesco at 6am today.

The same Tesco in New Malden, London, saw a similarly gigantic queue snake around its carpark at 5.50am yesterday. 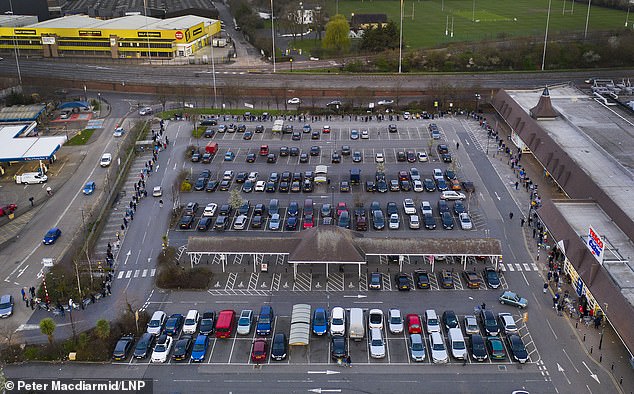 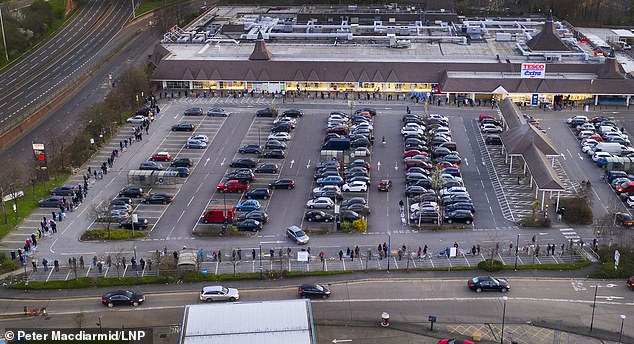 The same Tesco in New Malden, London, saw a similarly gigantic queue snake around its carpark at 5.50am yesterday

Police were yesterday forced to step in to stop selfish stockpilers from barging past pensioners and ransacking supermarket shelves.

Some supermarkets have introduced dedicated hours where NHS workers and the elderly are allowed to shop without other members of the public getting involved.

However, younger shoppers were spotted selfishly pushing past elderly people to continue with the panic-buying which has taken over across the nation.

Some supermarkets have hired security guards to try and level the playing field for those who are more vulnerable and haven’t had a chance to buy essentials during the coronavirus pandemic. 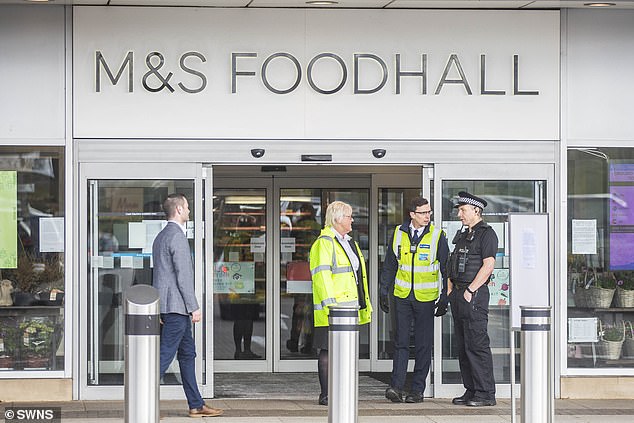 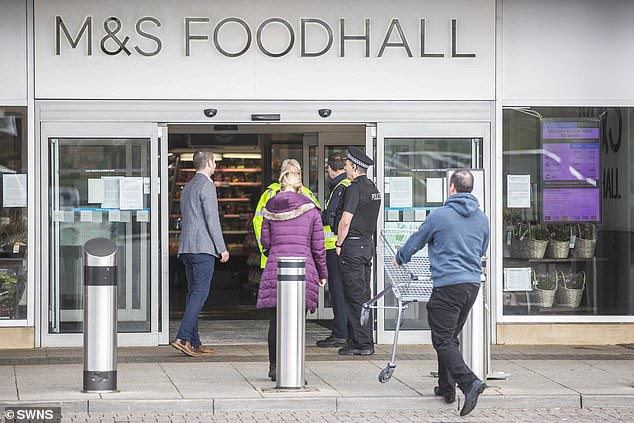 Younger shoppers were spotted barging past elderly and vulnerable customers

A Marks & Spencer shop in Cribbs Causeway, Bristol, was among the first shops to call in police to help ensure older shoppers could use the hour set aside for them.

Asda and Aldi have hired a sports security firm, Showsec, to protect against selfish panic buyers.

And some other 118 major stores across the UK have also requested to protection from customers who openly flout governmental advice to stop panic buying.

The staff, who are usually escorting boxers to the ring, have been employed to work from 5am to midday.

One Shosec worker told The Sun: ‘They cannot handle the trouble. They’re calling us in to try and get some order back but it’s going to be a mammoth task.’

Supermarkets are desperately trying to keep up with the demand in order to prevent the elderly and NHS staff and emergency workers from having to go without as a result of other selfish shoppers.