‘Polyamorous’ woman is walked down aisle by husband to ‘marry’ fiance

A woman dubbed Mrs Crumpet – who already has one husband and two lovers – has ‘married’ once again.

Mary Crumpton’s husband, Tim, 43, even walked her down the aisle during her ‘commitment ceremony’ before herself and her fiance, John Hulls, 53, made their vows to one another.

The imitation of a wedding – since the 43-year-old cannot legally marry again – was held at the Unitarian Church in Chorlton, Manchester. 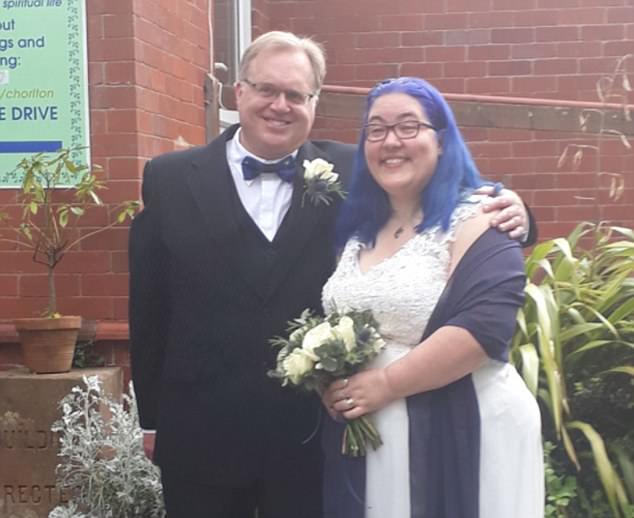 Pictured: Mary Crumpton with her fiance John Hulls, 53, on their ‘wedding’ day 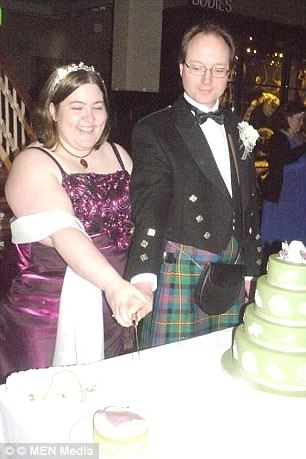 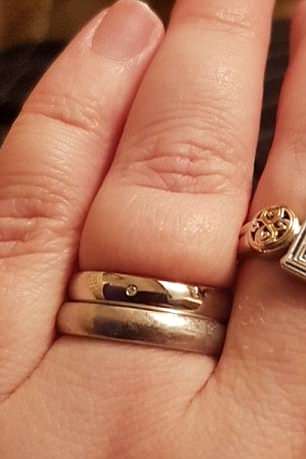 Pictured: Mary and Tim on their wedding day (left) and the 43-year-old’s new rings (right)

Mary lives with both her husband and her fiance and if that wasn’t enough, the life coach has two boyfriends – Michael, 63, and James, 73 – who live down the road from her.

Both attended Mary’s ceremony on Saturday, where she wore a white dress and celebrated after with 100 guests at a reception. 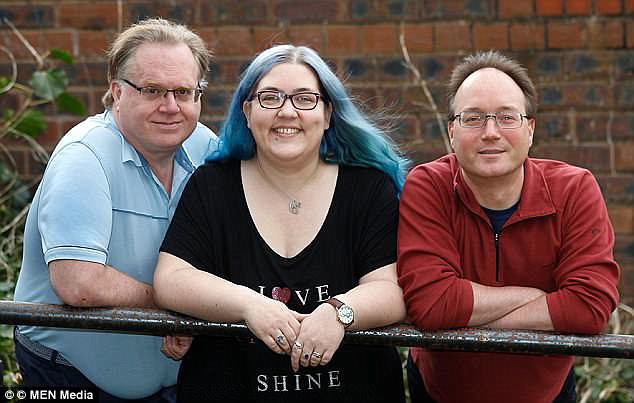 Pictured: Mary with both her partners – Tim her husband and John (far left) her fiance

Mary, 43, said: ‘It was a lovely day. Tim said a few words to bless mine and John’s commitment to one another.

‘Then John said a few words of respect for mine and Tim’s marriage. Then John and I made vows of lifelong commitment to one another.

‘We couldn’t sign legal documents as polygamy is illegal in this country but in all other respects the ceremony was conducted like a normal wedding,’ she told the Sun.

Mary is said to split her time equally between all four men.