While the nation has been overheating in the summer sun, the Queen has coolly been carrying out a timetable that would tire a woman half her age.

In the last ten days, the 92-year-old monarch has given out trophies, hosted receptions and greeted foreign dignitaries – as well as wearing heavy robes in the sweltering weather.

So with such a packed diary, it’s no wonder Her Majesty has finally been laid low with a summer sniffle. 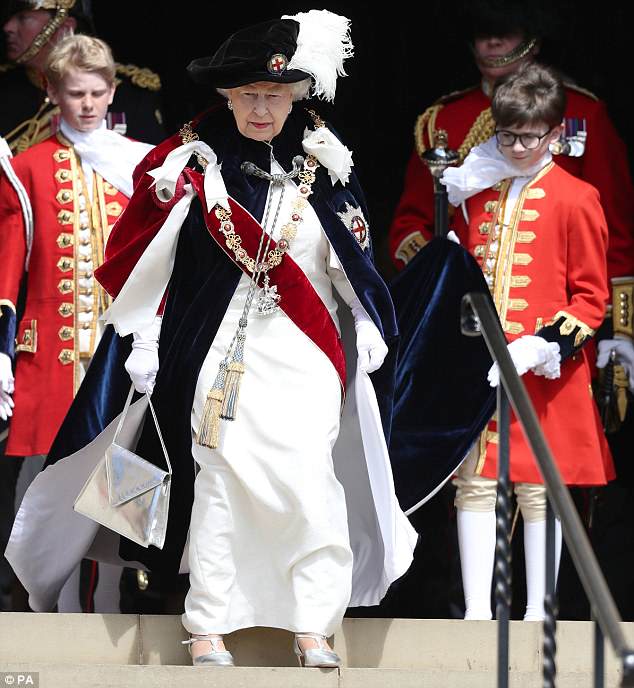 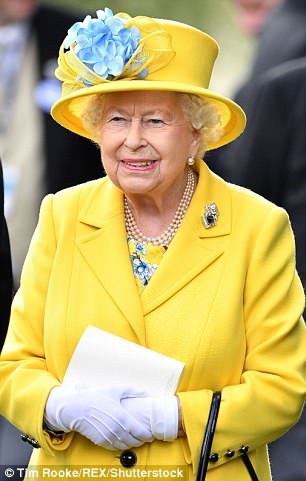 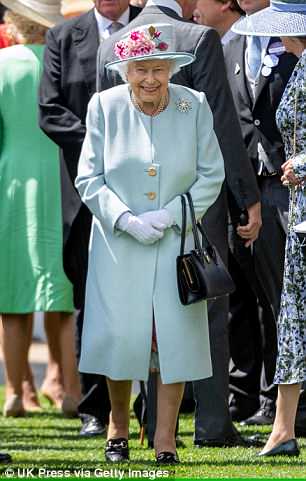 After nine appearances in ten days, yesterday she was forced to pull out of a ceremony in St Paul’s Cathedral because of a cold. Buckingham Palace said she was feeling ‘under the weather’, but aides stressed there was no cause for alarm.

Courtiers said her cold was mild enough that no doctor had been called and she was not taken to hospital.

And it seems the Queen will no doubt be back on form very quickly – as it is understood she was well enough to travel to Windsor yesterday afternoon for the weekend as planned.

As well as this, the programme of events for next week – she is due to visit Scotland – is currently expected to go ahead. 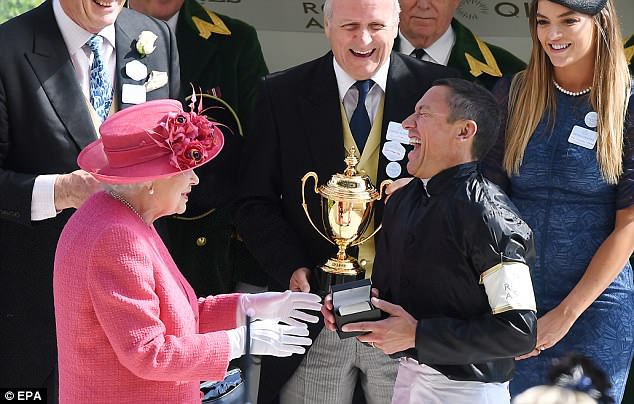 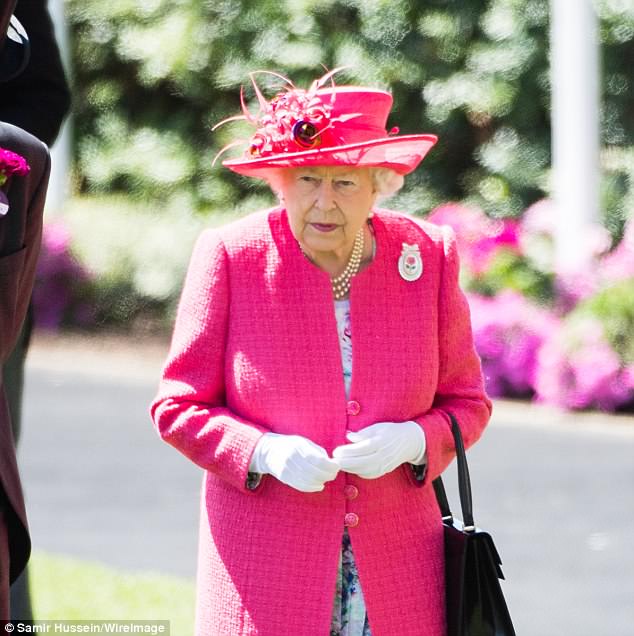 The Queen at Royal Ascot on Thursday June 21st 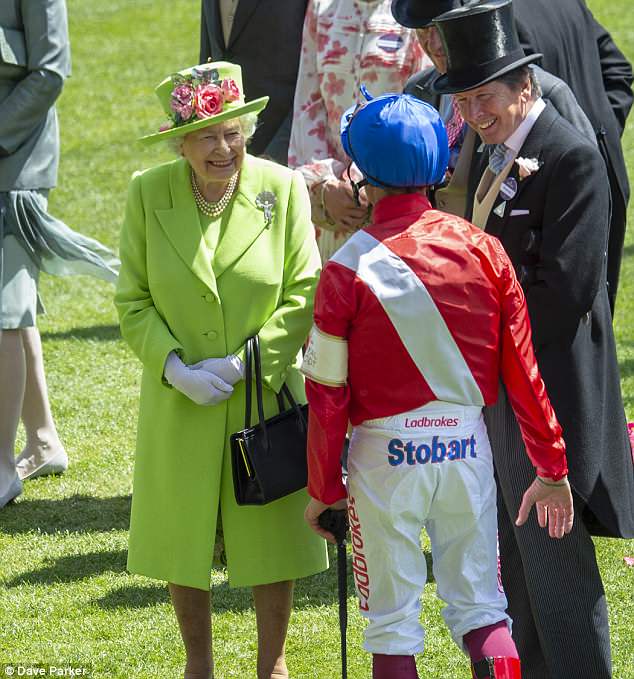 Her long run of engagements began last Monday, when she hosted the annual Order of the Garter ceremony at Windsor Castle.

The monarch then attended Royal Ascot for the next five days to see her beloved horses race – each day in a different brightly-coloured outfit, including a sunny yellow ensemble on Tuesday and a lime green dress that blended into the turf on Friday.

The equestrian theme continued on Sunday as she attended the Royal Windsor polo match. This was a private visit, and did not count as an official engagement.

After a day to catch her breath, the hard-working Queen met a host of guests at Buckingham Palace on Tuesday, including David Beckham and Sir Lenny Henry, for the Young Leaders Awards Ceremony.

Looking suitably floral in a green dress, she appeared alongside Prince Harry and Meghan.

On Wednesday, she hosted the High Commissioner for Tonga, the ambassador from Zimbabwe and other foreign dignitaries. Despite seeming in good spirits that day, it seems yesterday’s event, marking 200 years of the Order of St Michael and St George, was a step too far for the Queen. 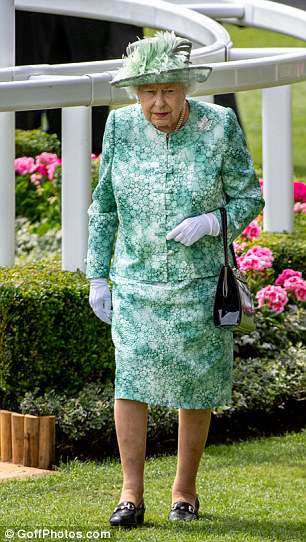 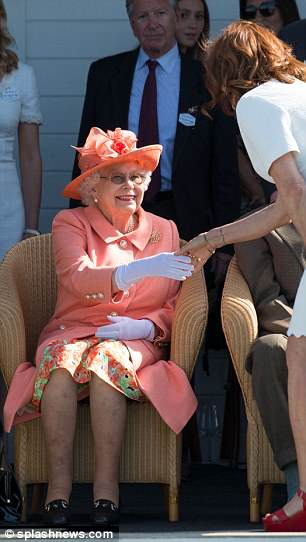 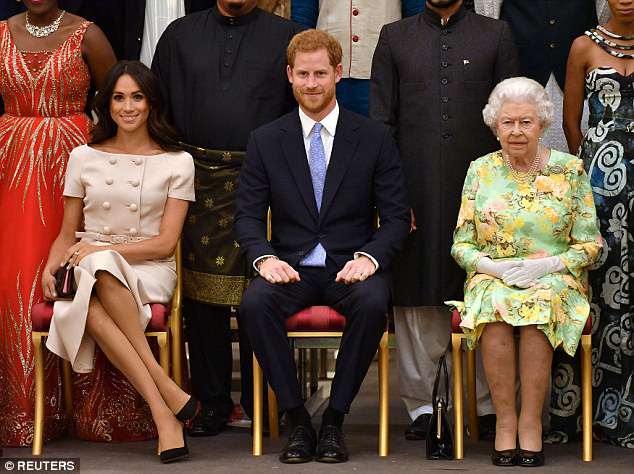 She was represented at the morning service by the Duke of Kent, the Grand Master of the Order.

However, it was Hollywood royalty that stole the limelight, with Angelina Jolie among the attendees. The actress, 43, was invited to the service as a recipient of an honorary damehood from the order, which recognises service in relation to foreign or Commonwealth affairs.

Miss Jolie, 43, wore an elegant ivory cowl-neck gown by Ralph & Russo, a favourite designer of the Duchess of Sussex, with matching hat, handbag and gloves.

Yesterday marked an unusual absence for the Queen, who is known for her strong constitution and no-fuss approach to her infrequent illnesses. Last month she had eye surgery to remove a cataract, but she was treated as a day patient and did not cancel any appearances. 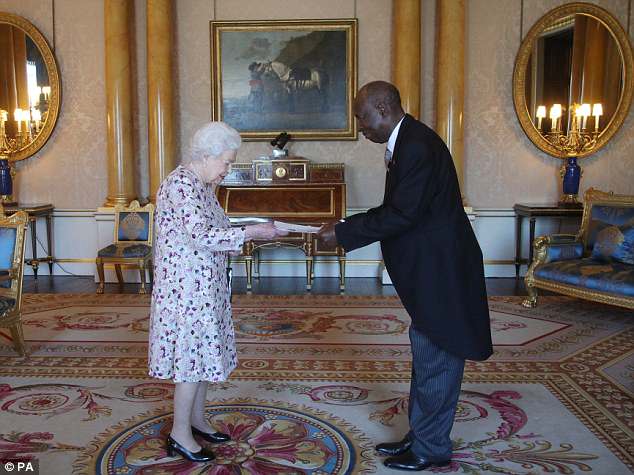 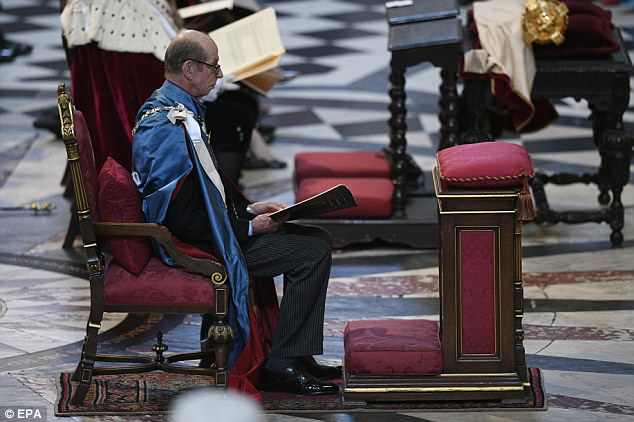 The Duke of Kent attends the Order of St Michael and St George Service at St Paul’s Cathedral, taking the place of the Queen on Thursday June 29 th 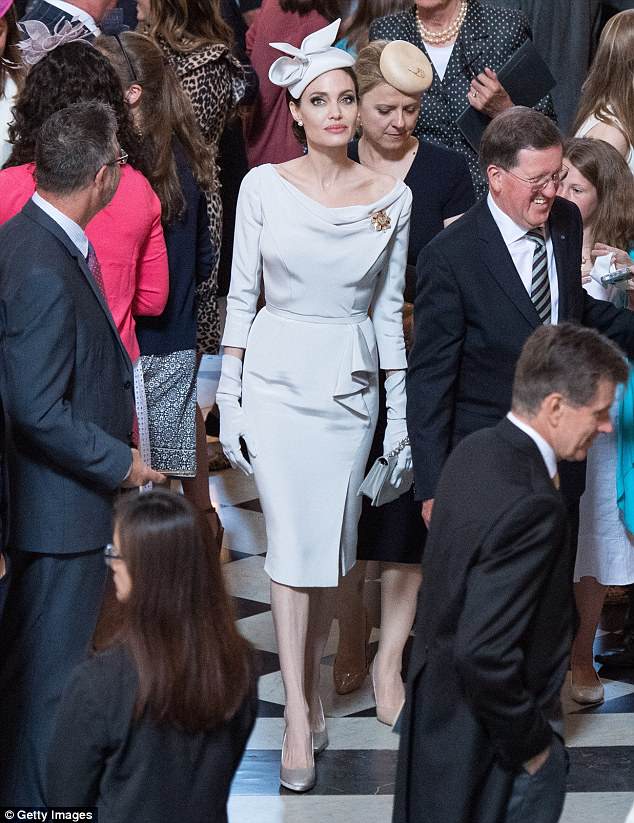 The Queen missed a date with Angelina Jolie at the service of Commemoration and Dedication, marking the 200th anniversary of the Most Distinguished Order of St Michael and St George at St Paul’s Cathedral

Dickie Arbiter, a former Buckingham Palace press secretary, said: ‘To have had to back off from a ceremony at St Paul’s Cathedral would really upset her but obviously she’s got a summer cold and she’s erring on the side of caution.

‘She is the only one who can say if she’s doing too much or not, but she is certainly very good at pacing herself.’

Ingrid Seward, editor-in-chief of Majesty magazine, added: ‘I can’t believe how much she’s doing, and I think she’s trying to do too much.

‘But she is of that generation in which some of these women are actually really tough.

‘But she has got a really big week in Scotland next week, and she may have decided “don’t be an idiot, get some rest now” and pull out now so she is back on form more quickly.’

No other member of the Royal Family has done as many official engagements over the last ten days.