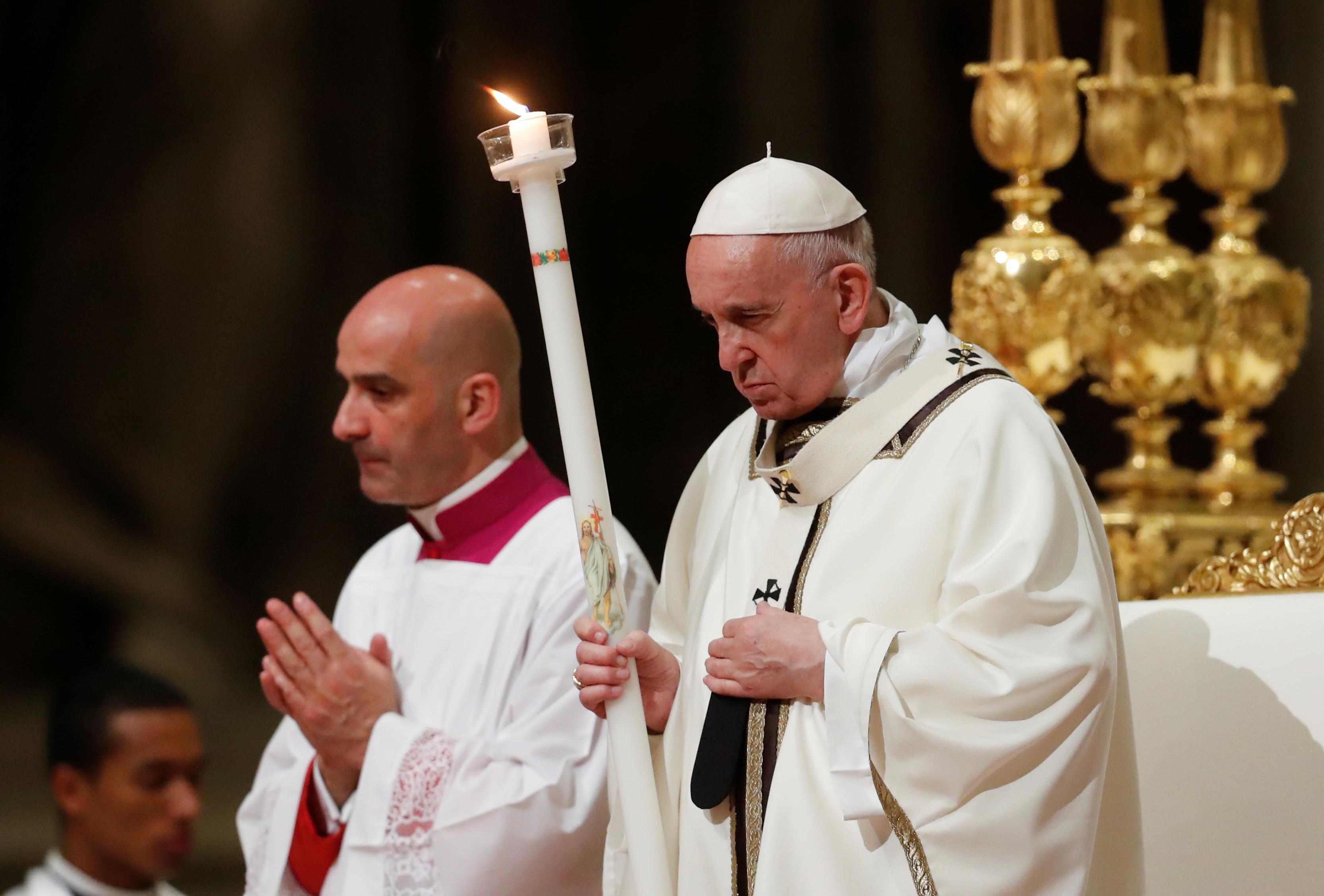 VATICAN CITY (Reuters) – Pope Francis led the world’s Roman Catholics into Easter at a vigil Mass in St. Peter’s Basilica on Saturday night, urging the faithful to live not for transient things like wealth and success but for God.

The largest church in Christendom was dark at the start of the long service as the pope carved into a candle the numbers of the year 2019 and the first and last letters of the Greek alphabet – Alpha and Omega – signifying that God is the beginning and end of all things.

Easter, the most important day in the Church’s liturgical calendar, commemorates the day Christians believe Jesus rose from the dead.

Francis, marking his seventh Easter season as pope, wove his homily around the Bible account of the women who went to Jesus’ tomb only to find it empty and the large stone that had sealed it had been cast away.

“God takes away even the hardest stones against which our hopes and expectations crash: death, sin, fear, worldliness,” he said.

“There is another stone that often seals the heart shut: the stone of sin. Sin seduces; it promises things easy and quick, prosperity and success, but then leaves behind only solitude and death. Sin is looking for life among the dead, for the meaning of life in things that pass away,” he said.

During the Mass, Francis welcomed eight adult converts into the Church, conferring on them the sacraments of baptism and confirmation. They were from Italy, Albania, Ecuador, Indonesia and Peru.

On Sunday, the 82-year-old leader of the world’s 1.3 billion Roman Catholics is due to say a Mass in St. Peter’s Square and read the traditional “Urbi et Orbi” (To The City and The World) message.