Popocatépetl eruption: 26million at RISK as Mexican volcano ‘ON BRINK’ of HUGE eruption

Popocatépetl volcano, just 35 miles from Mexico City and 20 miles from Puebla sent ash and plumes of smoke more than 1.5 miles high. Mexico’s National Centre for Disaster Prevention (CENAPRED) has warned people to keep away from Popocatépetl after 200 eruptions were recorded in just 24 hours. A level three yellow alert has been issued meaning the chance of volcanic activity is immediate to high.

The alert is just one away from a red alert which would force locals to prepare for evacuation.

A 7.5 mile “security radius” has been implemented around the volcano, in case of a bigger eruption.

A total of 26million people live within 60 miles of the volcano’s crater and all could be at risk in the event of a catastrophic eruption.

Several towns have been blanketed after the explosion saw ash blow 1.8 miles. 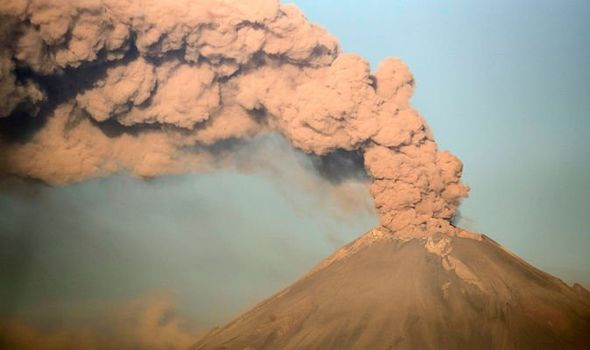 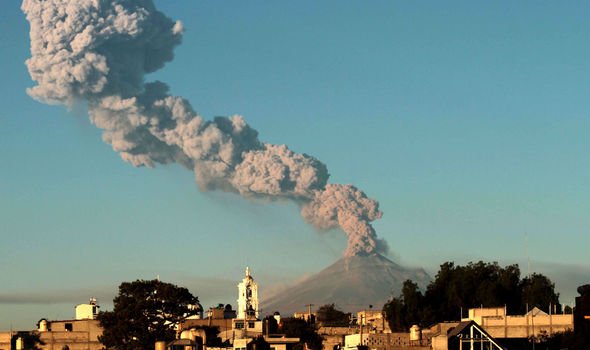 Pieces of burning rock were projected one and a half miles down the slope, causing grassland to erupt in flames.

CENAPRED warned people to stay clear of the volcano, as landslides and fragments of flying rock remain a danger.

They said in a statement: “Through the Popocatepetl volcano monitoring systems, 61 exhalations were identified, accompanied by steam and gas, and a few exhalations with a slight amount of ash. 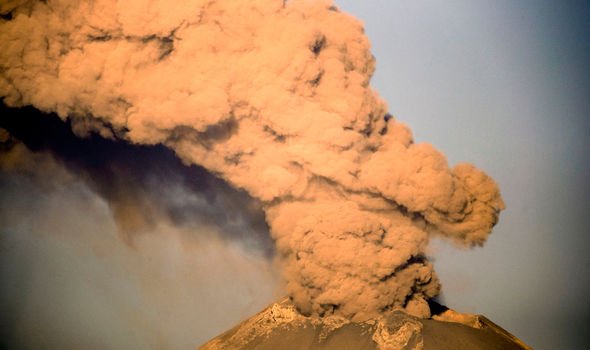 “An explosion was also recorded yesterday at 06:50h, which generated a 2.5km column with moderate ash content, which was dispersed to the southeast, and fragments were observed on the slopes of the volcano at an approximate distance of 1000 m.

“CENAPRED emphasises that people SHOULD NOT go near the volcano, especially near the crater, due to the hazard caused by ballistic fragments and in case of heavy rains leave the bottoms of ravines by the danger of landslides and debris flows.”

“The monitoring of the Popocatépetl volcano is carried out continuously 24 hours a day.

“Any change in activity will be reported in a timely manner.

“The level of the Volcanic Warning Semaphore will depend on the evolution of the activity of the volcano.”