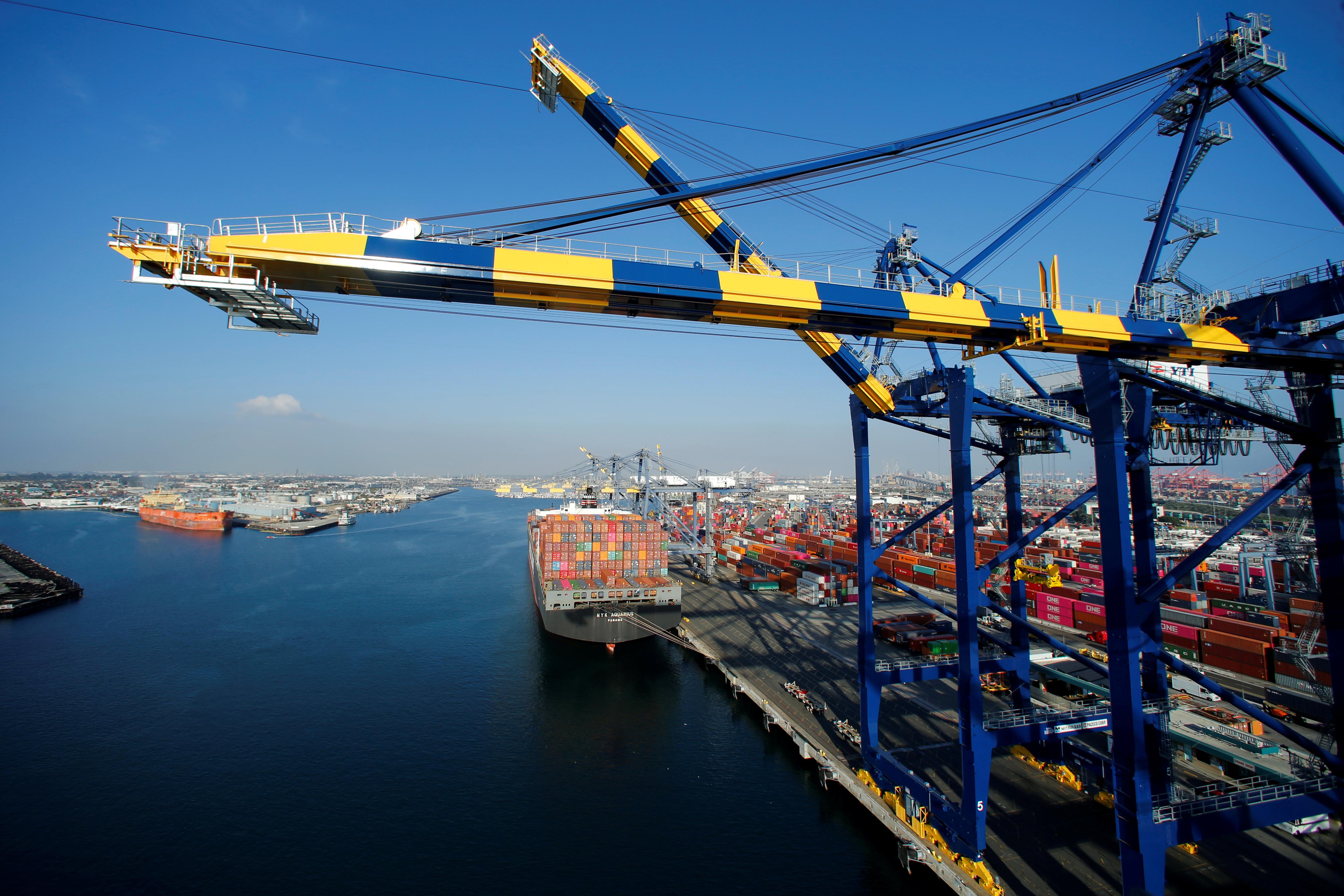 Imports fell 2.9% to 402,320 TEUs, or 20-foot equivalent units, in September – the first decline at the Port of Los Angeles since February. Exports dropped 11% to 130,769 TEUs – the 11th consecutive monthly fall. TEU is a standardized maritime measurement for counting cargo containers.

The “U.S.-China trade war continues to wreak havoc on American exporters and manufacturers,” said Port of Los Angeles Executive Director Gene Seroka, who added that he expects to see softer volumes in the fourth quarter.

Imports surged at the Port of Los Angeles and other major U.S. seaports in August after importers rushed in goods to avoid new 15% U.S. tariffs on Chinese-made consumer goods such as surfboards, smart watches, flat-screen TVs and shoes that started on Sept. 1.

More trade swings are expected as the list of tariff-targeted goods is expanded on Dec. 15 to cover about $300 billion in imports. In addition, 25% tariffs on $250 billion worth of imports already imposed over the past year are set to rise to 30% on Oct. 15.

The Global Port Tracker from the National Retail Federation and Hackett Associates estimates that imports at major U.S. ports rose 1.6 percent in September. It is forecasting a 5.1% drop for October, an 8.9% jump in November and a 9.3% decline for December, when ports traditionally see a falloff because most holiday merchandise has already arrived.

“The strength of retail consumption will push any meaningful slowdown in imports into next year, when the full impact of the tariff wars will be translated into a consumption tax felt by consumers,” Hackett Associates Founder Ben Hackett said.

asia, imports, trade, Us, USA
You may also like: