Prankster hilariously ‘translates’ insults from a group of Irish men

‘You dangerous llama’: Prankster hilariously ‘translates’ insults from a group of furious Irish men challenging someone to a fight

An internet prankster has added hilarious subtitles to a video of a group of furious Irish men challenging someone to a fight.

It is unclear where exactly the video was filmed but the men repeatedly refer to the city of Cork and challenger their enemy, a man apparently called John-Paul, to come back to Ireland to ‘fight’.

They take turns in front of the camera while yelling incomprehensible, angry words at John-Paul and demanding a fight with ‘Kathleen’s bike’.

The video of the men would be funny on its own, but the hilarious subtitles take it to another level.

The clip has been uploaded to YouTube and has more than 140,000 views.

It is captioned: ‘Indecipherable threats to John-Paul and Kathleen’s bike or something.’ 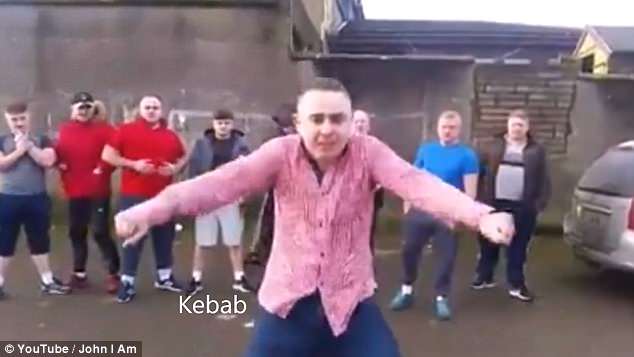 This man strikes a strange pose before chanting ‘Kebab, kebab, kebab’ at the camera, according to the ‘translation’

Throughout the video, the men can be seen taking turns to unload a barrage of angry comments at the camera and John-Paul.

The footage stars with a man in a blue tracksuit shouting into the camera.

According to the hilarious ‘translation’ he says: ‘I’ll fight the two of you. I’ll fight Kathleen’s bike first. Our Mamma was right, you go to bed.’

The next man is even more funny as he strikes a pose while apparently shouting: ‘Kebab, kebab, kebab balls. Listen, I’ve been streaking for three months, with my own gimp hair.’ 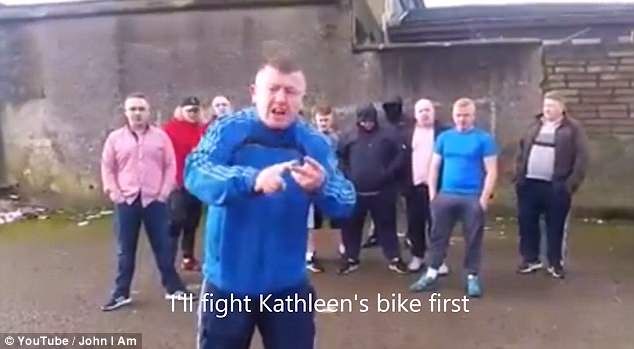 The group of ten seem to be challenging a man called John-Paul to a fight, as well as ‘Kathleen’s bike’

The next man shouts a strings of abuse before the prankster translates him as saying: ‘You dangerous llama.’

As more and more men comment, the group gets increasingly angrier and increasingly more difficult to understand – making the subtitles even more amusing.

One of the men is bizarrely covering his face with the hood of his rain coat. 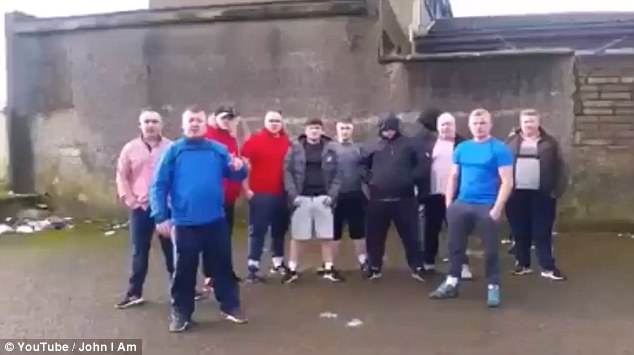 Other threats to John-Paul see one man offer to pay for his flight back to Ireland, while, according to the YouTuber, another says: ‘Avoid any one of you that don’t eat cabbages.’

They get so rowdy that the prankster cannot keep up and stops ‘translating’ what they are saying.

He instead decides to write: ‘If we all shout at one it will be twice as menacing. Even though nobody will have a clue what we are on about.’ 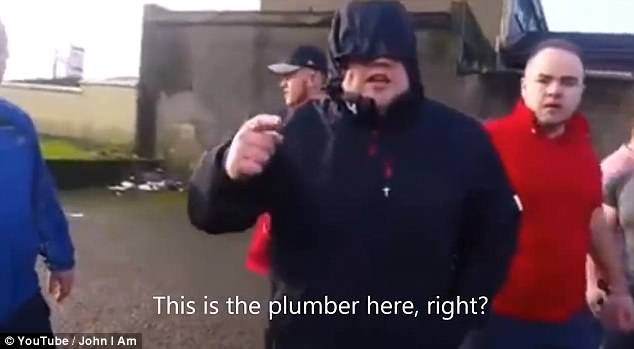 One of the men is bizarrely using his raincoat’s hood to cover his face, with the prankster jokingly branding him the plumber