Pregnant dogwalker, 31, is stunned after rushing to help people inside what she thought was a crashed car only to find them ‘romping’ in the back 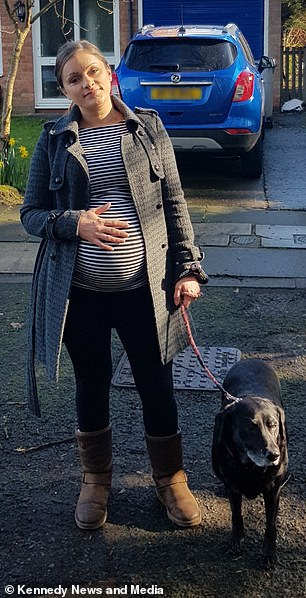 Felicity Rowlands, 31, thought the badly parked car was a couple in distress

A pregnant woman who rushed to help what she thought was a crashed car was horrified to discover a couple romping in the back – just yards from where children were playing.

Heavily pregnant Felicity Rowlands initially thought the pair were in need of help when she noticed the badly parked Renault Clio with its indicators on as she walked her dogs in nearby woods.

But as she approached the 31-year-old claims she saw the car moving and decided to video what she suspected was going to be foul play at around 5pm, last Wednesday.

The explicit footage shows an unknown couple in the back seat of the parked red Renault with the man visible.

His partner can be spotted underneath him wearing black leggings and white socks, with her legs in the air – in full view of nearby homes.

Despite Felicity claiming the woman must have spotted her, the shameless pair don’t appear to care and continue as she walks away down the residential street.

The senior administrator, who was left feeling ‘awkward and horrible’ as she squeezed past the car, joked she should have shown her baby bump as a warning to deter the lusty couple.

Felicity, from Bromborough in Merseyside, said: ‘It’s one of the most bizarre things I’ve seen while I’ve been walking the dog. 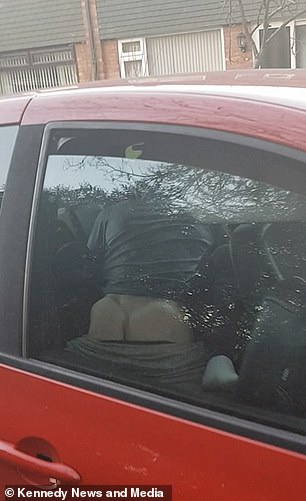 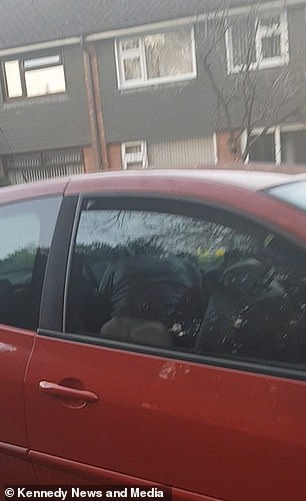 ‘I wasn’t expecting it. It’s a funny video. It’s quite shocking that they thought that it was okay to do that in broad daylight.

‘Children play around there as well so they obviously didn’t think. There are houses right opposite as well.

‘I was just walking the dog. As I was coming out of the woods I saw this car that was parked funny.

‘It had its indicator on so I assumed that it had its hazard lights on. I thought maybe the car had crashed.

‘Because of where the woods is, the car was literally right in front of me as I was walking up.

‘It wasn’t in the distance – it was right there. When I noticed that there were people in the back I did see that the car was moving ever so slightly.

‘I looked and I could see the passenger seat was forward and someone was in the back of the car. I thought – they’re not doing what I think they’re doing, are they?

‘I just had my phone camera and thought I would record it as I walked past to see what was going on. Then obviously I saw them doing that. 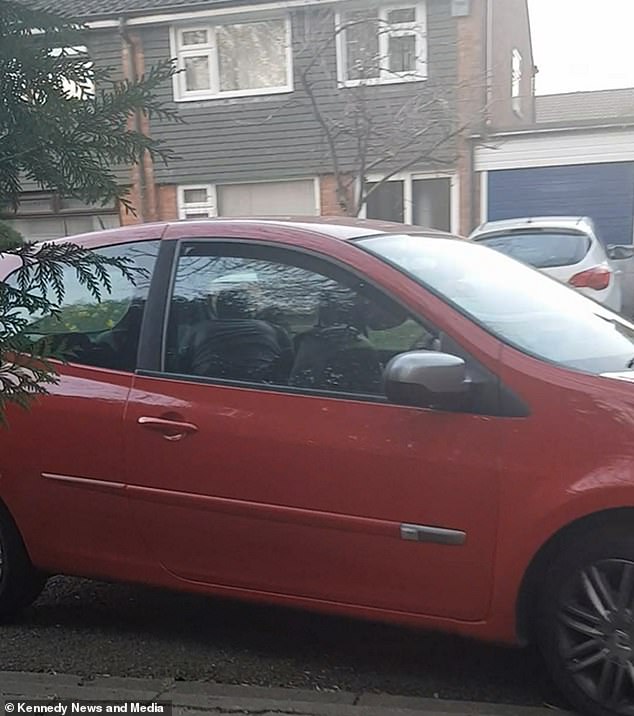 ‘It was a shock when I realised. I felt really embarrassed. It was a really odd thing to witness. They looked quite young as well. To do that, surely they must have been so desperate?

‘I don’t understand why they couldn’t have waited until they got home or at least until it got dark? It was weird.

‘I’m 35 weeks pregnant so I was tempted to knock on the door and say ‘I hope you guys are using protection because this is what happens’.

‘My partner asked me if I knocked on the window but I just said, no, I was far too embarrassed. I just wanted to walk away. 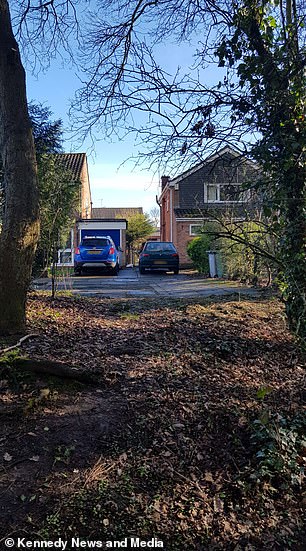 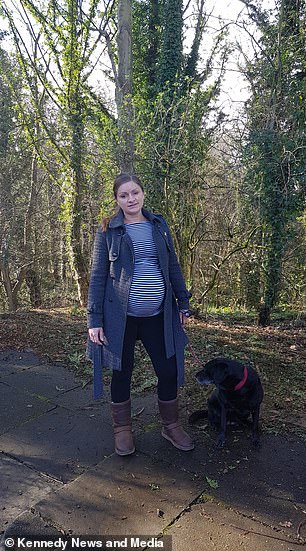 Dog walker Felicity Rowlands (right) found the pair in the clearing (left). Before she discovered what was going on she thought the couple may be in need of help

‘I wasn’t expecting to see them having sex. It felt awkward and horrible [to have witnessed it].’

Felicity, who filmed the footage at around 5pm on Wednesday 27 February, claims young children play in the woods just yards away from where the couple were having sex.

Felicity said: ‘I would say it’s funny, but then after you think about it and you’ve seen the funny side, you think how gross it is.

‘The kids were playing at the very bottom of the woods – I don’t know if they saw it. They hang around there until it gets dark and then they come out.

‘I hope that they didn’t see them having sex.

‘Why could they not have just gone home? Why do you feel the need to do it in the back of a car in broad daylight when you know people could just walk past.

‘Obviously there are houses right opposite where they were. Why have they not got the decency to not have sex in public? I don’t want to see that when I’m walking the dog.’