The Duchess of Cambridge’s younger sister, 34, was spotted being asked to leave a branch of the supermarket chain in London after she wandered in with her two dogs. 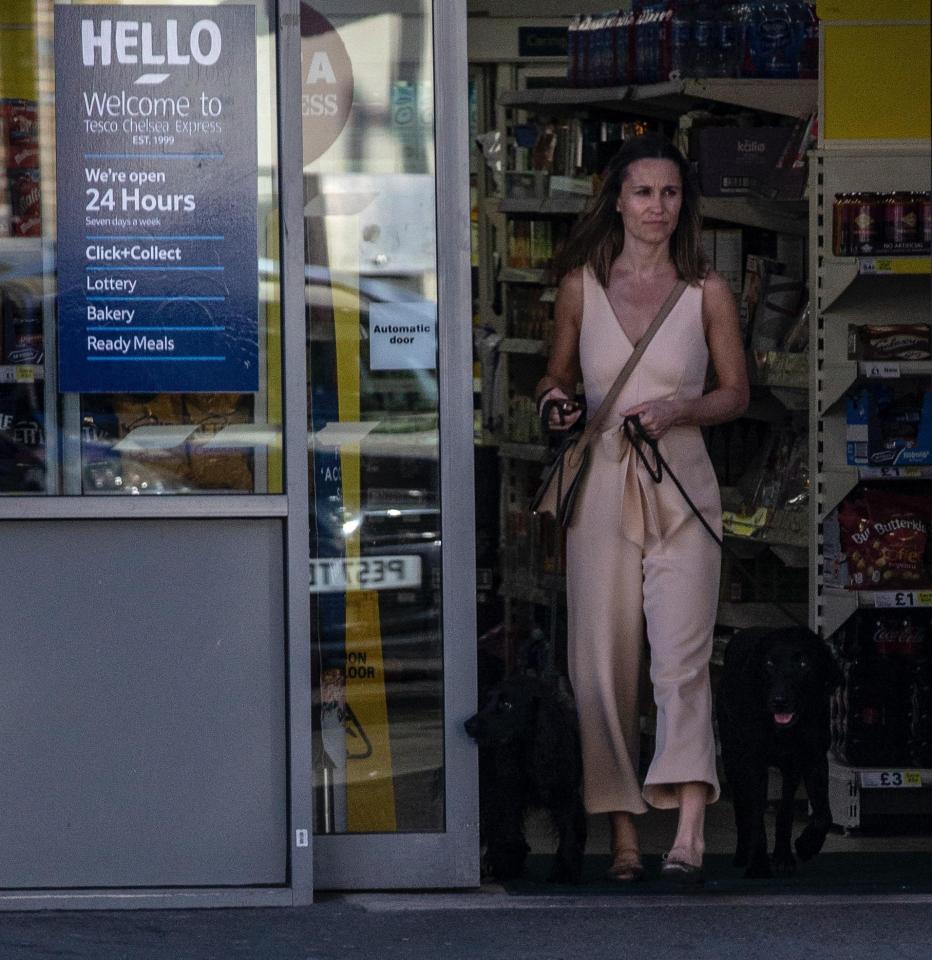 Pippa, looking summery in a sleeveless tan-coloured outfit and trendy shades, and who was out and about with a female friend, was asked to leave the grocery store by a worker shortly after entering because she was with her dogs.

Enjoying the sunshine was her cocker spaniel, Rafa, and her husband's black Labrador.

Although she looked slightly put out as she left, Pippa followed the assistant’s instructions and politely left.

The incident happened just hours before The Sun exclusively revealed the wife of financier James Matthews, 42, was pregnant with her first child.

They told close family and friends last week after her 12-week scan. 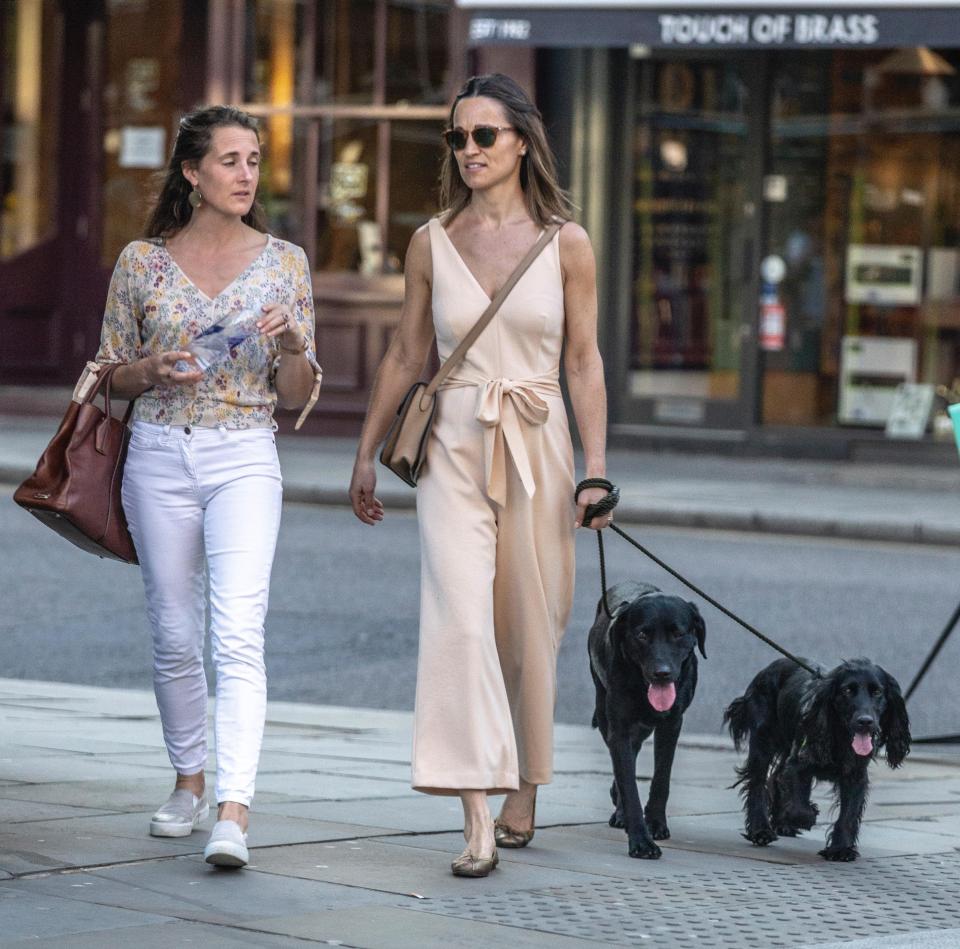 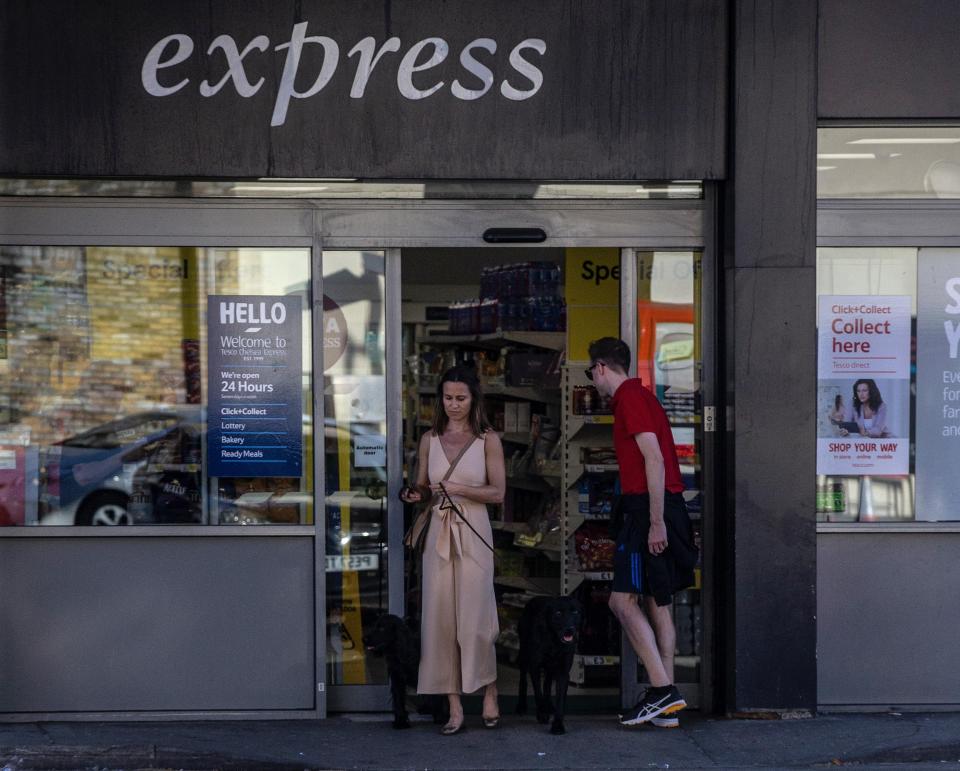 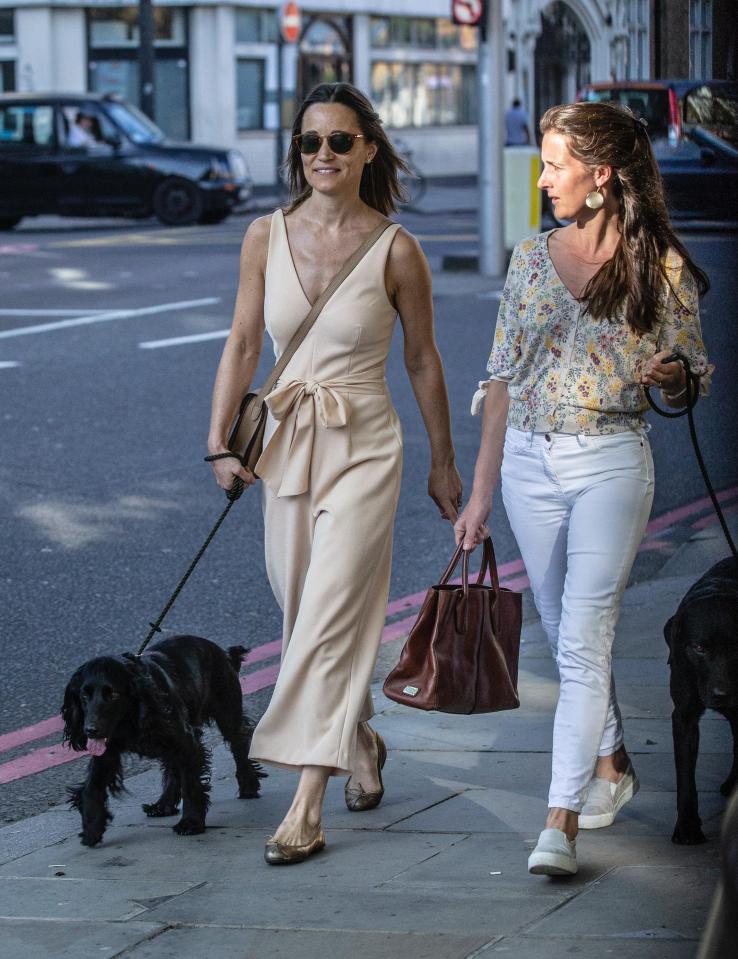 A friend of the Duchess of Cambridge said that she couldn’t be more delighted for her little sister.

Kate, only days away from giving birth to her third child, was the first person after Pippa’s husband, James Matthews, to hear the good news.

A friend said: “When Pippa found out she was pregnant, she was obviously thrilled and utterly overjoyed.

“Naturally, big sister Kate and parents, Carole and Michael, were the first people she told — James aside — and they could not have been more delighted. 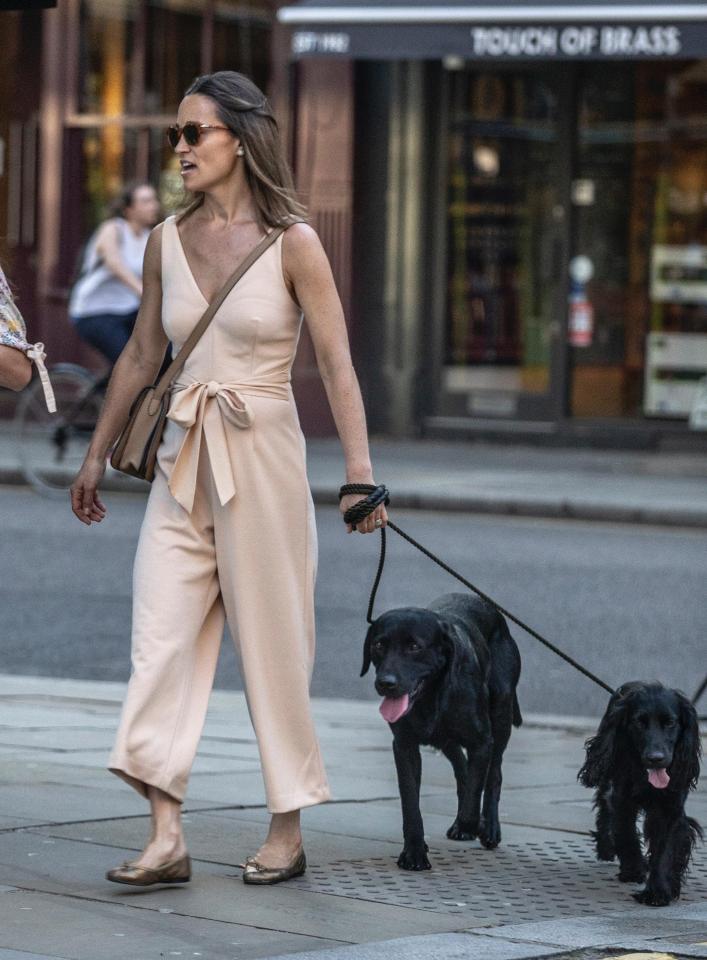 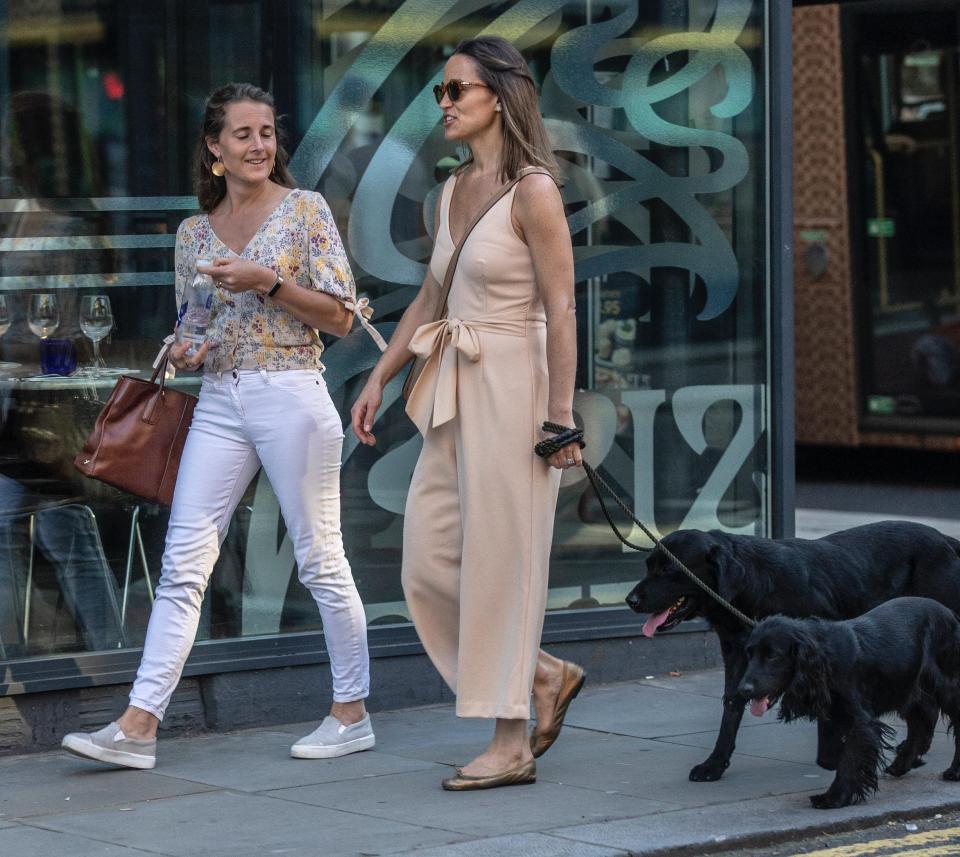 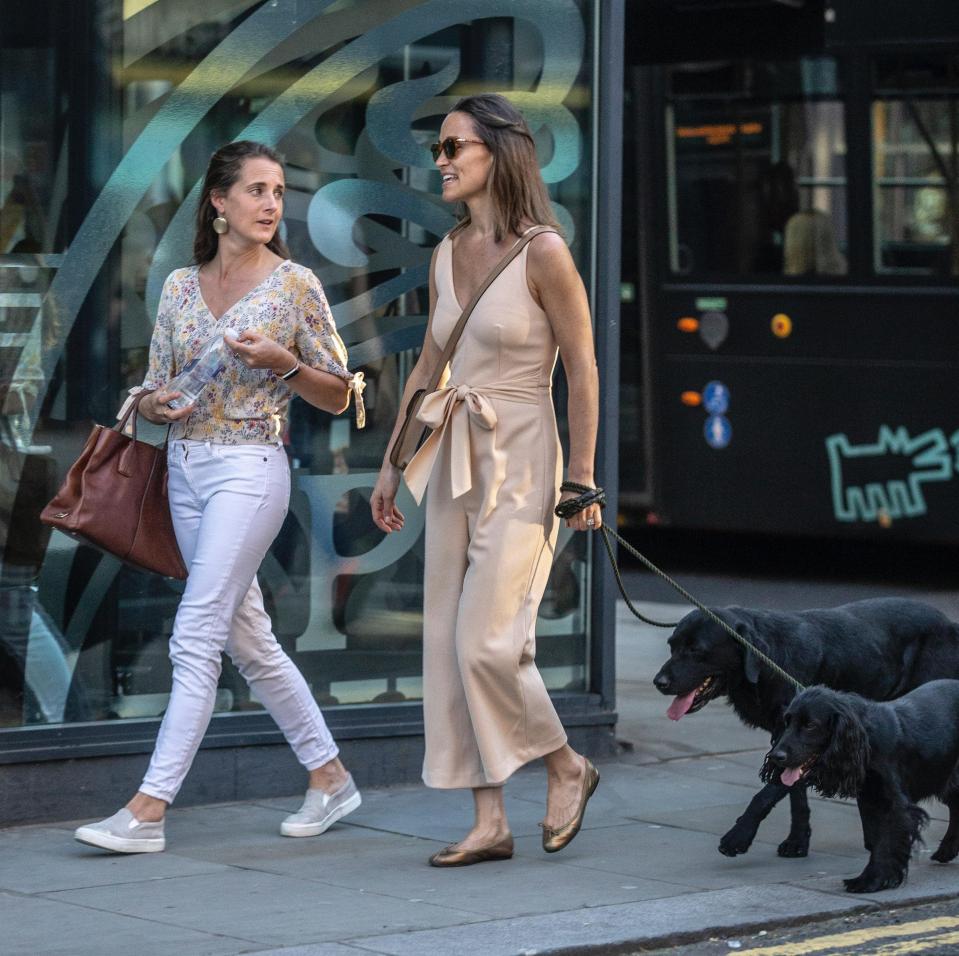 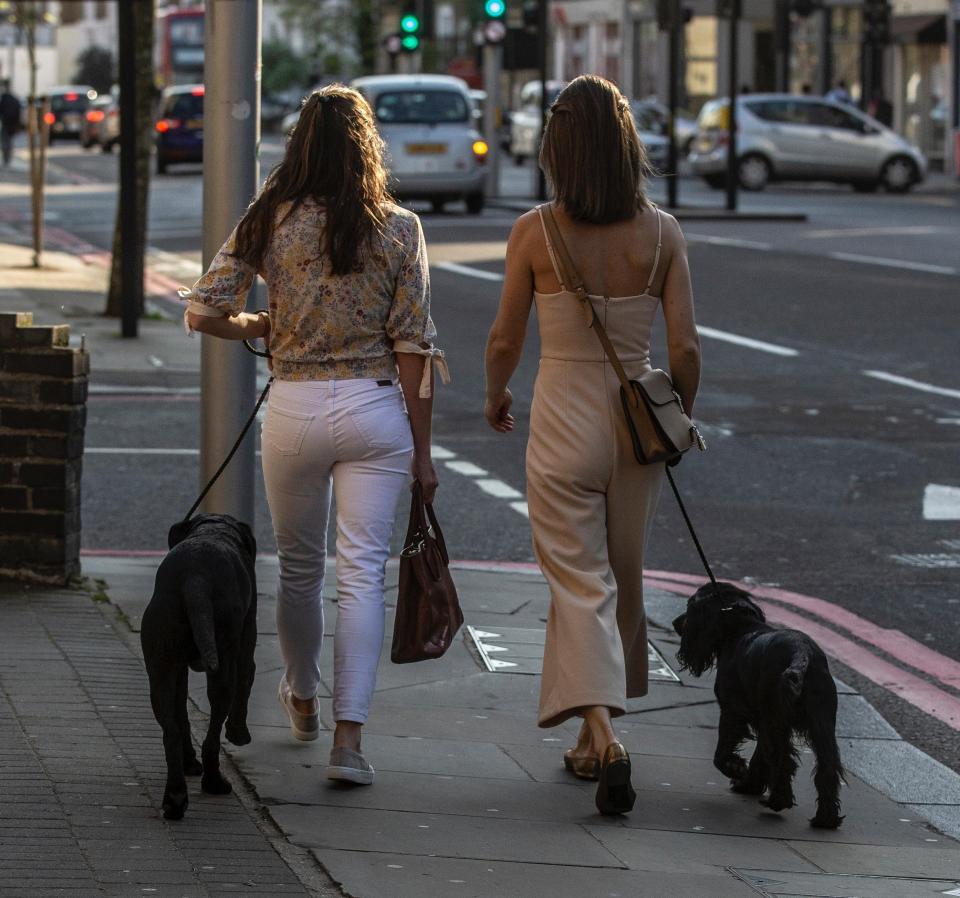 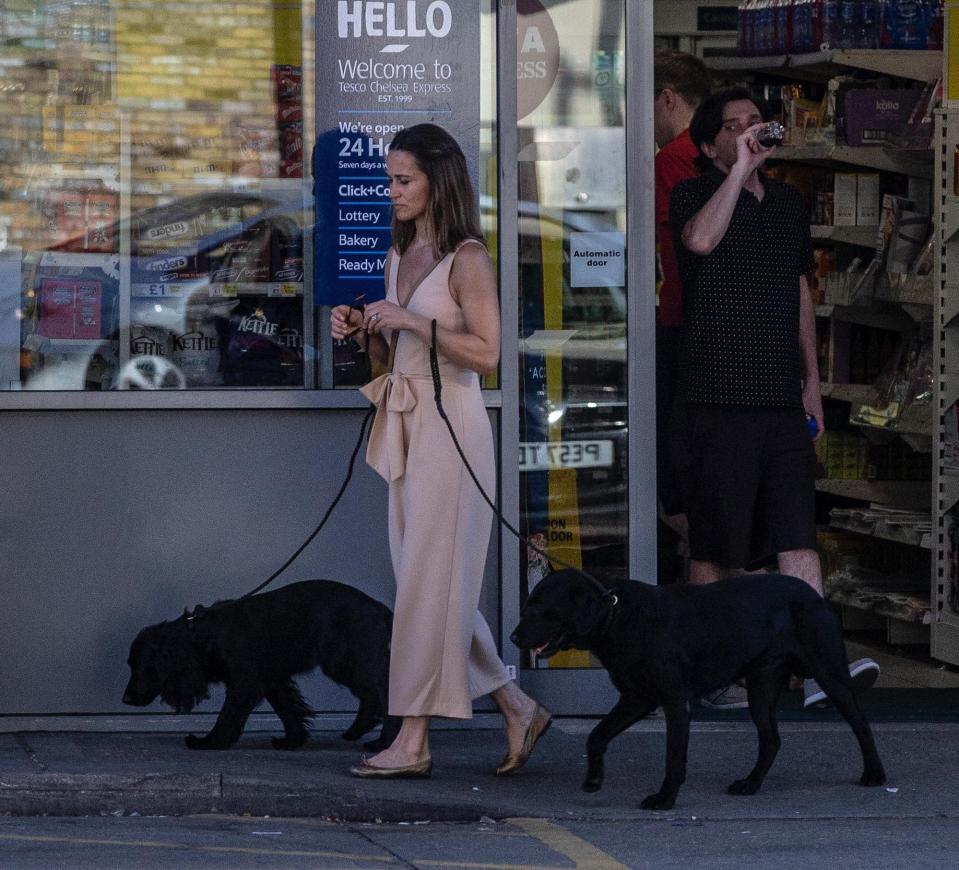 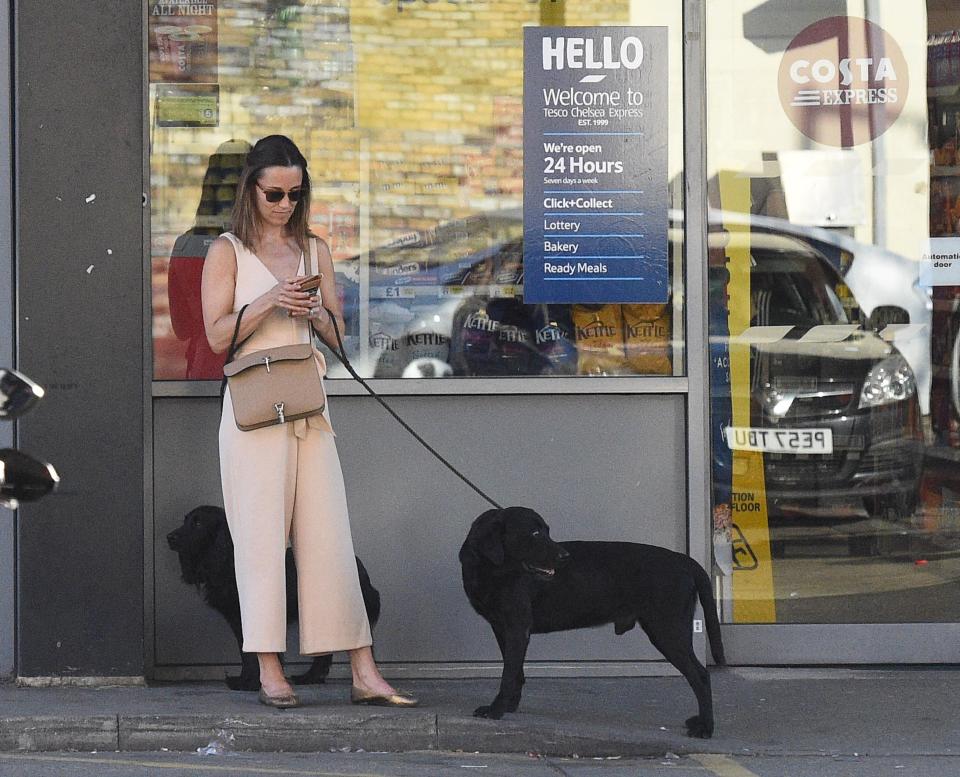 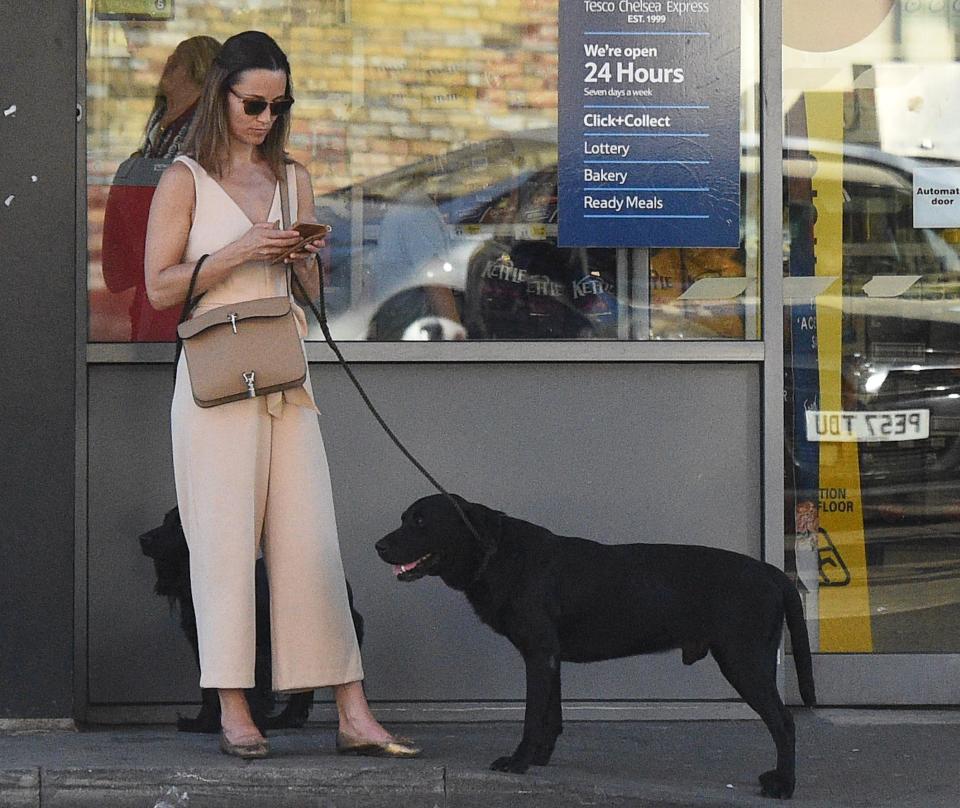 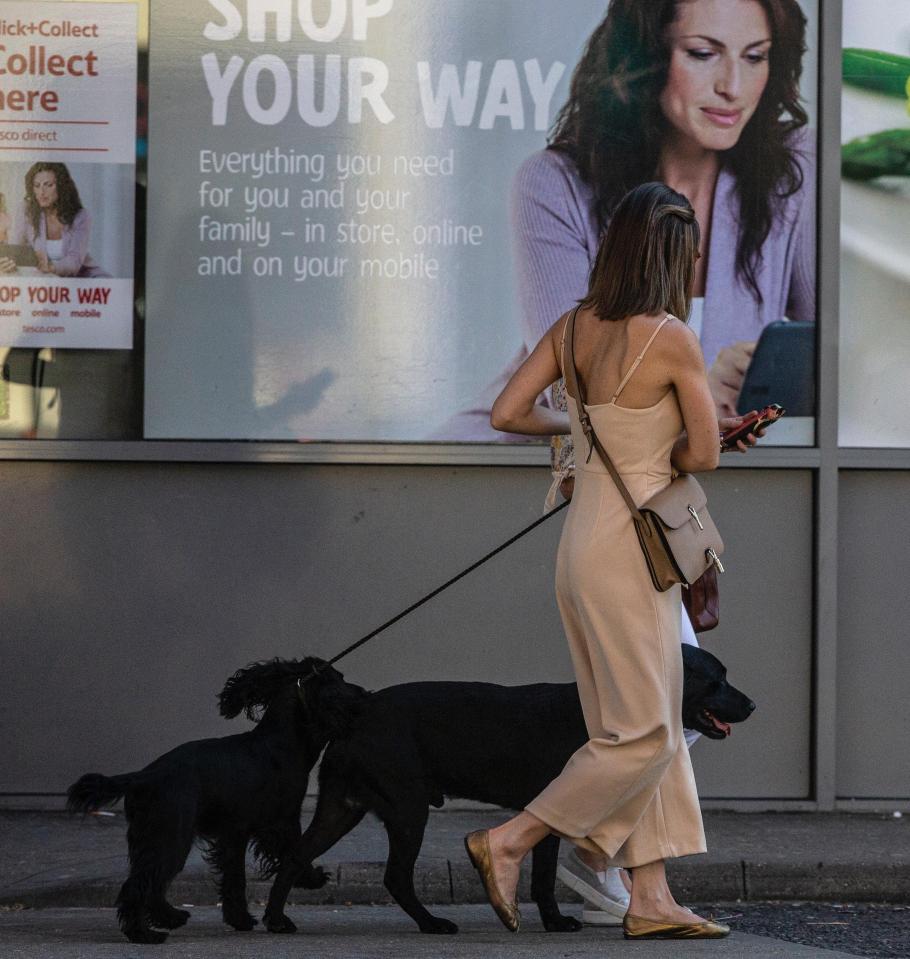 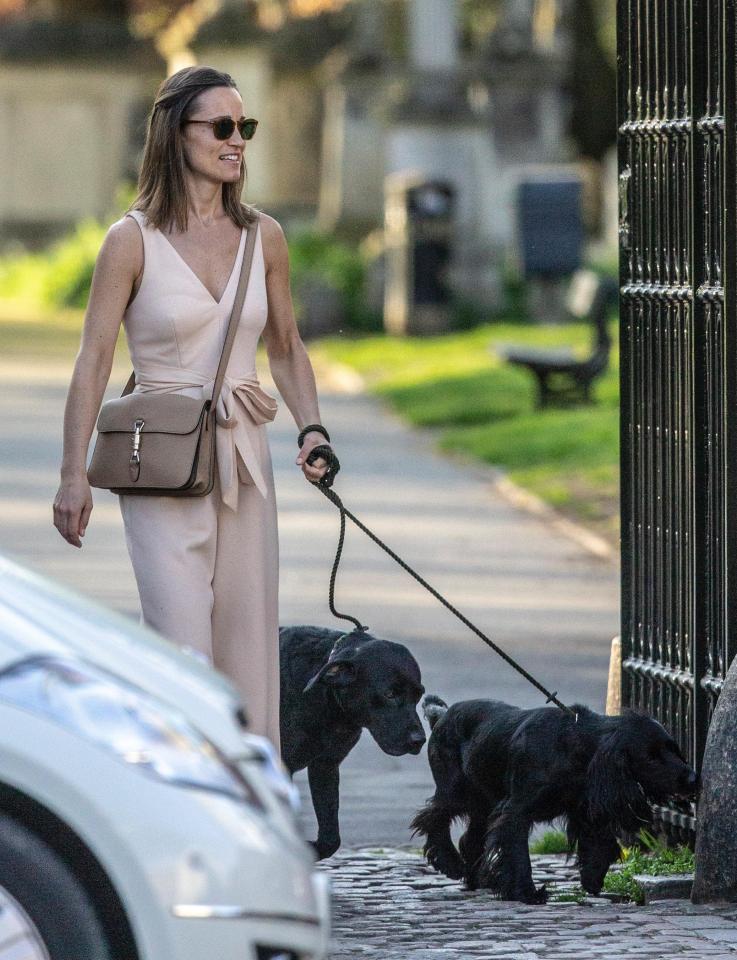 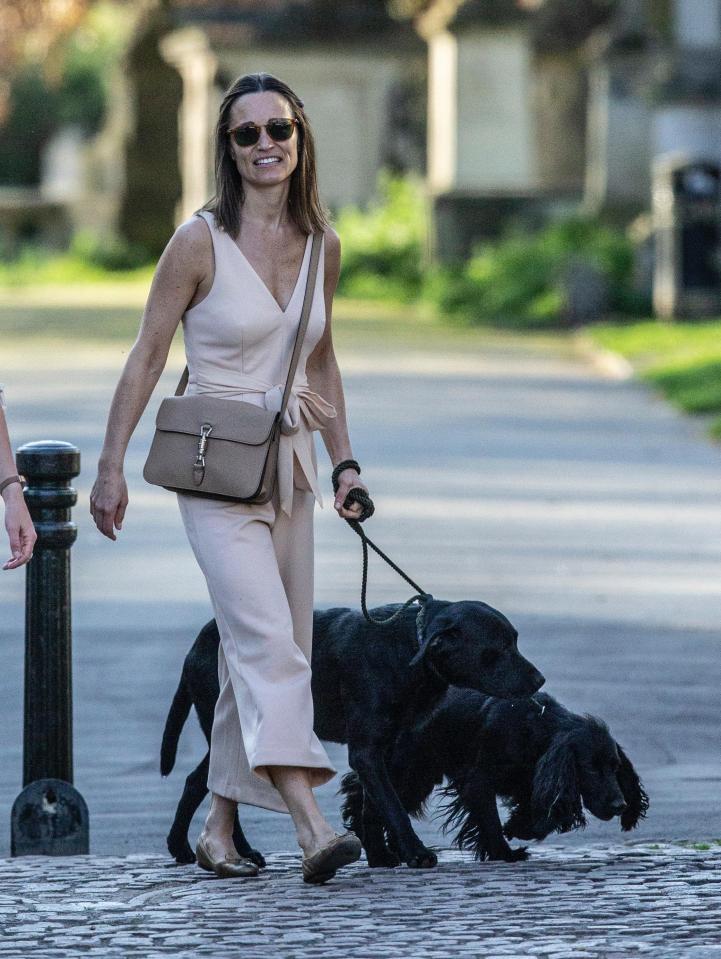 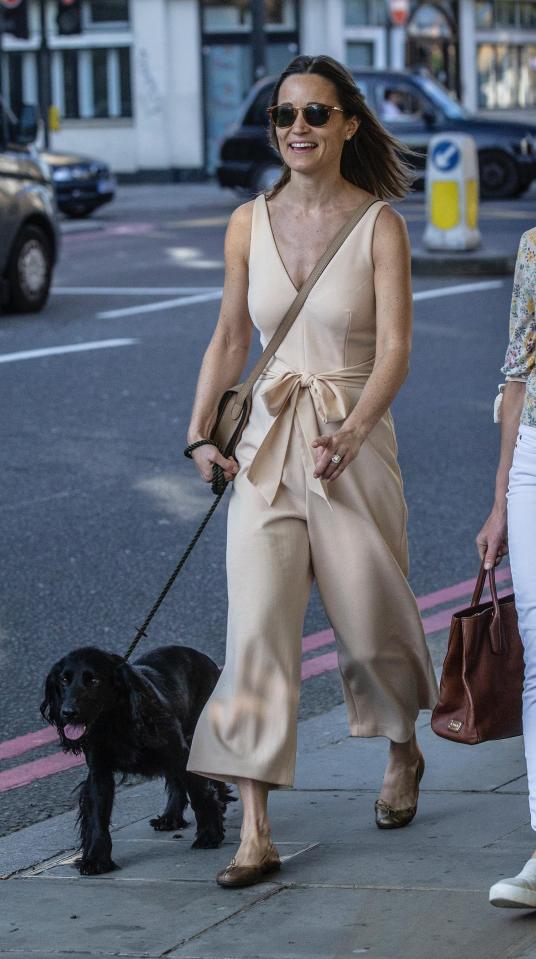 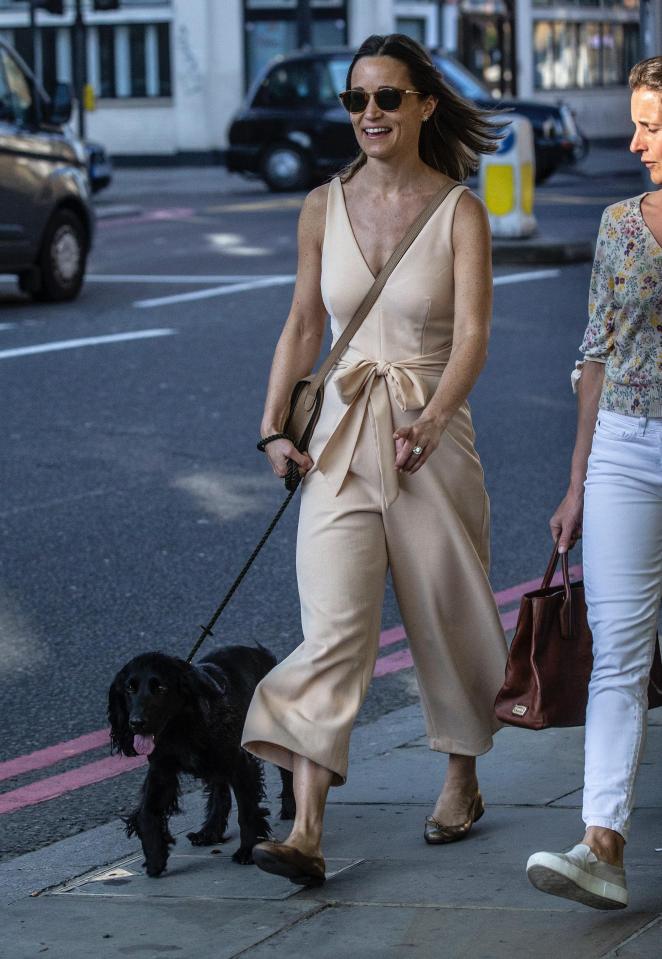 “It’s been a tough few weeks for the two families, so this has provided some much-needed happiness and light relief.”

The announcement comes weeks after James’ younger brother, former Made In Chelsea star Spencer Matthews, 28, and his 32-year-old fiancée, model Vogue Williams, confirmed they were expecting their first child.

Pippa was said to be eager to start a family after marrying financier James in May last year in a lavish countryside wedding which had Prince Harry, Roger Federer as well as the Duke and Duchess of Cambridge as guests.

The friend added: “Pippa and James have always known they wanted children.

"They have made the most of their first few months of marriage and felt the time was right to expand their family.”

The baby is due in October.

The baby news comes after recent troubles for Pippa’s father-in-law David, 74 had allegations he raped a minor made against him.

He was questioned in March by French police over an attack, said to have happened between 1998 and 1999, and placed under investigation by a magistrate.

This month, it was revealed a second woman had made similar claims against him, this time dating back to the 1980s.

He denies the allegations, labelling them “untrue and scandalous”.