Follow
Home » World News » Is President Donald Trump about to talk himself into an impeachment?

Is President Donald Trump about to talk himself into an impeachment?

Washington: Is President Donald Trump about to talk himself into an impeachment?

The topic du jour may be Rudy Giuliani's bombshell about Stormy Daniels, but the more important story remains Special Counsel Robert Mueller's investigation of the Russia scandal and possible obstruction of justice by the president. Trump has been taking to Twitter to make some newish arguments about obstruction, apparently trying to prove the preposterous idea that presidents cannot obstruct justice. He's only bolstering the case for obstruction. 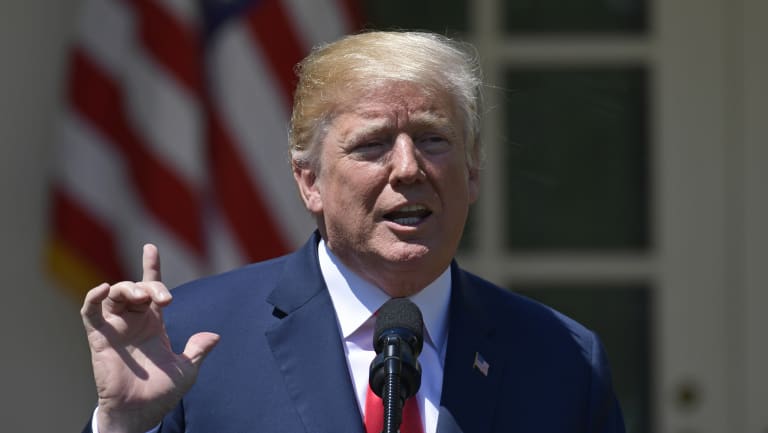 There's been a series of indictments, some as part of plea deals. In general, Trump's "no collusion" refrain simply does not conform to the facts as known, at least for the campaign overall, even though whether Trump himself is guilty of criminal actions is still far more murky.

On obstruction, Exhibit A is Trump's firing of Federal Bureau of Investigation Director James Comey as a way to derail the investigation (Trump has bragged about this on television, and Giuliani confirmed it on Wednesday night.

There's also the pattern of conflicts of interest and efforts to cash in on the presidency, and whatever other investigations are finding about his business activities before the presidency.

Again, the facts are fairly clear here — money, for example, regularly flows from the Republican National Committee and foreign entities to Trump properties. Whether that constitutes a violation of the emoluments clause of the Constitution, and more importantly whether it warrants congressional action, is a more complicated question.

Impeachment is a political act and although the evidence to date would justify the extraordinary remedy of removing the president, it doesn't seem to demand it. As long as that's the case, it's not surprising that few Republicans would go along.

So even if Democrats do very well in November, they would need plenty of Republican votes in the Senate to convict. Nancy Pelosi, if she is still speaker of the House, would almost certainly wait until impeachment isn't just a partisan messaging stunt. 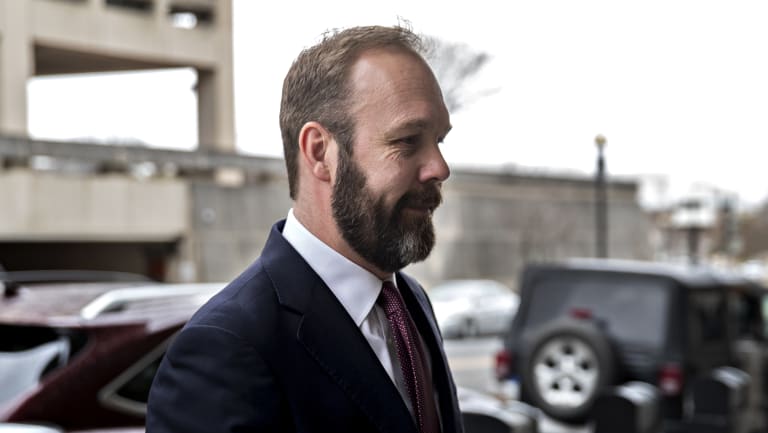 So, for now, it looks like the president is more likely than not to survive all of this. At least until the voters get involved in 2020.

But if Trump attempts anything that resembles Richard Nixon's Saturday Night Massacre — if he tries to shut down the investigation — he puts himself at risk. We can't know for sure that it would split the Republican Party, but hints from lawmakers and the example of October 1973 suggest that's very possible. A lot of politicians are willing to give their party's president the benefit of the doubt for a long time. But many of them really do take the rule of law seriously, and if push comes to shove they could reluctantly move toward impeachment if that's the only choice.

So if Trump is talking himself into obstruction of justice, it's a pretty big deal. Let's go to the tweets.

On Tuesday, the president said, "It would seem very hard to obstruct justice for a crime that never happened!" That's not true, but it's also irrelevant because we know there were crimes: Former National Security Advisor Michael Flynn and the campaign and transition figures Rick Gates and George Papadopoulos have already pleaded guilty.

Then on Wednesday, Trump quoted his supporter Joe diGenova:

The theory is that Trump can't be guilty of obstruction if he's doing something that he's authorised to do as president, such as firing the director of the FBI. It's true there's some question about whether a president can be indicted for obstruction of justice, but he certainly can be impeached for it. And yes, an action that would be deemed perfectly legal and proper in one context can be judged corrupt or illegal in another, so it absolutely does matter why Trump fired Comey.

Trump also said "there is no Obstruction of Justice (that is a setup & trap)." This appears to be a reference to the suggestion he would commit perjury if he is interviewed by Mueller. But lying to prosecutors to conceal crimes isn't a setup or a trap; it's obstruction.

In other words, Trump is tweeting a bunch of weak theories and ideas about obstruction of justice, and may still not really understand why firing Comey got him into so much trouble and why attempting to shut down the investigation now would be so dangerous for him.

To be sure: There's nothing wrong with tough lawyering and normal spin. Perhaps that's all Trump and his team are up to here. But I wouldn't rule out the possibility that he's really buying what he's hearing from Sean Hannity and "Fox & Friends" (and perhaps ignoring the polling showing big warning signs) and that there's a real chance he just doesn't understand that he's up against the limits of the rule of law.

He ended up on Wednesday threatening again to intervene in the Justice Department: "At some point I will have no choice but to use the powers granted to the Presidency and get involved!"

That might be bluster. Or he might really be tempted to attempt some sort of unconstitutional power grab. Or maybe he really doesn't grasp what obstruction of justice is and why it's important — leaving him open to be manipulated into exactly the kind of situation that would demand congressional action and just might produce it.