Primary schools 'will return on JUNE 1' as lockdown is lifted

Primary schools could re-open on June 1, with students from Years 10 and 12 becoming the first in a wave of secondary pupils flocking to classes.

Boris Johnson is hoping to put teachers on three weeks’ notice to re-open primary schools in England to all pupils as soon as next month.

Whitehall sources have claimed the earliest possible return of primary schoolchildren is intended to help parents to return to work.

It will also prevent damage being done to ‘early years development’ about which Gavin Williamson has warned, according to The Sunday Telegraph. 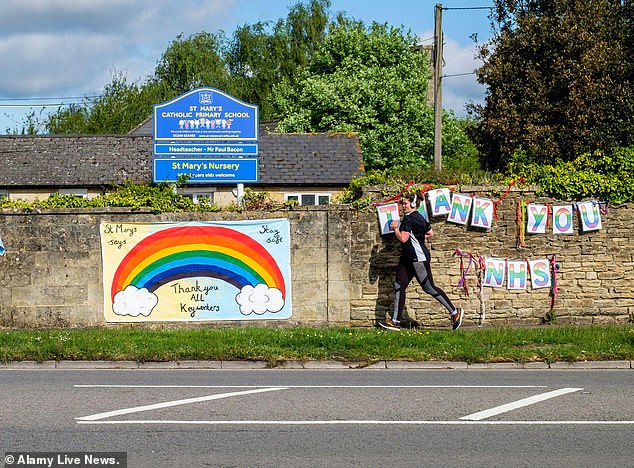 Primary schools will re-open on June 1, with students from Years 10 and 12 becoming the first in a wave of secondary pupils flocking to classes (pictured, St Mary’s Primary in Chippenham)

Meanwhile arts students could be the last to return to university after students of medicine, dentistry and veterinary science in the autumn.

Thirty-three universities with medical schools, including Oxford and Cambridge, are backing a contingency plan to fast-track undergraduates studying key science subjects back to campus for classes, according to The Sunday Times.

Officials are understood to be contemplating limiting the size of classes temporarily, while the question of when to re-open nurseries is an open one.

Pupils from Years 10 and 12 would then head to school, provided ministers were satisfied the transmission rate did not cause a ‘second peak’.

The move is being considered as data show that younger children are potentially less likely to transmit Covid-19, the disease caused by the coronavirus.

One source said it was ‘crucial for economic reasons’ to ‘get things moving, but also for educational reasons’, adding ‘early years development is very important’.

Secondary school pupils ‘can do a lot more at home and online’, they told The Sunday Telegraph, and are ‘not as pressing as primary schoolchildren’. 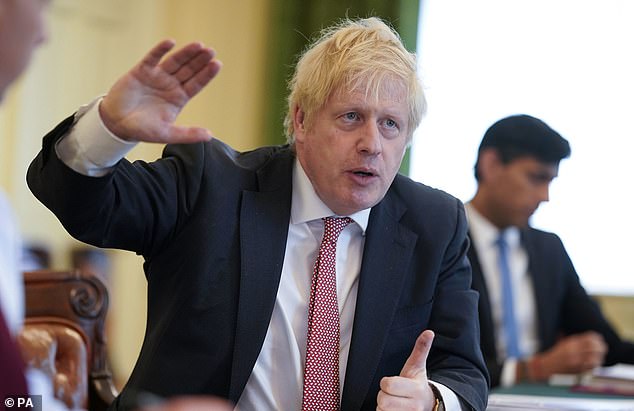 A spokesperson for the Department for Education said: ‘Education Secretary Gavin Williamson has not set a date for schools reopening.

‘Schools will remain closed, except for children of critical workers and vulnerable children, until the scientific advice indicates it is the right time to reopen and the five tests set out by Government to beat this virus have been met.’

Mr Johnson is expected to review the lockdown on Thursday, and unveil the Government’s so-called ‘exit strategy’ next weekend.

It is understood the plans will include easing curtailments on outdoor activities such as picnics, though the public will have to follow social distancing rules.

The move towards normality will be accompanied by harsher enforcement of the remaining rules, with fines for repeat offenders rising to £3,000. 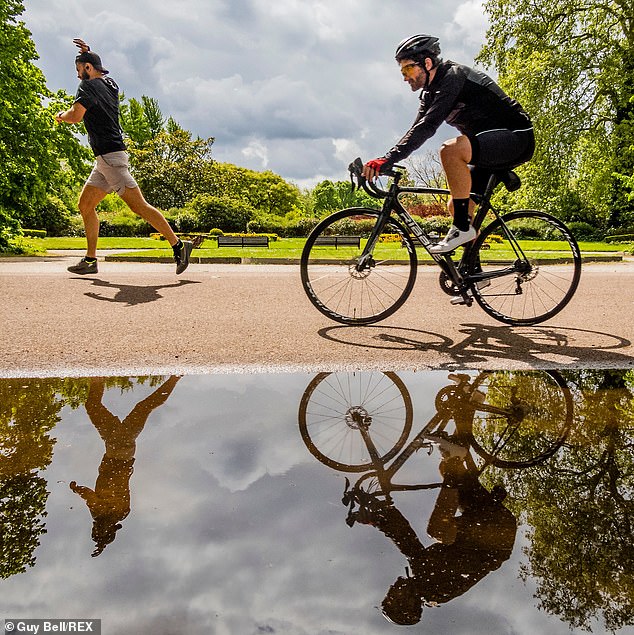 People will only be allowed to go out with members of their household and must stay at least two metres (6ft 6in) away from other groups (pictured, in Battersea Park, May 1, 2020)

However, the review is not expected to lead to more substantial changes until June, when public transport is likely to return to normal levels.

Non-food retailers, factories, warehouses and more construction sites will be encouraged to open, while offices expected to instruct most of their staff to continue working from home where it is possible.

Pubs and restaurants are likely to remain closed for weeks or even months longer.

Asked about relaxing restrictions on outdoor activities in Britain, a senior Government source said: ‘Thanks to the huge efforts of the British public we are past the peak of the virus without the NHS having been overwhelmed.

‘Now we can start to look at which elements of the social distancing rules can be adjusted while keeping the rate of transmission down, so we are looking at how to lift everyone’s spirits by allowing the public to get into the great outdoors.’

While relaxing some measures, ministers plan to ‘come down hard’ on ‘hotspots’ where infection rates rise. Fines for breaching coronavirus rules are expected to be increased to £100 and keep on double for any repeat offence up to a maximum £3,200 for serial offenders, who could also face arrest.