A DOG trainer friend of Princess Anne has been gunned down and her husband is fighting for life after a double shooting at the cottage where Boris Johnson grew up.

Debbie Zurick, 56, was shot dead at home on Saturday and last night her husband John, 67, who was also shot, was in custody in hospital in a critical condition. 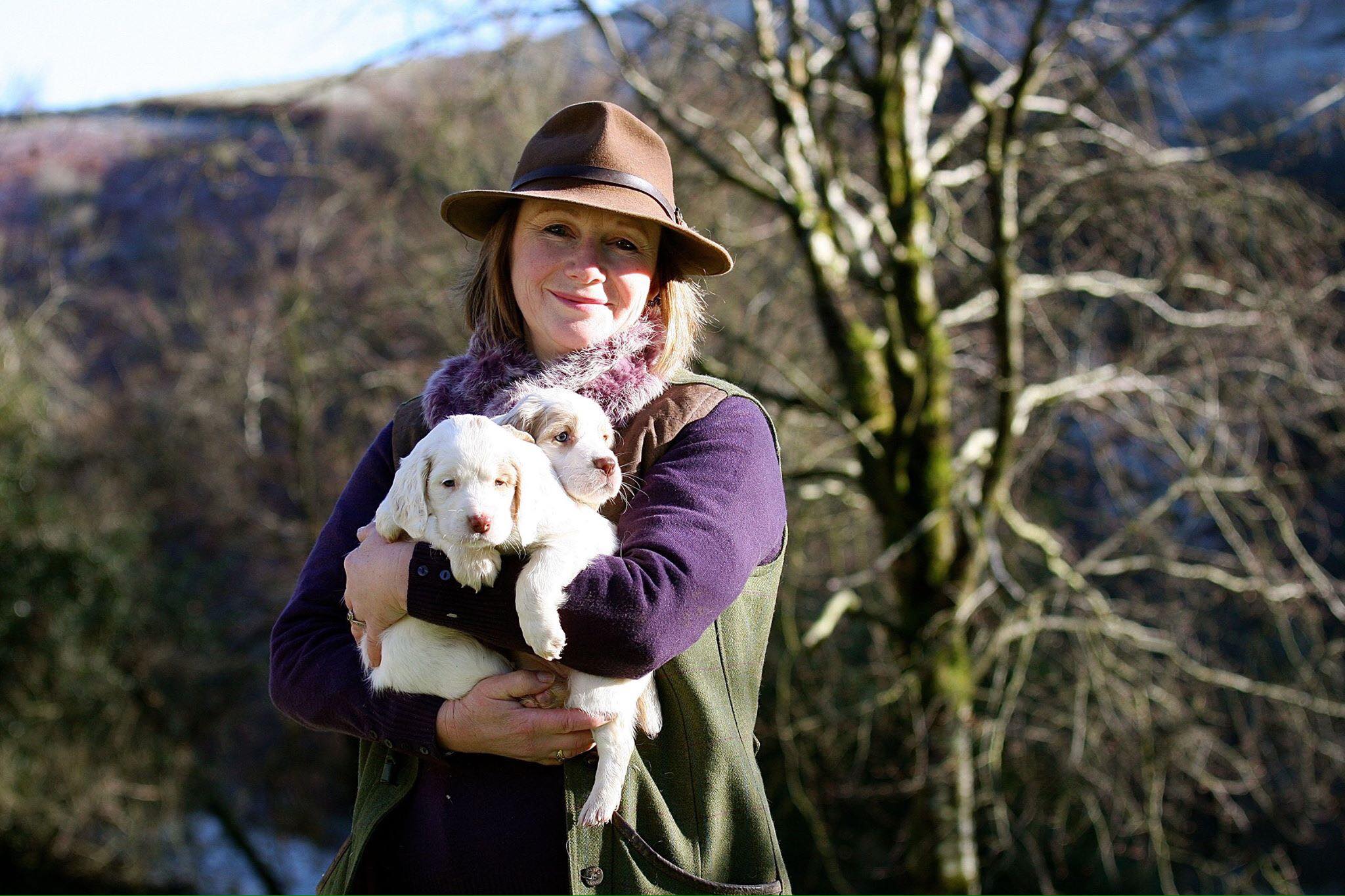 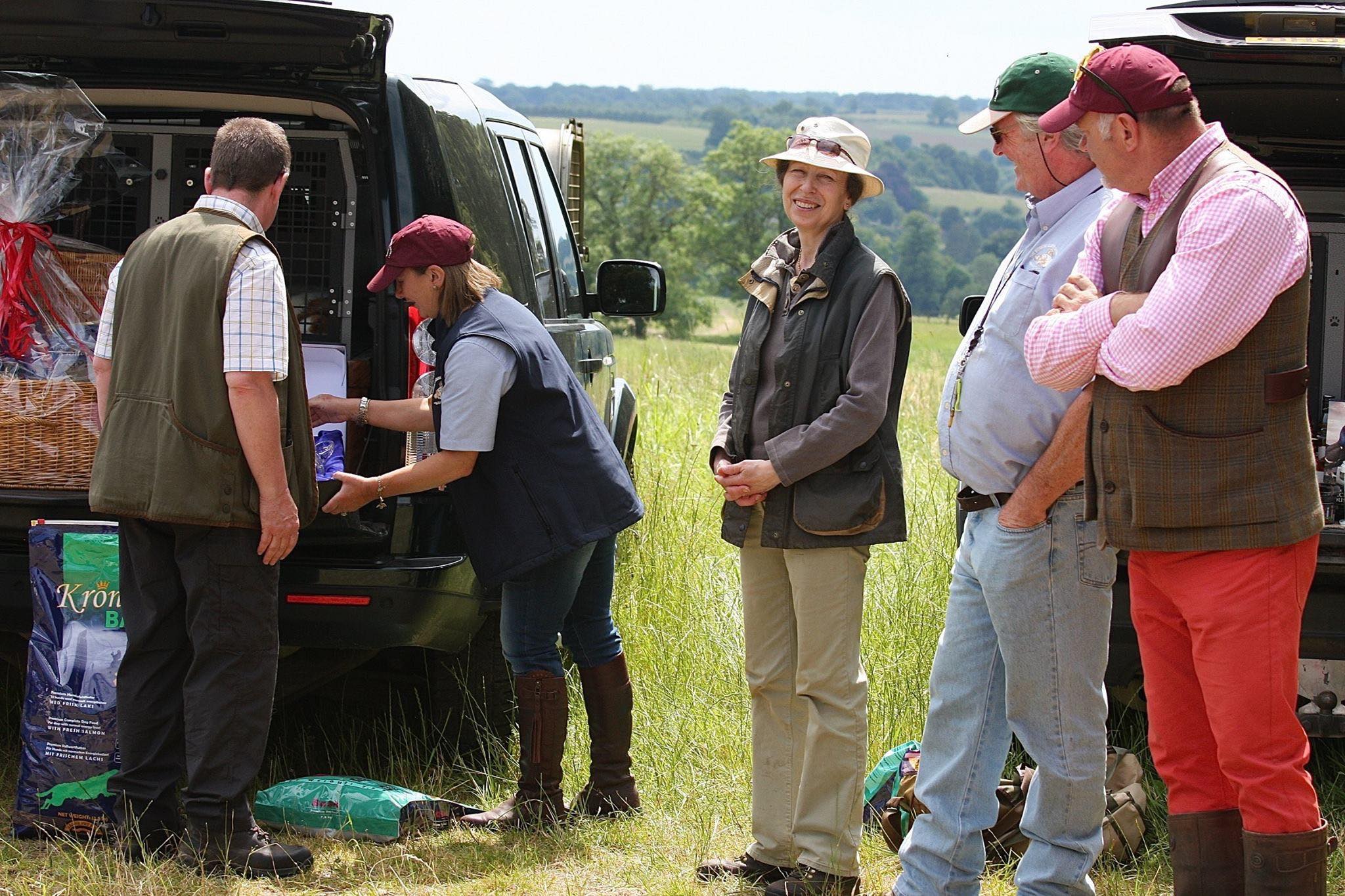 The shootings are suspected to be a murder-suicide bid.

The couple, who live next door to Boris Johnson's dad Stanley, trained and bred gundogs for a living and were part of the Working Clumber Spaniel Society which boasts Princess Anne as president.

They trained Princess Anne’s dog Sparkle for her.

Last night their cottage in the sleepy village of Winsford, Somerset – where Prime Minister Boris Johnson lived as a child – was at the centre of a murder investigation.

Police found Debbie’s body outside the farmhouse "with severe injuries’’. Officers carried out CPR but she died at the scene.

A second women, described by cops as a "key witness’’, was found nearby unharmed.

Police then searched the area and found John Zurrick in an outbuilding with serious gunshot injuries.

Police last night referred themselves to the Independent Office for Police Conduct after admitting they had "prior contact" with the couple.

Neighbours next to the Johnson family's 500-acre estate said the Zurick’s relationship was in crisis and that Debbie had tried to end her 30 year marriage with John.

“I thought they were happy together. They seemed to have the perfect life.

“They shared each other’s country ideals – they had a house, dogs, guns. They lived a life they loved in the country.” 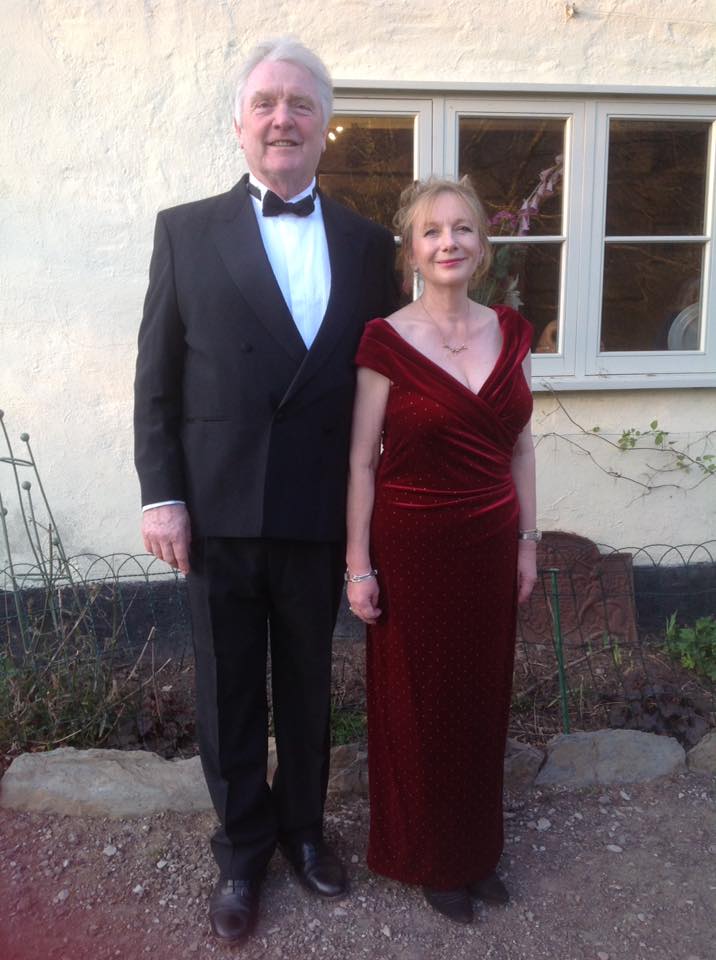 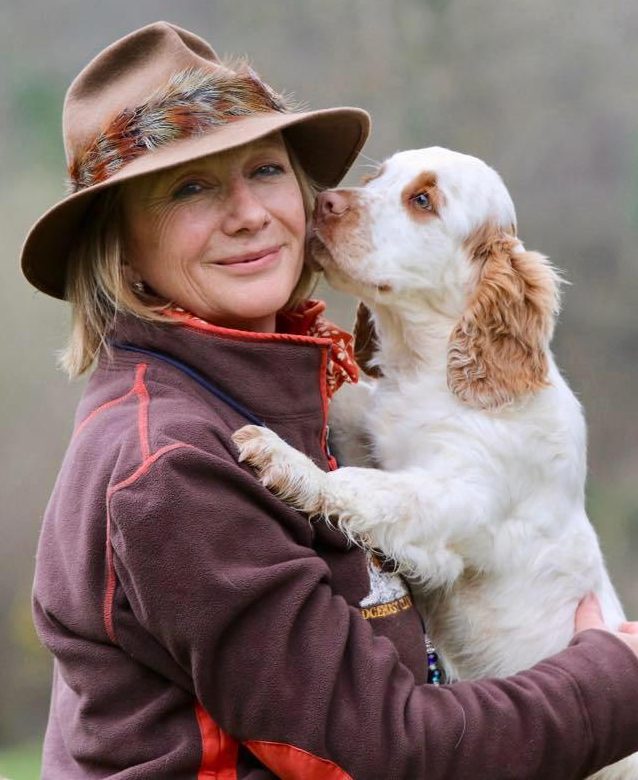 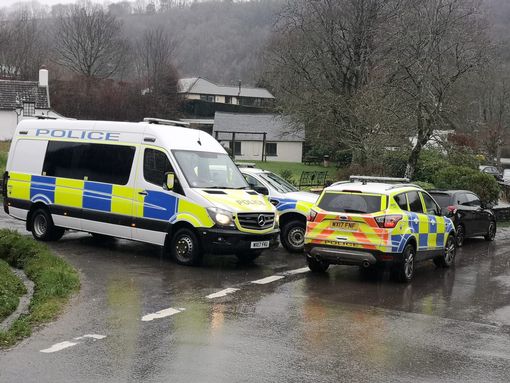 Debbie and John bought their cottage in Winsford from the PM's father Stanley Johnson for £440,000 in 2014 and trained spaniels on land adjoining the Johnson's farm.

The Prime Minister has previously been pictured with some of the Zuricks’ dogs and his sister Rachel Johnson posed next to one of the pooches in PR material when she stood for Change UK.

Stanley and his wife Jennifer are not believed to have been in at the time of the shooting on Saturday afternoon.

The Johnson's plot contains a farmhouse home to Rachel and husband Ivo Dawnay and other cottages owned by the family.

Stanley refused to comment on the shooting last night.

A neighbour said: "Debbie wanted a separation.
"Things came to a head over the last couple of weeks. I’ve been told that she’s dead and that is such awful news."

In an interview for the Clumber Working Spaniels Society website six months ago John told how he trained Princess Anne's bitch Sparkle.

A neighbour added: "Debbie was popular around here. She lived for her dogs and she’d look after other dogs for friends.

"From what you hear they were friendly with the Johnsons which is just as well as there’s no other property for at least a mile in any direction."

Avon and Somerset Police confirmed tonight that officers had had "prior contact with those involved" and had therefore referred itself to the Independent Office for Police Conduct.

An Avon and Somerset Police spokesman said: "Officers were called to a property in the village at around 2.30pm on Saturday 22 February after a member of the public called to raise concerns over the welfare of a woman.

"Firearms officers were among those to attend the scene and a woman in her 50s was found outside the property with severe injuries. 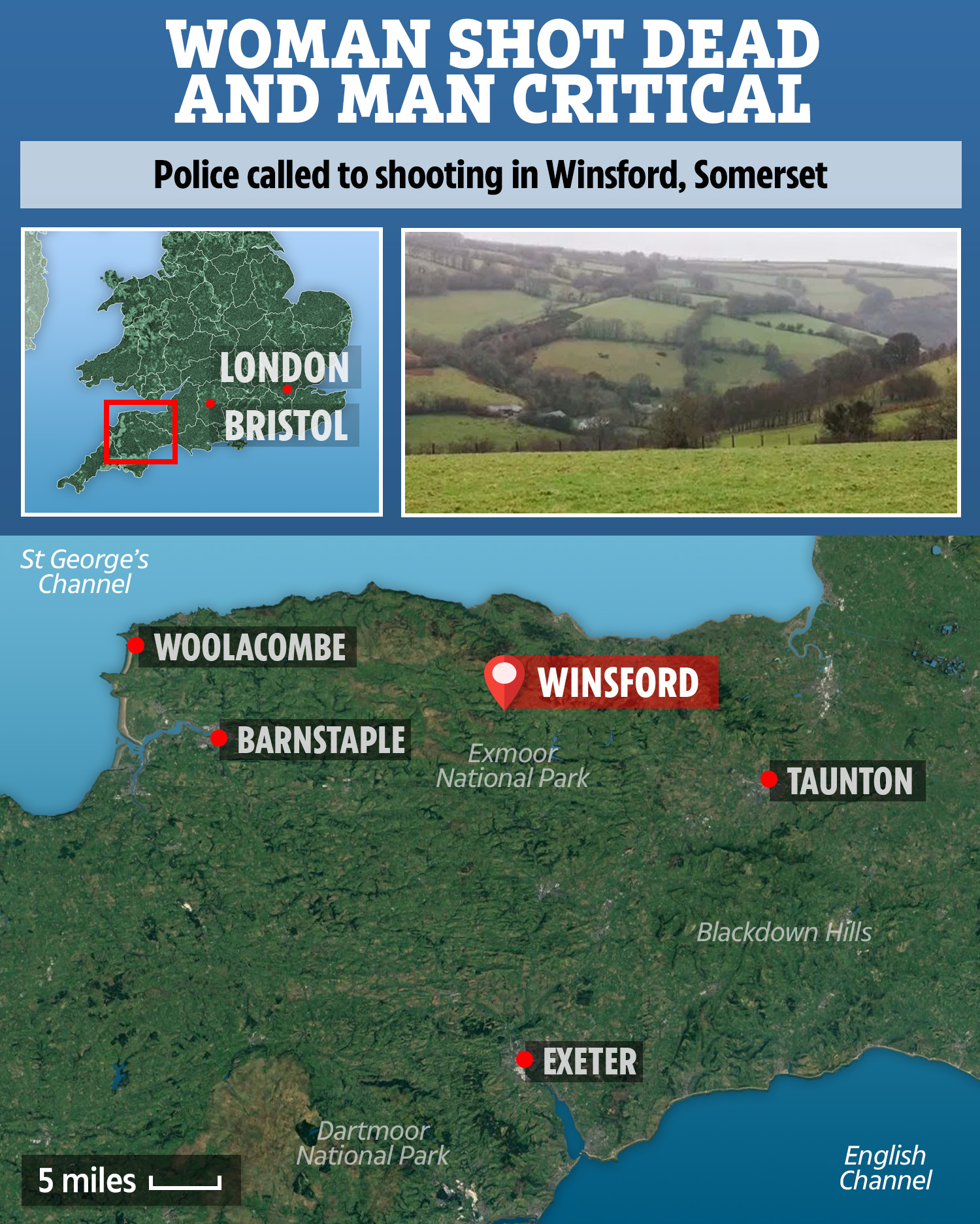 "Although officers carried out CPR, the woman was pronounced dead at the scene.

"A second woman, who is being treated as a key witness, was located nearby and taken to a place of safety.

"A further search of the premises located a 67-year-old man in an outbuilding. He’d suffered serious injuries caused by a shotgun.

"He’s in police custody but was taken to a hospital in Devon for emergency treatment, where he remains in a critical but stable condition.

"A post-mortem examination has been carried out on the woman and the cause of death has been confirmed as shotgun injuries.

"Formal identification has not yet taken place."

Det. Supt. Julie Mackay, of the Major Crime Investigation Team said: ‘This is a very serious incident in which a woman has lost her life and we are deploying family liaison officers to support the next of kin.

"The scene remains cordoned off so further forensic enquiries and searches can take place over the next few days.

"We’re grateful to the local community for their support and understanding, and I’d urge anyone with concerns or questions to speak to a member of the local neighbourhood team who’ll be carrying out extra patrols over the coming days.

"Due to prior police contact with those involved, a mandatory referral has been made to the Independent Office for Police Conduct.

"It would be inappropriate for us to go into further details while the referral is being considered."

Debbie was made Hon. Secretary at the Working Clumber Spaniel Society, of which John was previously field trial secretary.

In July 2014 the Princess Royal was pictured with Debbie and John at a gundog event at Gatcombe Park. 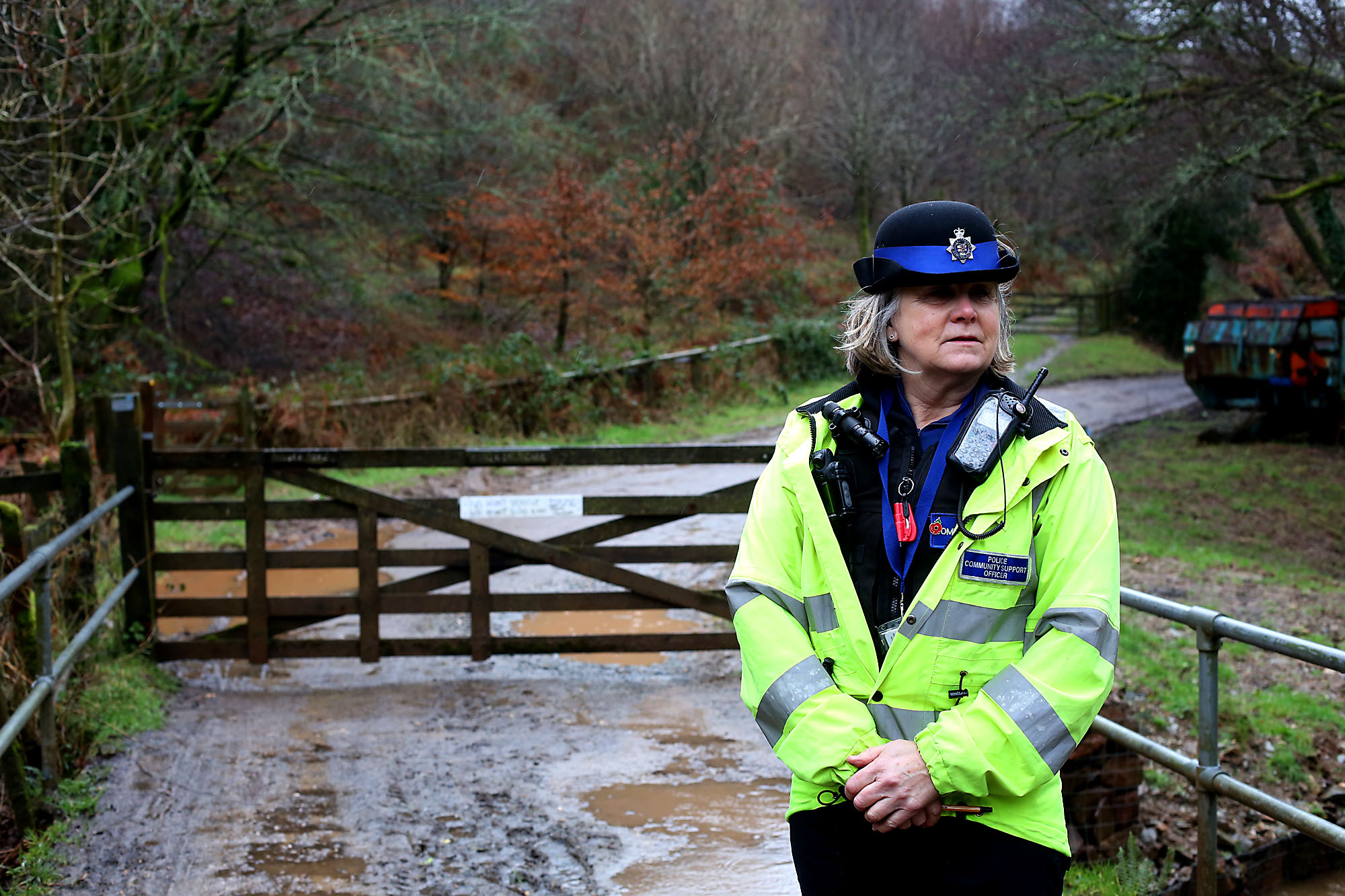 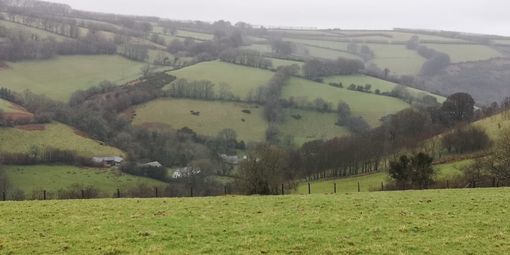 Anne's, dog, pa, Princess, trainer
You may also like:

Muslim firefighter gets coronavirus after teen allegedly sneezed into his face

What You Can Do to Help Others During the Coronavirus Outbreak