Princess Diana’s ‘USA’ sweatshirt goes up for sale for $9,000 after she gifted it to a stewardess on board Dodi Fayed’s family yacht just days before her death in 1997

A sweatshirt that Princess Diana gave to a yacht stewardess days before her death has gone up for auction.

The tragic princess wore the Ralph Lauren sweatshirt while on board the Jonikal with Dodi Fayed during a romantic cruise around the Italian Riviera in August 1997.

At the end of her stay on the 200ft yacht, which was owned by Dodi’s father Mohammed Al-Fayed, she gifted the cream sweatshirt with ‘USA’ in large red lettering on its front to the chief stewardess Debbie Wood. 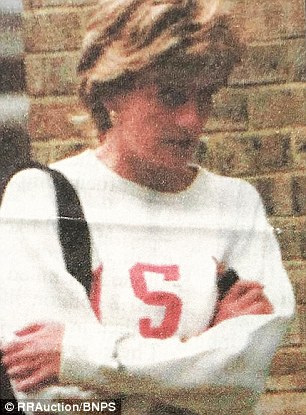 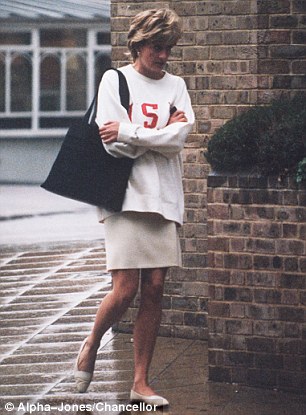 A USA sweater worn by Princess Diana and gifted to a yacht stewardess just weeks before she died is going up for sale for $9,000 (£7,000) 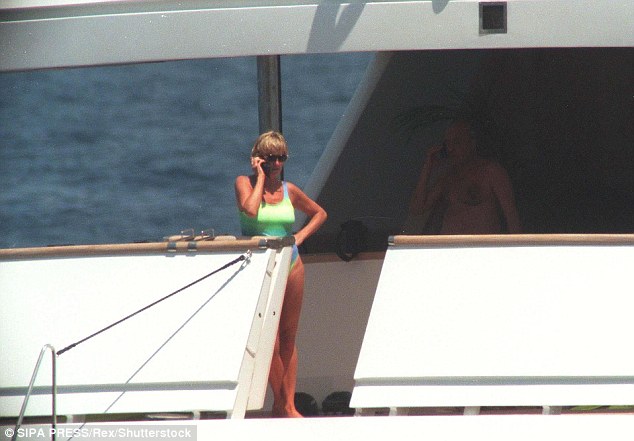 Wood, who is originally from New Zealand, also accompanied Diana, Dodi and Princes William and Harry on a cruise of the French Riviera in late July 1997.

On board, she claimed Diana and Dodi would enjoy caviar and Champagne and the princess loved swimming in the waters surrounding the yacht.

Diana was photographed wearing medium-sized sweatshirt during the Sardinia leg of her holiday.

Diana, Dodi and their driver Henri Paul were killed in a car crash while going through a tunnel in Paris the following month. 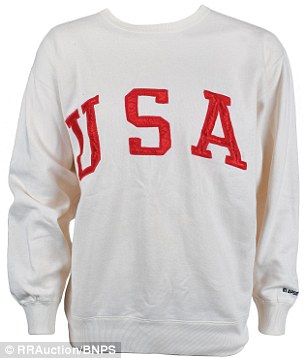 She said: ‘I was employed in the position of ‘chief stewardess’ on board the Al Fayeds’ super yacht for the summer season.

‘During that time I was responsible for looking after the guests and crew of the Jonikal.

‘I was closely engaged with Princess Diana and Dodi Al Fayed as my role on board meant I was serving them every day for all their needs and requirements during their cruises in the Mediterranean and was constantly in their personal surroundings while on board.

‘I was gifted a Ralph Lauren sweater from Diana in person the night before we departed from Sardinia to Paris as a personal thank you for looking after her on board.

‘Being given such an item was a great privilege to me. I have owned this for 21 years.’

‘The famously stylish royal presented it to the chief stewardess of Dodi Fayed’s family yacht Jonikal.’ 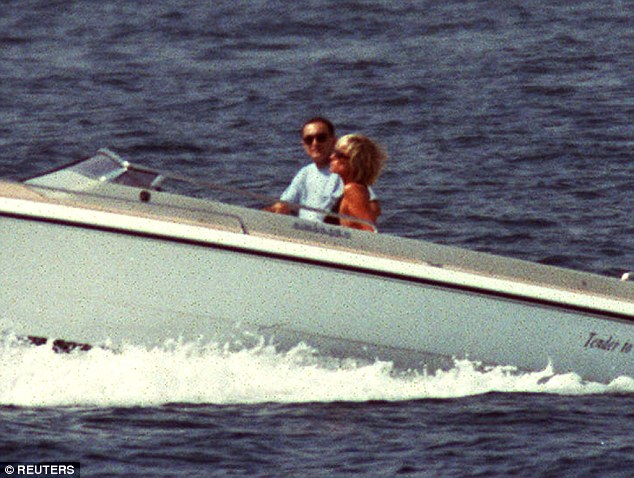 Just weeks after giving away the sweater, Diana, Dodi (pictured together in 1997) and driver Henri Paul were killed in a car crash in Paris