PROTESTERS descended on a police station after a cop yelled "chill out or I'll choke you out" as a suspect struggled to breathe.

Around a hundred people mobilised outside Halifax police station in West Yorks this afternoon following the distressing footage which showed cops slamming Ahmad Hassan, 27, to the ground on a housing estate. 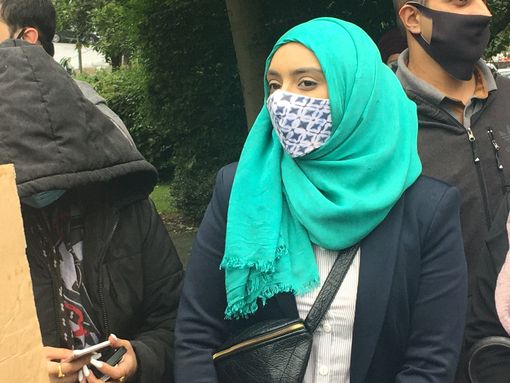 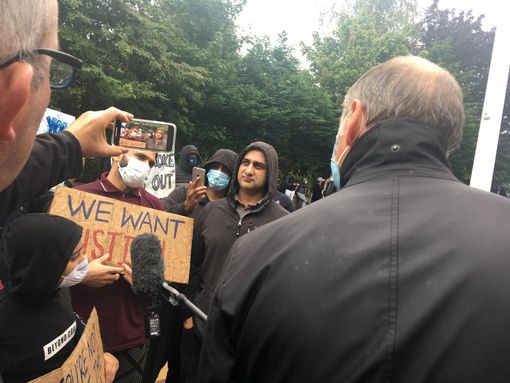 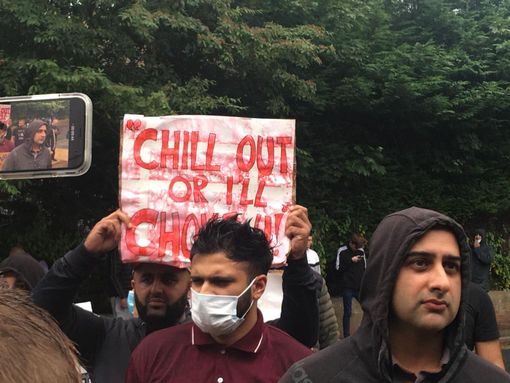 His sister Safyah joined the protest and said she was "sickened" by the "total abuse of power" which left her brother fearing for his life on Sunday.

She said: "I felt sickened when I watched the video of my brother and hearing him struggling to breath under the choke-hold of that police officer.

"Seeing that police officer punching him in the face while he was lying down on the floor… and, just minutes before that, seeing my brother have both his arms in the air, physically telling the officers that he was surrendering.

"And the fact that he was choked after that. There's no reason why anyone with a sane mind could see that amount of force that was used."

She dismissed suggestions that her brother resisted arrest because he had both hands up and said "I give up."

She added: "The only thuggish violent behaviour I saw was from the police officer."

The family asked the police department to fire to copper in question and urged them to release the body cam footage.

Ahmad exclusively told The Sun: "I saw the angel of death coming and thought I was going to die.

"This is the same thing that happened to George Floyd – it's happening on our streets too."

Safyah described him as "a family man, he's a brother, he's a husband, he's a son."

Protestors held up signs outside the police station reading: "we want justice" and Safyah thanked those who turned out.

Distressing footage showed the officer pushing Ahmad up against a car before slamming him to the ground on a housing estate in Halifax, West Yorks. 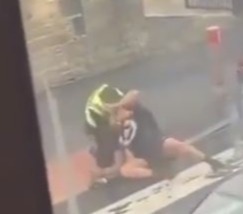 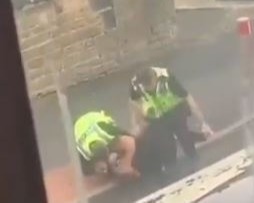 Footage showed him waving his hand across his throat as he struggles to breathe during the arrest.

But the officer ignored his plight and yelled: "Chill out or I’ll choke you out. Chill out or you're going to sleep."

The suspect turned onto his back as the struggle continued and was even punched in the face by the officer who shouted: "Get onto your front".

'I'LL CHOKE YOU OUT'

He said: "We are aware of a video circulating showing the arrest of a man at Spring Hall Gardens, Halifax, on Sunday 16 August in relation to assault offences.

"We immediately reviewed the footage and looked into it as a matter of urgency to establish the full circumstances.

Chill out or you're going to sleep

"We have reviewed the actions of the officers involved and a referral has been made to the Force’s Professional Standards Directorate.

"Our investigation remains ongoing and we have made a voluntary referral to the Independent Office of Police Conduct (IOPC).

"The officer involved has been removed from frontline operational duties.

"The man arrested was released under investigation."

The incident comes just days after the police watchdog said another of its officers would face a criminal investigation for assault for kneeling on a 17-year-old's neck during an arrest.

Footage captured outside Leeds United Elland Road stadium on July 17 showed the teen being blasted in the face with CS gas before the officer pins him down by his neck.

The IOPC said the cop, who has since been suspended, would be interviewed on suspicion of common assault and investigated for gross misconduct.

The latest incident in Halifax follows worldwide protests over the death of George Floyd in the US.

He died in May after an officer pressed his knee into his neck for eight minutes and 46 seconds. 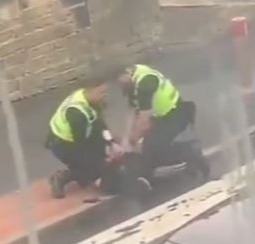 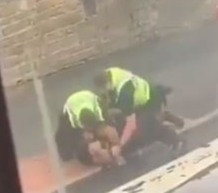 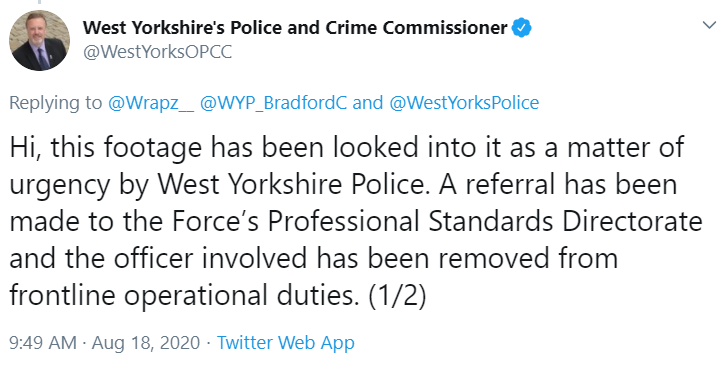 descend, on, police, Protesters, S
You may also like: