Several hundred members of the Proud Boys and other right-wing groups gathered at a park in Portland, Oregon, Saturday to rally against ongoing protests in the city and the politicians who are allowing them to continue, and to show their support for President Trump.

The city was braced for violence between the rallygoers and far-left groups which have been protesting for months in the city. The Proud Boys have held multiple events in Portland, alongside other right-wing groups such as Patriot Prayer, that often end in violent clashes with left-wing groups.

Anticipating thousands at the rally after the Proud Boys put out a nationwide call for attendance, Gov. Kate Brown declared a state of emergency but at mid-afternoon, the opposing groups had not come in contact.

Early on, the only conflicts that emerged were rally goers chasing a handful of individuals out of the park, including one man dressed in all black and wearing a black helmet with a sticker that said, “No justice, No peace.”

In livestreams from the event, some rally goers could be heard stating they were going downtown to confront Antifa, but organizers appeared to tamp down those claims.

Many at the rally were carrying guns, baseball bats or shields, and a number were dressed in fatigues. Militia members armed with different types of weapons were also posted throughout the park, according to the Oregonian. 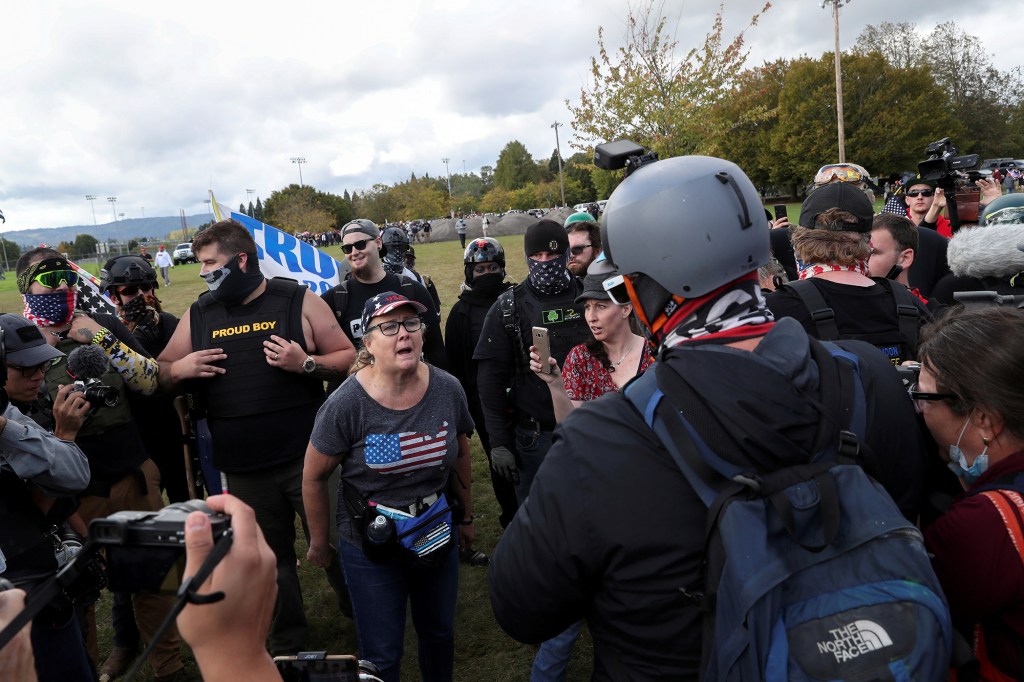 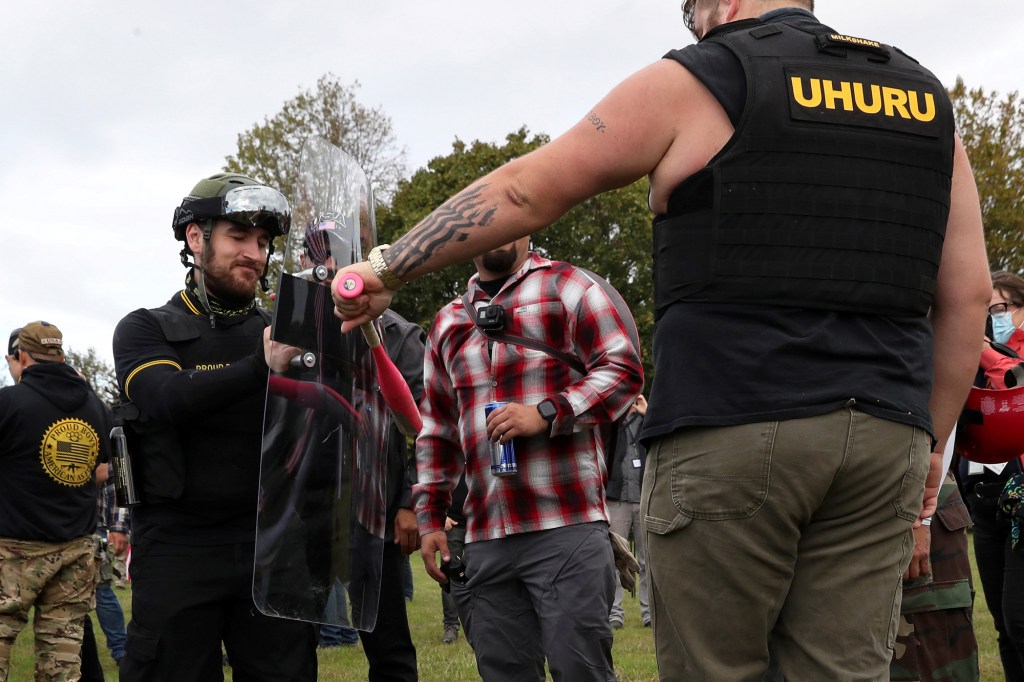 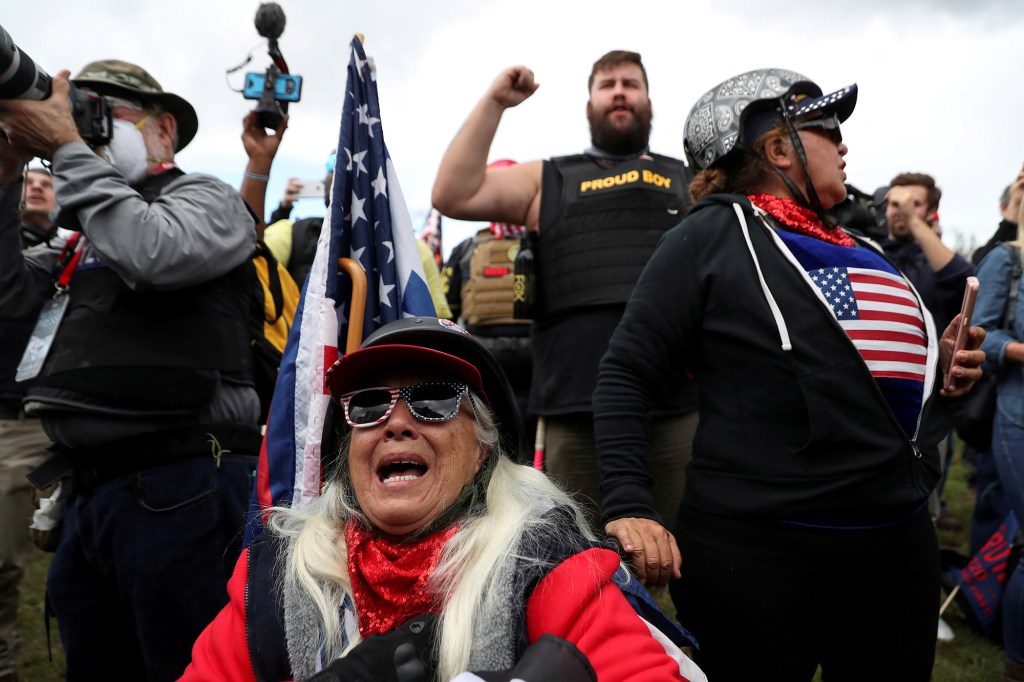 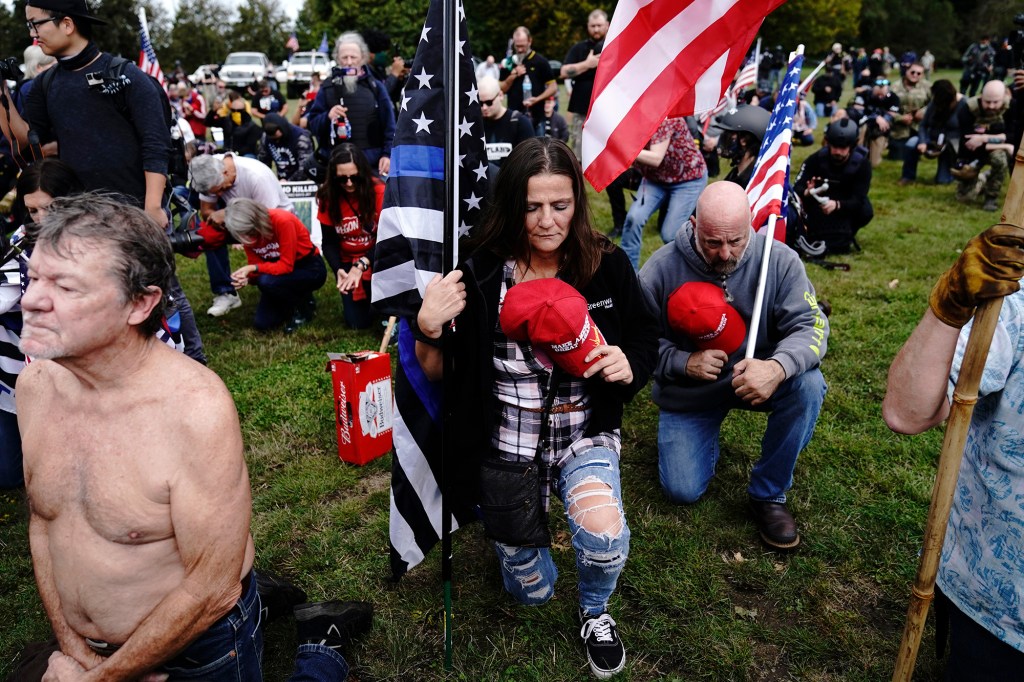 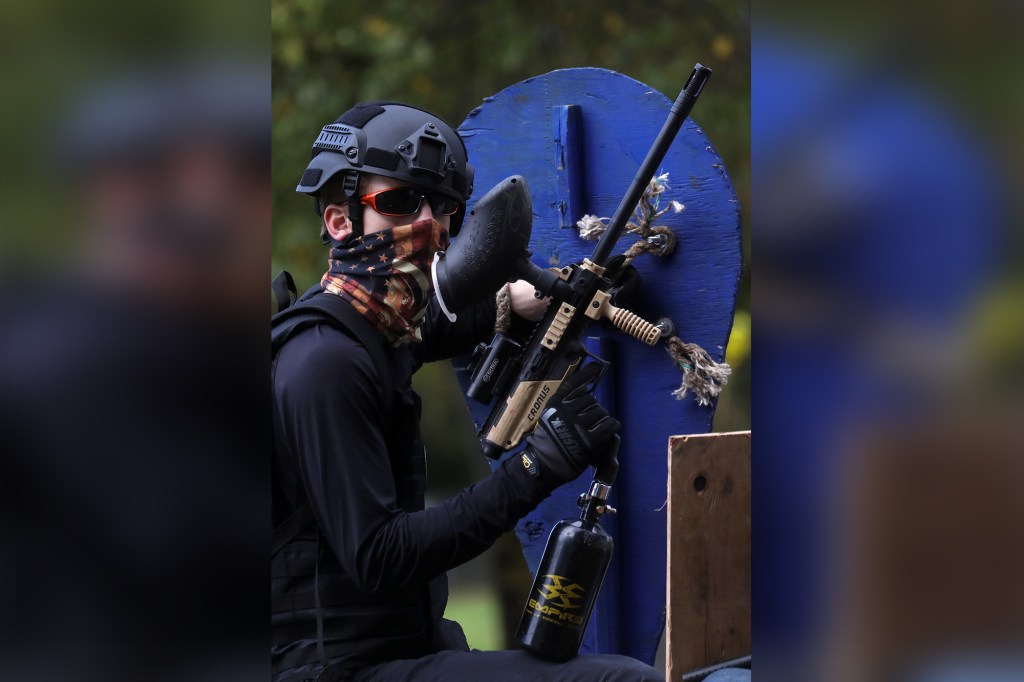 a, boys, in, Portland, proud, rally
You may also like: