Noodles, a beloved senior pug who captured the hearts of his 4.5million followers online, has sadly died.

The dog’s tearful owner, Jonathan Graziano, posted on Instagram on Saturday that his 14-year-old dog died Friday, calling it a ‘day I always knew was coming but never thought it would arrive.’

He went on in the minute-long clip: ‘Although this is very sad, I wanted to let you know and I wanted to encourage you to celebrate him while we’re navigating this sadness.’

The New York-based TikToker continued: ‘He made millions of people happy. Thank you for loving him. Thank you for embracing us.’ He added that Noodles died at home in his owner’s arms.

He also said: ‘It has been the privilege of my life to care for Noodle these past 7 years. The sweetest man there has ever been and will ever be.’ Graziano went on: ‘Give your dog a cheese ball tonight, but it has to be the fake stuff.’

The pup – who inspired a New York Times bestselling cartoon book – would ‘predict’ on social media whether it would be ‘a bones day or a no bones day.’ 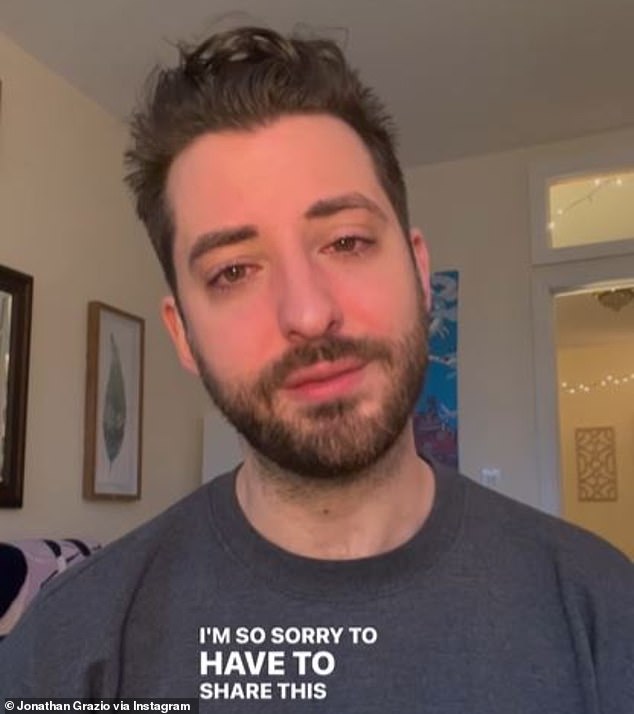 Jonathan Graziano, Noodles’ owner, made the sad announcement via Instagram on Saturday morning 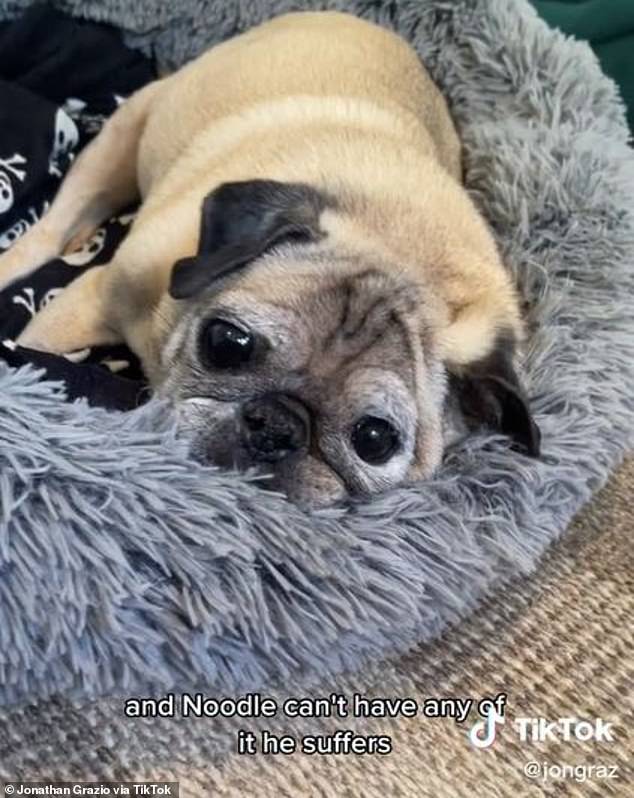 Graziano adopted Noodles when he was 7 years old, the dog passed away at the age of 14

The little dog became famous in 2021 when Graziano began posting morning TikTok videos of Noodle deciding whether he was going to stand up or flop down in his soft dog bed.

This coined the phrase ‘a no bones day’ if Noodle decided to sleep in.

Graziano would encourage his fans to ‘wear soft clothes, self-care, take a bath,’ which was a popular message during the COVID-19 pandemic.

‘He lived 14 and half years, which is about as long as you can hope a dog can. And he made millions of people happy. What a run,’ Graziano said in the emotional video.

Graziano adopted Noodles when the pug was seven years old. He told CNN in 2021: ‘I had absolutely no idea this would become the barometer in which the nation foretold how their day was going to go.’

The geriatric dog even inspired a children’s book titled Noodle and the No Bones Day that came out this summer.

The book’s theme taught kids that it’s ‘OK not to feel 100 percent all of the time.’

In October 2021, the pair made an appearance on NBC’s Today show. 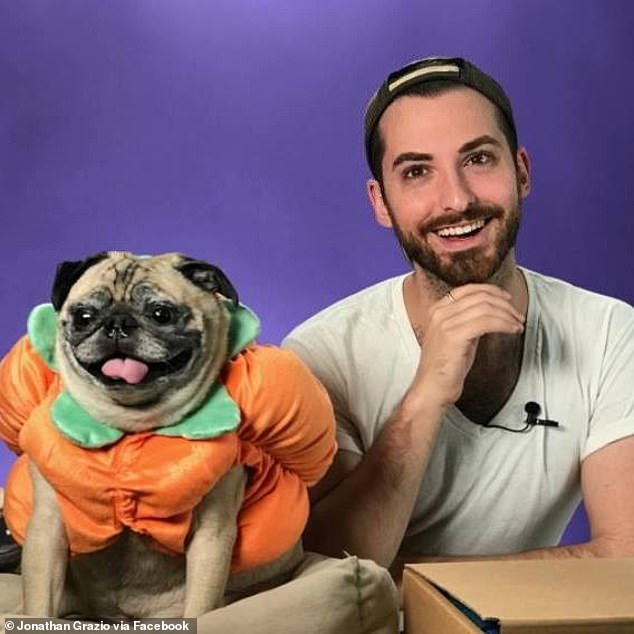 Graziano told CNN in 2021: ‘I had absolutely no idea this would become the barometer in which the nation foretold how their day was going to go’ 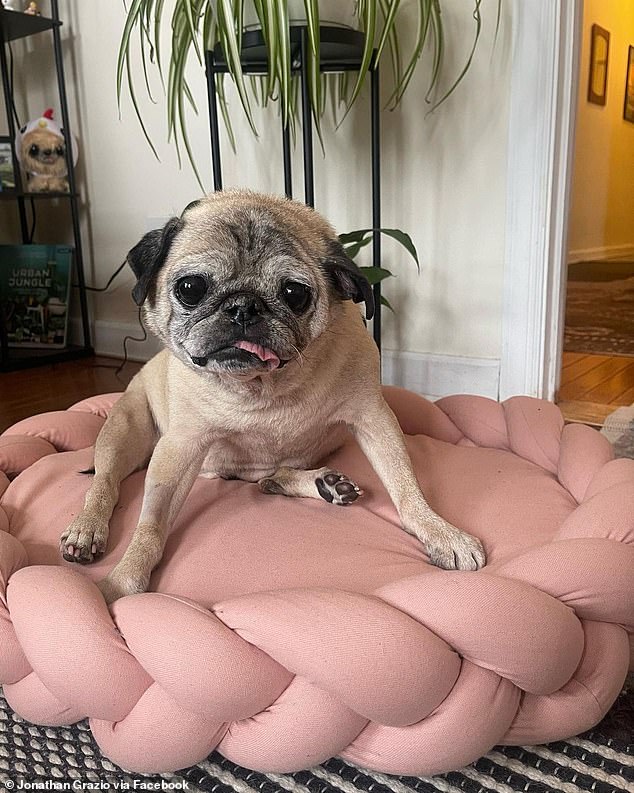 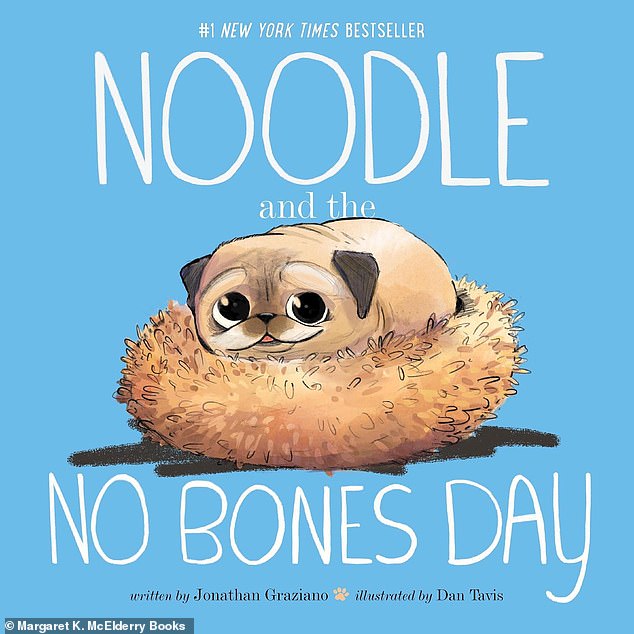 The geriatric dog even inspired a children’s book titled Noodle and the No Bones Day that came out this summer. The book’s theme taught kids that it’s ‘OK not to feel 100 percent all of the time’

During a 2021 interview with NPR, Graziano spoke about the conception of the TikTok account.

He said: ‘I adopted Noodle when he was seven and a half years old, and we learned very early on that when he doesn’t want to go on walkies, he will not go on walkies. And it’s just insane to be able to share this with you guys and see the response. So I really appreciate it.’

At the time of his death, Noodles had 4.5 million followers on TikTok and 272,000 followers on Instagram. His death led to the phrase: ‘No Bones’ trending on Twitter in the United States.

One mourning fan wrote: ‘It will now and forever be a bones day.’ Another said: ‘I knew that following a 14 year old Pug on Tiktok that this day would come all too soon…but I don’t regret a single moment of following him.’

While another wrote: ‘His life gave us so much joy. Even on the no bones days. Rest in peace Noodle. Sleep well prince!’

In the comments section of Graziano’s video a fan wrote: ‘We are all allowed one no bones day and then we can only have bones days in his honor. ‘

Another canine star of social media, Doug the Pug, tweeted via his official account: ‘RIP Noodle the Pug. A great friend and a pug who spread joy to millions. May it forever be a bones day.’

Celebrity corgis Hamilton and Olivia wrote on their page: ‘Today, let’s celebrate noodle, the lives he changed, the motivation he brought to millions and the joy we all got from Jon sharing him with the world.’

Canadian celebrity pet Tika the Iggy wrote: ‘Noodle was so celebrated and his legacy will live on, thank you for sharing him with all of us.’