The PR chief for the Royal Family is leaving her post, in a dramatic changing of the guard at Buckingham Palace, I can reveal.

Sally Osman – whose full title is Royal Director of Communications – is the latest to move on in a series of reshuffles among senior courtiers.

The Queen’s private secretary Sir Christopher Geidt resigned last year amid reports that he was victim of a power struggle. 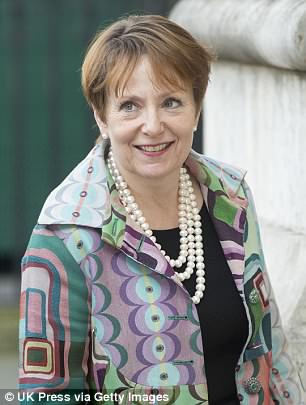 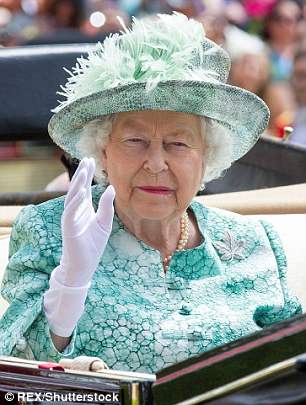 Sally Osman – whose full title is Royal Director of Communications – is the latest to move on in a series of reshuffles among senior courtiers. She is pictured left and Queen Elizabeth II to the right arriving for the final day of Royal Ascot Race meet

His assistant Samantha Cohen has gone to work for Prince Harry. Both were seen as protectors of Osman, whose impending departure is known to the Queen.

Ms Osman, 57, previously a communications chief at the BBC, Sony and Sky, was hired on a six-figure salary in 2013 as Communications Secretary for the Prince of Wales at Clarence House and was later given the tricky job of co-ordinating the separate media departments at Clarence House, Kensington Palace and Buckingham Palace.

She has faced a difficult time as Kensington Palace tried to manage PR calamities around the marriage of Prince Harry to Meghan Markle.

This newspaper revealed that Meghan’s father Thomas was secretly working with a paparazzi photographer to sell posed pictures despite Palace claims that he wished to preserve his privacy.

There was even more embarrassment when Mr Markle gave a toe-curling television interview to ITV, for which he reportedly received £7,500.

He revealed details of a telephone call he had with Prince Harry in which the prince gave his views on Brexit and Donald Trump.

Ms Osman has had some success, notably the BBC ‘interview’ by the Queen on the 65th anniversary of the Coronation, and managing news of Prince Philp’s retirement. Ms Osman declined to comment last night.