One to WATCH this tournament! Rafael Nadal sports £550,000 rare Swiss timepiece that can withstand 10,000 Gs of force for his first Wimbledon match

Despite the massive price tag, the watch only weighs 20 grams. 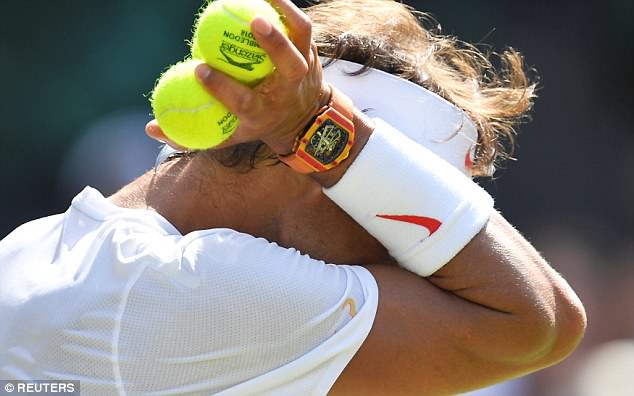 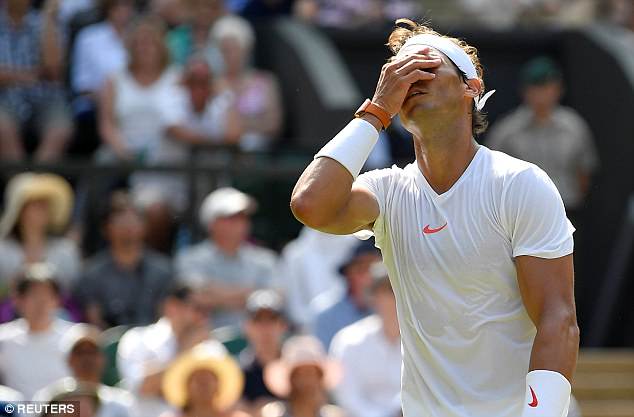 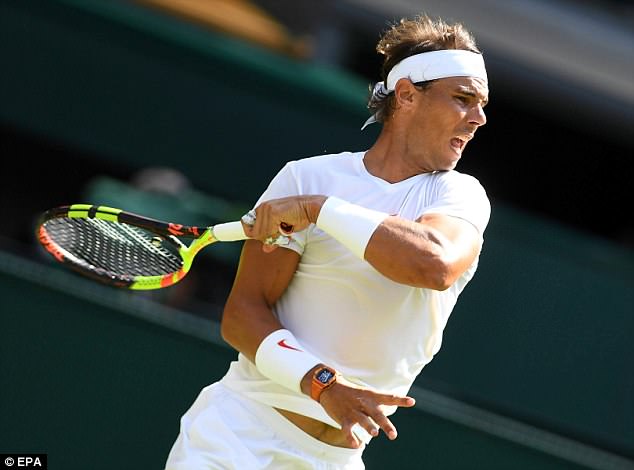 The watch is coloured red and yellow as they are the national colours of Nadal’s Spain.

Only 50 of the watches have been produced.

Nadal has been seen wearing other expensive time peaces during other major tennis matches.

The 17-time Grand Slam champion provided some relief for Spanish sports fans following their disappointing departure from the World Cup at the hands of Russia.

Commenting on the football, he said: ‘It is probably sad to say, but if we are not there it is because we didn’t do things well enough to be there. In sport, in the highest level of sport, when you play well, even playing very well you can lose, without playing well the chances of winning are less.

He is aiming to add to the Wimbledon titles he landed in 2008 and 2010, and determined also to improve a record that shows he has not passed the fourth round since 2011, when he was runner-up to Novak Djokovic.

He said: ‘It’s great to be out here at Wimbledon. I’m happy to be through.

‘There’s still room to improve but after a while without playing on grass it’s very important to start with a straight victory.

‘I think I went to the net a couple of times and when I had a chance on my forehand I think I took advantage.

‘It’s the first round and not easy. It’s never easy but especially here on grass without playing a match before.’