Remembrance Day quotes, poems and messages to remember the fallen

ON Remembrance Day we remember the soldiers who fought for Britain during World Wars I and II.

Armistice Day is commemorated every year on November 11, a few days after Remembrance Sunday. Here are some of the most powerful Remembrance Day poems and messages penned in memory of the fallen. 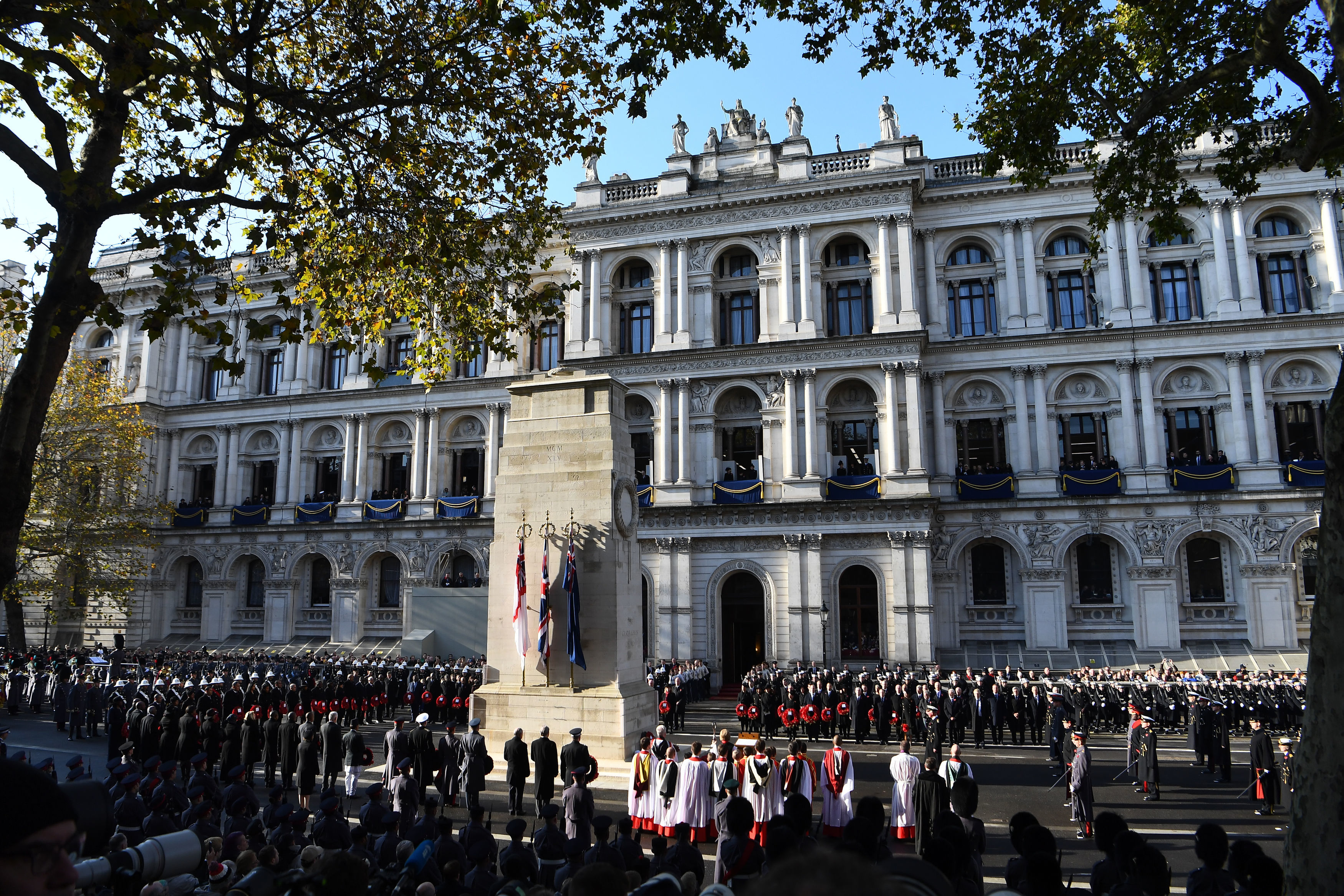 Penned by Laurence Binyon, this is probably the most famous war poem in English.

Also known as the Ode of Remembrance, it was first published in the Times on September 21, 1914 – just two months after the First World War began on July 28.

Binyon was too old to enlist as a soldier in the Great War, but he volunteered in hospitals, helping wounded French soldiers.

He wrote For the Fallen in Cornwall shortly after the Battle of Marne:

They shall grow not old, as we that are left grow old:

Age shall not weary them, nor the years condemn.

At the going down of the sun and in the morning,

We will remember them.

This poem by John McRae is written from the perspective of dead soldiers lying in their graves.

McRae was a Canadian doctor and Lieutenant Colonel in the First World War, fighting and overseeing medical care in Boulogne with the Canadian Expeditionary Force.

He died of pneumonia on the battlefield in January 1918.

In Flanders fields the poppies blow

Between the crosses, row on row,

That mark our place; and in the sky

Scarce heard amid the guns below.

This poem was written at the beginning of the First World War by Rupert Brooke.

He was part of the British Mediterranean Expeditionary Force and died of an infection in 1915.

The most famous lines from The Soldier are often read in remembrance of those who died far from home while fighting for their country:

If I should die, think only this of me:

That there's some corner of a foreign field

That is for ever England. 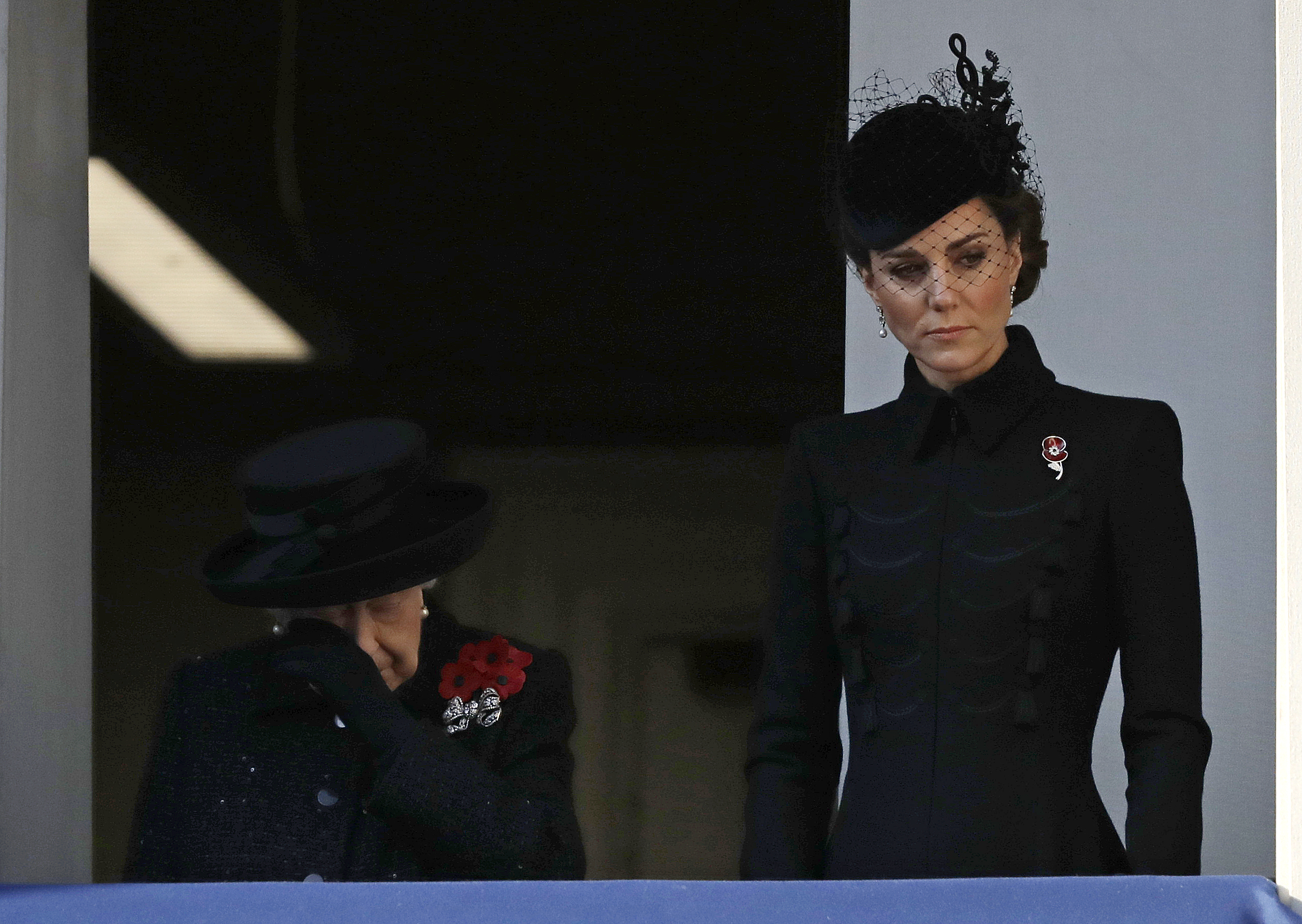 And Death Shall Have No Dominion

Penned by Welsh poet Dylan Thomas in 1933, between the two wars.

The poem embraces the theme of remembrance and eternity of the human spirit:

They shall have stars at elbow and foot;

Though they go mad they shall be sane,

Though they sink through the sea they shall rise again;

Though lovers be lost love shall not;

And death shall have no dominion.

An Irish Airman Foresees his Death

WB Yeats' poem is a soliloquy given by an aviator in the First World War.

The narrator describes the circumstances surrounding his imminent death:

The years to come seemed waste of breath,

A waste of breath the years behind

In balance with this life, this death.

Written in 1964, Larkin captures the patriotic optimism of young men queuing to enlist in the forces in 1914.

The poem also reflects on the momentous changes in England following the First World War, ending with the line: "Never such innocence again."

Never before or since,

As changed itself to past

Without a word – the men

The thousands of marriages,

Lasting a little while longer:

Drawing no dividend from time's to-morrows.

In the great hour of destiny they stand,

Each with his feuds, and jealousies, and sorrows.

Soldiers are sworn to action; they must win

Some flaming, fatal climax with their lives.

Soldiers are dreamers; when the guns begin

They think of firelit homes, clean beds and wives.

I see them in foul dug-outs, gnawed by rats,

And in the ruined trenches, lashed with rain,

Dreaming of things they did with balls and bats,

And mocked by hopeless longing to regain

Bank-holidays, and picture shows, and spats,

And going to the office in the train.

An extract from Charge of the Light Brigade – Alfred, Lord Tennyson

Half a league onward,

All in the valley of Death

Charge for the guns!” he said:

Into the valley of Death

When can their glory fade?

O the wild charge they made!

All the world wonder’d.

Honour the charge they made!

If in some smothering dreams, you too could pace

Behind the wagon that we flung him in,

And watch the white eyes writhing in his face,

His hanging face, like a devil’s sick of sin;

If you could hear, at every jolt, the blood

Come gargling from the froth-corrupted lungs,

Obscene as cancer, bitter as the cud

My friend, you would not tell with such high zest

To children ardent for some desperate glory,

An extract from For the Fallen – Laurence Binyon

With proud thanksgiving, a mother for her children,

England mourns for her dead across the sea.

Flesh of her flesh they were, spirit of her spirit,

Fallen in the cause of the free.

As the stars that shall be bright when we are dust,

Moving in marches upon the heavenly plain;

As the stars that are starry in the time of our darkness,

"Praising what is lost makes the remembrance dear."

"How important it is for us to recognise and celebrate our heroes and she-roes."

"When our perils are past, shall our gratitude sleep?"

"All we have of freedom, all we use or know – / This our fathers bought for us long and long ago."

"When you go home, tell them of us and say, for their tomorrow we gave our today."

"The legacy of heroes is the memory of a great name and the inheritance of a great example."

Benjamin Disraeli, speech to the House of Commons, February 1, 1849