The Tennessee Titans are in danger of not being able to play this week’s game against the Buffalo Bills due to COVID-19 cases that haven’t stopped.

If a couple new reports are true, the Titans could be in danger of more severe punishment by the NFL.

Veteran NFL reporter Paul Kuharsky wrote that some Titans players had informal workouts at Montgomery Bell Academy on Sept. 30, after their facility was shut down and they were told to not have any contact with each other. Steve Layman of NewsChannel 5 said sources confirmed the workout among about 15 Titans players.

That’s reckless to say the least. The NFL, which has fined coaches and teams six figures for taking down their masks during games, isn’t going to like this news. It will also have to consider the possibility of making the Titans forfeit a game.

Will the Titans have to forfeit?

If the Titans, who had two more players reportedly test positive on Wednesday, can’t play against the Bills on Sunday, the NFL will have to consider making them forfeit the game.

The NFL will be in a tough spot with all teams that are disrupted over positive tests. The league won’t want to make teams forfeit. But the Titans holding a workout with more than a dozen players, after there were positive tests among the team that eventually led to last week’s game against the Pittsburgh Steelers being postponed, is going to draw league-wide ire. The NFL will want to make an example of them, if they can find evidence of the workouts, and there’s no bigger punishment to a 3-0 team than a forfeit.

The league might want to resist that punishment. There has never been a forfeit in modern NFL history. But if the Titans can’t play Sunday due to the outbreak, the NFL will have to deal with it somehow. The league would also have to decide if it will change last week’s Steelers game to a forfeit too. It’s a mess in Tennessee, and for the NFL. 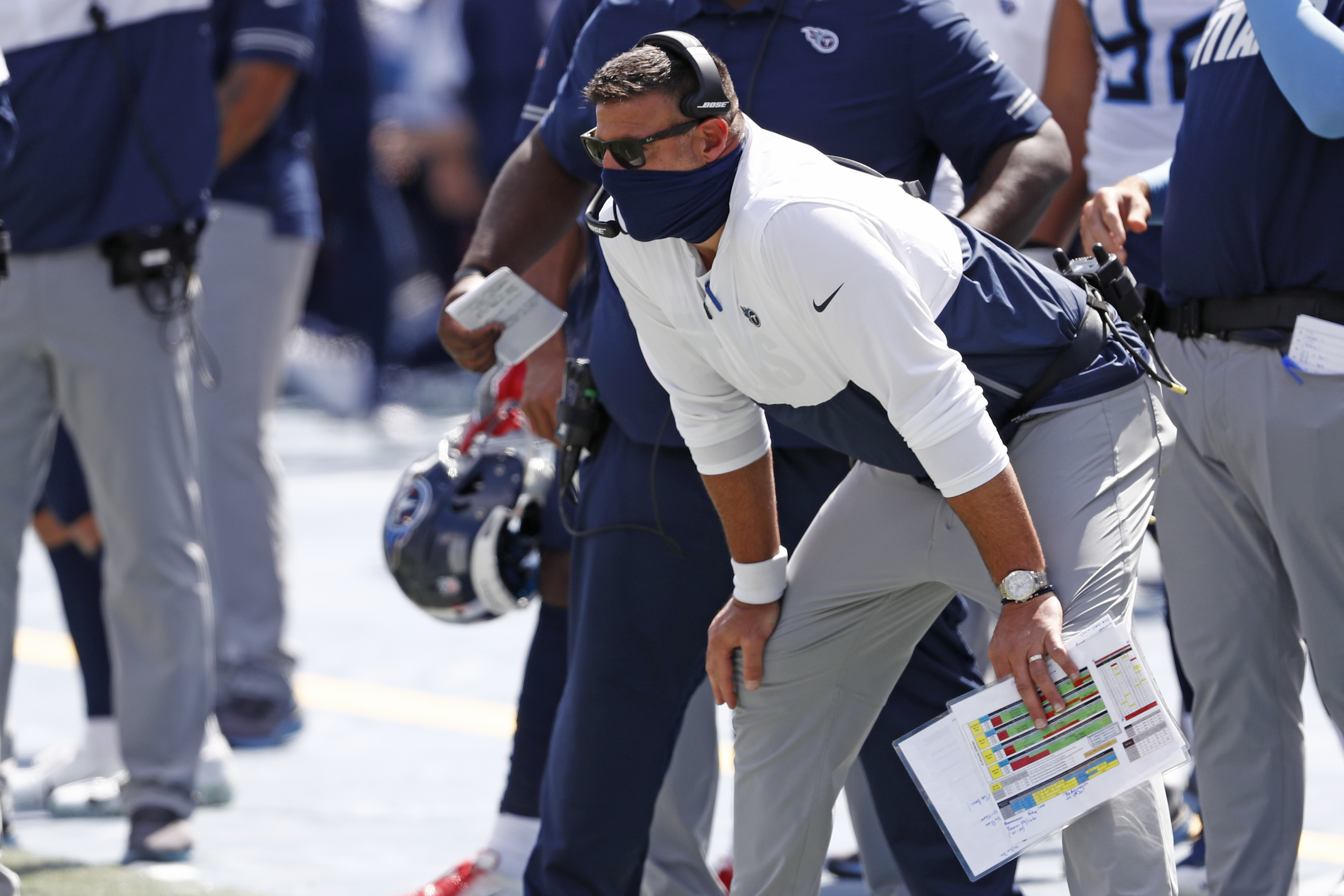 What will NFL do?

Kuharsky’s story has distant photos that seem to show players working out. Kuharsky says in his story that he was using sources who told him of the Titans’ workout, not relying on the photos for the breaking news.

The NFL put out a harshly worded memo this week that threatened teams with the loss of draft picks or forfeiture of games for other violations of COVID-19 protocols.

“Protocol violations that result in virus spread requiring adjustment to the schedule or otherwise impacting other teams will result in additional financial and competitive discipline, including the adjustment or loss of draft choices or even the forfeit of a game,” the memo said.

The Titans are the first test case. It wouldn’t be surprising if the NFL comes down hard on them, if it finds the reports of the workout to be true. The biggest question is whether the Titans take their first loss without playing a game.