Police officers have been criticised for spending their time litter-picking instead of fighting crime.

Dozens of images on social media show PCs and PCSOs carrying bin bags and scooping up litter during their shifts all over the UK, including Cardiff, Bradford and London.

Much of it is volunteer work, but some PCSOs are involved in ‘community engagement’ and go into schools to help litter-pick with primary school pupils.

However, some have criticised the practice, saying removing waste from the streets should be the job of councils and not uniformed officers. 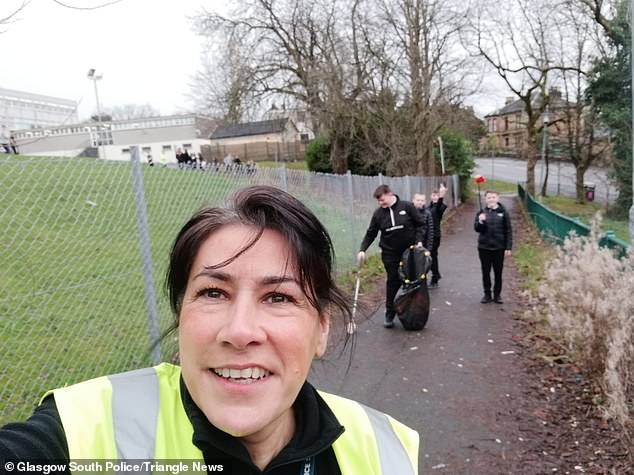 Some forces say the practice helps give a ‘police presence’ – but locals say that presence should be used to combat things like burglary and anti-social behaviour.

The 52-year-old was walking through Canton last week when he saw a police officer and a police community support officer holding the bags.

Officials have since said the the pair were taking part in a community event.

But Mr Thomas said the sight of uniformed police officers armed with a bin bag and litter pickers sent out the wrong message.

Mr Thomas, who lives in nearby Ely, said: ‘I said to the officers ”Should you be out there catching crime instead of picking up litter?”.

‘I don’t want to be odd or demeaning but it looks odd and strange. 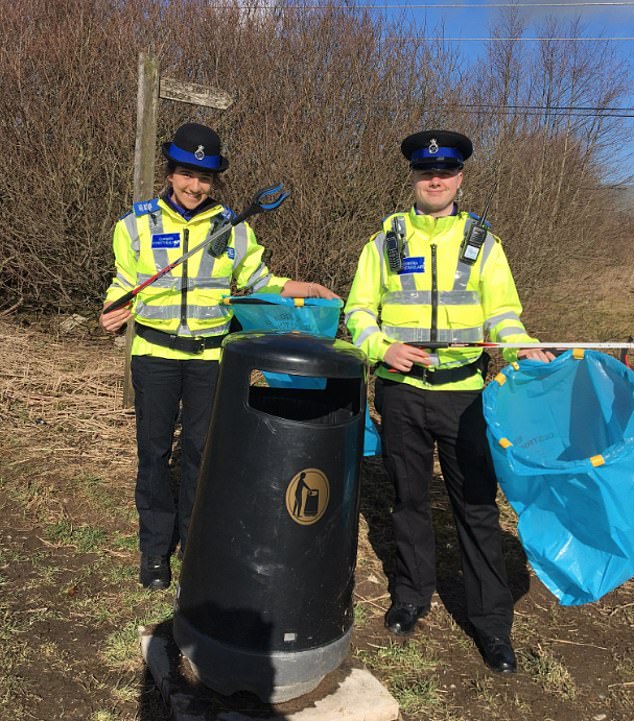 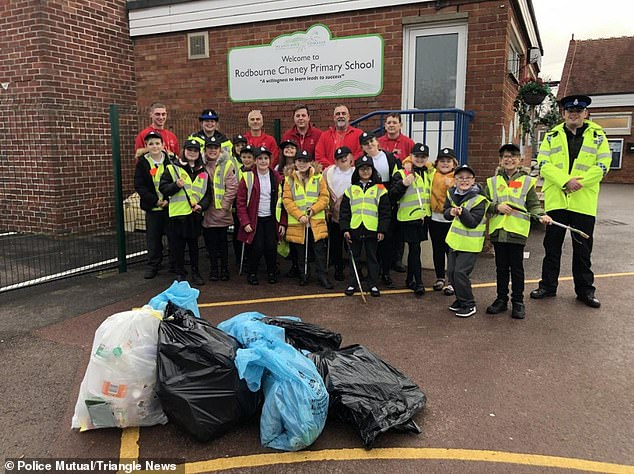 ‘People shouldn’t be dropping litter in the first place but it should be down to council services not the police, it’s wrong.

‘If they’re walking down the street and a crime happens are they going to be running with litter pickers and bags in their hands? It would look like a joke.’

Another resident said: ‘Why don’t community workers do this and police do important things like catching thieves?

‘Then the thieves can do community work picking up litter and save the taxpayer some money.’

Although the site of the PC and the PCSO may have looked strange to passers-by, South Wales Police insist the activity was worthwhile.

PC Jon Edwards, from the Canton neighbourhood policing team, said: ‘Community engagement is a key part of policing, and we are hoping to further strengthen the relationships we have with local people, groups and partner organisations.

‘Today’s community-run event was a great chance to do exactly that, while at the same time doing our bit to keep our local area tidy – and providing a visible police presence. It was also an opportunity to hear from members of the community about any concerns they may have.’ 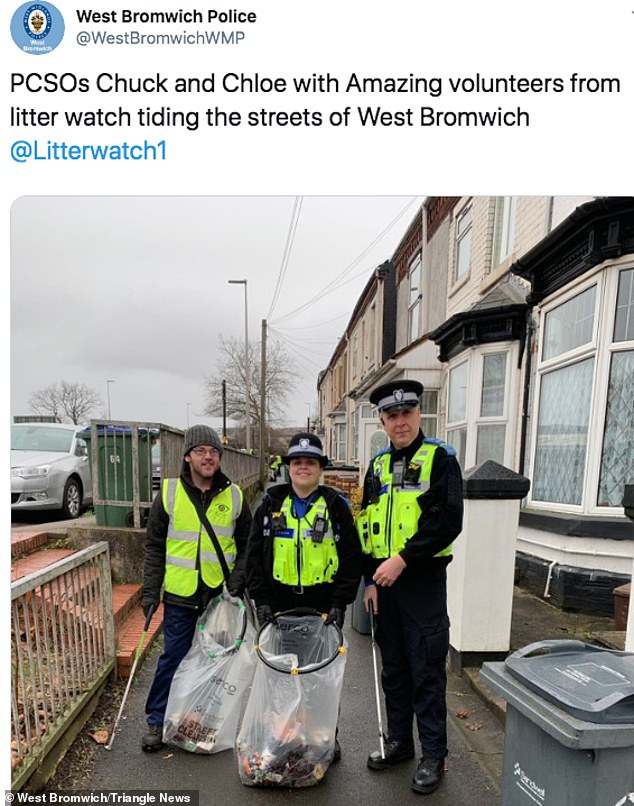 There are dozens of other pictures online that show police cleaning the streets.

Shibden Head Primary Academy in Queensbury, Bradford, tweeted: ‘Year 3 were doing their bit for the community this week.

‘Thank you to the PCSO team @bradfordmdc for leading our £community litter pick up.

‘Waste land tidied, and some beggars offered support with a view to re-homing.’

South Yorkshire’s Neighbourhood Police account for South East Sheffield posted a picture of a youngster with a PCSO who was helping with a tidy-up.

The tweet read: ‘We love this photo! After our litter picking session this morning in Handsworth this guy made a beeline for PCSO Briggs to say thank you and to give him a high five.’

PC Honeyman of Glasgow South West Police took several selfies as she helped pupils from two schools clear up alleyways and paths near their schools.

And in response to a Keep Riverside Tidy campaign in Cardiff showing PCSOs litter-picking, one resident said: ‘You would never see the police in Hathershaw doing that…never.’

Two uniformed officers posted Twitter pictures of themselves bagging up roadside rubbish on an industrial estate in Penrith, Cumbria.

Police and PCSOs can issue fines to those who litter if they witness the rubbish being dropped.

A spokeswoman for Police Scotland said of the images taken in Glasgow: ‘It is part of the remit of a campus officer to engage with the school children.

‘These pics show the campus officer engaging with the school children whilst at the same time improving the educational and social environment for the pupils and that of the local community.’