Giovanni Malacrino, 60, logged on to his laptop to check his CCTV to see a live video of the suspect in action on Sunday night, who managed to escape before police arrived. 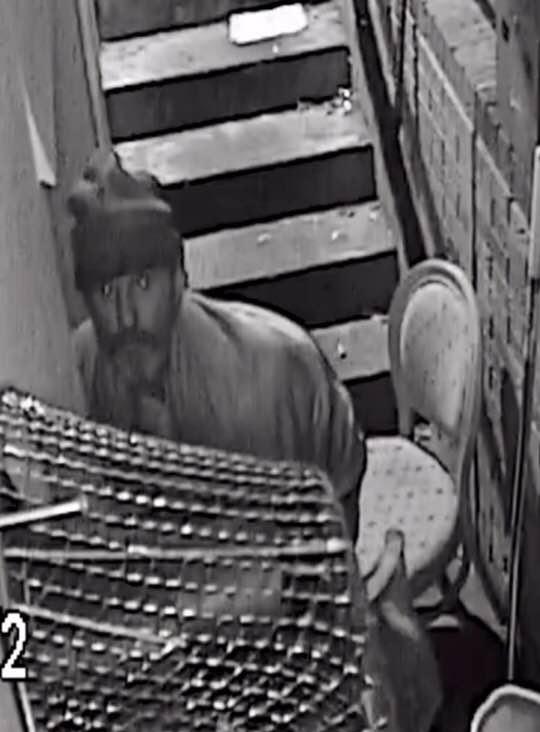 Veteran restaurant owner Giovanni was just about to tuck into his evening meal with glass of wine when he got a call about a break-in.

Footage inside the Italian restaurant called Giovanni's on Park Place, in Cardiff city centre shows a man creeping in and breaking into the till.

Police are now appealing for information – as Giovanni released images of the villain.

Giovanni said: "It was just so frustrating. I couldn't do anything about it." 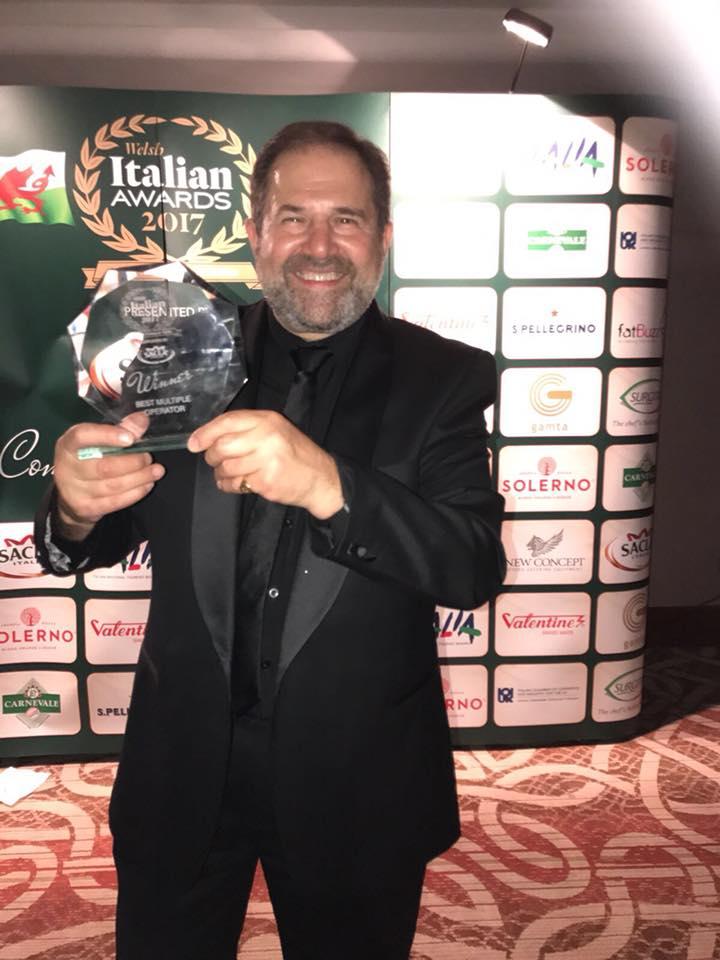 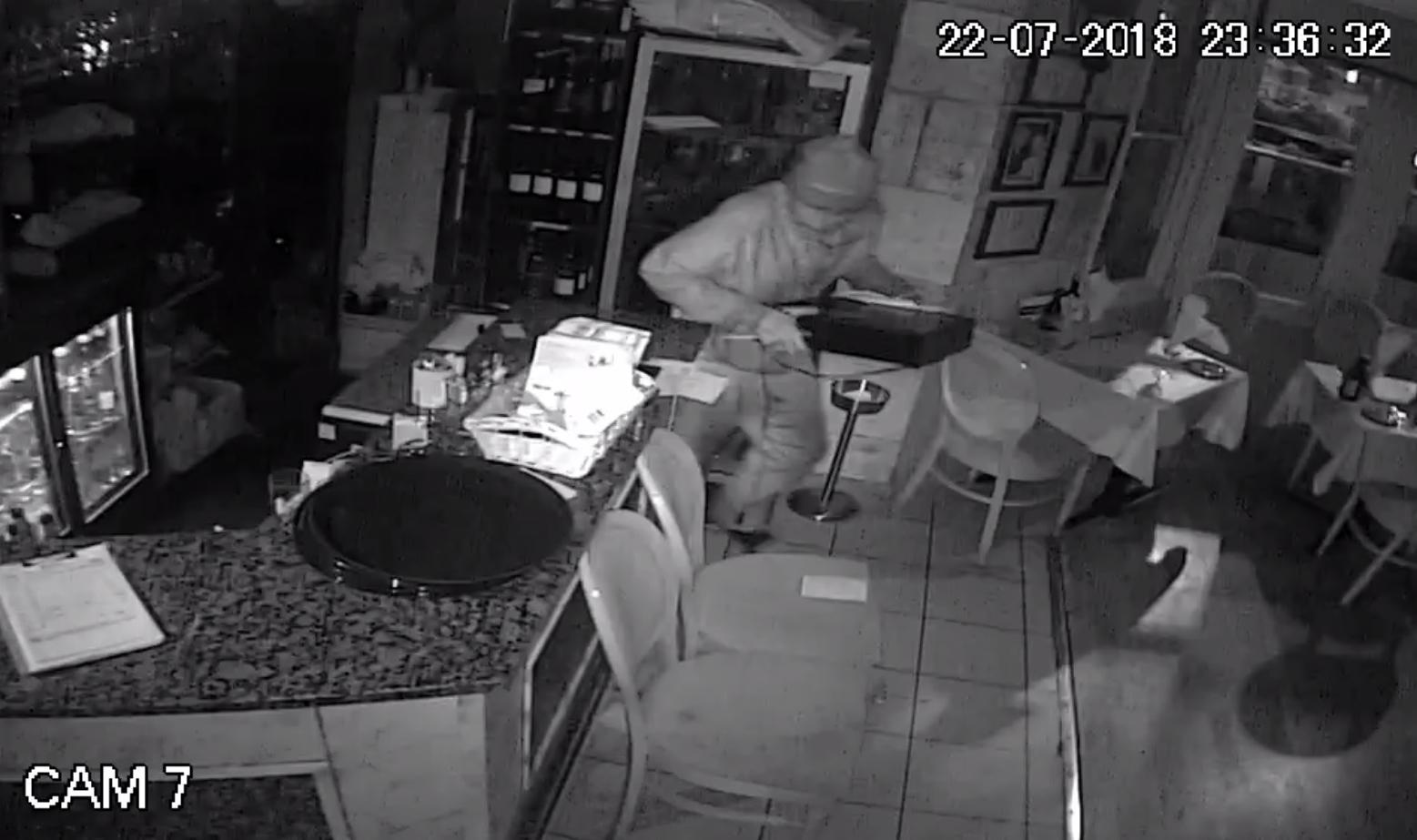 He continued: "They took a few hundred pounds from the till and the tips but it will cost more than £1,000 to replace the till.

"I'd been working all day and I'd just sat down to a nice meal and glass of wine when I got the call.

"It's not just about the money though, it's the inconvenience. They made a right mess and I don't want my staff to feel unsafe.

"I think he entered with a knife because he came through the back and cut through the lock on the door." 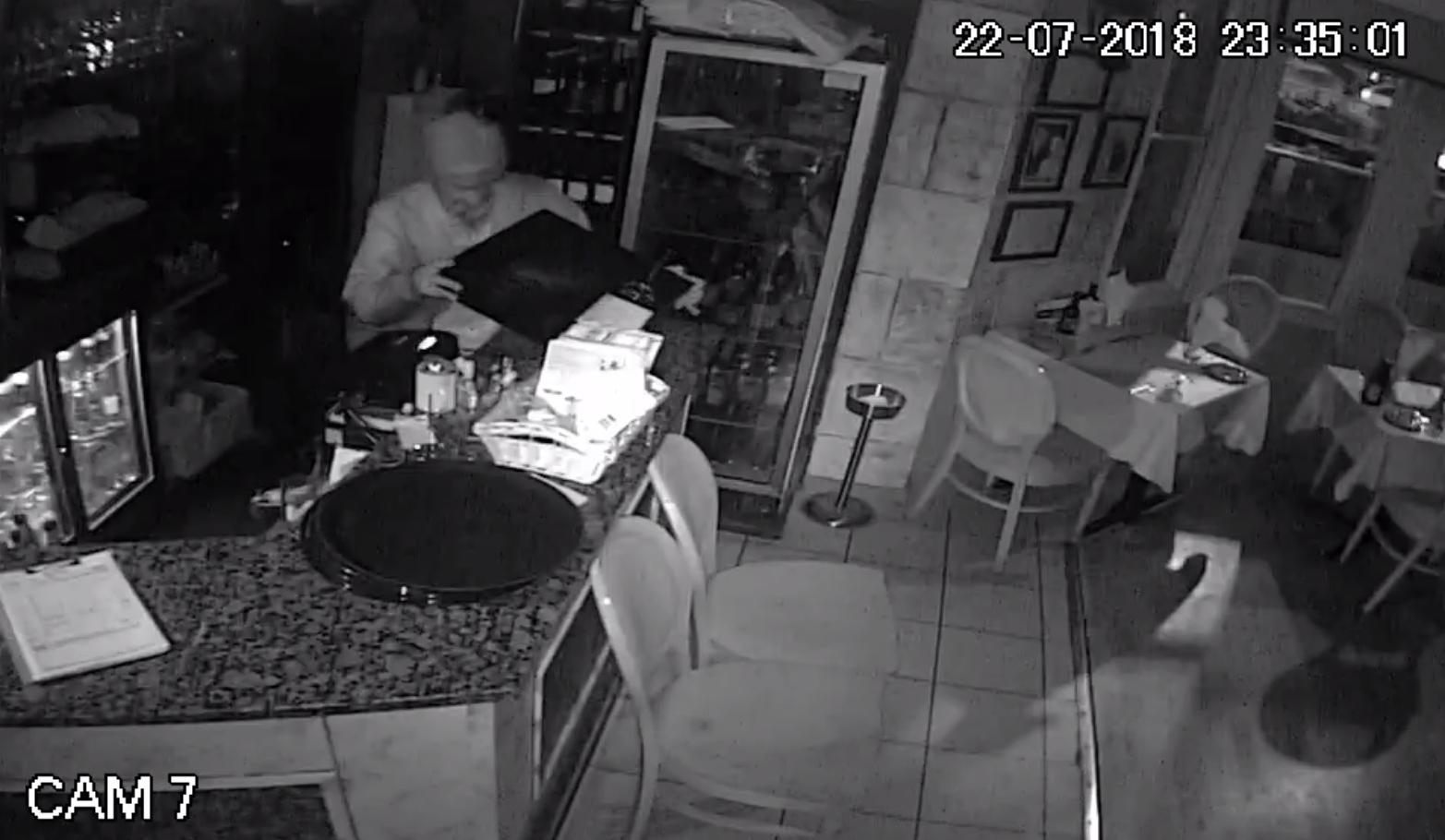 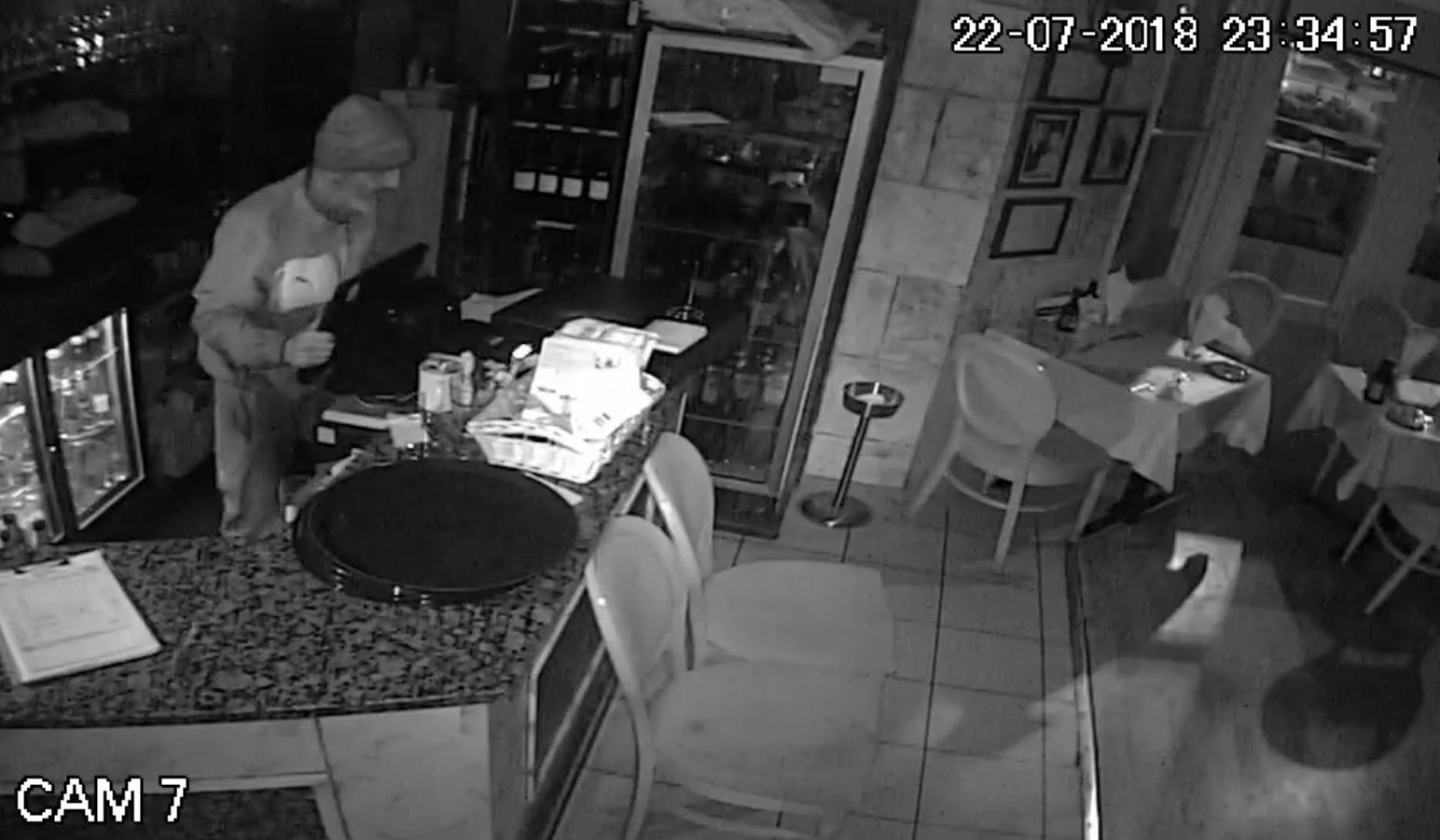 Giovanni got the call from his security company at around 11.30pm on Sunday.

Police have released CCTV images of a person they want to speak to in connection with the incident.

A South Wales Police spokeswoman said: "A man has broken in through the back door and has taken a large quantity of money from the till. CCTV has captured a suspect."