Rhino-SAW-rus! Terrifying moment a rhino charges at a safari tour-guide in South Africa

Terrifying footage shows a painfully close call when an African, black rhino charges at a safari tour-guide in South Africa.

Frank de Beer was taking a walk in the Greater Kruger National Park, one of Africa’s biggest game reserves, in Limpopo, South Africa, when he noticed the rhino walking in front of him.

The video starts with the majestic black rhino emerging from the bush with three birds perched around its head. 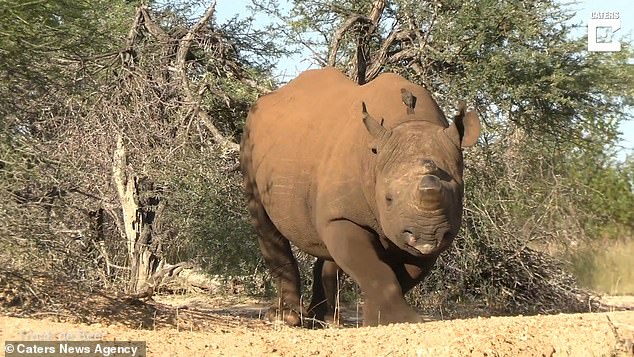 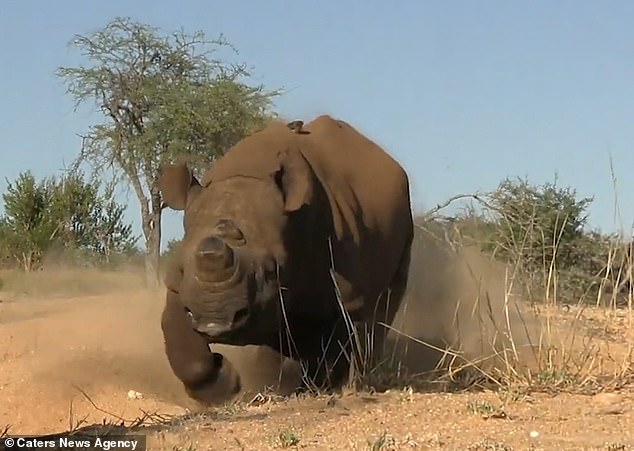 As the giant walks a few more birds join on its body before the rhino changes direction and eerily faces towards the camera.

The rhino begins to walk towards Frank who claps his hands and says: ‘Hello boy’ before the rhino starts to charge.

Frank shouts ‘hey’ and claps his hands before the footage shows the landscape shaken up and down as he turns to run from the rhino.

The video cuts to the rhino running off in a different direction and viewers can hear Frank speaking, seemingly unharmed.

Black rhinos are known to be more aggressive than white rhinos and are more likely to charge, according to Namibian wildlife sanctuary Etosha National park.

Both species have poor eyesight which is why they charge when they feel threatened by something they can hear but not see properly. 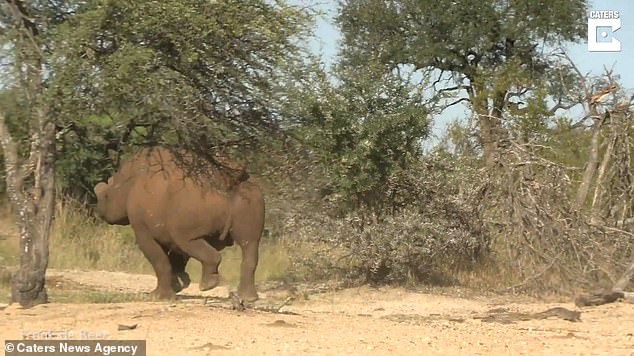 The video ends with the rhino running off into a different direction and viewers can hear Frank talking, seemingly unharmed

African, at, charges, rhino, South:
You may also like: