Blueprint for action on migrant crisis… but will it work? Rishi Sunak’s five-point plan promises ‘swift return’ of migrants from safe nations in bid to reduce Channel crossings

Rishi Sunak has pledged to combat the Channel crisis which has sent asylum claims soaring to a 20-year high – with a five-point plan setting out the Government’s strategy.

It focuses on legal and operational changes rather than radical ‘lightning bolt’ policy such as the Rwanda asylum deal unveiled by Boris Johnson’s team earlier this year.

The new plan includes a bold pledge to tackle the asylum backlog by the end of next year through root-and-branch reform.

There is a detailed programme to reject the ‘vast majority’ of claims by Albanians who, with 13,000 arrivals so far this year, now make up a third of Channel migrants.

The PM also promised major changes to the laws on asylum and modern slavery. This is how the five broad proposals might work: 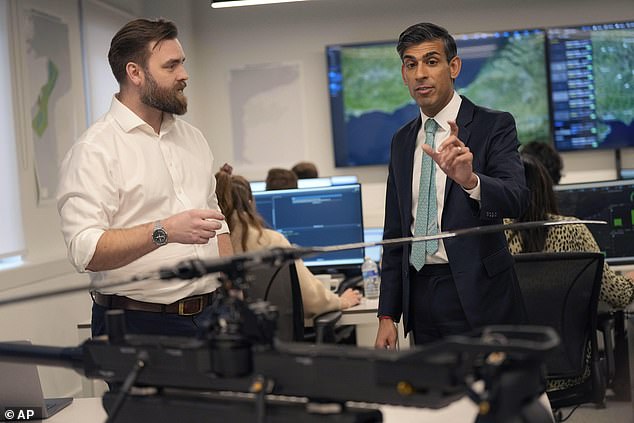 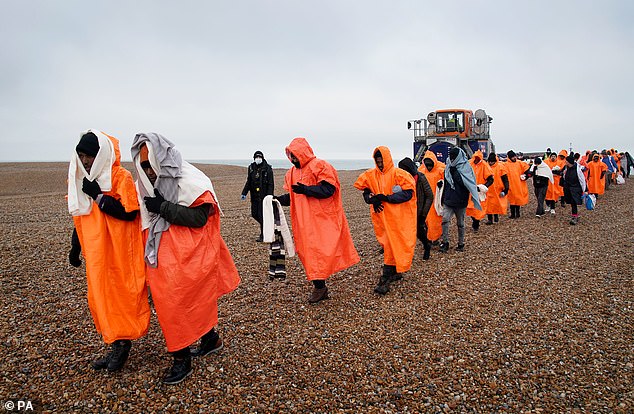 A group of migrants are brought in to Dungeness, Kent, after being rescued by the RNLI following a small boat incident in the Channel on Friday

The PM said that while Germany, France and Sweden each rejected almost all Albanian asylum claims made in their countries last year, Britain allowed more than half.

Under his plan, the ‘vast majority’ of claims from Albanians will be declared ‘clearly unfounded’ and arrivals will be ‘swiftly returned’.

The Albanian government has given the UK new legal assurances that they will protect ‘genuine victims’, making it easier for the UK to return Albanians to their homeland, Mr Sunak said.

Home Office caseworkers will be handed ‘crystal clear’ guidance telling them that Albania should be treated as a safe country so arrivals can be sent back.

The legal bar for lodging a ‘modern slavery’ claim will be raised, and a new dedicated unit of 400 specialist staff will turn around Albanian claims within weeks.

In addition, Border Force officers will be stationed at Tirana airport for the first time ‘helping to disrupt organised crime and stop people coming here illegally’.

Mr Sunak pledged that these measures combined will allow ‘thousands’ to be returned within weeks and deportation flights will carry on until ‘all the Albanians in our backlog have been removed’.

A key pitfall of these proposals is the likelihood of legal challenges from human rights activists. Mr Sunak and Albanian PM Edi Rama yesterday agreed a joint communique setting out how they will fight illegal migration.

It said the two governments will form a task force to ‘deter and disrupt illegal migration and penetrate criminal networks’.

The leaders agreed to increase the number of migrants sent back to Albania who are victims of trafficking. Both sides also committed to ‘speedy and effective’ returns.

There have been concerns about the 40,000 migrants currently housed in hotels on full board at a cost of at least £5.5million a day.

Mr Sunak said 10,000 places have already been identified in cheaper, more basic accommodation such as holiday parks, disused student halls and surplus military sites –which would come at half the cost of hotels. 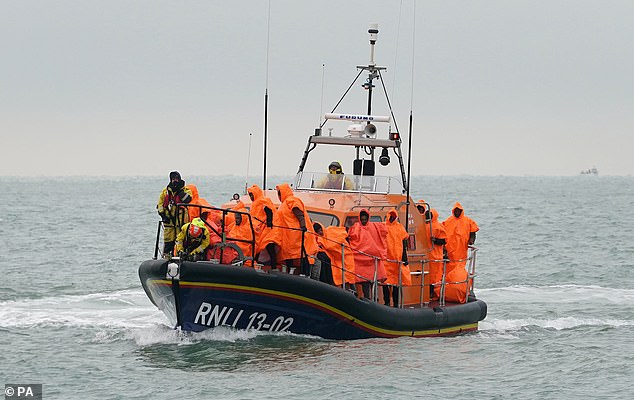 The current ‘fragmented’ system will be replaced with a unified Small Boats Operational Command. It will bring together the military, Border Force and the National Crime Agency to tackle the problem, ranging from intelligence-gathering on traffickers to intercepting vessels in the Channel.

The NCA’s funding to tackle trafficking gangs in Europe will double, and more than 700 new staff will be deployed.

But there was no mention of ‘turnback’ tactics once a dinghy is in the water – something the French have refused to contemplate.

The PM vowed to ‘abolish the backlog of initial asylum decisions by the end of next year’. It stands at more than 148,000 cases, clogging up the system. In order to achieve the pledge, the number of Home Office asylum caseworkers will be doubled.

The system will also be streamlined to triple the productivity of caseworkers who currently complete an average of just one case a week.

Mr Sunak said the Bill would ‘make unambiguously clear that if you enter the UK illegally you should not be able to remain here’. This pledge, in particular, is likely to lock the Government in a bruising contest with human rights activists.

These law changes are some way off, and are unlikely to be on the statute book until late next year.

Downing Street later confirmed the Government had committed to clear 92,601 ‘legacy’ asylum claims which were lodged before changes to the law in June – and not the entire backlog. The PM’s official spokesman said it ‘wouldn’t be right’ to prioritise the more recent claims.

Freeing up immigration officers will allow them to go back to enforcing the UK’s laws.

Mr Sunak said this would see a 50 per cent increase in raids on illegal working.

In addition, changes will be made to make it harder for illegal migrants to get bank accounts in this country.