River of TRASH flows through street after torrential rains in Lebanon

A river of garbage has been filmed flowing through the streets of Beirut after torrential rains caused flooding in Lebanon.

Incredible footage shows bags of rubbish, hundreds of plastic bottles, cardboard boxes and even a mattress being swept along the road as stunned onlookers watch.

Beirut has been struggling to dispose of its waste since 2015 when the country’s main landfill site closed following years of over-use. 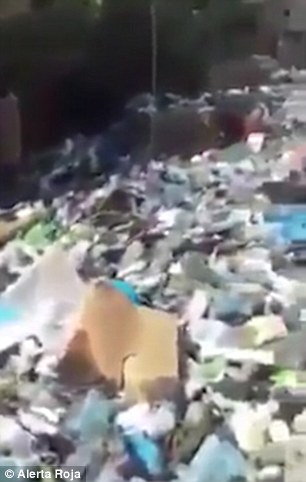 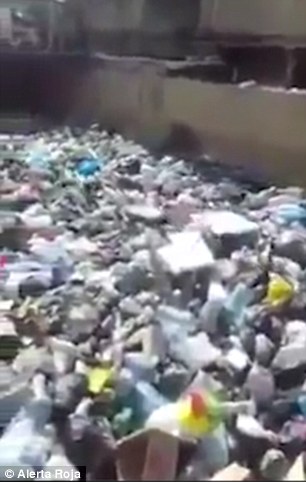 Heavy rains in Lebanon have swept a river of garbage through the streets of Beirut, which has been struggling to dispose of its waste for years

Despite the site closing the government had no backup plan to deal with the waste, and has been relying on a series of emergency sites for years.

In January this year, Lebanon’s beaches were choked with rubbish after winter storms washed it into the oceans, before it came ashore again.

Hundreds of contractors – mostly Syrians hastily hired by the Lebanese authorities – were drafted in to clean up the mess, CNN reported.

The nation-wide crisis even sparked a protest movement called You Stink which led to the army having to be deployed to restore order.

According to their Twitter feed, the video shows garbage being swept through Beirut after recent torrential rains which also badly affected communities further north. 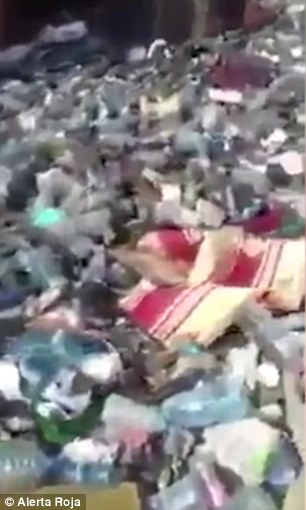 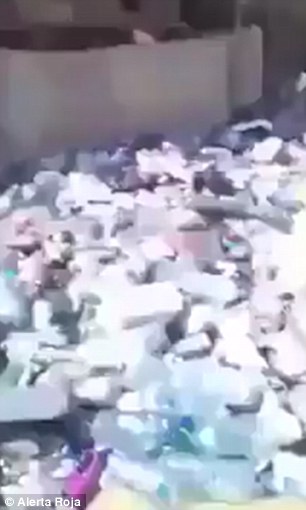 Hundreds of bags, plastic bottles, pieces of cardboard and even a mattress can be seen flowing through the streets in footage posted online

The Dinnieh region, which borders Tripoli, was hit by torrential downpours on Sunday which caused the worst flooding in years, according to The Daily Star.

The road connecting Tripoli to the Dinnieh region was turned into a river, with the water three feet deep in places.

Sami Fatfat, a local MP, admitted that the area had been unprepared for the rains, which also damaged homes.

Lebanon has relied on a string of temporary fixes since the late 1990s, after the end of its 15-year civil war, according to Reuters.

The government has left local municipal councils to their own devices without the right resources or funding, especially outside the capital.

Activists say the mess stems from corruption and gridlock at the heart of government, where private firms allied to politicians fight over lucrative contracts.

A Human Rights Watch report in December said hundreds of unsanitary, makeshift dumps have spread across the country.

The U.S.-based group said 150 of them burn rubbish out in the open every week, despite the government repeatedly banning the practice.

flows, garbage, river, streets, to
You may also like: