Robert F Kennedy III and Amaryllis Fox say ‘I do’

EXCLUSIVE: Robert F Kennedy III and former CIA operative Amaryllis Fox say ‘I do’ at beachfront wedding in front of star-packed crowd of family and friends

Bobby Kennedy III and former CIA spook Amaryllis Fox were married barefoot on a lawn overlooking a beach in Hyannis Port, Massachusetts, about 5.50pm this evening under the watching eye of Kennedy clan matriarch Ethel Kennedy and 225 family members and well-wishers.

With dozens of classic sailboats swaying in a cooling breeze from the Atlantic Ocean, the picture-perfect late-afternoon ceremony took less than half and hour.

The bride, for whom it was a second marriage, wore an off-white tulle gown with embroidered flowers, topping the look off with a crown made of starfish and small sea shells.

Both Kennedy III and Amaryllis were barefoot on the grass of the lawn near the historic Kennedy Compound that, until early 2013, belonged to pop singer Taylor Swift. 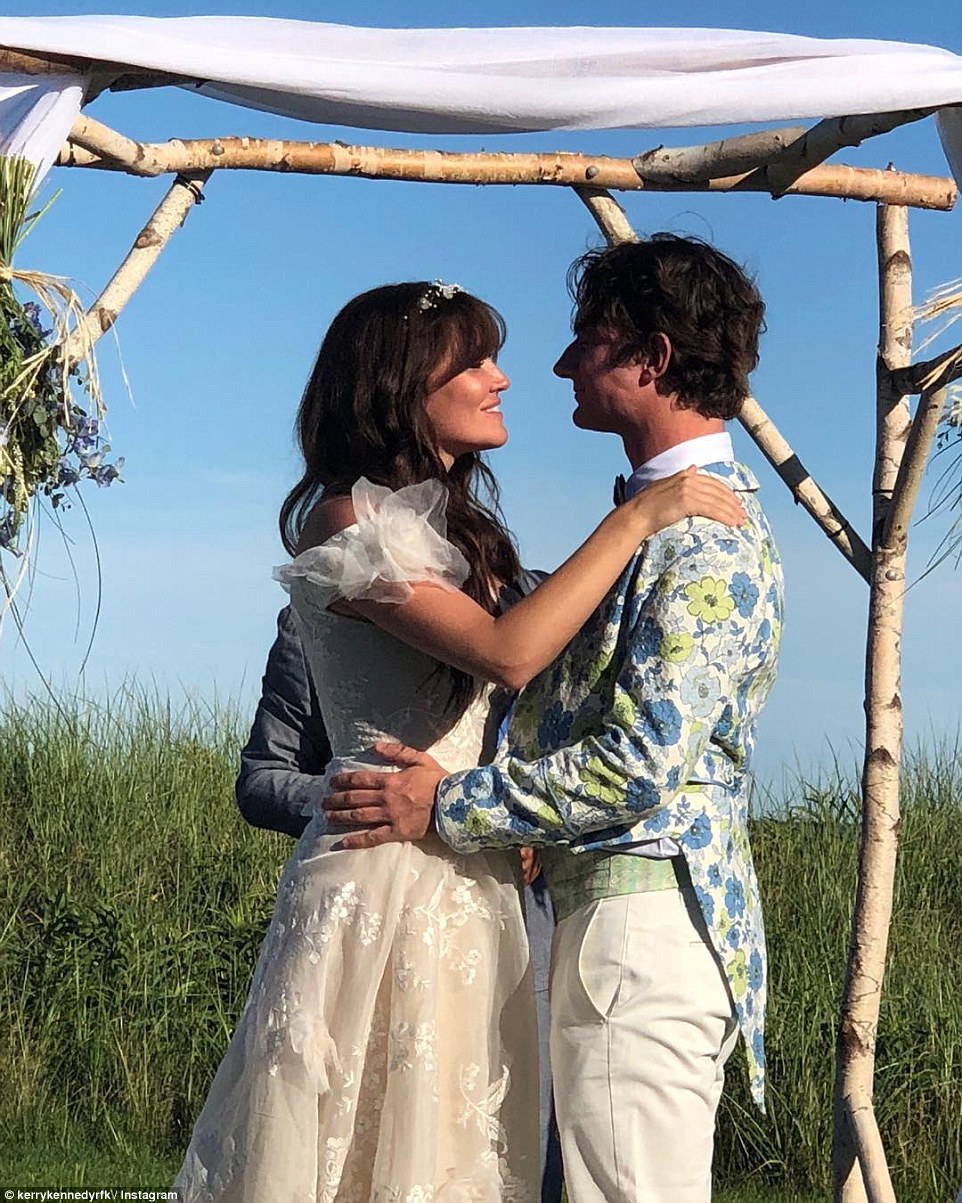 Robert Kennedy III, 33, and former CIA spook Amaryllis Fox, 37, have tied the knot at the Kennedy Compound on Cape Cod 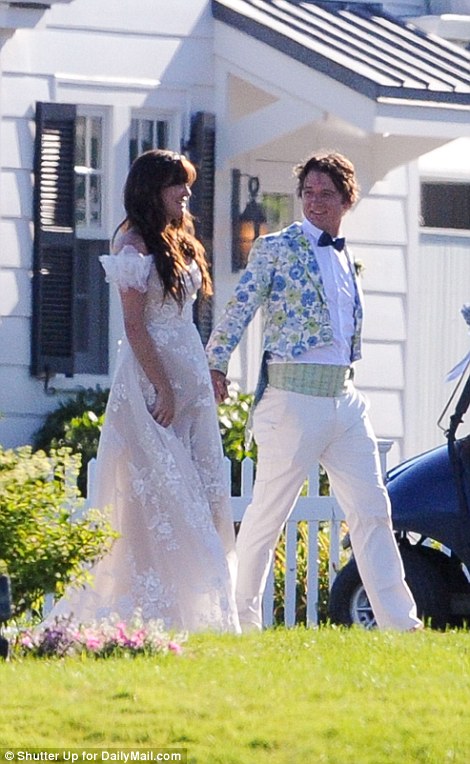 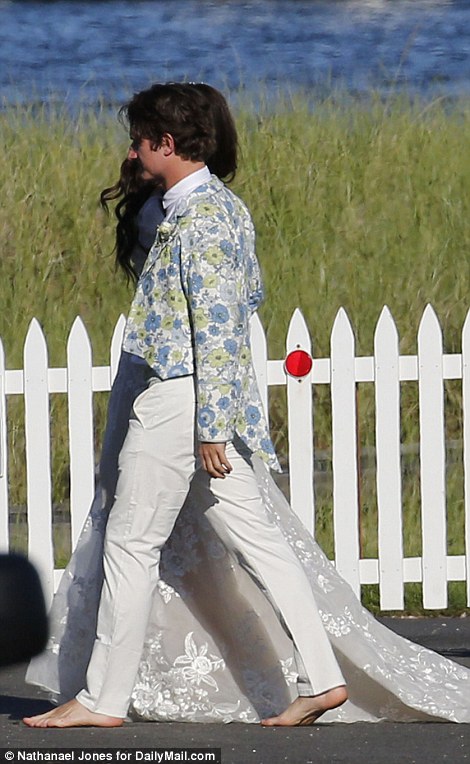 Amaryllis was stunning in a white tulle gown with embroidered flowers and a sea-themed crown while groom Bobby wore a colorful jacket with a blue and green floral pattern, green cummerbund and ecru pants. Both decided to forgo footwear 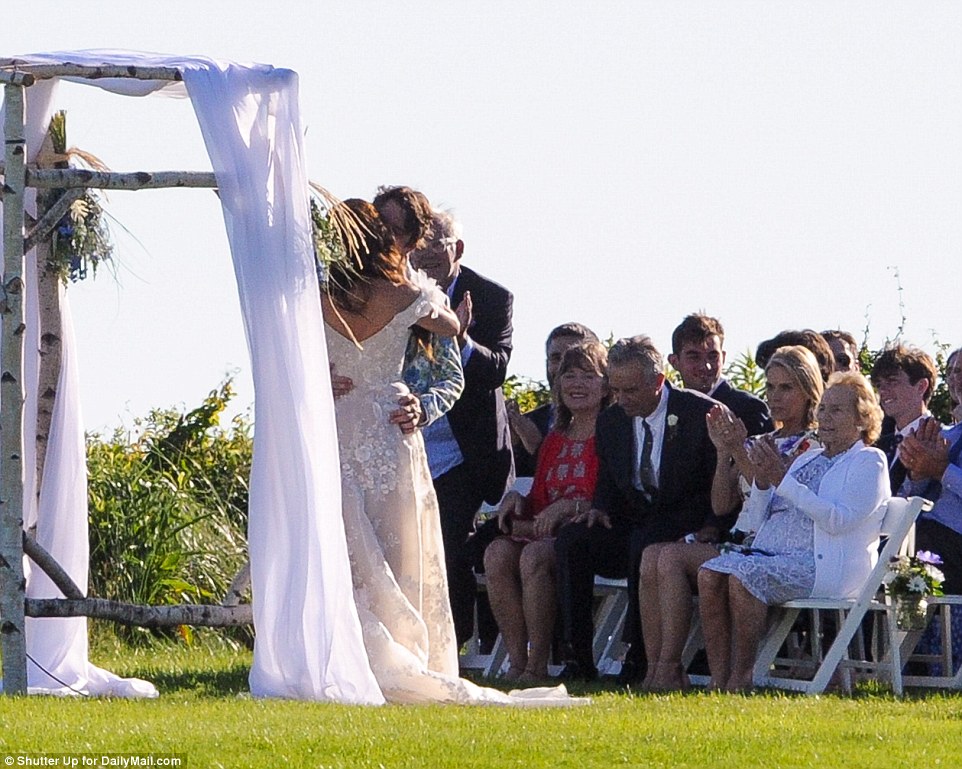 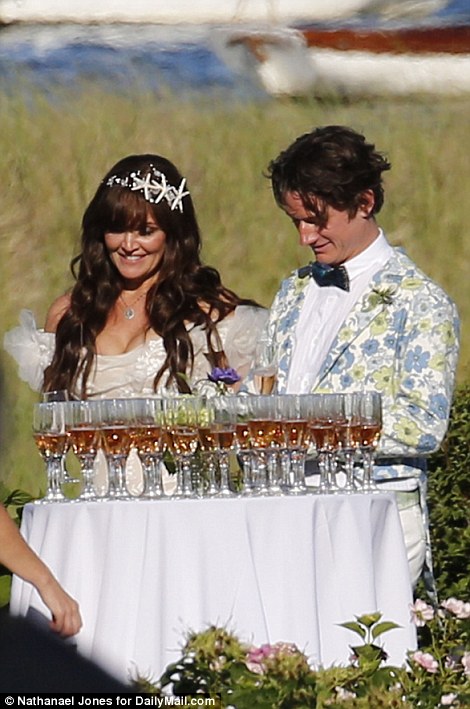 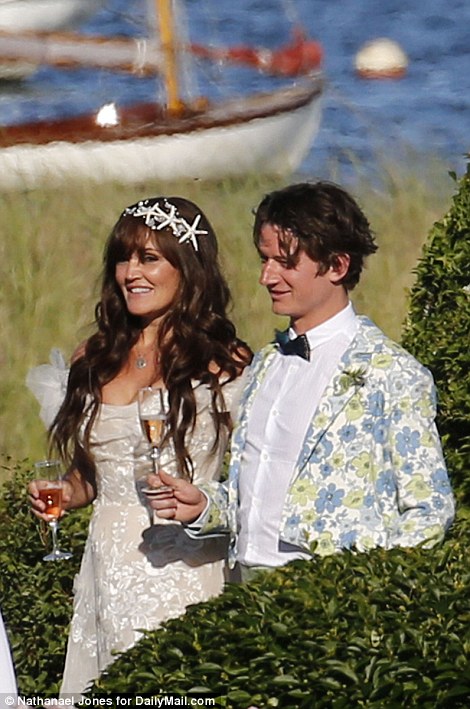 The guests, including Swedish Prime Minister Stefan Lofven and Curb Your Enthusiasm star Cheryl Hines, who happens to be the groom step mother since she is married to Robert Kennedy Jr, wore rather casual outfits for a wedding.

For men, the moccasins-without-socks look with cream pants and blue blazers appeared to be de rigueur while most women wore sun dresses, some of them on the extremely short side.

The wedding guests started gathering at the compound about 5pm and were serenaded by a lone piano player.

About 5.30pm, the bride crossed the street from the compound into the grassy yard under raucous applause and what sounded like rebel yells. 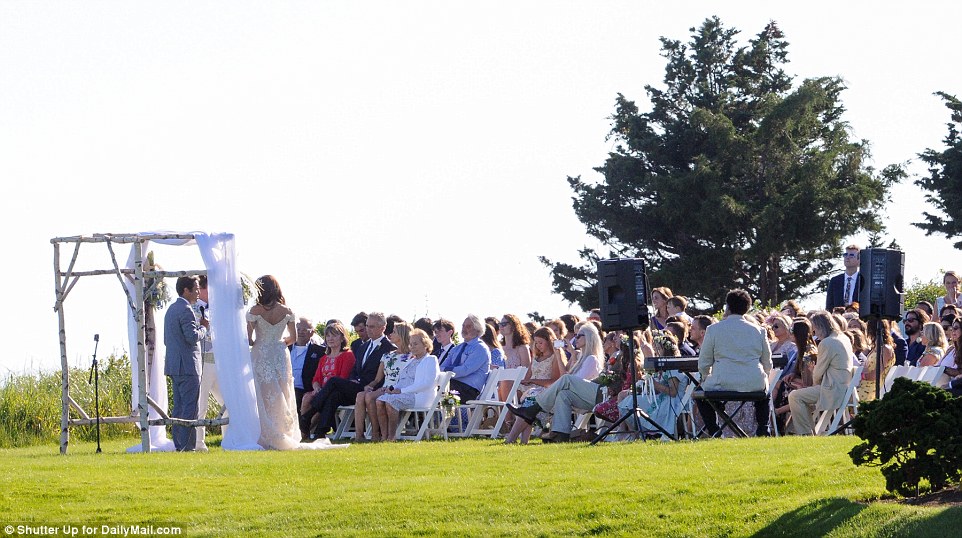 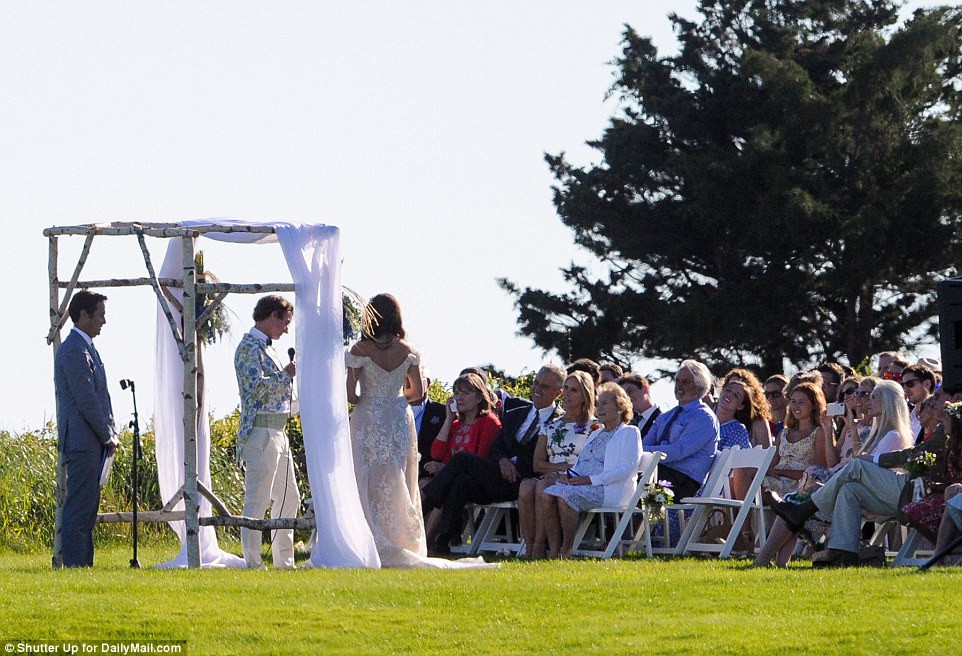 Bobby holds a microphone as he reads his vows at the ceremony. It is the 33-year-old’s first time getting married 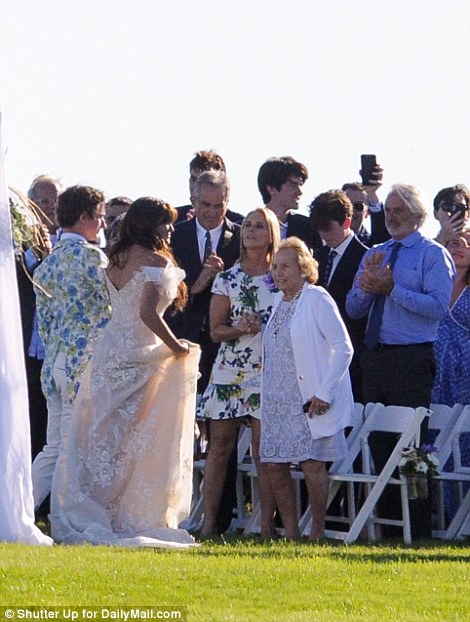 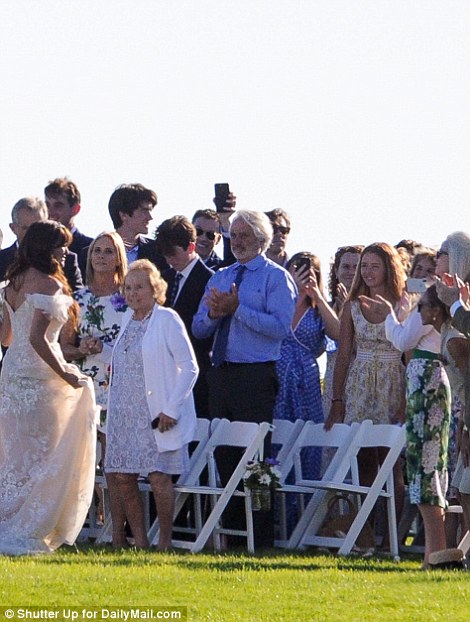 The audience erupted again when, at little more than 20 minutes later, Kennedy and Fox were pronounced husband-and-wife.

Right on cue, a small plane pulling a giant ad for Blue Moon beer overflew the wedding on its way to its runway after an afternoon run over Cape Cod’s beaches.

At the end of the ceremony all 225 guests lined up on the lawn for a group photo, with the bride and groom front and center.

Kennedy and Fox then left the lawn with their arms intertwined under more applause from the guests and the pianist’s Mendelssohn’s Wedding March as they headed back into the compound for a banquet for 150 and a rose champagne toast.

Police officers on the scene were not supplied with a guest list, leaving them confused as to who they should allow in to the venue, one official told DailyMail.com. 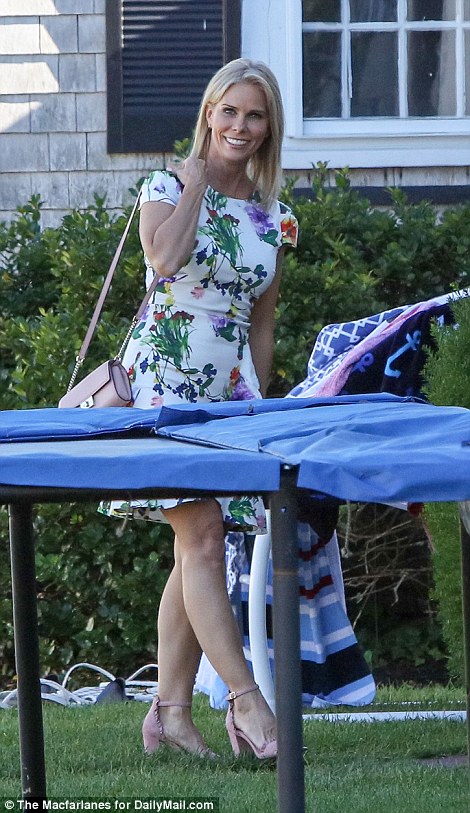 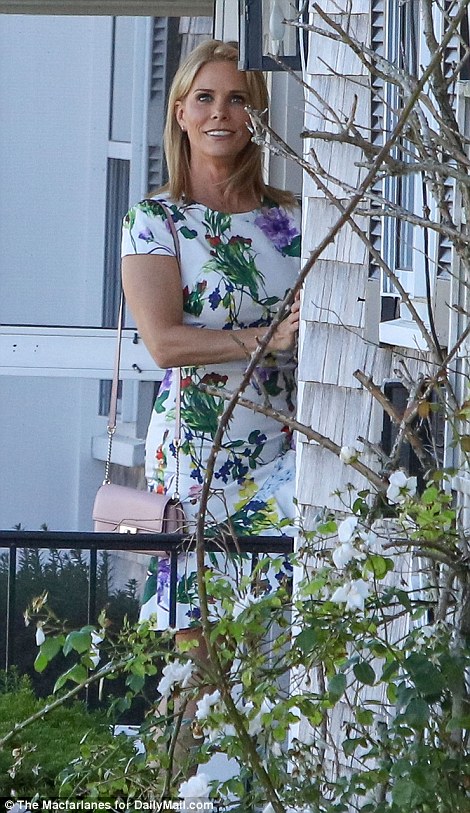 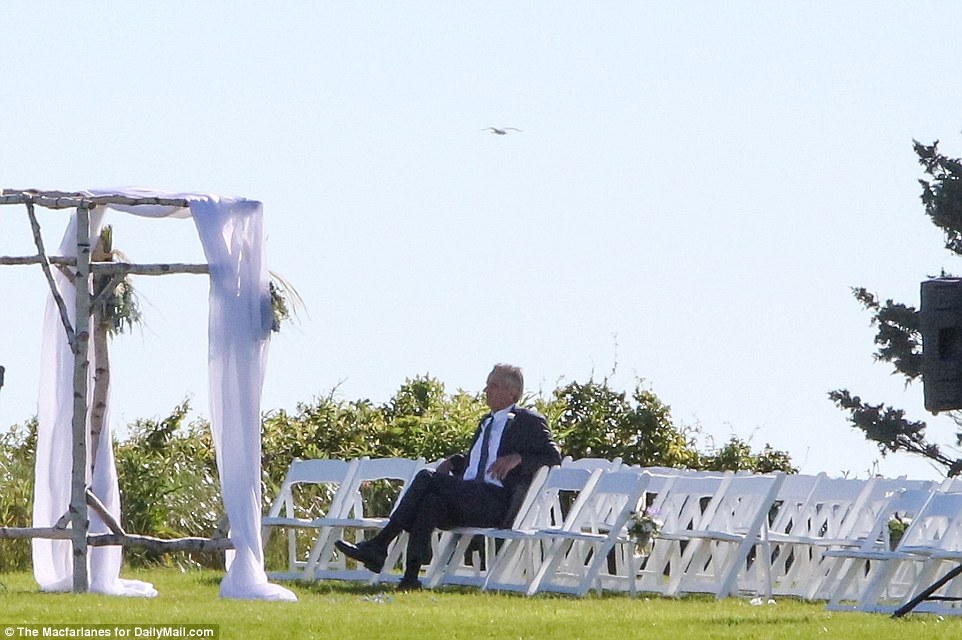 Robert Kennedy sits by himself ahead of the ceremony, where he watched his son Bobby get married for the first time 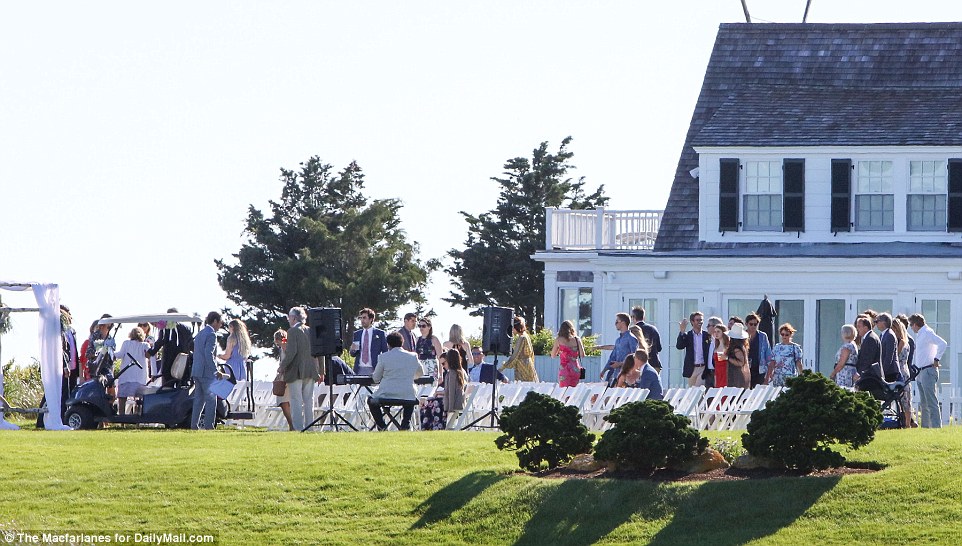 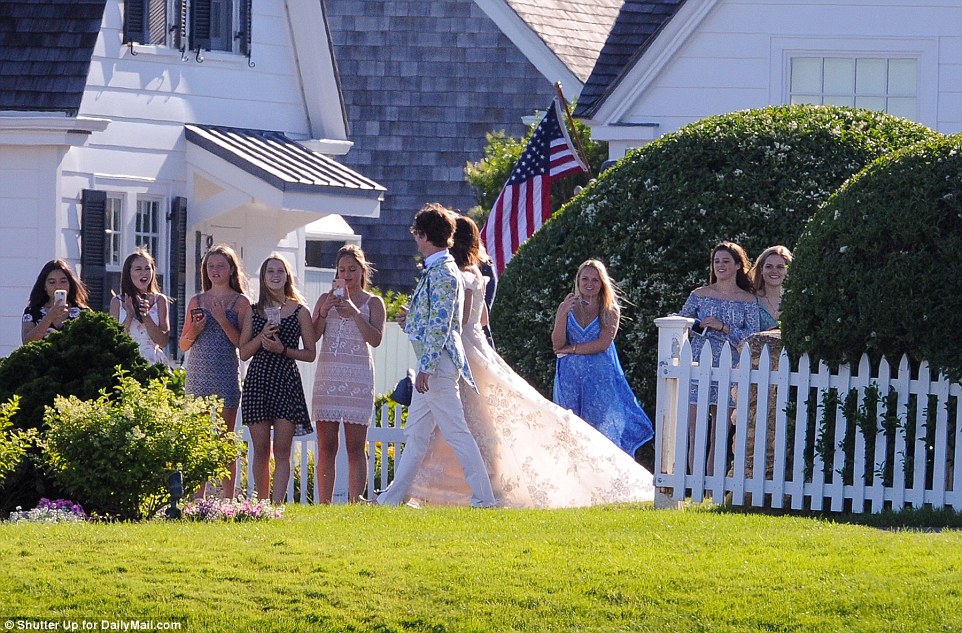 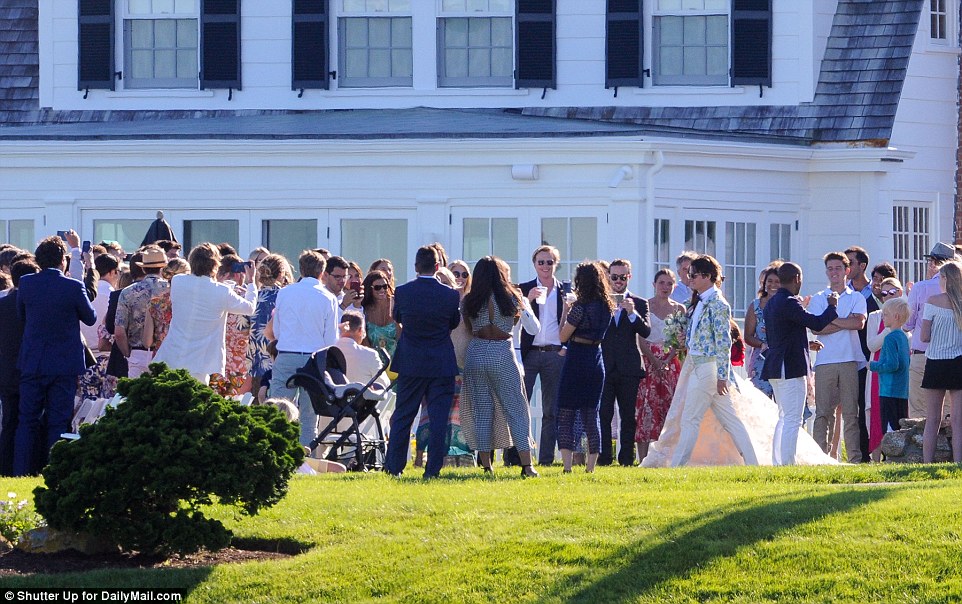 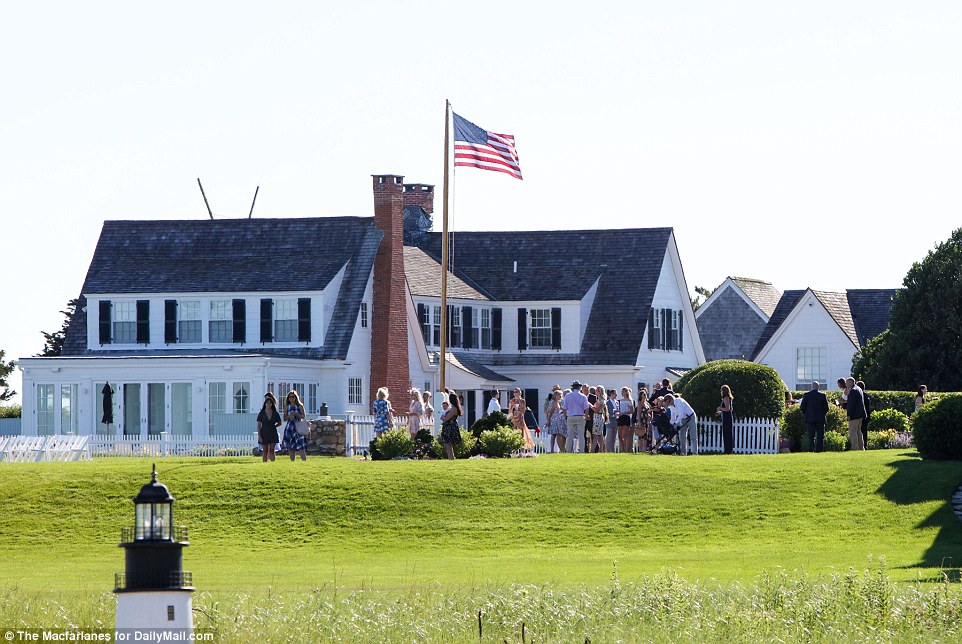 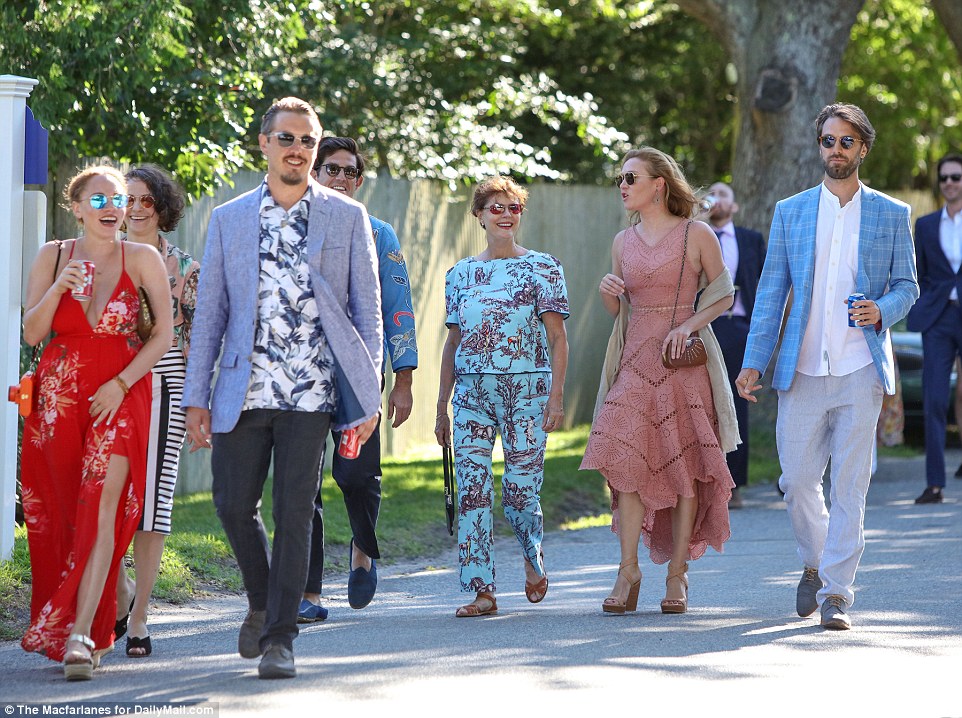 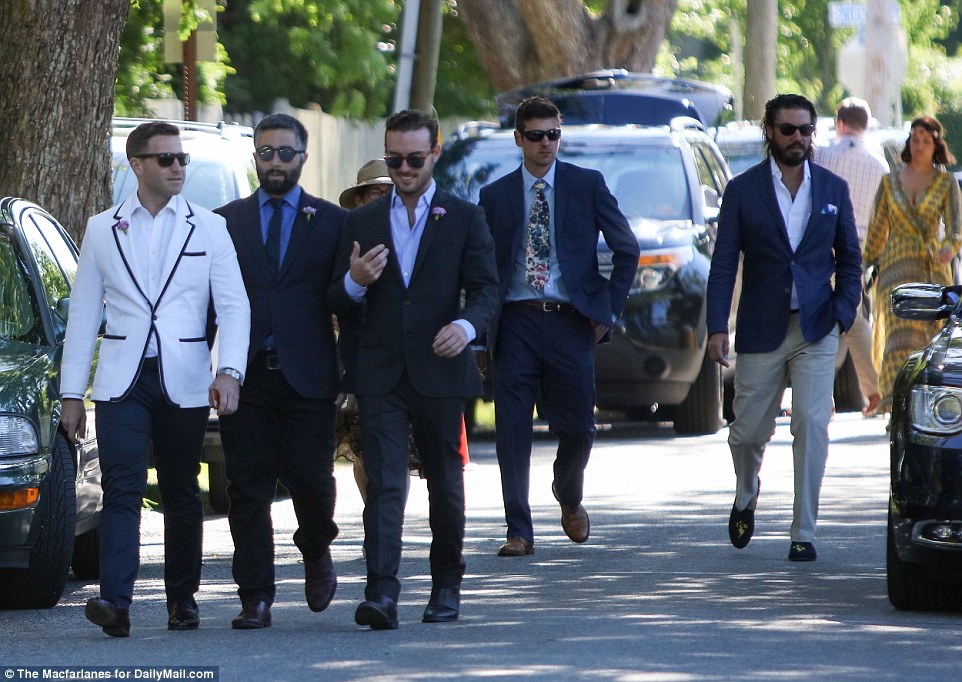 It appeared that the majority of the male attendees stuck with a simple navy, light blue and white color palette

The four-day celebration kicked off on Thursday at the luxurious beachside residence that has hosted many a Kennedy gathering over the years.

Thursday morning the first guest to arrive headed down to the Hyannis Yacht Club armed with sunscreen as they prepared to spend the day on a boat in Nantucket Sound.

By Friday evening the festivities were in full swing, with about 200 family members and friends gathering in an outdoor tent to munch on oysters, seafood and tuna freshly fished off Cape Cod while sipping on glasses of wine and Corona beer from the bottle.

The weekend has been billed as an intimate affair, but there were still plenty of boldfaced names in attendance, including Löfven, Hines and Oscar-winning actress Susan Sarandon.

One of the highlights of the weekend so far was when the bride’s eight-year-old daughter Zoe serenaded her step-father-to-be Bobby with a rendition of Bruno Mars’ Marry You during the rehearsal party.