The tiny brown-and-white speckled Saw-whet that inadvertently traveled from Oneonta to Manhattan aboard this year’s Rockefeller Christmas tree was released back into its natural habitat on Tuesday night.

Workers with the Ravensbeard Wildlife Center in Saugerties, where Rockefeller has been convalescing, released the bird at dusk into a vast upstate open space with plenty of conifers for the owl to seek safety in. 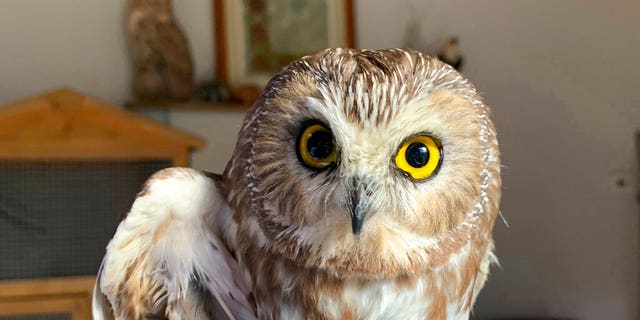 The wildlife center shared footage of the release, showing the owl flee from a woman’s hand onto a nearby tree, before taking off again.

Workers discovered the feathered creature clinging for her life to the 75-foot-tall Norway spruce shortly after the tree was trucked into Manhattan on Nov. 14.

Adorable photos of the tiny bird wrapped in an orange sweater soon went viral on social media as the heartwarming tale 2020 needed.But wildlife experts previously told The Post that she would have endured a hellish journey to the big city and is lucky to have survived.