A notorious Italian mobster has been sentenced to six years in jail for violently assaulting a journalist during an interview in 2017.

The assault – a video of which went viral shocking the nation – occurred last November in the seaside town of Ostia, near Rome.

Daniele Piervincenzi, who works for the Rai national television broadcaster, was asking Roberto Spada, the brother of a jailed mafia boss, about his political allegiances when he was set upon.

A camera continued to roll throughout the attack.

Questioned on his ties to the far-right CasaPound movement, Spada suddenly lunged and headbutted the reporter, breaking his nose.

He then pulled out a cosh, hitting him and chasing him down the street.

Spada was arrested for assault aggravated by mafia-style violence, with prosecutors saying his behaviour was typical of methods used by organised crime groups to control territory. 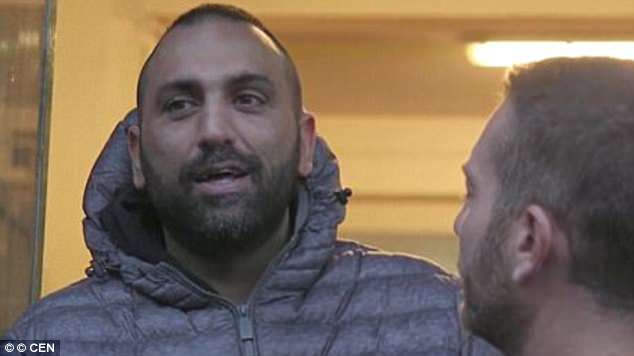 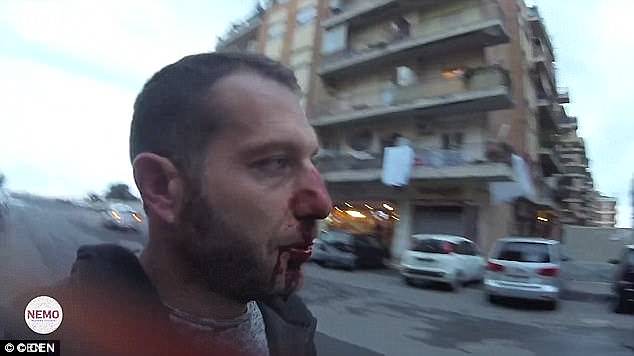 Daniele Piervincenzi is pictured after the attack. The footage taken by his cameraman was used as evidence in court

The sentence is slightly less that the eight years and nine months called for by the public prosecution.

According to Italian media, the sentence also calls for one year’s probation at the end of the prison sentence and compensation to be paid to Piervincenzi and his cameraman Edoardo Anselmi who was also targeted in the attack.

Journalist Piervincenzi said at the time of the incident: ‘He hit me because I was asking questions. He should ask Ostia for forgiveness.’ 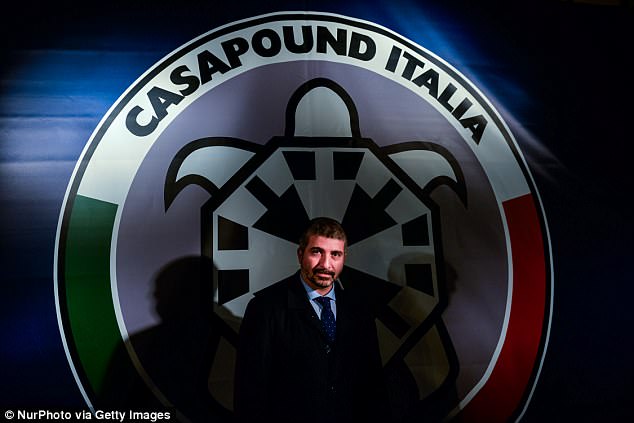 Spada lashed out after being questioned on his connections with far-right group CasaPound. Pictured: CasaPound candidate Simone Di Stefano ahead of this year’s Italian election 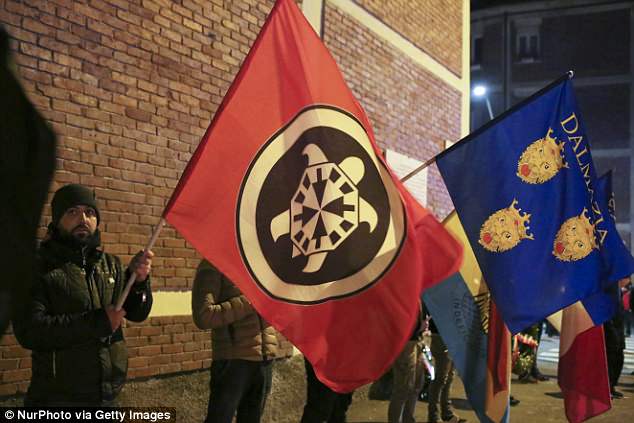 His camera team had travelled to the coastal town, about 30 kilometres (19 miles) from Rome’s city centre, for a documentary into municipal elections.

The area’s local council had two years before been dissolved after it was revealed to have been infiltrated by mafia.

The Spada clan is notoriously violent.

Seven members of the family were sentenced to a combined 56 years in jail in October 2017, and Roberto’s brother Carmine was ordered to serve 10 years in 2016 for extortion and mafia association.