Donald Trump's lawyer flew to the Peach State to witness the startling footage being screened to a Senate Judiciary subcommittee yesterday. 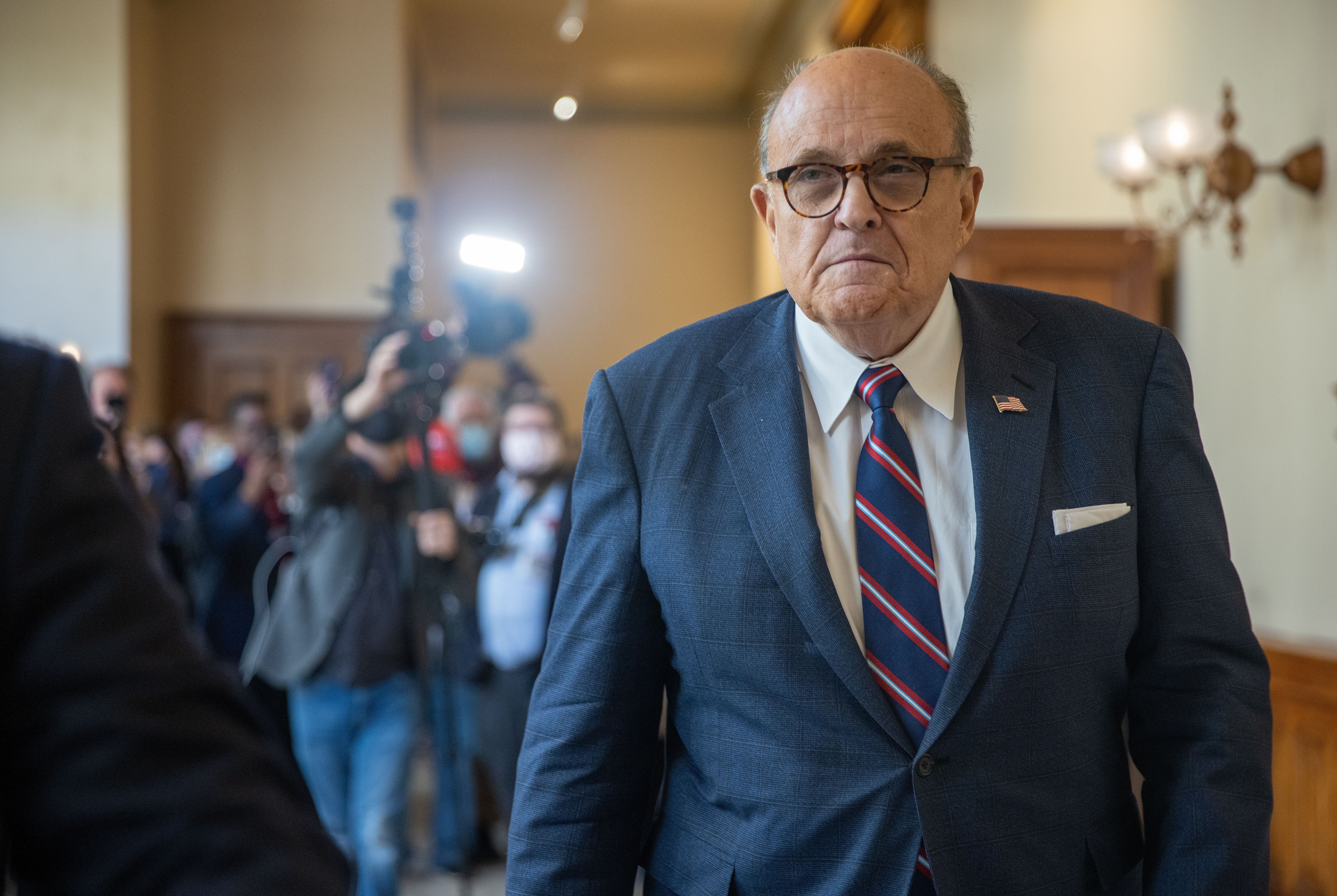 After the clip emerged, Georgia's Republican Governor Brian Kemp called once more for an audit of the election results admitting the new claims were "concerning".

His office had earlier snubbed demands by the president for Kemp to use his "emergency powers" to influence the handling of a second recount in the state.

The video at the center of the shocking allegation is from the State Farm Arena – which was Georgia's largest voting center.

According to CBS, the clip is said to show people taking out at least four cases of ballots from underneath a table.

They are then said to be seen counting them while no election supervisor is present.

The "evidence" was presented to the state Senate Oversight Committee by Jacki Pick, who is a volunteer attorney in Georgia. 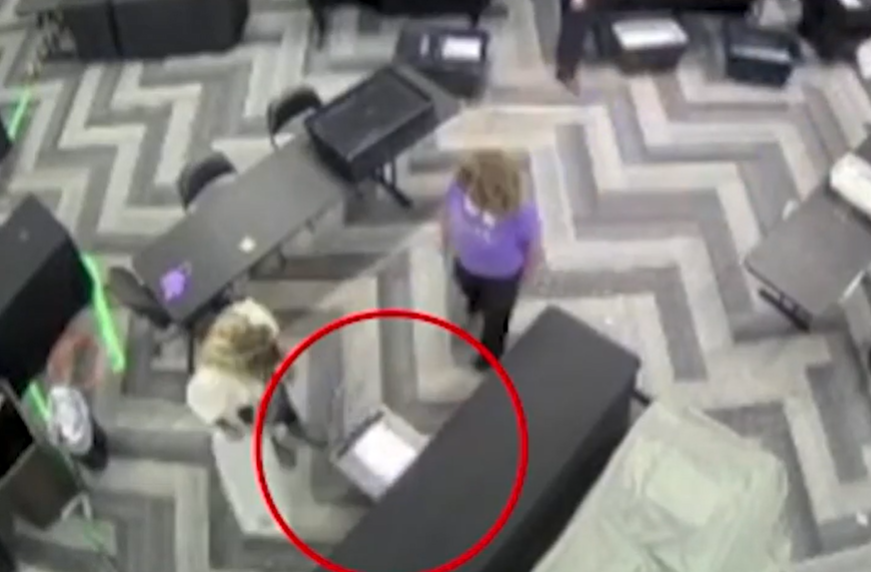 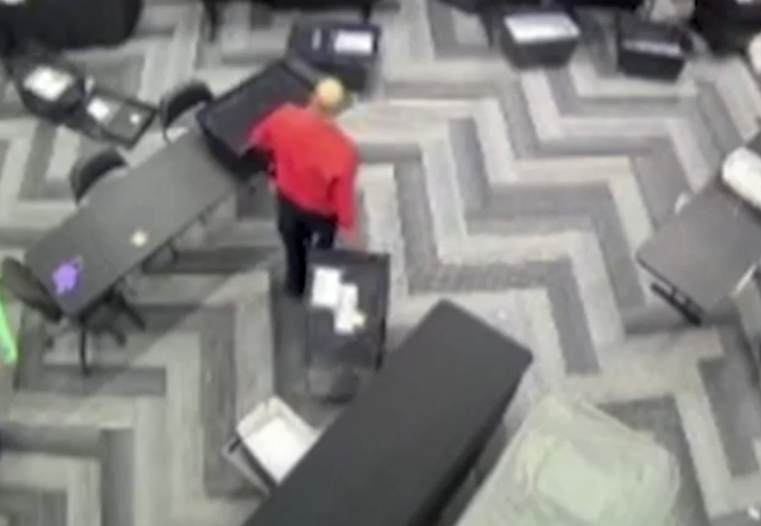 She said: " 'The same person that stayed behind, the person that cleared the place out under the pretense that we are going to stop counting is the person who put the table there at 8.22 in the morning.

"I saw four suitcases come out from underneath the table."

The Senate hearing was then told they were "phantom votes".

Giuliani also posted the video on his Twitter feed with the words "SMOKING GUN FROM GEORGIA."

He added: "“WATCH: Video footage from Georgia shows suitcases filled with ballots pulled from under a table AFTER supervisors told poll workers to leave room and 4 people stayed behind to keep counting votes."

The video is the first time the president's legal team have presented what some see as actual evidence to back their claims of election fraud.

According to CBS's report, there were an estimated 6,000 ballots in each case – which could account for up to about 24,000 potential votes.

Biden beat Trump by just over 12,500 votes in Georgia -with the Democrat receiving nearly twice as many absentee ballots.

However, not everyone on the senate committee was impressed with the video.

One lawmaker said: "The question is since this has been debunked repeatedly what evidence can you give to us that counters what our elections officials have presented us with only an hour ago?"

Pick then replied: "You just saw it, your officials need to watch the video." 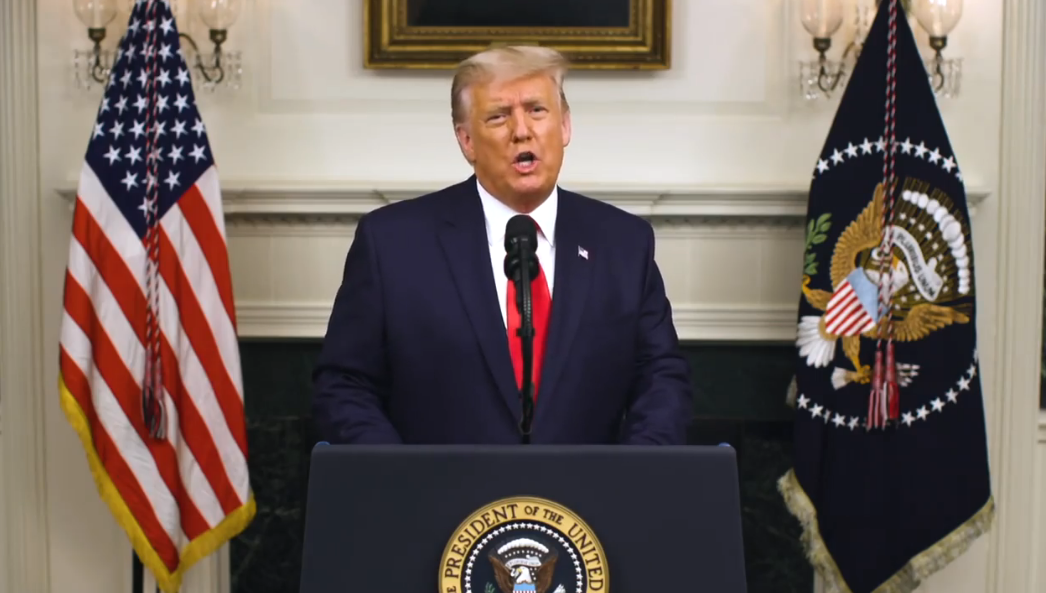 And at the end of November, the president's legal team filed a 104-page suit claiming the Georgia count was rigged.

The suit made claims of fraud, and violations of Georgia law and the constitution, according to reports.

The lawsuit also alleged that voting machines were rigged to change votes from Trump to Biden.

Last night, Governor Kemp called again for the signature audit of the state’s election results during an interview on Fox News.

Kemp admitted that some of what allegedly came out during the Senate hearing raised some questions.

“You know, I’ve called early on for a signature audit, obviously the secretary of state, per the laws and the Constitution would have to order that; he has not done that,” Kemp said.

“I think it should be done. I think, especially with what we saw today, it raises more questions.

"There needs to be transparency on that. I would again call for that, and I think in the next 24 hours hopefully we’ll see a lot more from the hearings that the legislature had today and we’ll be able to look and see what the next steps are.”

Giuliani, of, Releases, Rudy, vid
You may also like: