Russian Embassy accuses British media of blaming them for heatwave

Britain is basking in sunshine today as a hotspell from southern Russia heats up the Bank Holiday to record temperatures – but pointing that out has landed the media in trouble.

Nicknaming the mini heatwave the ‘Roast from Russia’ – purely because of its origins- has not gone down too well with the Kremlin’s Embassy in London.

While Britons celebrated the sunshine and raced for the beaches, the Embassy accused the press of ‘blaming’ Moscow for the weather. 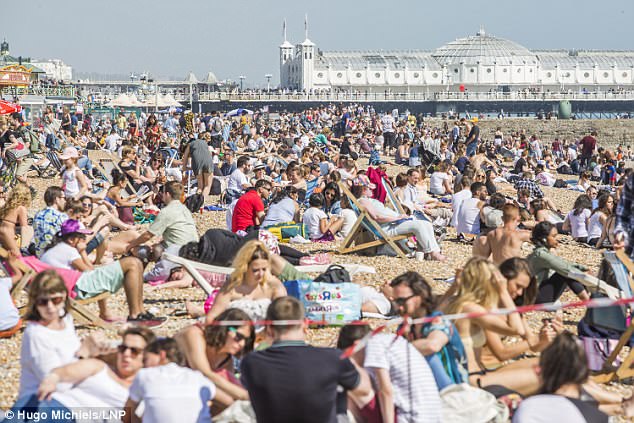 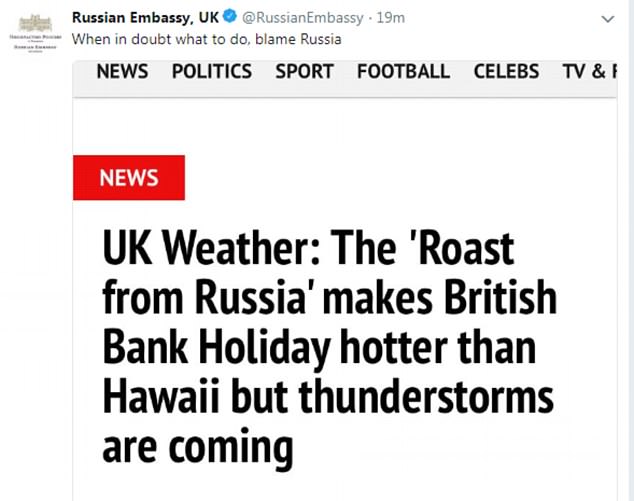 The Russian Embassy accused the British media of blaming the weather on the country. The weather dubbed the ‘Roast from Russia’ followed the ‘Beast from the East’

The Russian Embassy retweeted a story from The Mirror, which referenced the warm blast moving in from the Continent.

The headline which called the sunny spell the ‘Roast from Russia’ was seized upon by the Embassy in London, which frequently attacks the British media.

The Embassy wrote: ‘When in doubt what to do, blame Russia.’

However, the hotspell is literally being swept from the southern parts of Russia to the UK, leading meteorologists to dub the heatwave the ‘Roast from Russia’.

It is not the first time the weather has been linked to Moscow. In February, temperatures plummeted to -5C and an extreme weather warning was issued. The chill coming from Siberia was subbed the Beast from the East.

Winds from the east, caused the mercury to plummet – with even daytime temperatures struggling to rise above zero. 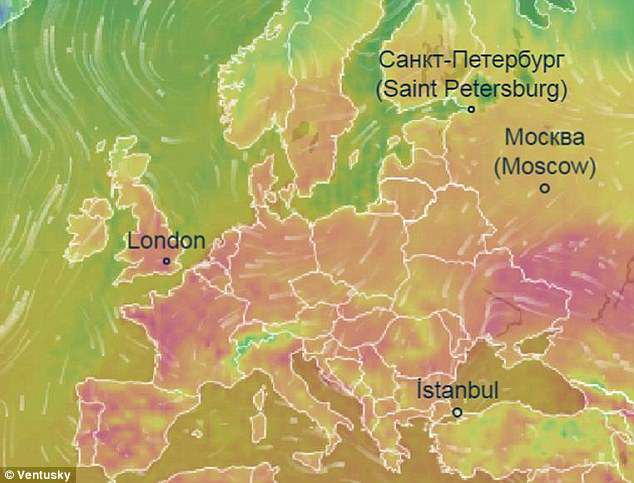 However, this time the Britons are grateful for the weather change. Temperatures in Britain are set to soar to 82F (28C) on Monday making it the hottest May Bank Holiday Monday since it was introduced in 1978.

The South East can expect the highest temperatures, while Wales and Scotland will also enjoy warm weather in the mid to high 70s (23C).