Russia’s most notorious female gangster and her criminal ring are facing allegations of up to ‘three dozen’ more murders.

Matriarch mobster Inessa Tarverdieva and three of her relatives were jailed for a total of 76 years in 2018 for a reign of terror which included ten ‘horrible and bloody’ killings.

Now a new trial has begun over more alleged murders by the so-called Amazon gang which held Russia’s Rostov region in fear. 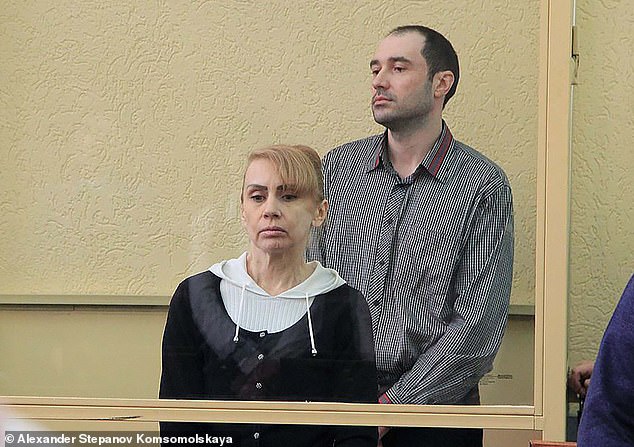 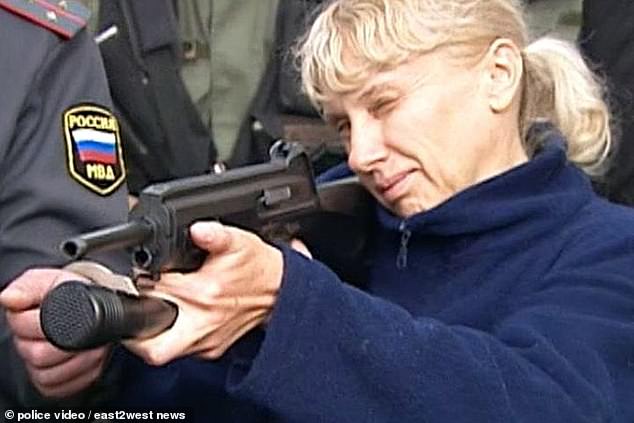 In one of the new cases, two young policemen were allegedly lured to a dental surgery after the gang staged a break in.

The gangsters are accused of shooting sergeant Vladimir Mandrik, 26, and police driver Vasily Kamforin, 22, to steal their Kalashnikov assault rifle and Makarov pistols.

One of the pistols was later used to shoot dead a taxi driver, according to the prosecution.

In another new case the gang shot at two policemen, killing one, in 2013, it is alleged.

Tarverdieva, 52, a former nursery school teacher, her daughter Viktoria, 31, her husband’s brother-in-law Sergei Sinelnik and his wife Anastasia, both 33, were all jailed two years ago.

When she was convicted over 10 ‘horrible and bloody’ murders, Tarverdieva said as she left court in handcuffs: ‘The verdict is fair, I won’t appeal against it.’

She had schooled her daughter Viktoria in murder, the court was told. 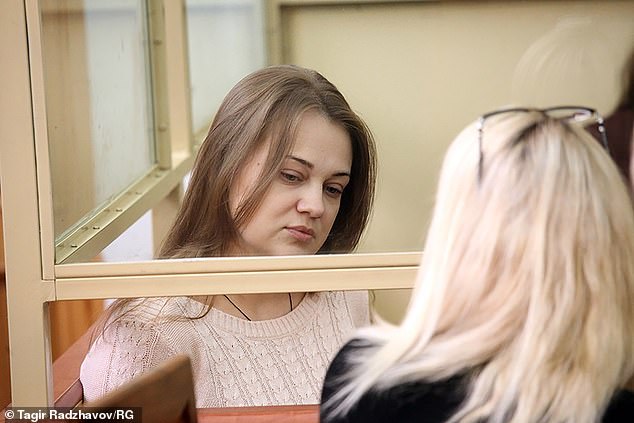 Anastasia Sinelnikova, the wife of Sergey Sinelnik, in court when the Amazon gang was put on trial for their reign of terror 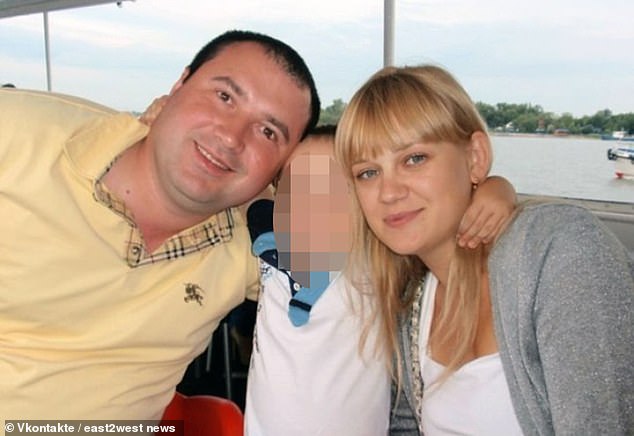 Sergey and Anastasia Sinelnik with their son. Both were jailed in 2018

The gang’s earlier victims included half a dozen policemen – and her own 12 year old goddaughter Lera Klochko, who was fatally shot through the eye when a burglary went wrong and the girl saw the identity of the criminals.

Tarverdieva, dressed in black to hear her sentence, was compared to US 1930s female mobster ‘Ma’ Barker.

She earlier appeared in court wearing bright red with Louboutin shoes, and expensive make-up – even though it was banned in the grim detention centre in Rostov-on-Don where she was held.

She was jailed for 21 years in a strict labour colony regime while her daughter Viktoria was sent down for 16 years.

The gang had included the crime queen’s lover, Roman Podkopaev – a 36 year old dentist described by a relative as ‘weak and obedient’ to her.

He died in a 2013 shoot out when the other gang members were arrested and is seen by police as being directly involved in 20 murders. 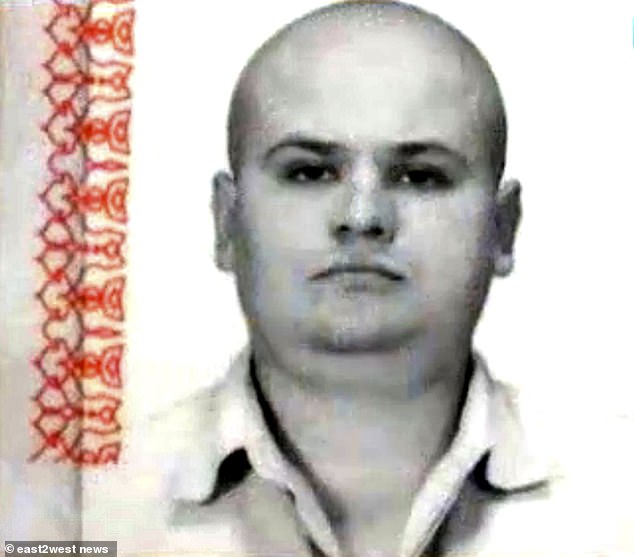 The gang included the crime queen’s lover, Roman Podkopaev (pictured), a 36-year-old dentist described by a relative as ‘weak and obedient’ to her. 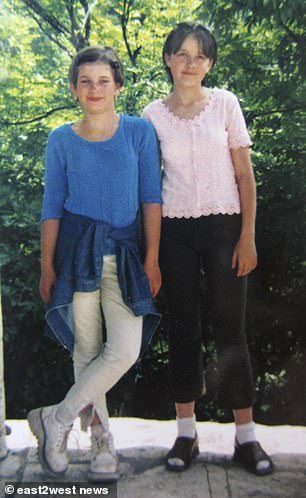 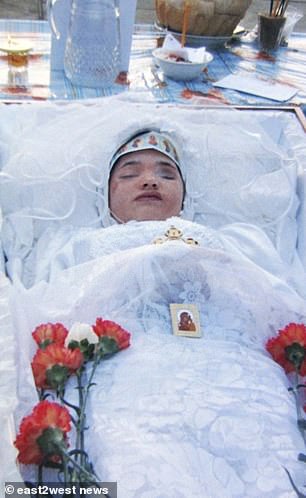 The family, including younger daughter Anastasiya, now 17, were seen as ‘dull and normal’, fond of camping trips.

At night they morphed into ruthless killers, the earlier trial was told.

Tarverdieva admitted that the crime family saw murder and robbery like ‘going to the office for a day’s work’, while she also confessed to loathing police, boasting: ‘I’m a gangster by nature.’

Killing was a ‘means of earning money’, she said, before demonstrating her gun handling skills to detectives during a crime reenactment.

Both the middle-class criminal godmother and her dentist partner had good higher education qualifications.

She gave up work in a nursery school and ‘switched completely to their robbery and murder business’, said a police source.

She carried a knife engraved ‘to my beloved Amazon warriors’.

Searches of her family’s homes revealed an ‘arsenal’ of 20 firearms, including automatic rifles, grenades, shotguns, silencers and ammunition, as well as items stolen from their victims.