Did the Russian secret service poison the chief executive of BP?

Did the Russian secret service poison the chief executive of BP? Former employee claims boss of oil giant fled Moscow after toxin was found in his bloodstream

The chief executive of BP was poisoned by the Russian secret service over several weeks while he lived in Russia, a former colleague has claimed.

Bob Dudley, the American boss of the oil giant, was forced to flee Russia in 2008 after poison was found in his bloodstream, the source said.

Rumours that Mr Dudley was poisoned began to circulate in 2014, six years after the alleged incident. At the time, he was an executive at BP, running a joint venture called TNK-BP. 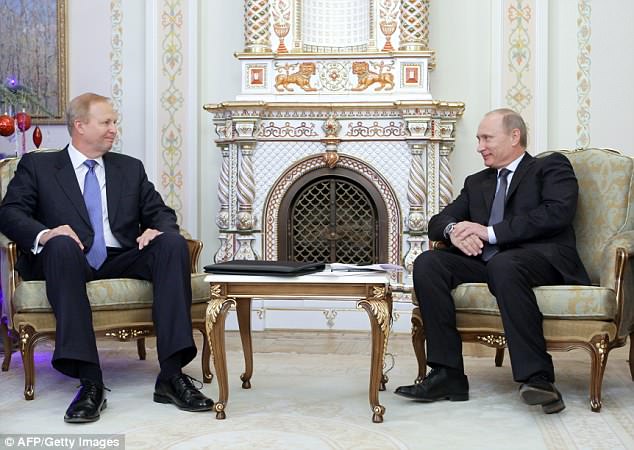 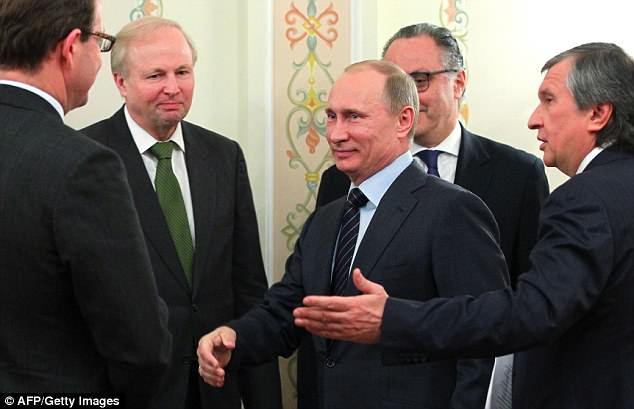 Mr Dudley (green tie) was forced to flee Russia in 2008 after poison was found in his bloodstream, his former colleague said

A New Yorker article that year claimed Mr Dudley became paranoid his office was being bugged and felt unwell after eating food provided by his company.

It alleged Mr Dudley left the country in July 2008 when he found out that the police would be coming for him the next day. After living in Russia for nine years, the chief executive was alleged to have fled to an unknown area in Europe. Mr Zaslavskiy claimed Russia wanted to oust Mr Dudley, so carried out a plot to slowly poison him.

Speaking to The Daily Telegraph, he said: ‘They decided to send him a message by poisoning his food. Obviously we could never prove who exactly poisoned him.’

As well as Mr Dudley, Mr Zaslavskiy said around 150 TNK-BP employees were targeted. 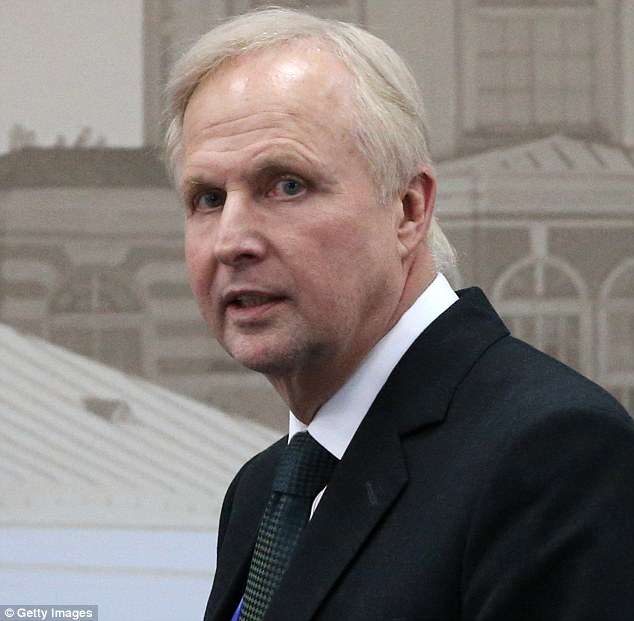 The former employee said the workers were harassed by the Russian security services during a power struggle in TNK-BP. The company was eventually sold to the Russian state four years after the alleged poisoning.

Mr Dudley, who became chief executive of BP in 2010, shook hands on the deal at a ceremony with Vladimir Putin. Mr Zaslavskiy said he believes the Russian security service was the only group capable of poisoning Mr Dudley.

He told the paper: ‘I don’t know the symptoms but I do know they were sufficient for him to get very concerned. It wasn’t like regular food poisoning. It wasn’t just once. It was happening over weeks. The poisoning had to be done by professionals to make sure that Dudley did not die. They just wanted to give him a message.’ 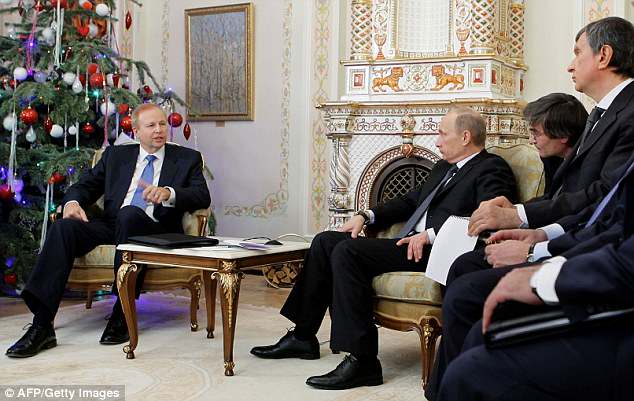 After living in Russia for nine years, the chief executive was alleged to have fled to an unknown area in Europe

The alleged incident came two years after the assassination of Alexander Litvinenko, who died after drinking tea laced with radioactive polonium-210.

Mr Zaslavskiy said the rumours about his former colleague had been confirmed to him by a ‘good source close to Dudley’, but did not know what poison Mr Dudley is believed to have eaten.

Mr Zaslavskiy, who now works at the Free Russia Foundation, an anti-Putin think-tank in the US, blamed MI6 for not doing more at the time. It comes after Mr Dudley, who took home £9.5million last year, jokingly told reporters last week that they should ‘stay away from Russia’.

BP has declined to comment on the story since the rumours began.