Russian spies attempted to hack computers at the Foreign Office and the Porton Down military research facility days after assassins tried to murder the Skripals in Salisbury.

Moscow’s feared GRU cyber unit nicknamed ‘Sandworm’ tried and failed to infiltrate UK IT systems as part of a series of attacks across Europe this year.

They carried out an unsuccessful ‘spearfishing’ attack on the Foreign Office in March as the police, MI5 and MI6 were trying to find out who attacked Sergei and Yulia Skripal with novichok.

They then targeted computers at Porton Down in April, Britain’s top military research facility, where experts were testing for the nerve agent.

The cyber attacks were revealed in an unprecedented fight back by the Dutch, British and US authorities who outed four GRU spies detained in The Hague this year.

They were caught trying hack into the Organisation for the Prohibition of Chemical Weapons’ WiFi network by parking outside its headquarters with a cache of high-tech equipment inside the boot. 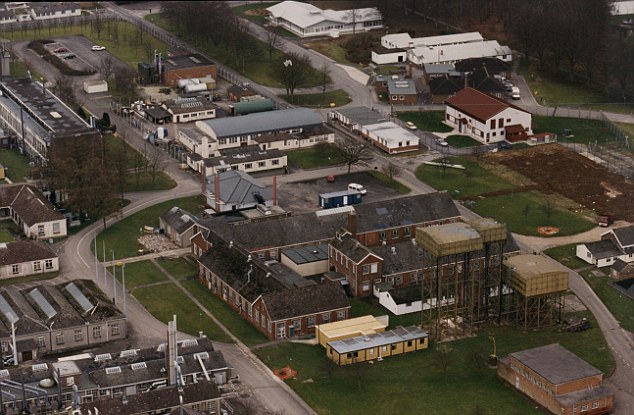 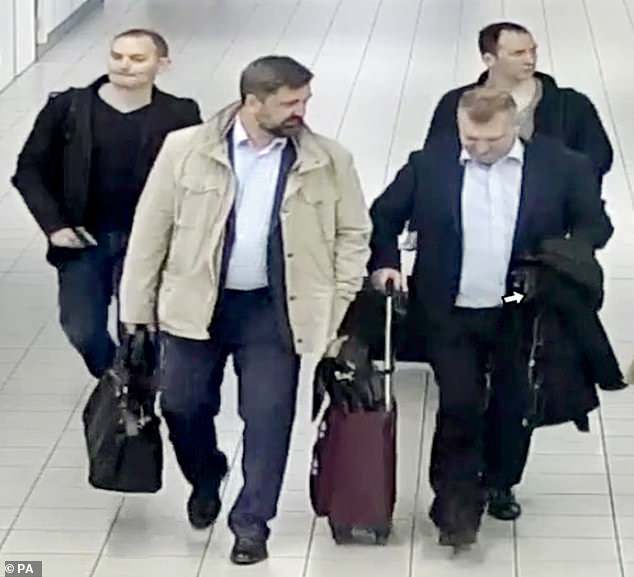 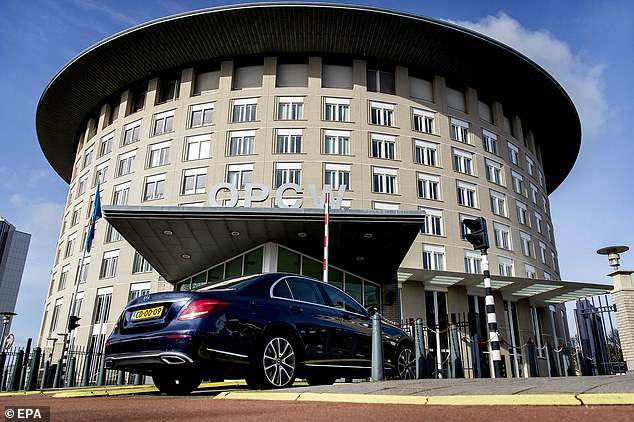 The Dutch and British authorities released CCTV images of the four men arriving at Schipol Airport as well photographs of their passports.

Russian intelligence service, the GRU, has been accused of launching a cyber attack on the global chemical weapons watchdog which is investigating the Salisbury nerve agent attack.

Officials in the Netherlands where the Organisation for the Prohibition of Chemical Weapons is based said four Russians had been expelled in the wake of the alleged cyber strike.

British intelligence helped thwart the operation, which was launched in April, a month after the Salisbury Novichok poisoning.

Details were revealed on Thursday after the UK Government accused the GRU of a wave of other cyber attacks across the globe.

At a press conference in The Hague, British ambassador to the Netherlands Peter Wilson said: ‘The disruption of this attempted attack on the OPCW was down to the expertise and the professionalism of the Dutch security services in partnership with the United Kingdom.

‘The OPCW is a respected international organisation which is working to rid the world of chemical weapons.

‘Hostile action against it demonstrates complete disregard for this vital mission.’

Mr Wilson said: ‘This disruption happened in April. Around that time the OPCW was working to independently verify the United Kingdom’s analysis of the chemical weapons used in the poisoning of the Skripals in Salisbury.’ 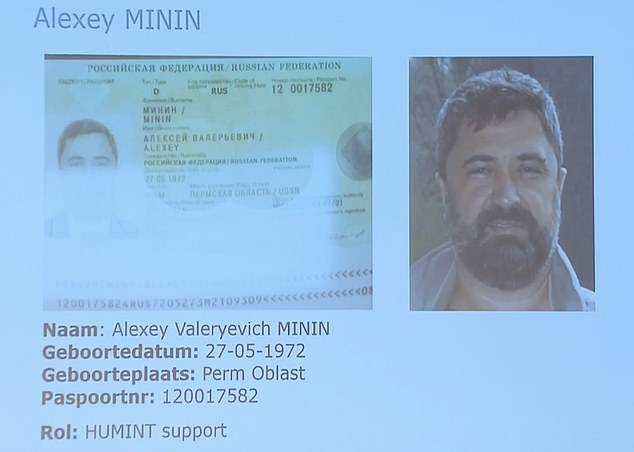 A briefing in The Hague was shown pictures of each of the men’s passports. Alexey Minin, from Perm, to the north west of Moscow, was named as one of the men 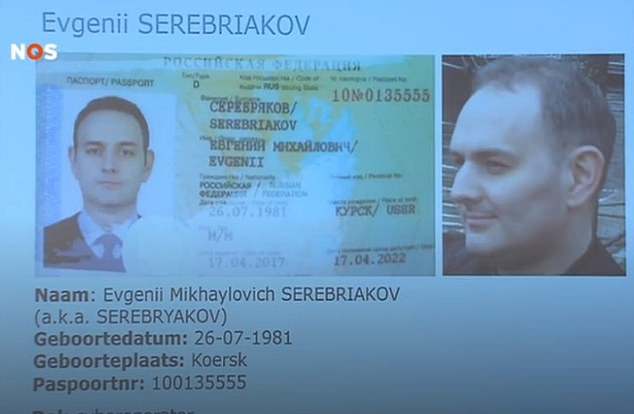 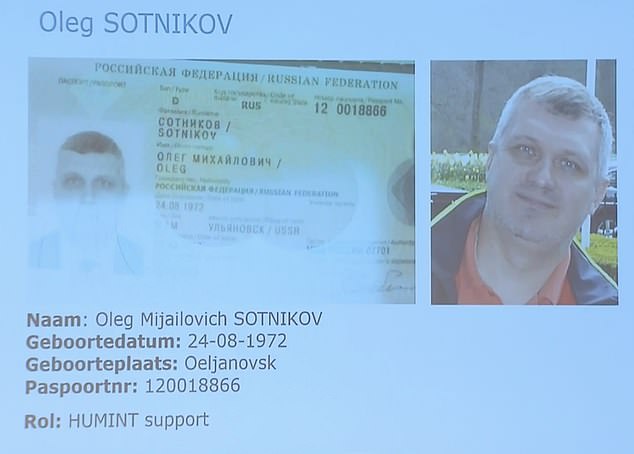 Another of the men was named as Oleg Sotnikov, said to have been born in Oeljanovsk 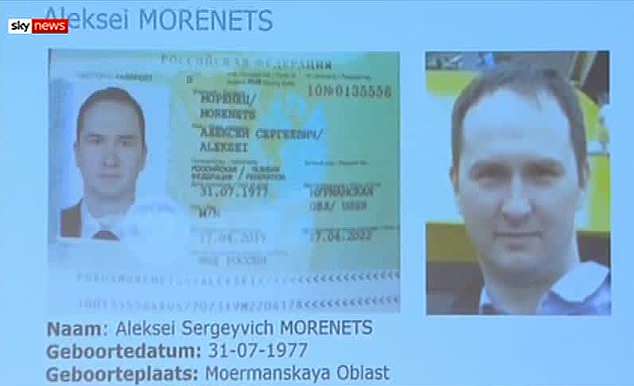 The passport numbers of the men were released, including Aleksei Morenets, from Murmansk

Conservative MP Tom Tugendhat, chairman of the UK’s Commons Foreign Affairs Committee, tweeted: ‘The catalogue of evidence shows why the Dutch are excellent partners and that the decades of theft have stripped Russia’s intelligence of the skills they once had. Putin’s corrupt greed has turned the GRU into an amateurish bunch of jokers.’

The team of four GRU officers travelling on official Russian passports entered the Netherlands on April 10.

On April 13 they parked a car carrying specialist hacking equipment outside the headquarters of the OPCW in the The Hague.

At that point the Dutch counter-terrorism officers intervened to disrupt the operation and the four GRU officers were ordered to leave the country.

Brita, hack, Russian, spies, tried
You may also like:

As soon as I can, I’m getting the hell out of town. Then coming back

Guard is stabbed at French consulate in Saudi Arabia