It took staff at the zoo in Kaliningrad – where the England football team will play Belgium on June 28 – around half an hour to snare the fake beast. 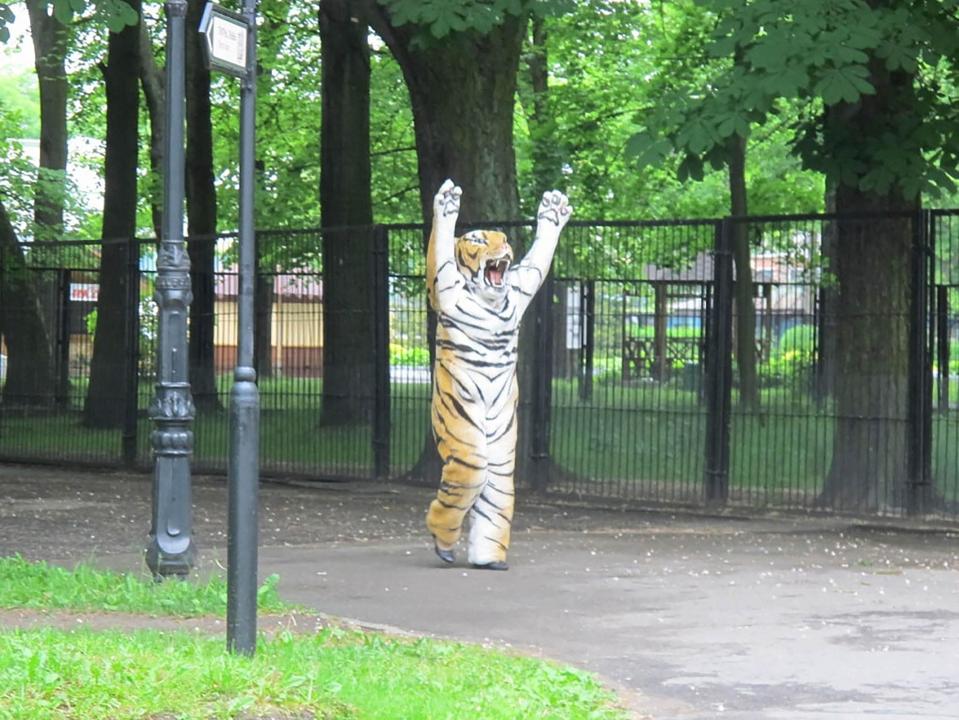 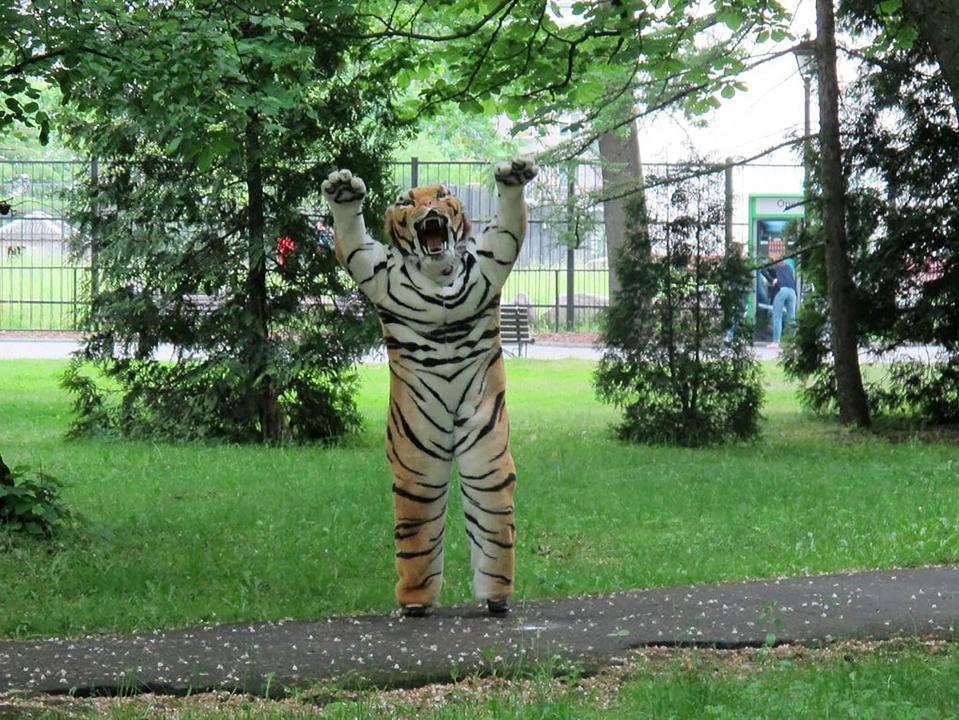 One critic complained: "A real tiger would have had a nice lunch in 30 minutes."

Another said: "A real tiger might be found faster from all the screams of visitors being attacked.”

The exercise was staged after a keeper was seriously injured after being mauled by a Siberian tiger last year.

Nadezhda Srivastava was injured when she went to feed the animal and accidentally left the gate unbolted.

The 44-year-old is still not back at work despite being saved by quick-thinking visitors who distracted the predator by throwing large objects into its enclosure.

She was pinned down by the tiger for ten minutes – and staff were slow to react.

The zoo hope the drill will tighten procedures in an emergency.

A spokesman said: “The entire process of detection, immobilisation, and return of the animal to the enclosure took 30 minutes.” 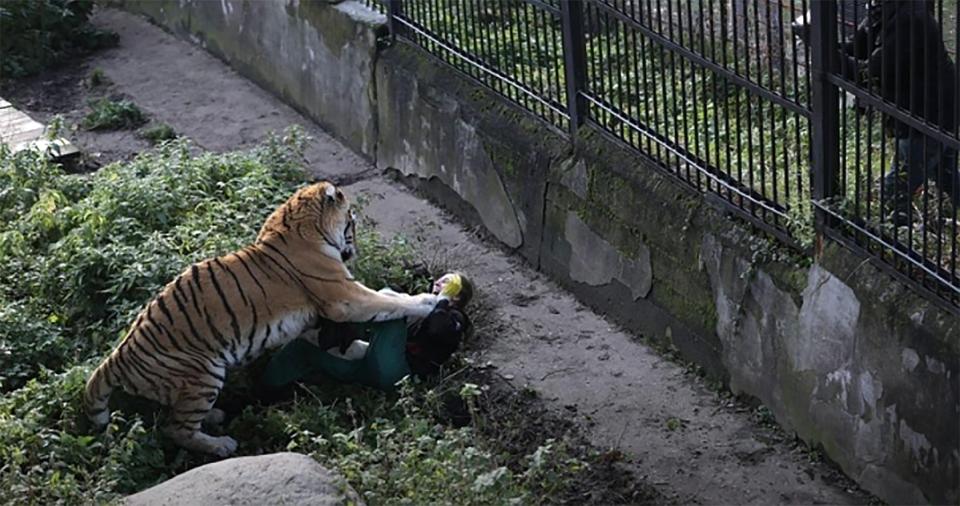 Srivastava told how she put her elbows and hands in the tiger’s jaw so the beast would not go for her jugular.

She recently called for the zoo visitors to be honoured for saving her, singling out a man called Oleg.

“He was near the seals and ran when he heard my screams, and saw how the tiger was tears me. 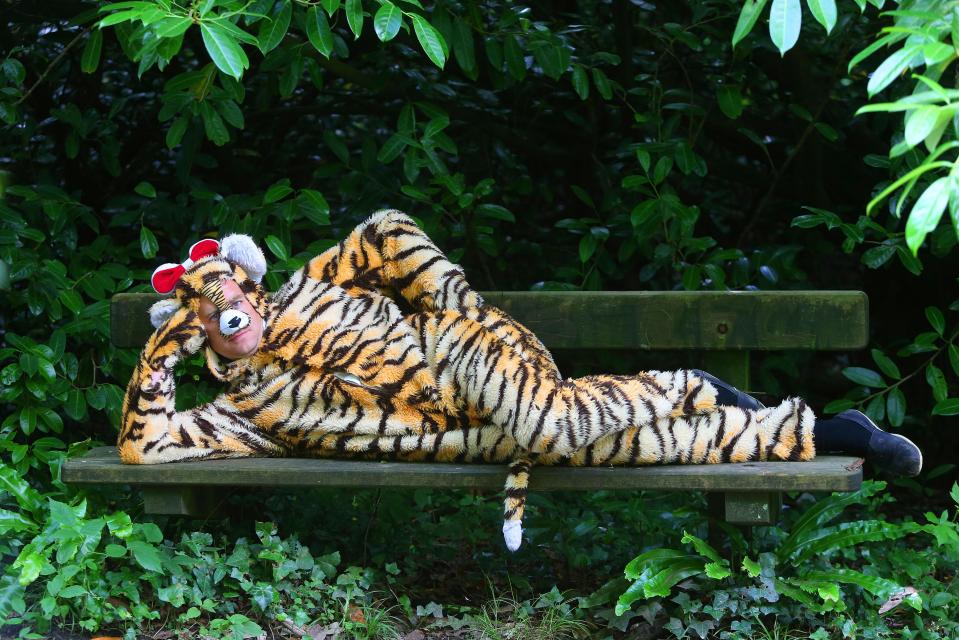 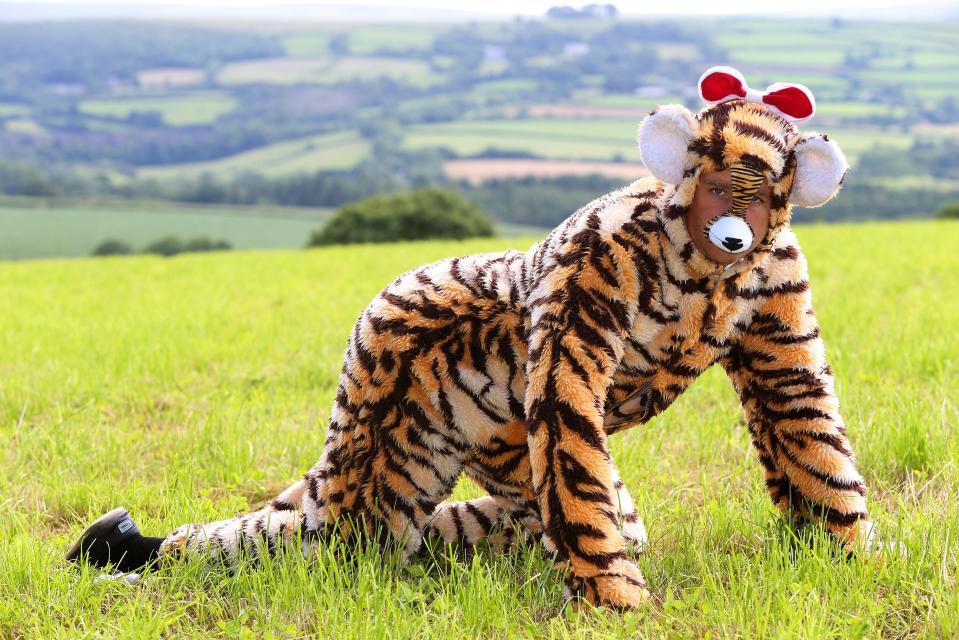 “He immediately realised what to do.

“He ran along the fence, grabbed an iron rubbish bin and threw it into the enclosure so it landed on stone.

“The loud bang frightened the tiger, and he stepped away from me.

“I remember Oleg screaming, guiding me, where to go.

“Such people should be honoured so others follow their example.”

The tiger escape drill follows keepers at Tama Zoo in Japan using a worker in a cuddly zebra costume when they practised catching escaped deadly beasts.