London: The son of a Pakistani bus driver and prominent critic of the British government's approach to harsh migration policies has been named the country's first home secretary hailing from an ethnic minority.

Prime Minister Theresa May on Monday announced Sajid Javid, a non-practising Muslim, would replace Amber Rudd, who quit on Sunday in the aftermath of the Windrush scandal. 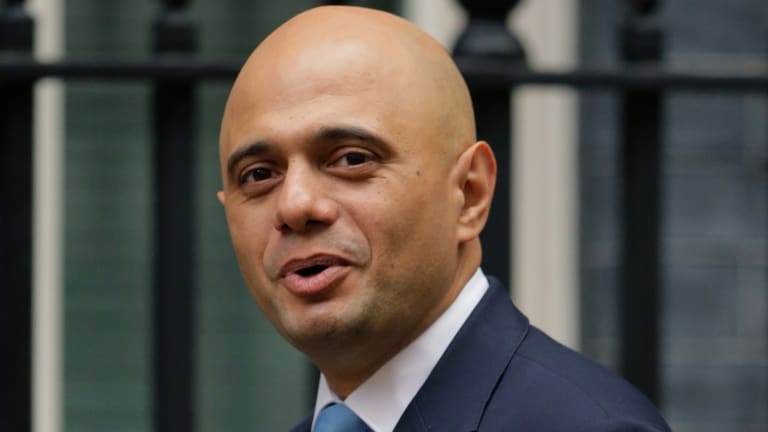 His appointment provides the Tory party with an opportunity for a reset on immigration – an issue which has dogged the government.

He said his first priority in office would be to keep the country safe but told Sky News his most urgent task was to make sure the government's immigration policy is "fair, treats people with respect and decency."

Mr Javid had been a prominent critic of the government's handling of the scandal, which saw people from Carribean countries threatened with deportation, decades after they were invited to migrate to the Britain.

Mr Javid left Downing Street on Monday morning after being appointed and headed straight to the home office, a department notorious for claiming political careers.

Mr Javid joined politics in 2010. He formerly worked at Deutsche Bank. He has enjoyed a rapid rise in the conservative party, holding several ministerial positions, including business and most recently housing and is touted as a future leader for the Tory party.

His parents came to Britain from Pakistan and his father worked as a bus driver and conductor. His mother, from a rural part of Pakistan, could not read and insisted on lengthy trips to the library to enforce reading upon her children.

"For them to see one of their sons to rise to this great office of state, I'm sure they will be very proud," he said.

"But I haven't called my mum yet and I will do that later," he added.

He has been a critic of the government's decision to include student migrants in the net migration figure arguing the inflated figure exposes migration to attack from populist politicians.

The Tories have unsuccessfully been trying to reduce net migration to the tens of thousands – a pledge routinely mocked during the Brexit campaign when net migration peaked at 336,000.

Amber Rudd quit on Sunday after two documents emerged contradicting her assurance to parliament that no targets had been set within the home office for deportations of illegal immigrants.

The row over immigration was sparked when it emerged that British migrants from the Carribean, known as the Windrush generation, had been threatened with deportation, decades after they were invited to move to Britain and given indefinite leave to remain.

Poor record-keeping at the time and changes of laws governing citizenship meant many were unable to prove their right to stay in the country. The government has since apologised and promised no deportations as well as compensation.

But the affair opened up a wider debate about immigration and the increasingly "hostile" culture within the department that began when Mrs May was the secretary.