Airline salvage workers have begun to break up Boeing 747 jets in the Gloucestershire countryside as British Airways retires its whole 31-strong fleet of the large passenger jets amid a plunge in global air travel.

The four planes – G-BYGF, G-CIVL, G-CIVL and G-CIVN – are being scrapped and dismantled by a specialist team from Air Salvage International (ASI) at Cotswold Airport outside Kemble as the coronavirus pandemic continues.

Photographs taken yesterday showed the engines on some of the 747-400s having been removed at the former Royal Air Force site, which is also home to various flying schools and was once the Red Arrows base.

This week G-BYGF became the fourth BA plane to retire to Kemble, landing in front of a group of planespotters having completed a 24-minute flight from London Heathrow and a loop of the villages around Kemble.

BA is retiring all of its 747 planes amid a continuing crisis for air travel after severe travel restrictions were brought in around the world when the Covid-19 crisis intensified across Europe in March. 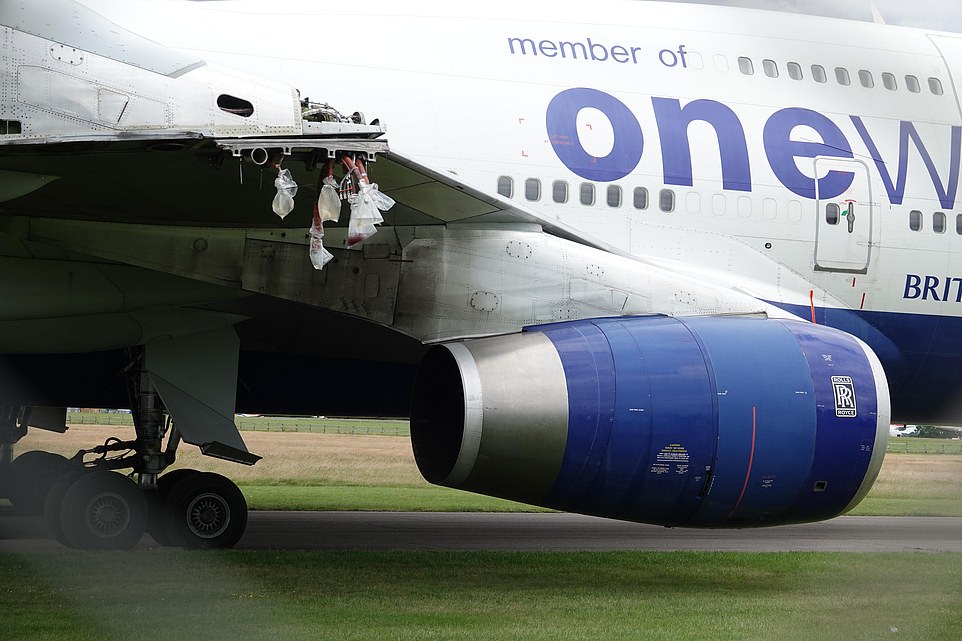 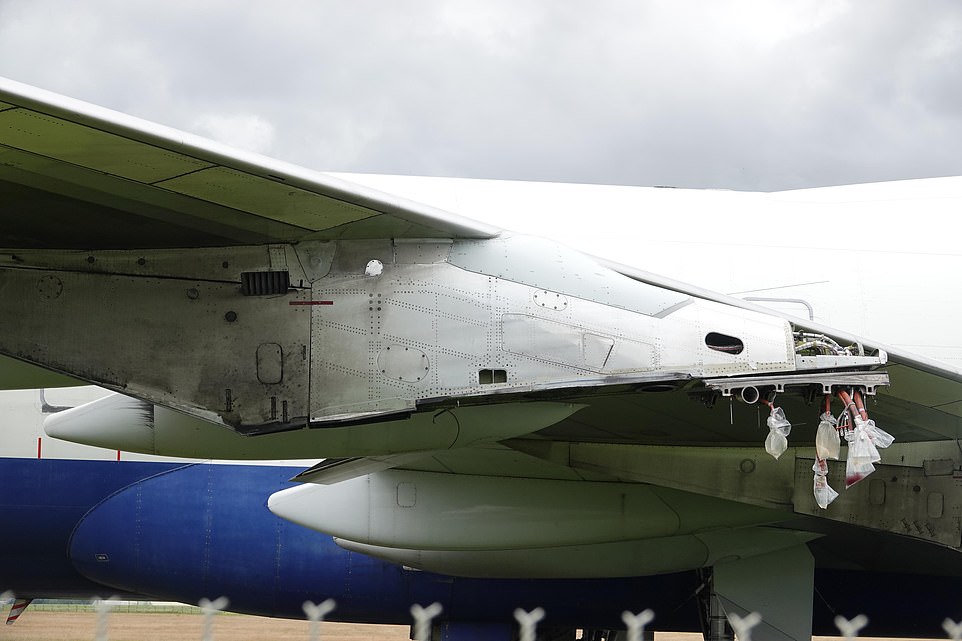 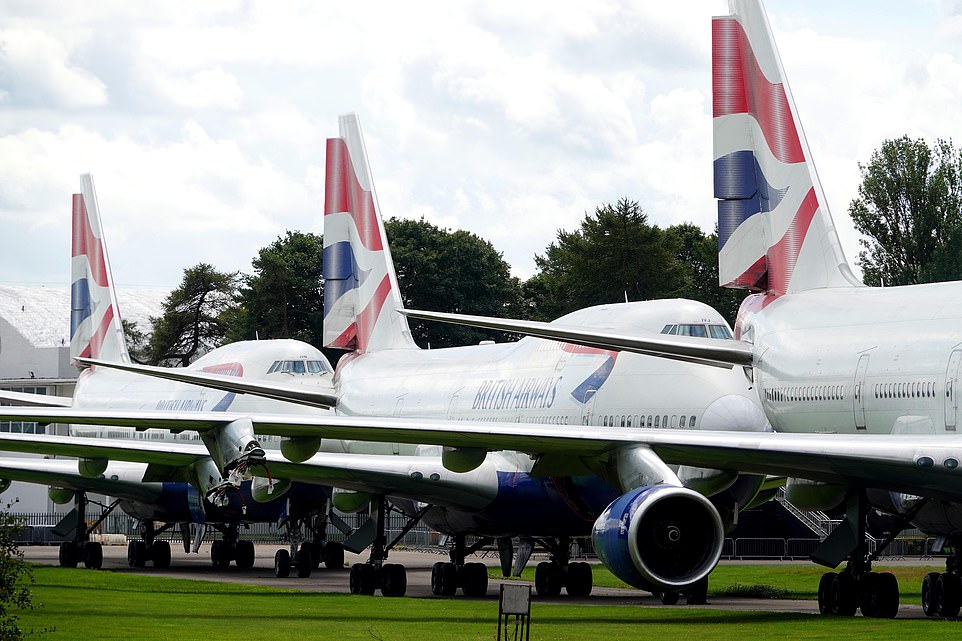 The jets are being sent worldwide for storage and scrapping, with G-CIVD leaving Heathrow earlier this month for Castellon in Spain. Seven of the BA fleet remain at Heathrow, which is where the Kemble planes had been based.

Fourteen of the BA fleet are being stored 70 miles away at Cardiff Airport, including one in the historic livery of Boac (British Overseas Airways Corporation) which was the airline’s predecessor.

A further five in the fleet are being stored at Teruel Airport in Spain. Earlier this month, BA chief executive Alex Cruz said: ‘We are starting the early retirement of our beautiful 747-400s as part of the reshaping of our airline.’

In a letter to staff, the 54-year-old added: ‘This is a necessary move reflecting the cliff-edge drop in premium long-haul travel, which may never recover to the levels we saw in 2019.

‘If these were normal times, we would be celebrating the retirement of the Queens of the Skies with a great deal of noise including special commemorative flights and colleague events. 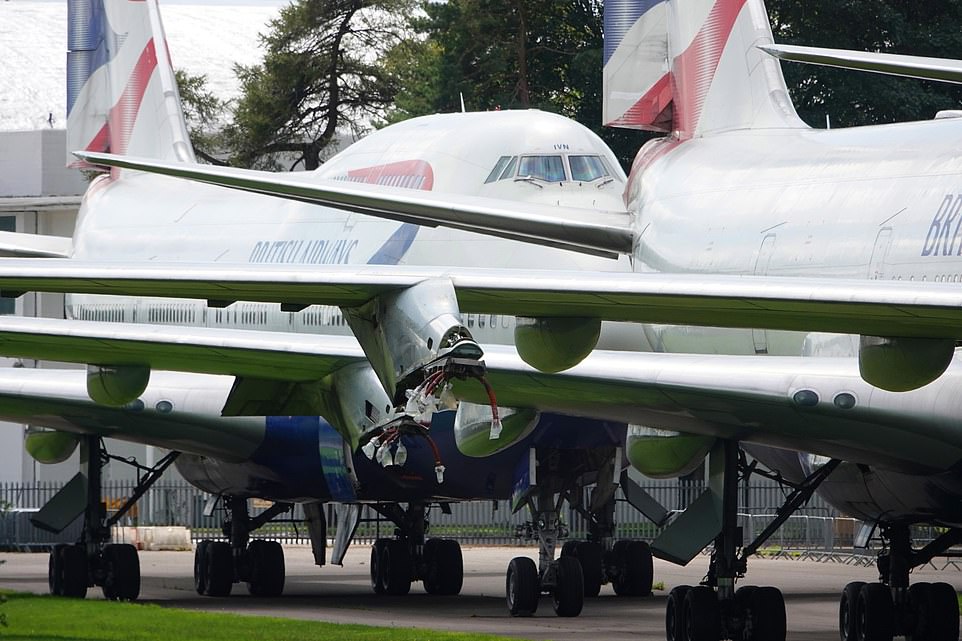 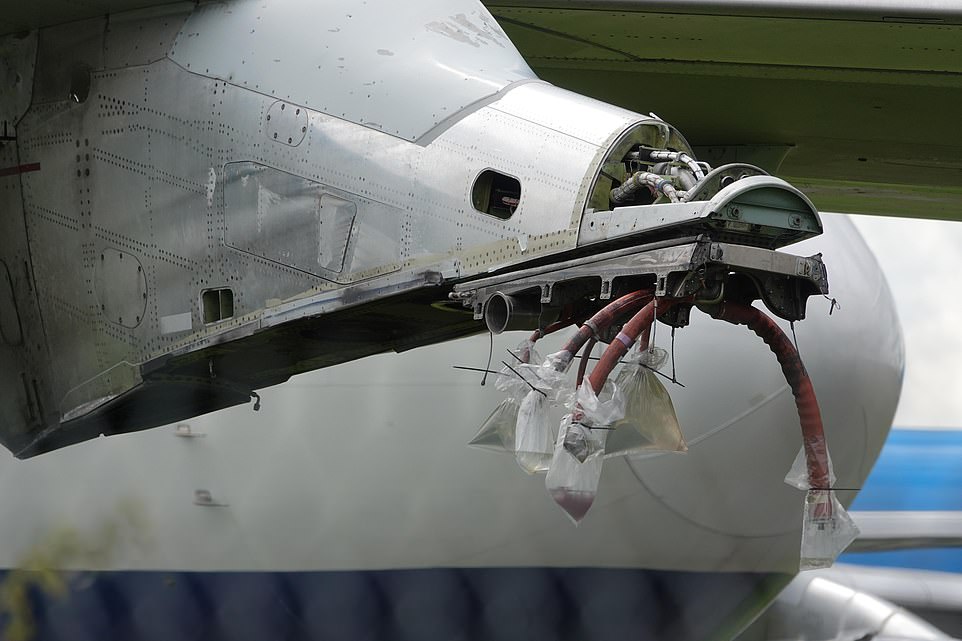 BA staff and plane enthusiasts are said to be keen for souvenirs from the jets, four of which are in storage at Cotswold Airport

‘Sadly, given the difficulty of operating during the pandemic, the farewell will be less lavish, but still heartfelt.

‘I know many of you will join me in fond remembrance of these remarkable aircraft that have served us and our customers so well. There will never again be anything quite like them.’

BA staff and plane enthusiasts are said to be keen for souvenirs from the jets, with ASI owner Mark Gregory saying the firm is receiving many inquiries from people keen to own a part from one of the jets.

He told the BBC: ‘I get a daily stream of emails from BA staff and 747 fanatics who want to buy a piece of a plane. A cut-out side section is popular which can be hung on the wall.

‘These usually go for about £200 each. They are good aircraft and have done a lot of hours. They have definitely earned their keep.’ 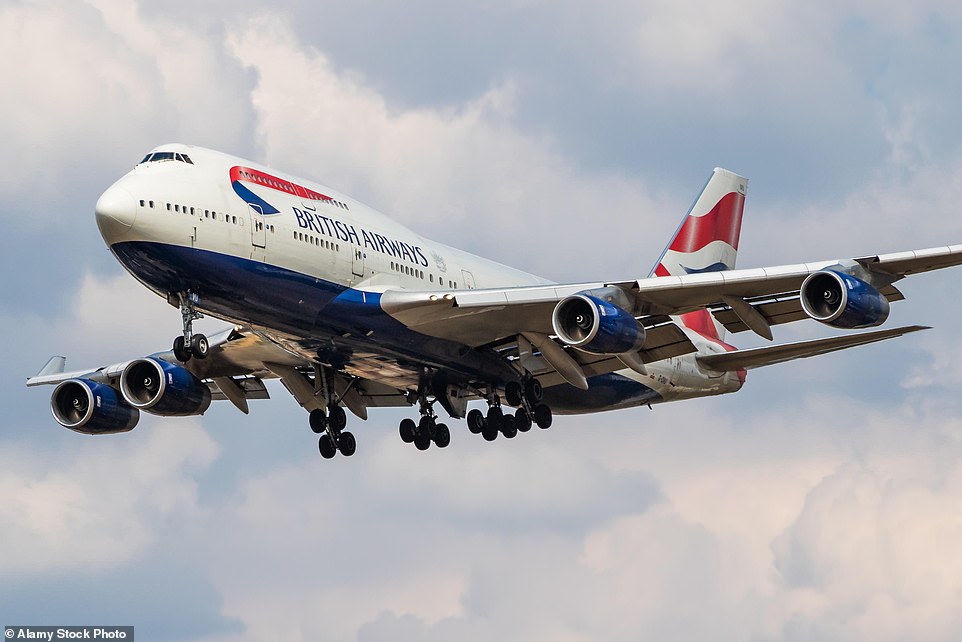 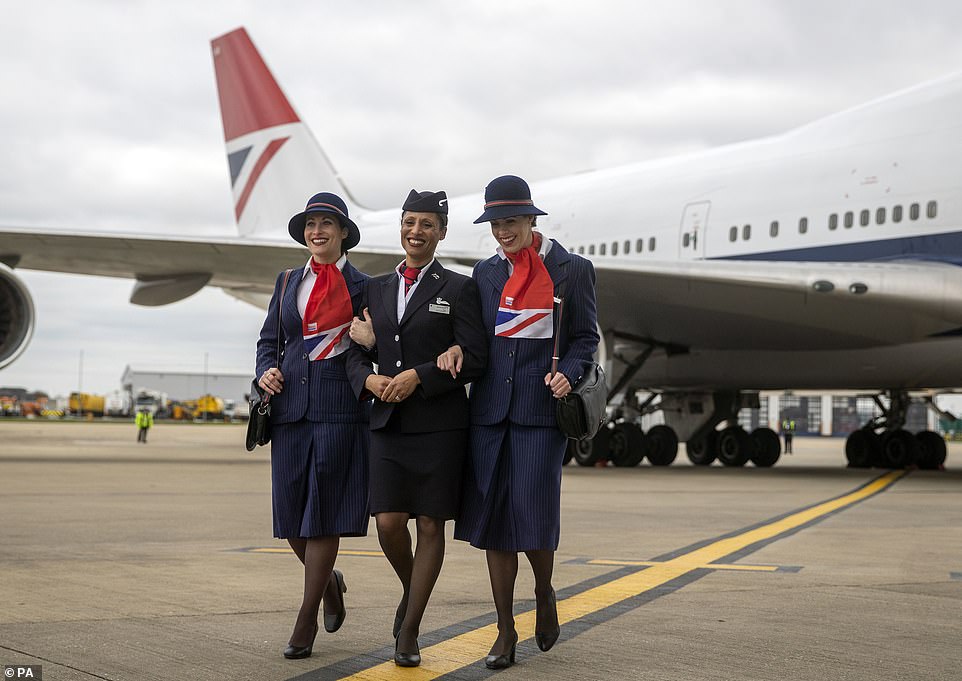 (From left) Elysa Marsden, Toni Richards and Olivia Welch walk in front of a 747 at London Heathrow Airport in March 2019

Mr Gregory added that there has been a ten-fold increase in airlines looking for storage facilities, with the company having 11 747s parked up, with some being dismantled and others going up for sale.

He said engines make up around 80 per cent of the value of a retired plane, with some selling for more than £2million, although the Rolls-Royce ones on the BA 747-400s are expected to sell for less.

The 747-400s, which can take up to 15 weeks to dismantle, first began flying more than 30 years ago. Boeing sold almost 700 of the jets, which made them the best-selling version of the long-haul airliner.

ASI, which has 170,000 sq ft of hangarage at the airport, has space for up to 20 wide and 50 narrow bodied commercial aircraft and has disassembled nearly 600 around the world in its 18 years of operations.

It comes as Gatwick Airport has cut one in four of its workforce or 600 posts – taking the number of jobs lost at big British firms since the pandemic past 252,000.

And airplane manufacturing giant Rolls Royce has announced it would close a major UK site in Annesley, Nottinghamshire, by the end of 2022 – weeks after announcing 9,000 job cuts. 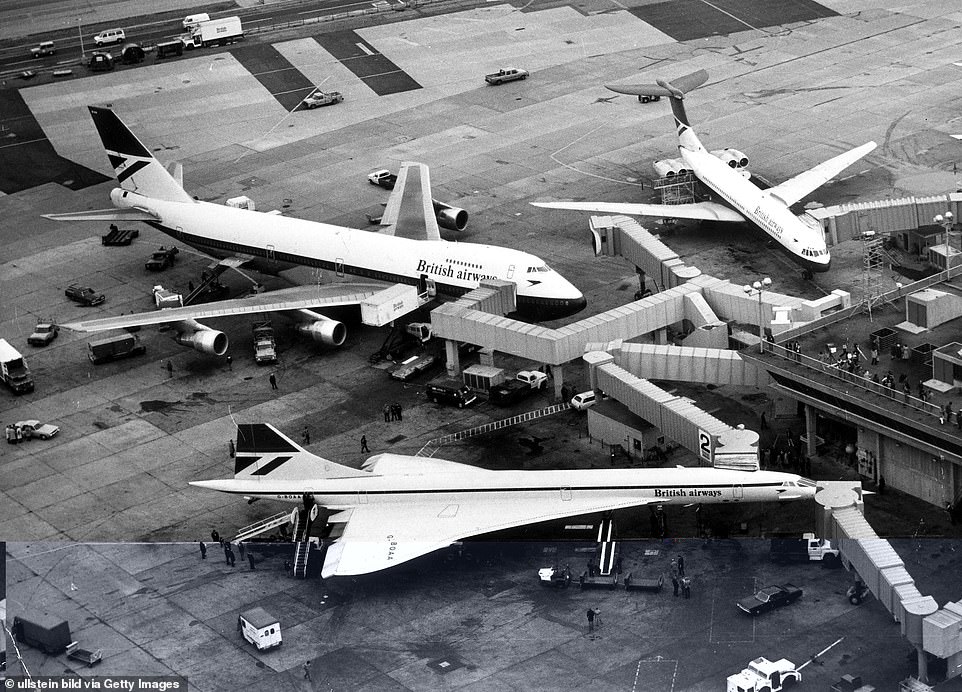 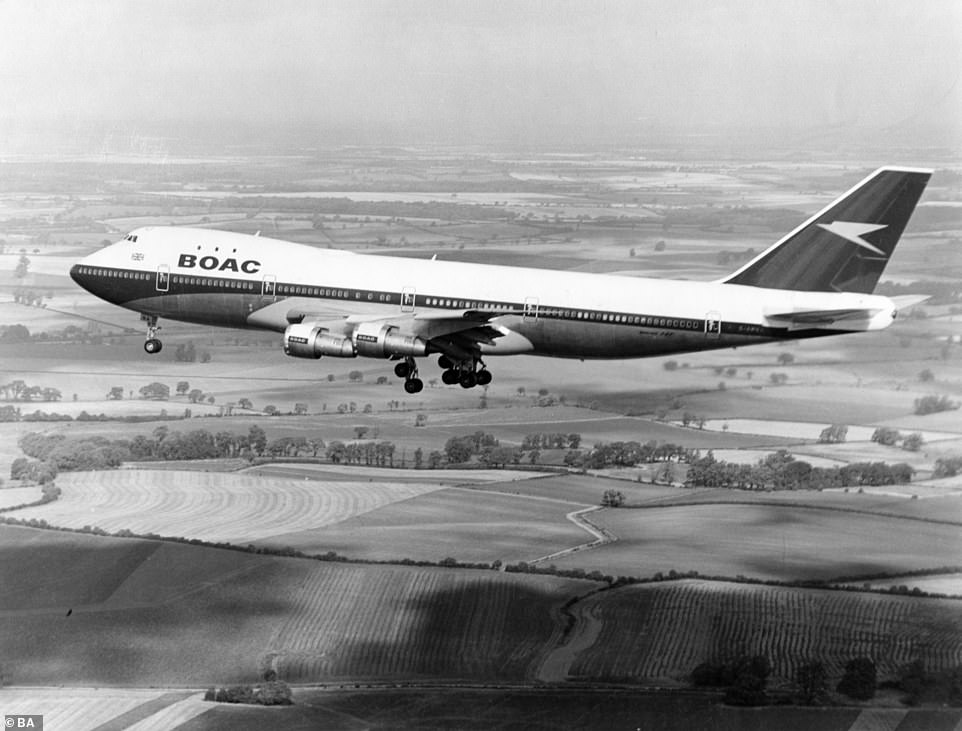 The arrival on the world stage of the giant Boeing 747 in 1969 ushered in a new era of air travel. One is pictured above in 1971

The travel sector is not expected to recover until 2023 as fears over quarantine and catching the virus push tourists to stay at home.

However, the Mail has learned Britons will be allowed to visit New York without having to quarantine on their return under plans being drawn up by UK and US officials.

The re-opening of the Heathrow to New York route – the world’s most profitable air link – would help rescue long-haul airlines that rely heavily on trans-Atlantic travel, including BA and Virgin Atlantic.

However, industry sources say US officials are likely to insist on Covid-19 testing at British airports before they agree to re-open their borders.

Transport Secretary Grant Shapps has repeatedly played down the idea of airport testing, claiming swab tests would fail to spot almost 90 per cent of asymptomatic cases.

But in a growing revolt, more than 80 MPs – including 40 Tories – have warned that failure to endorse airport testing will have a disastrous impact on the travel industry and wider economy.

‘Queen of the skies’: How British Airways’ Boeing 747-400 was a ‘proven performer with high reliability’

The wide body, four-engine Boeing 747-400 is an iconic part of British Airways’ fleet.

BA, which was the world’s largest operator of the Boeing 747, described the 747-400 as ‘a proven performer with high reliability’ which boasts high reliability and has incorporated major aerodynamic improvements over earlier 747 models, which have a history stretching back 50 years.

The aircraft’s life began in April 1970 when BOAC – which would later merge with BEA to form today’s airline – took delivery of its first Boeing 747-100, which was the 23rd to be constructed by Boeing, according to its line number.

BOAC then took delivery of another 14 aircraft over the next three years, with the 15th aircraft delivered in December 1973. 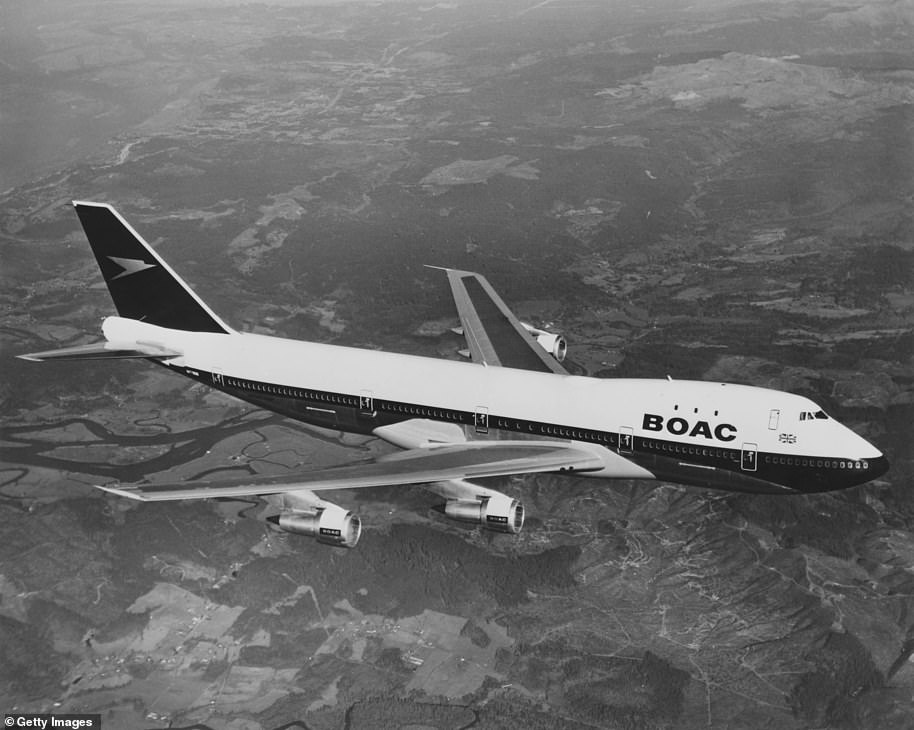 None of those early models remain flying today. Most were scrapped, a handful were stored, and BA’s first 747 left the fleet in October 1998, aviation publisher Simple Flying reports.

The Boeing 747-400 is the BA model most familiar to us today, and is the only type still in service with British Airways today. BA’s first 747-400 was delivered in June 1989, and it flew with the flag carrier for nearly 30 years. 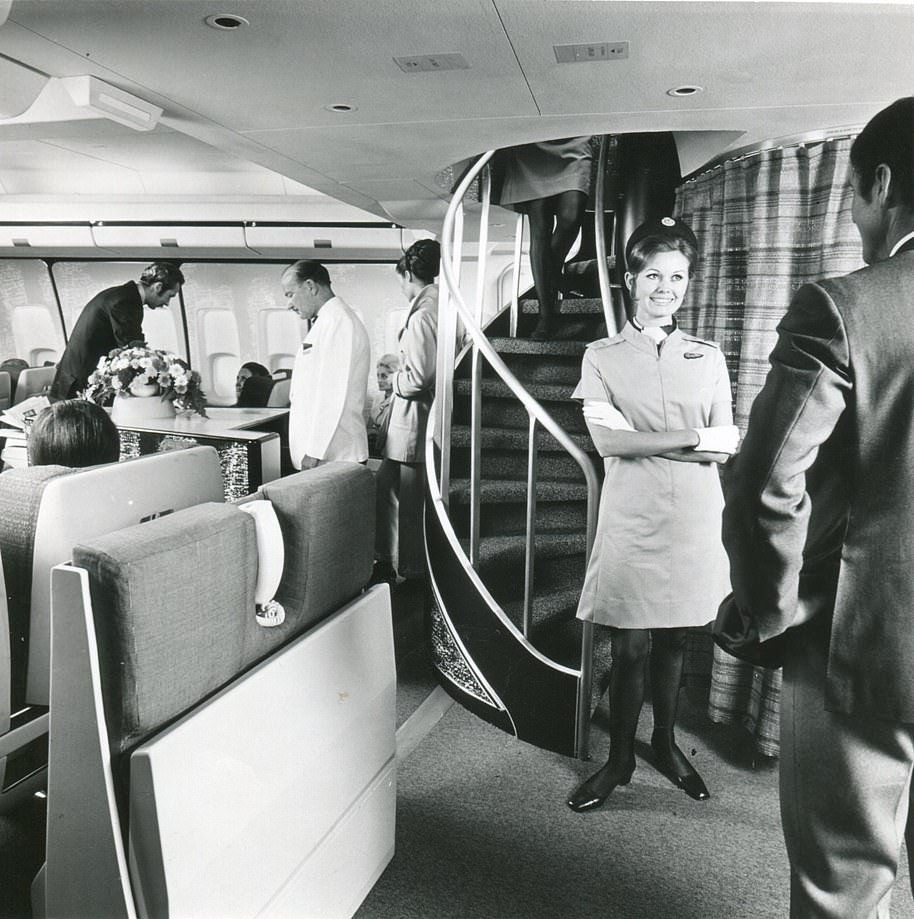 British Airways announced that its fleet of Boeing 747 aircraft, fondly known as ‘The Queen of the Skies’, are likely to have flown their last scheduled commercial service

But the ‘queen of the skies’ will no longer don the red, white and blue of the Union Jack after British Airways retired its fleet of Boeing 747s as a result of the coronavirus pandemic.

The airline, which was the world’s biggest operator of the 747-400 model, had already planned to ground its fleet of 31 of the iconic wide-bodied jets in 2024.

But the pandemic, which has seen most of the world’s planes grounded for the best part of three months, has hastened its journey into retirement, especially as forecasters predict that passenger numbers will remain lower than normal, potentially for years to come.

BA’s predecessor BOAC had first used the 747 in 1971 and, as with many airlines, the plane – affectionately referred to as either the ‘jumbo jet’ or the ‘queen of the skies’ – became a symbol of the new age of mass travel to all corners of the planet. 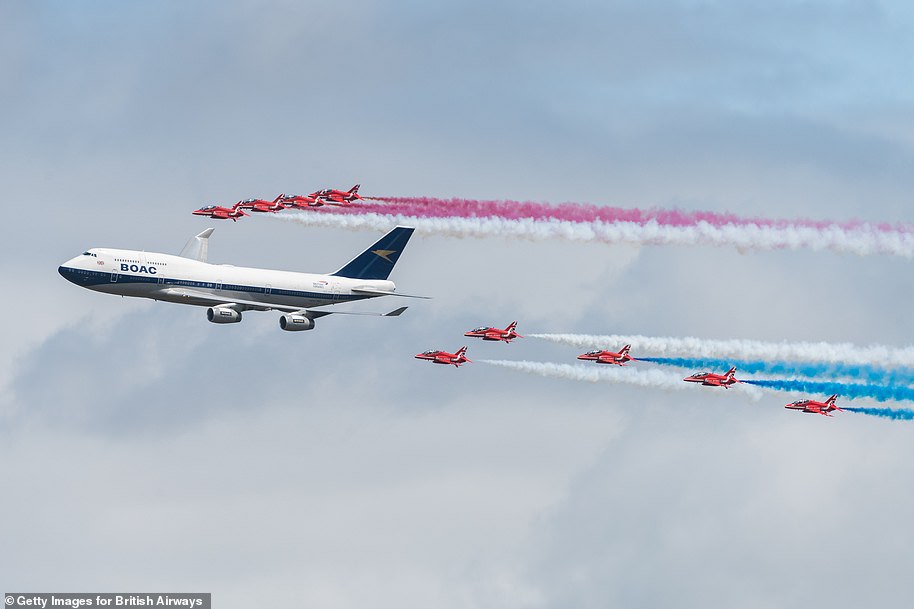 A BA Boeing 747 flies alongside the Red Arrows during the Royal International Air Tattoo in Fairford, Gloucestershire, in July 2019

Its days have been numbered, though, in light of new, modern, fuel-efficient aircraft such as Airbus’ A350 and Boeing’s 787.

More than 1,500 jumbos were produced by Boeing, and it has historically been a commercial success for the manufacturer and the airlines.

But its heyday is long in the past and any sight of the jet, with its distinctive hump at the top, is now a rarity. Just 30 of the planes are believed to now be in service, with a further 132 in storage.

apart, crews, Once, pick, salvage
You may also like: