Santa will not have to wear a mask in grottos this Christmas as long as he is operating in a ‘Covid-secure’ way, Downing Street said today.

The PM’s spokesman clarified the rules amid confusion over how children will be able to interact with the festive figure during the pandemic.

Grottos will be permitted to open whatever tier areas fall into in December, but youngsters will be told to keep well back and avoid sitting on Father Christmas’s knee.

The spokesman said: ‘We know that meeting Father Christmas is a magical experience for children which is why he will be taking safety precautions including ensuring that he is operating in a Covid-secure way, but it won’t be required for Santa to wear a mask.’

But he added: ‘It won’t be permitted for children to sit on his knee as part of the guidance.’ 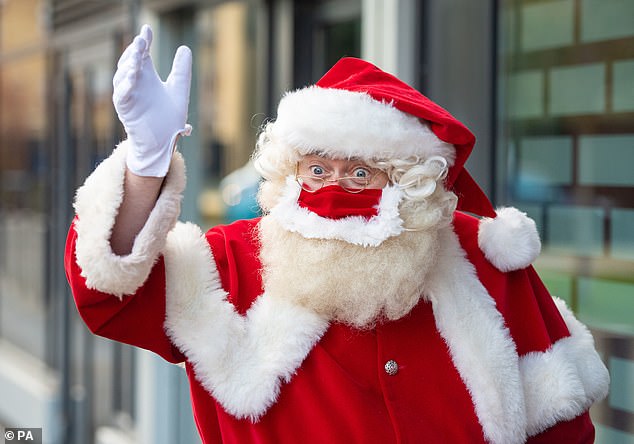 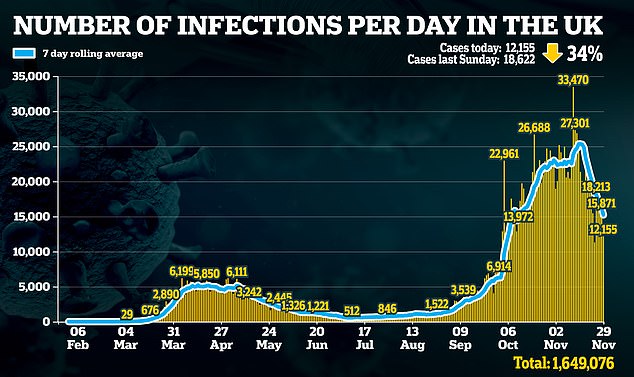 Infections have been falling but the 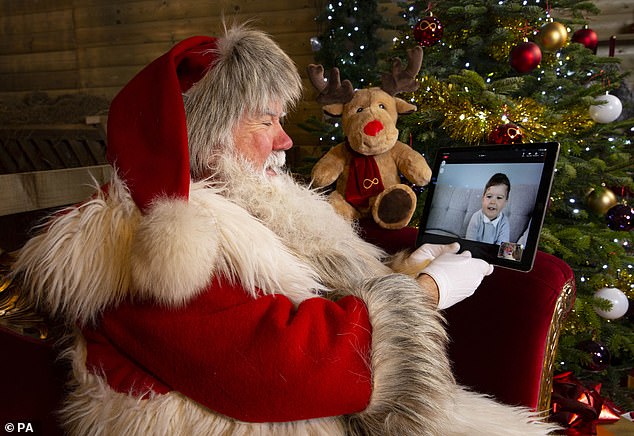 Santa Claus speaks to two-year-old Leo via live video stream to launch the Virgin Media virtual grotto experience, which will be available for the three weekends leading up to Christmas due to the pressures placed on the traditional grotto experience 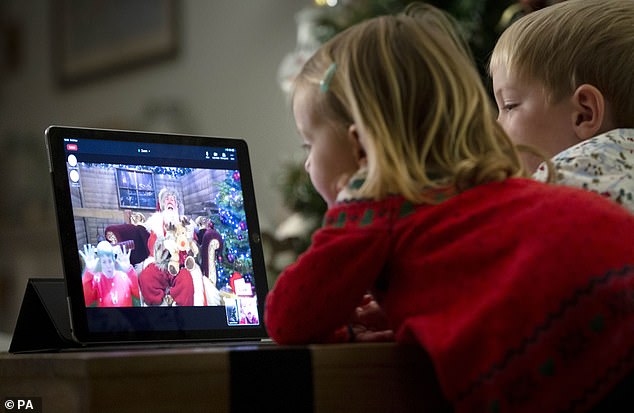 Children and parents can expect that plastic screens will be thrown up and two metre stickers placed on the floor to comply with the rest of the government’s coronavirus rules.

Although children face a tiny risk from the virus, they can still spread it to more vulnerable adults.

According to guidance published over the weekend, grottos can open in all areas regardless of what tier they are placed into under the Government’s plans for localised restrictions to replace the national lockdown on Wednesday.

They must take place in venues permitted to open under local rules, but these will include all shops and garden centres because non-essential retail will be allowed to reopen across the nation.

Elsewhere in the guidance, carol singers can go door to door, but only in groups of up to six and while keeping at least two metres away from ‘the threshold of any dwellings’.

Singers should also keep two metres apart from vocalists they do not live with.

School nativity plays will be allowed to go ahead ‘within existing school bubbles’ but audiences will only be able to attend in Tiers 1 and 2.

Livestreaming is advised in Tier 3.