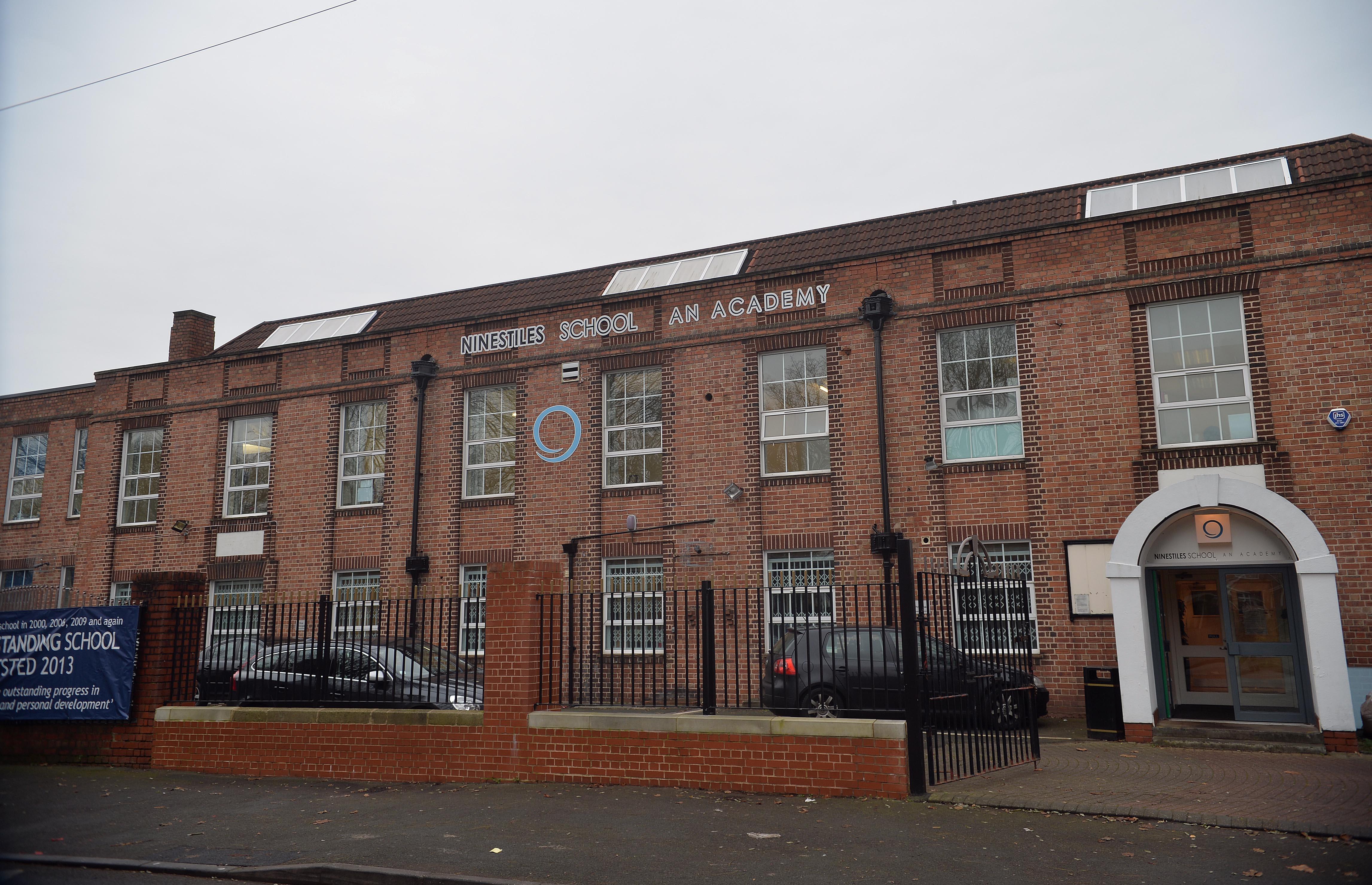 On November 26, teachers were bundled to the ground and kicked as they tried to break up an after-school scrap involving a group of people outside the gates.

Two staff members and a student were left with minor injuries.

Following the disorder, the school has had a security guard on patrol ever since.

Andrea Stephens, co-head teacher, said: "We wrote to all parents around four weeks ago to say that we had taken the initiative by arranging an additional security presence at our front entrance. 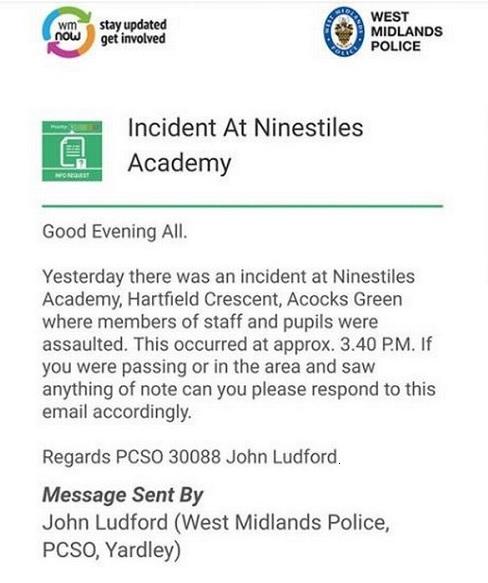 "This followed an incident that involved an assault by people from outside the school.

"This measure adds another layer of care and safety to the wellbeing of our students as they leave the school.

"We are taking a tough stand on poor behaviour and will not tolerate unkind or rude behaviour from a very few students.

"The vast majority of our students are delightful and well-behaved young people, and we know that most parents support us in our work to ensure that the highest standards of behaviour and welfare are in place. 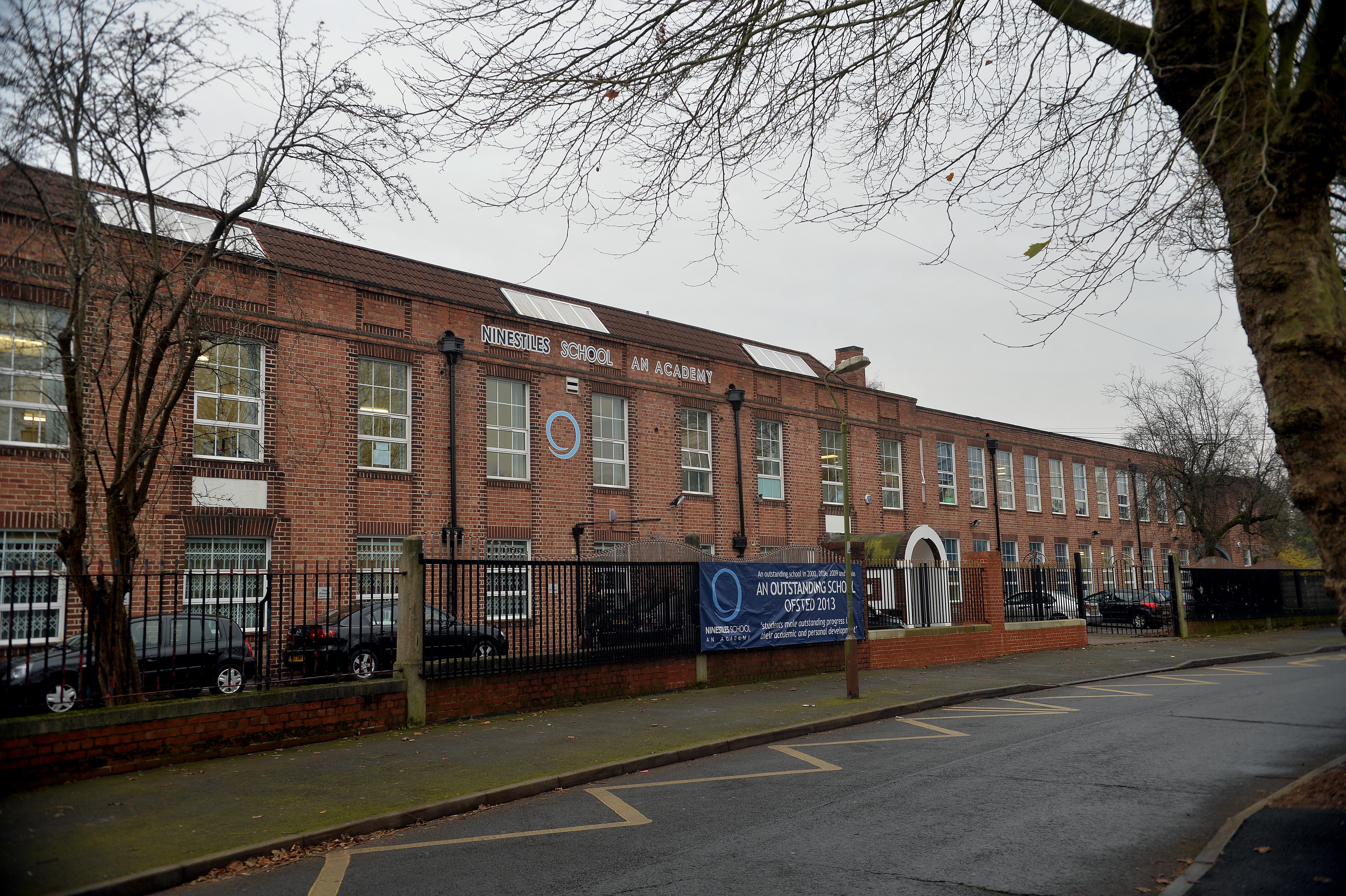 "The welfare of our students and our staff is a key priority and this measure provides reassurance to our school community."

A West Midlands Police spokeswoman said: "Police were called to reports of an assault at Ninestiles Academy in Hartfield Crescent, Acocks Green at around 3.45pm on November 26.

"It is believed a fight started between a group of people at the school gates.

"When teachers tried to intervene, they were knocked over and kicked.

"Two staff members and a student were left with minor injuries. No arrests were made."

The school made headlines earlier this year when it banned pupils from talking in corridors between lessons.

In a joint statement addressing concerns from parents, co-heads Alex Hughes and Andrea Stephens said: “Ninestiles is committed to the highest standards of behaviour and we know that students arriving to lessons ready to learn can be further supported by doing so in silence at certain points in the day.

“This is already an expectation for arrival at exams and during fire drills and, as such, is simply an extension of that code of behaviour.

“We will review this change at the end of Term 2 and the views of our students, parents and carers will be welcomed as part of that process.”

bouncer, hires, protec, school, to
You may also like: