Scientology leader David Miscavige has avoided being served with a summons on at least 14 occasions, a US court has been told, as part of a human-trafficking case brought by three Australian residents.

The allegations emerged in a Florida civil case brought by Australian Gawain Baxter and residents Laura Baxter and Valeska Paris who have claimed they endured horrendous emotional, physical and psychological abuse while in Scientology. 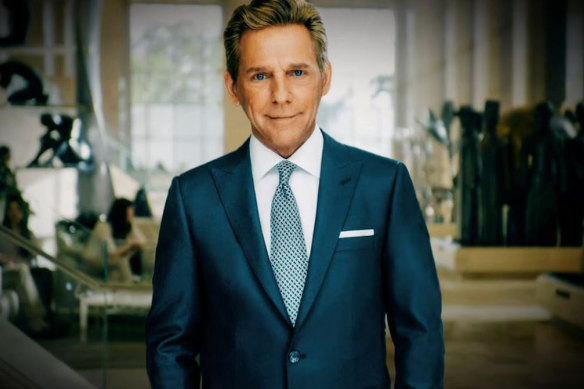 Miscavige, who has been the leader of Scientology since 1986, was named in the lawsuit along with five Scientology-related organisations. He is the only defendant to not have been served despite a summons being issued against him in late April.

The court heard allegations from plaintiff lawyers that Miscavige had deliberately evaded service for months including by ordering security at his house to prevent the summons from being delivered to him. On September 9, the court ordered the allegations were credible enough for Miscavige to instead be served through the office of Florida’s secretary of state.

The lawsuit, backed by US class-action law firms, is regarded as one of the most significant in decades against Scientology, considered by some critics as a dangerous, money-focused cult.

“David Miscavige knows that, in filing this lawsuit, our clients are reclaiming their power and right to fight for full and complete justice,” plaintiff lawyers Ted Leopold of Cohen Milstein Sellers & Toll and Neil Glazer of Kohn Swift said in a joint statement.

“After enduring alleged unspeakable mistreatment at his hands, we intend to hold Mr Miscavige and others involved fully responsible.”

Church of Scientology International spokeswoman Karin Pouw did not respond to questions about whether Miscavige had deliberately avoided being served. 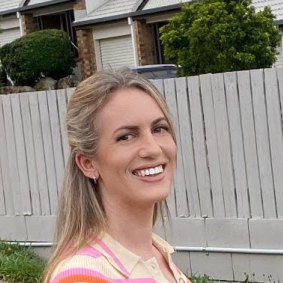 Valeska Paris is making serious allegations of abuse and child trafficking against Scientology.

But she said the allegations in the lawsuit were “absurd, ridiculous, scurrilous and blatantly false. The lawsuit is a sham and a scam.”

Pouw attacked the credibility of the plaintiffs whom she accused of wanting to “extort a pay day”.

Mike Rinder, a former senior executive at Scientology who is now a high-profile critic of the religion, said in a submission to the case that Miscavige had been involved in “extensive and elaborate methods” to evade service stretching back many decades, including in shielding the late founder of the religion, L. Ron Hubbard.

“This includes the security guards in all Sea Org facilities being drilled to refuse entry to anyone seeking to serve David Miscavige and to refuse to divulge any information about his whereabouts,” Rinder said.

However, Scientology’s Pouw said Rinder was not credible and an “inveterate liar”.

The three Australian residents filed their lawsuit in late April, alleging they were abused while part of Scientology’s “Sea Org” and “Cadet Org” entities that involved them signing billion-year contracts to provide free or cheap labour to Scientology.

Pay was sometimes withheld or set at a maximum of $US50 ($74) a week, the lawsuit alleges. Much of the alleged abuse occurred on Scientology’s Caribbean cruise ship, the Freewinds, which never enters US waters.

It detailed claims of how children as young as six were separated from their parents, who relinquished custody to the Cadet Org and later Sea Org, with family visits limited to once a week.

While public members of Scientology can live in their own homes, members of “Orgs” work as indentured labour on sea and land, the lawsuit alleges, accumulating large debts which are then held over them.

Lawyers for Scientology have since said the three had signed contracts while members of the Sea Org that required them to arbitrate disputes within the church, not through the legal system. Scientology has successfully used this legal defence on one occasion.

The plaintiff lawyers, in new filings, rejected this argument, stating that the arbitration agreements were signed under “severe duress”. 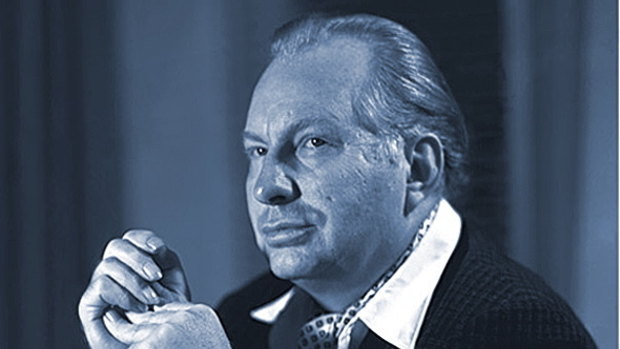 “The agreements are void due to the duress under which plaintiffs signed them, which included imprisonment and threats of economic, reputational, and physical harm,” the filing said. “At no point did plaintiffs know what they were signing or have any real choice but to sign the documents presented to them.”

Scientology was founded by US science fiction writer L. Ron Hubbard in 1953 and has long attracted celebrities including John Travolta and Tom Cruise, who is close to Miscavige.

Part of the legal claim against Scientology includes allegations that Laura Baxter was accused of monopolising the attention of a prominent celebrity – who is not named in the filing but is Tom Cruise – while aboard the Freewinds for his birthday in 2004. She alleges her punishment was to be locked in an “extremely hot” engine room of the Freewinds ship. There is no suggestion Cruise was aware of Baxter’s situation.

While living on the Freewinds, Gawain Baxter alleged he had his passport confiscated and worked 16 to 24 hours a day in unsafe conditions. That included repainting pipes, cleaning the ship decks and cleaning fuel tanks without safety gear. He claims after working with blue asbestos and concrete dust, he later coughed up blood.

A 2021 investigation by The Age into Scientology’s finances found it had shifted tens of millions of dollars into Australia, and makes tax-free profits with minimal scrutiny.