Hungry seal forces popular fishing lake to close after chomping through £3,000 worth of carp, bream and catfish

The owner of a popular fishing lake has told how his business has been devastated by a ravenous seal which so far has chomped through £3,000 worth of fish.

Nick North said he has been forced to shut his business to anglers for three weeks after the hungry seal moved in and started snacking on dozens of carp, bream and catfish.

The mammal has so far evaded two attempts to capture it and is also believed to be snacking on the local duck population.

The RSPCA, Essex Rural Police and the British Divers Marine Life Rescue (BDMLR) have all been involved in attempts to capture the animal. 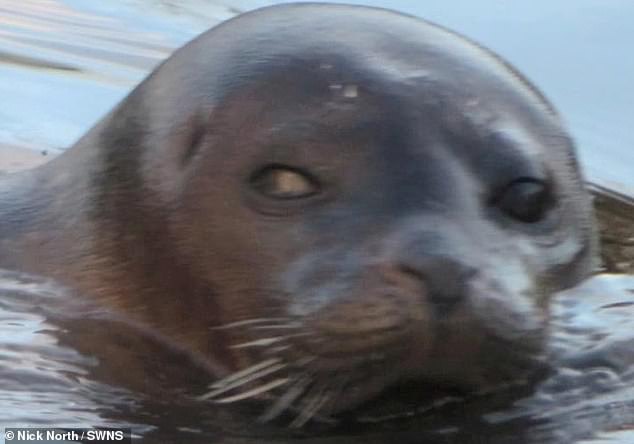 The grey seal, aged one, was first spotted on December 6 swimming up the River Roach in Essex having likely come from the sea nine miles away.

It was then spotted in the frozen Marks Hall Fisheries lake in Rochford Reservoir, Essex, on December 12 and has been there ever since.

‘It could probably get out if it wanted to but it won’t go. It’s got never-ending food supplies.’

He now has to wait for the environmental agencies to conjure up another plan.

Whilst he waits he is getting no compensation for the loss of business.

He said: ‘It eating my fish doesn’t come into it apparently.’ 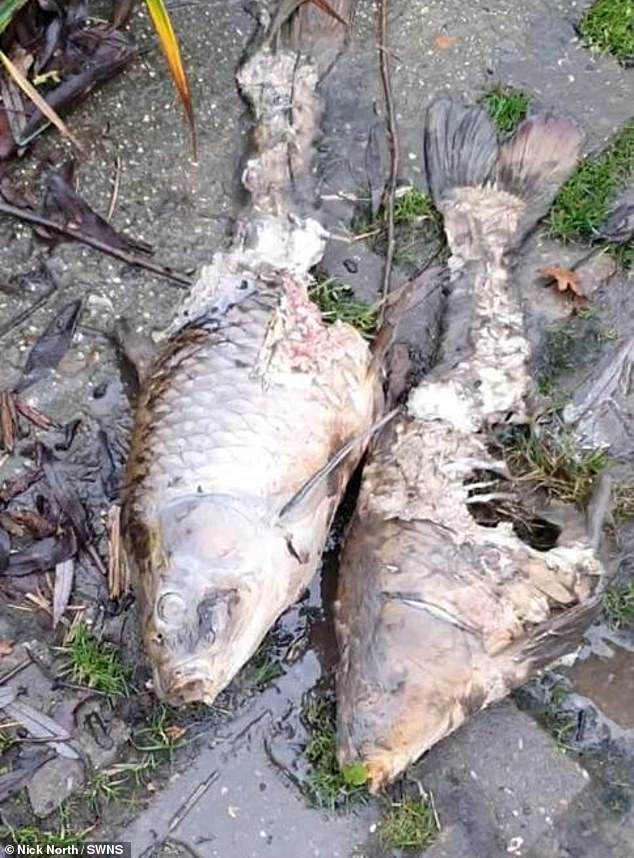 Mr North said the seal had eaten up to £3,000 worth of fish, which he said is ‘ruining’ his business

Mr North has leased the lake from Rochford District Council for 12 years and never found himself in this predicament.

He also suspects the animal has killed ducks, after finding five dead birds around the lake since its arrival.

The resident ducks have all moved to the river and haven’t been seen on the lake since.

According to Mr North, the creature crawled over the 10-metre bank between the lake and the river Roach.

It then went onto the frozen lake and fell through the ice on its way to the island in the middle.

What may have started as an accident that temporarily trapped the animal has ended up in a well-fed seal that is very reluctant to leave its newfound treasure trove of fish. 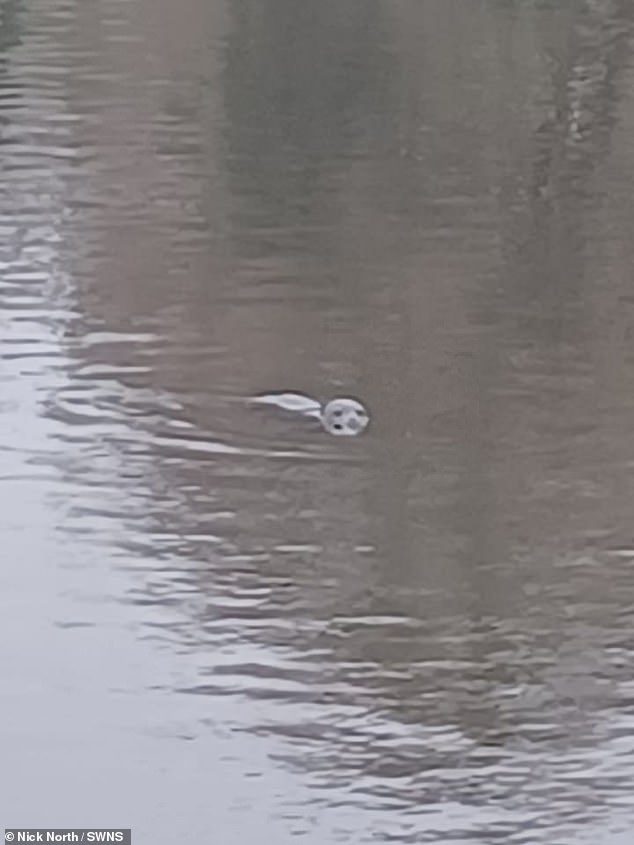 The seal has managed to evade capture twice so far

Footage from January 5 shows a rescue operation by dozens of people who try to capture the seal that evades them once again.

Mr North said the seal has some injuries that were previously of concern to the BDLMR but have been deemed not life-threatening.

The mammal has a cut on its head and tail and a suspected blind eye.

He added: ‘It shouldn’t be here, this is fresh water, you’ve never seen a seal in a park lake or any lake really.

‘It’s not made for fresh water. Even though it’s ruining my business. It’s still part of nature I suppose, just an unwanted part.’ 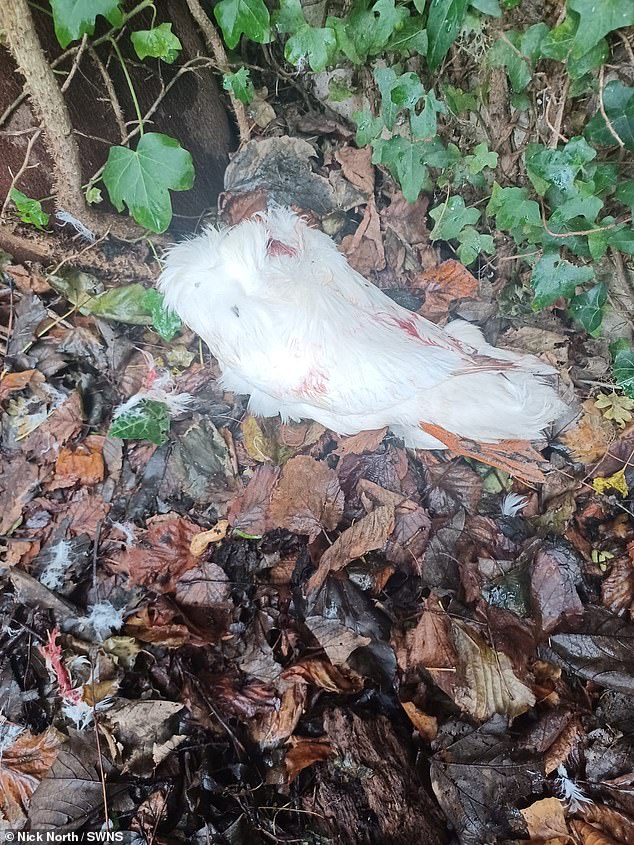 Other wildlife is being affected, with the BDLMR saying it ‘appreciated the detrimental effect on the other species’

A spokesperson from BDLMR said: ‘We are currently the lead agency dealing with a seal which has found its way into a fishing lake near Southend.

‘Tranquilisers and electrofishing do not work on seals due to their insulating fat and risks to the fish population.

‘We do want this animal to be relocated as much as the angling community do – it cannot exhibit normal ‘seal’ behaviour on its own (they are social, colony animals).

‘All agencies involved appreciate the detrimental effect on the other species in the lake.

‘Seals are capable of living healthily in freshwater, however, it is obviously not a natural location for this one.

‘We need to give it a short period to settle again after the last two attempts. We must balance the stress of capture attempts against the likelihood of success.

‘We do have a further plan being discussed at the moment, including the fantastic team who manage the lake.

‘We would ask for the public’s support in looking after this animal until such time as a resolution can be reached.’