Sean Penn made a surprise appearance in Washington, D.C. at Thursday’s hearing investigating the Jan. 6, 2021 insurrection. The Oscar winner was seated next to former police officer Michael Fanone, who resigned after he was dragged into a mob and beaten that day, and D.C. Metropolitan Police Officer Daniel Hodges, who was crushed by rioters between a door.

Penn said he was attending the public hearing as “just another citizen,” according to CNN. “I think we all saw what happened on January 6 and now we’re looking to see if justice comes on the other side of it.” 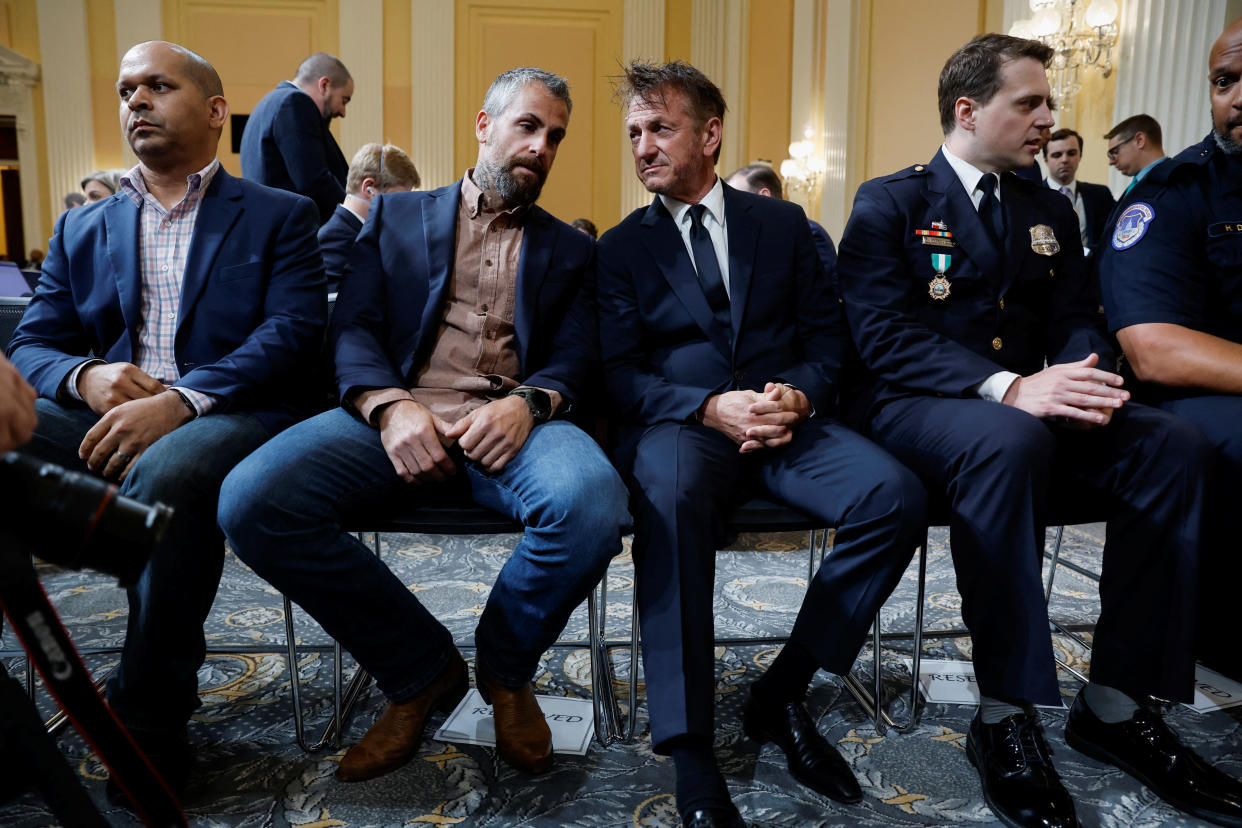 Sean Penn in attendance at Jan. 6 hearing. Says: “I’m just here to observe — just another citizen.” Penn: “I think we all saw what happened on January 6 and now we’re looking to see if justice comes on the other side of it,” per @AnnieGrayerCNNpic.twitter.com/g5TnEc3ZVj

The House select committee announced Thursday’s hearing will focus on former President Donald Trump’s efforts to pressure the Department of Justice to overturn his loss to President Joe Biden in the 2020 election. It’s the fifth of eight planned hearings.

Penn, 61, is one of the most politically active stars in Hollywood. The actor was in Ukraine when Russia invaded the country on Feb. 24. He was filming a documentary about the unprovoked attack and his aid organization Community Organized Relief Effort has been on the frontlines helping refugees.

Penn’s appearance at the Jan. 6 hearing has been trending on Twitter all afternoon. Actress Rosanna Arquette called the Gaslit star “a good man” who cares about “justice and human rights.”

MORE: Sean Penn tells Sean Hannity ‘There are a lot of reasons I don’t trust you’