THE Seattle enclave that has been abandoned by cops has been dubbed as "part street festival, part commune" with armed checkpoints to keep police out.

Demonstrators have declared the "Capital Hill Autonomous Zone," or CHAZ, near the city's central district, with a banner telling all that enter that "This space is now property of the Seattle people." 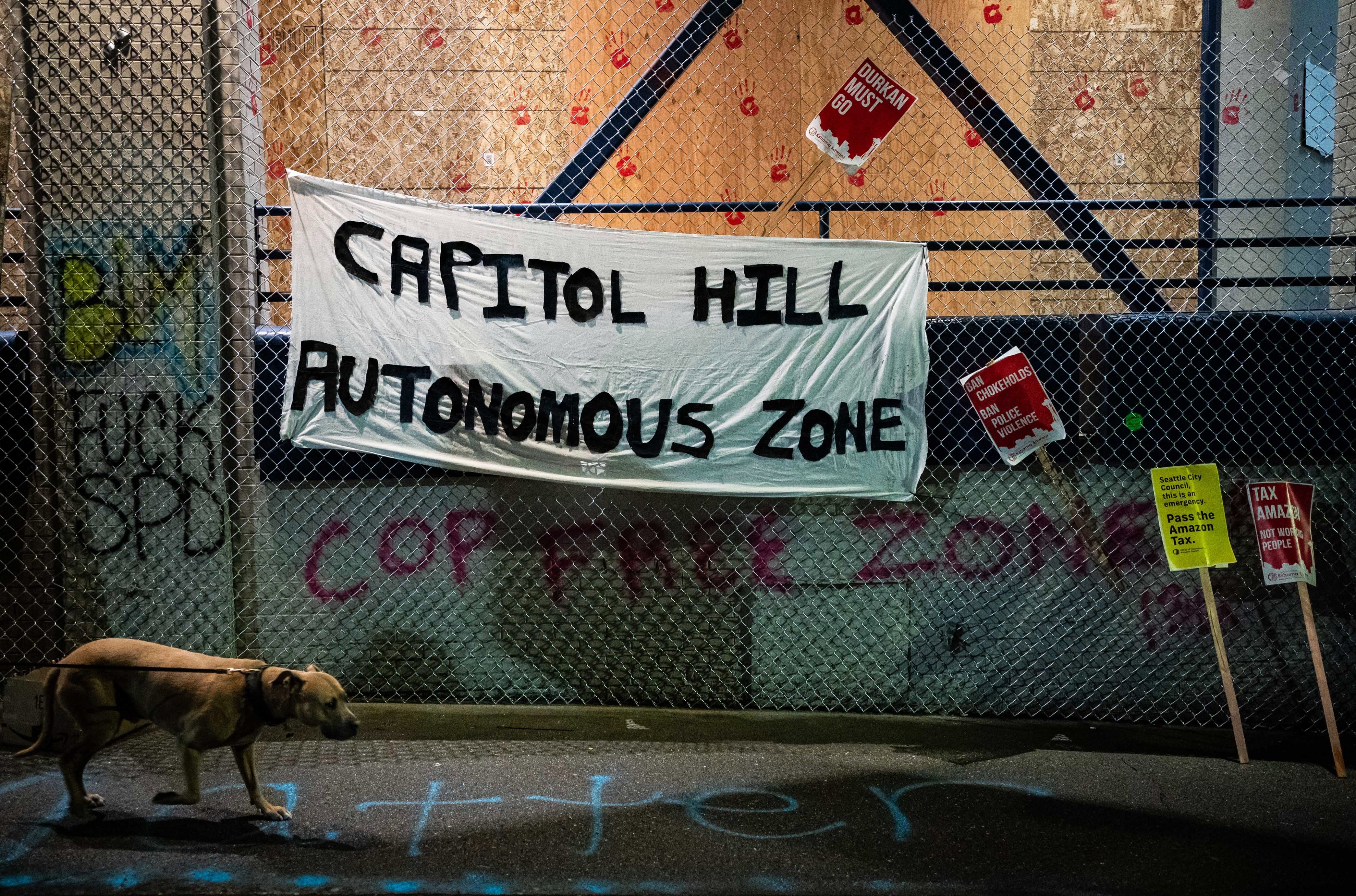 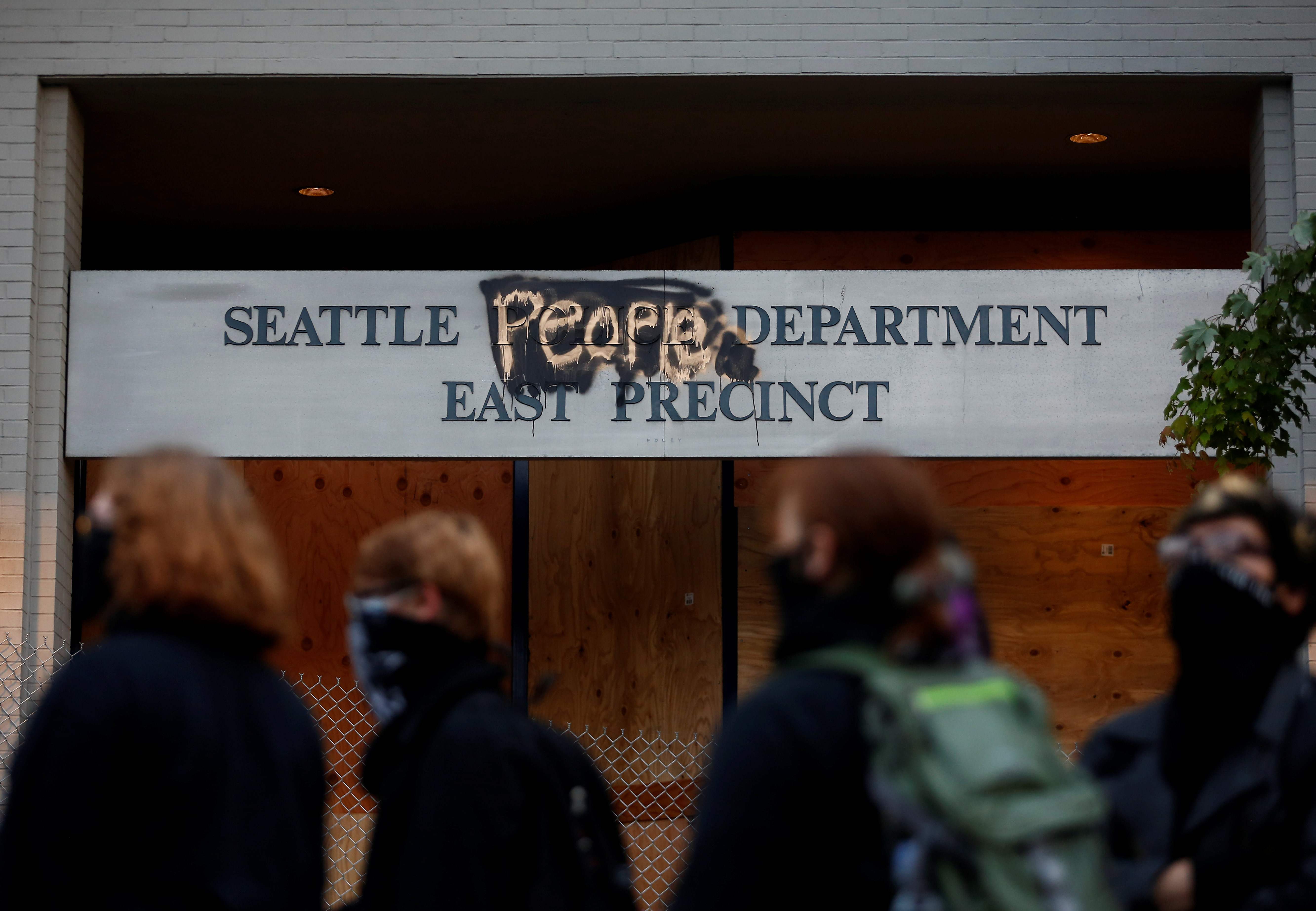 The CHAZ includes apartments, businesses, and an abandoned police precinct.

Pictures showed men armed with machine guns manning the checkpoints and the words "COP-FREE" daubed across the barricades.

Cardboard signs also read "You are now leaving the USA" and "You are entering free Capitol Hill".

The "free zone" was also giving out complimentary food and drink at the "No Cop Co-Op," free movie screenings and had a designated smoking area urging protesters to "please consider ur [sic] neighbors' health."

However, demonstrators are urging people to understand that this is not an event, but an opportunity for them to "make it what they want."

"This is not Coachella," Raz Simone told the Seattle Times on Tuesday. "Bring your sleeping bags and tents. We here." 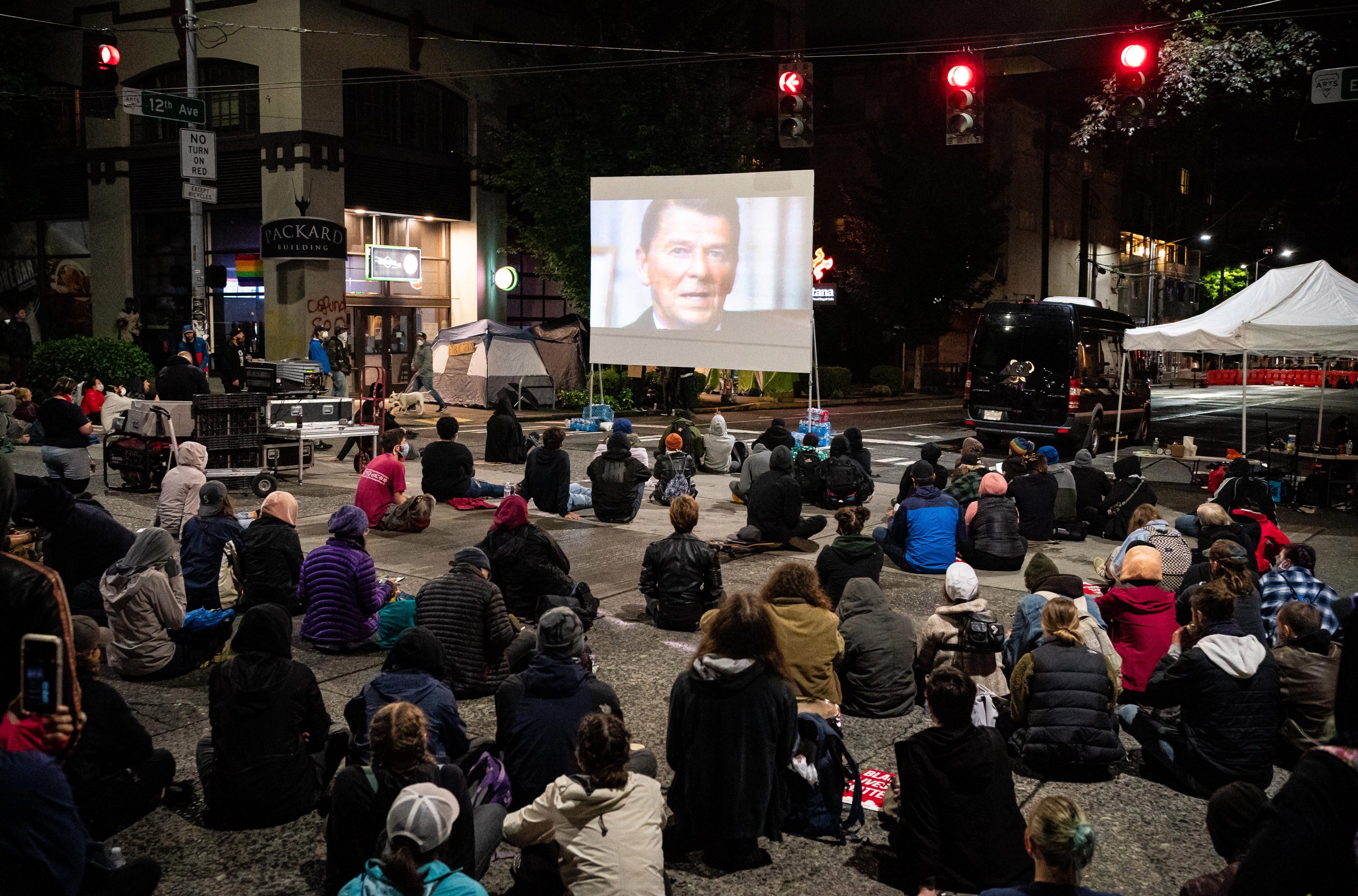 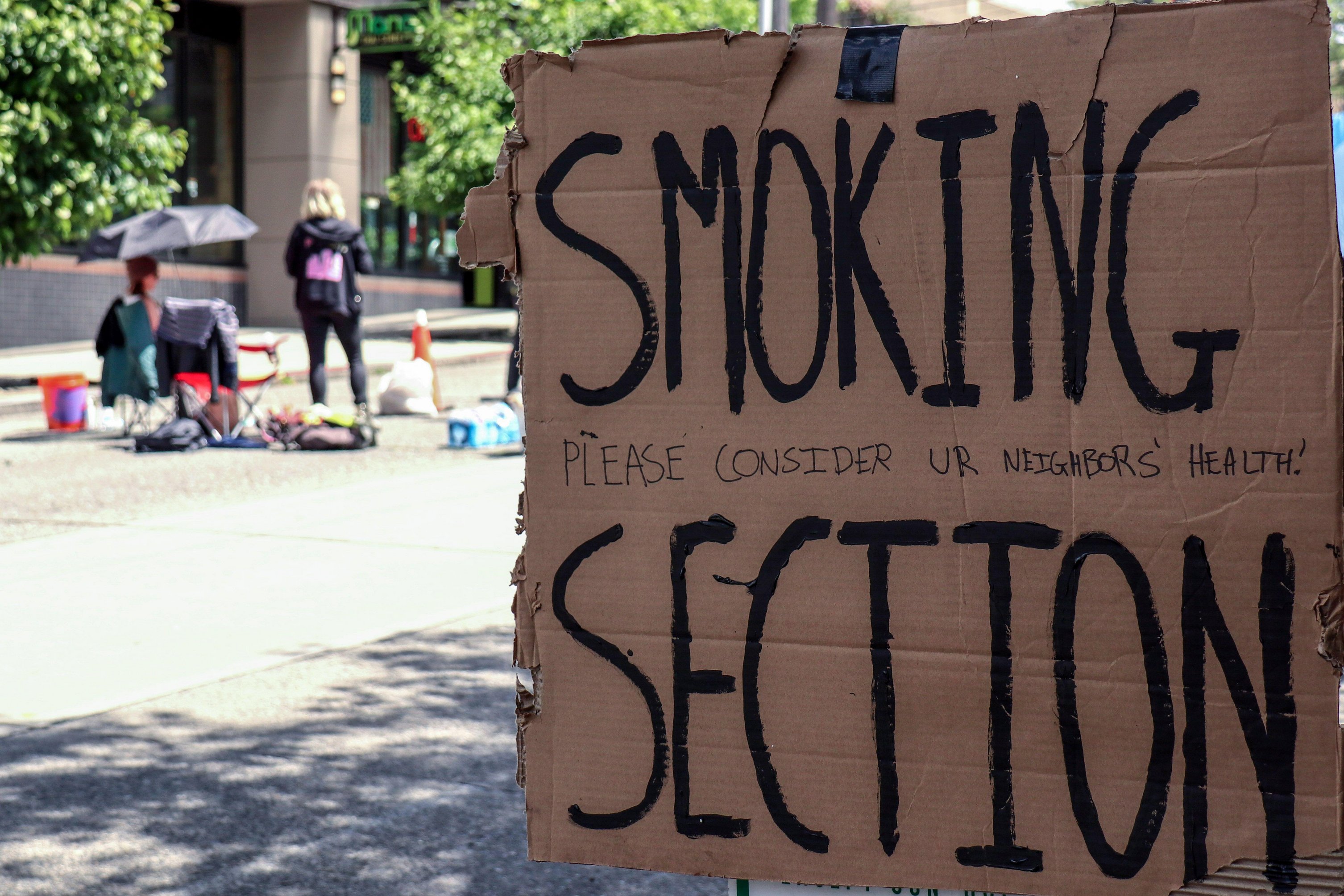 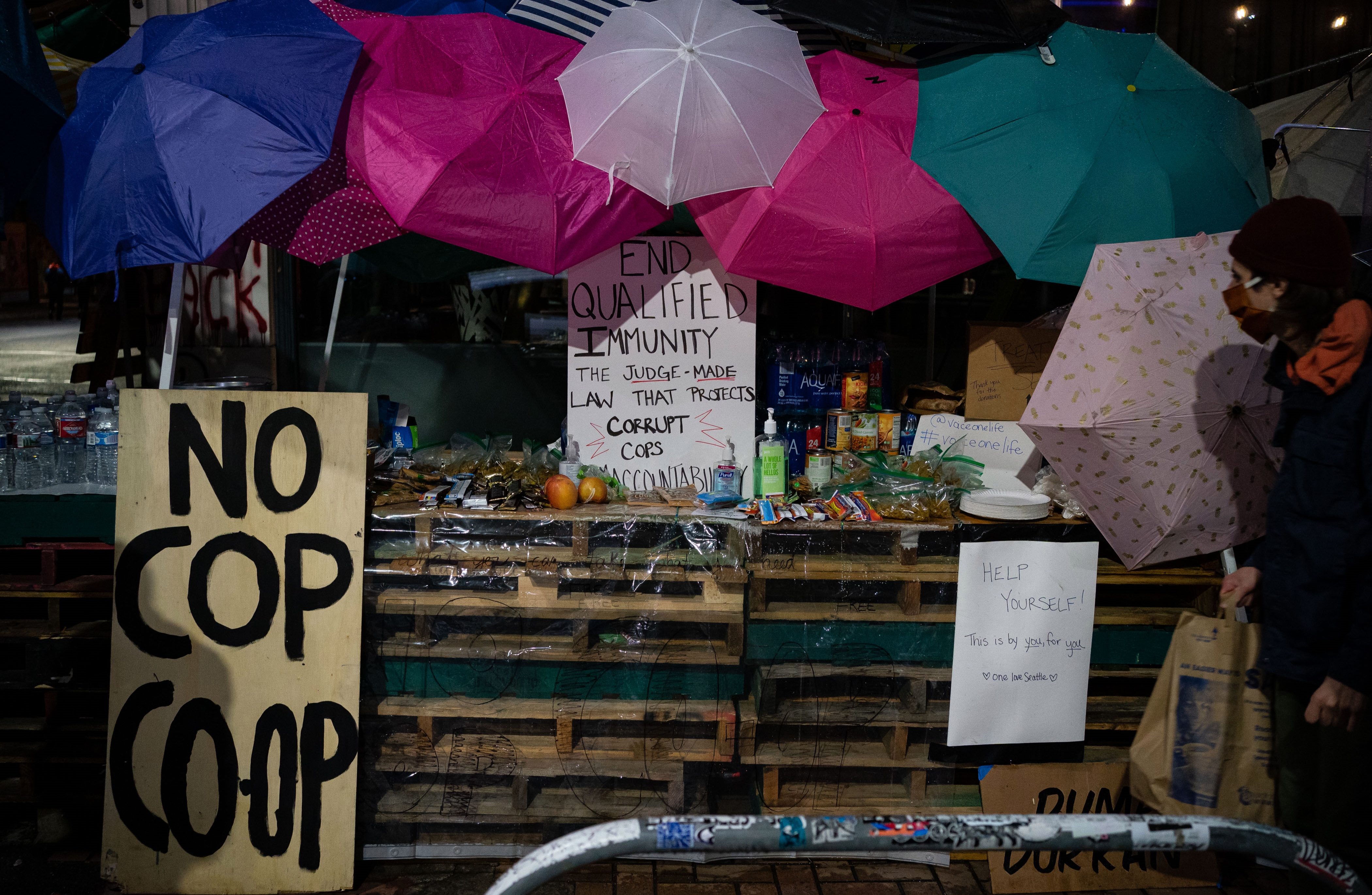 Michael Taylor also told the outlet: "From what I’ve gathered, we’re trying to take our community back so we can live without a massive police force patrolling the streets.

He added that since police left, "I noticed I’m looking over my shoulder less."

John Moore, who was part of a makeshift medical team, told the New York Times that he hoped to see the man-made autonomous zone become legally recognized.

"We are trying to prove through action and practice that we don’t need them and we can fulfill the community’s needs without them," he said.

However, Donald Trump has now said that he will act to remove "domestic terrorists" in Seattle if officials fail to regain control of a six-block area that has been occupied by George Floyd protesters.

On Wednesday night, the president wrote on Twitter: "Radical Left Governor [of Washington, Jay Inslee] and the Mayor of Seattle are being taunted and played at a level that our great Country has never seen before. 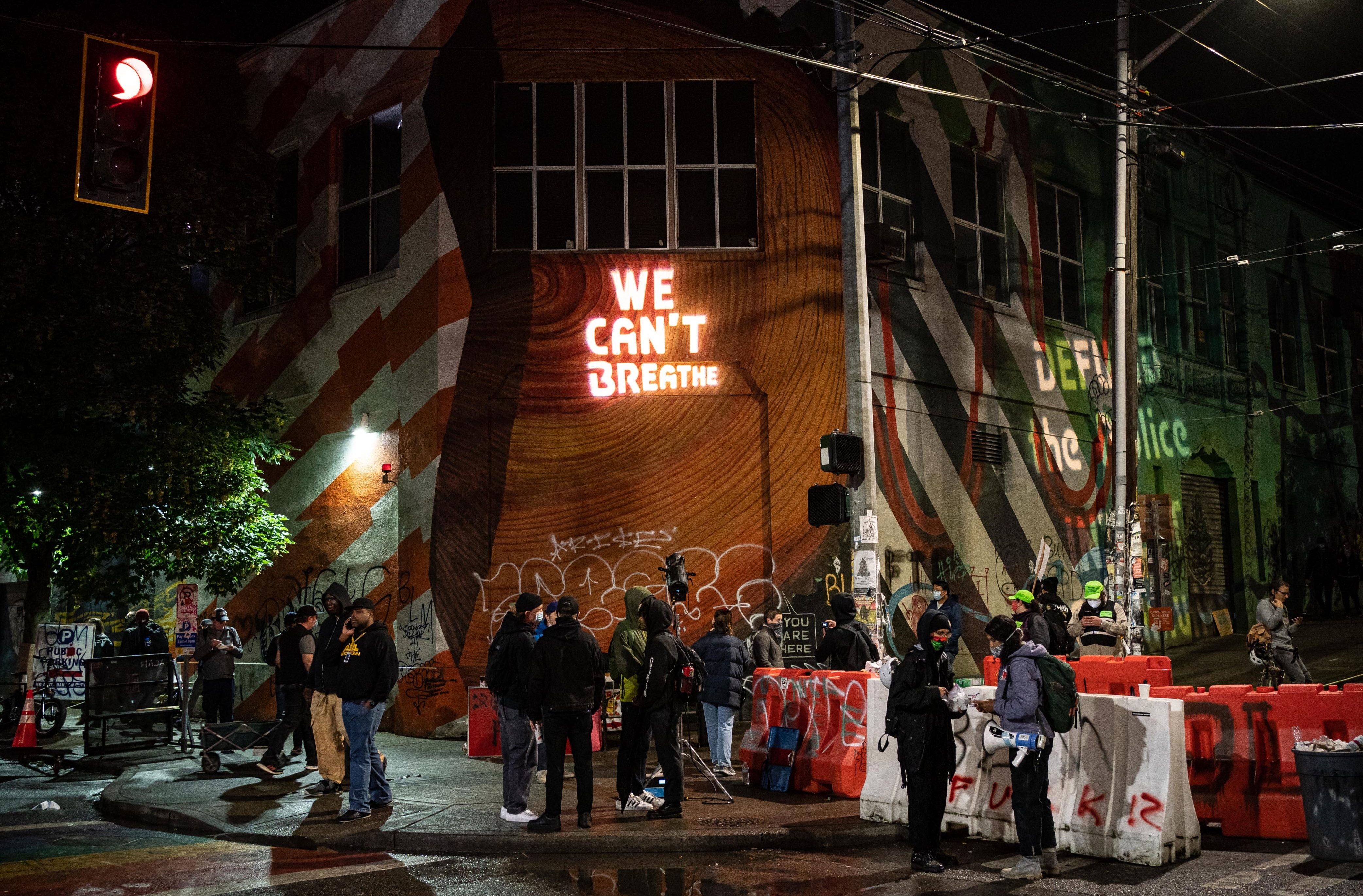 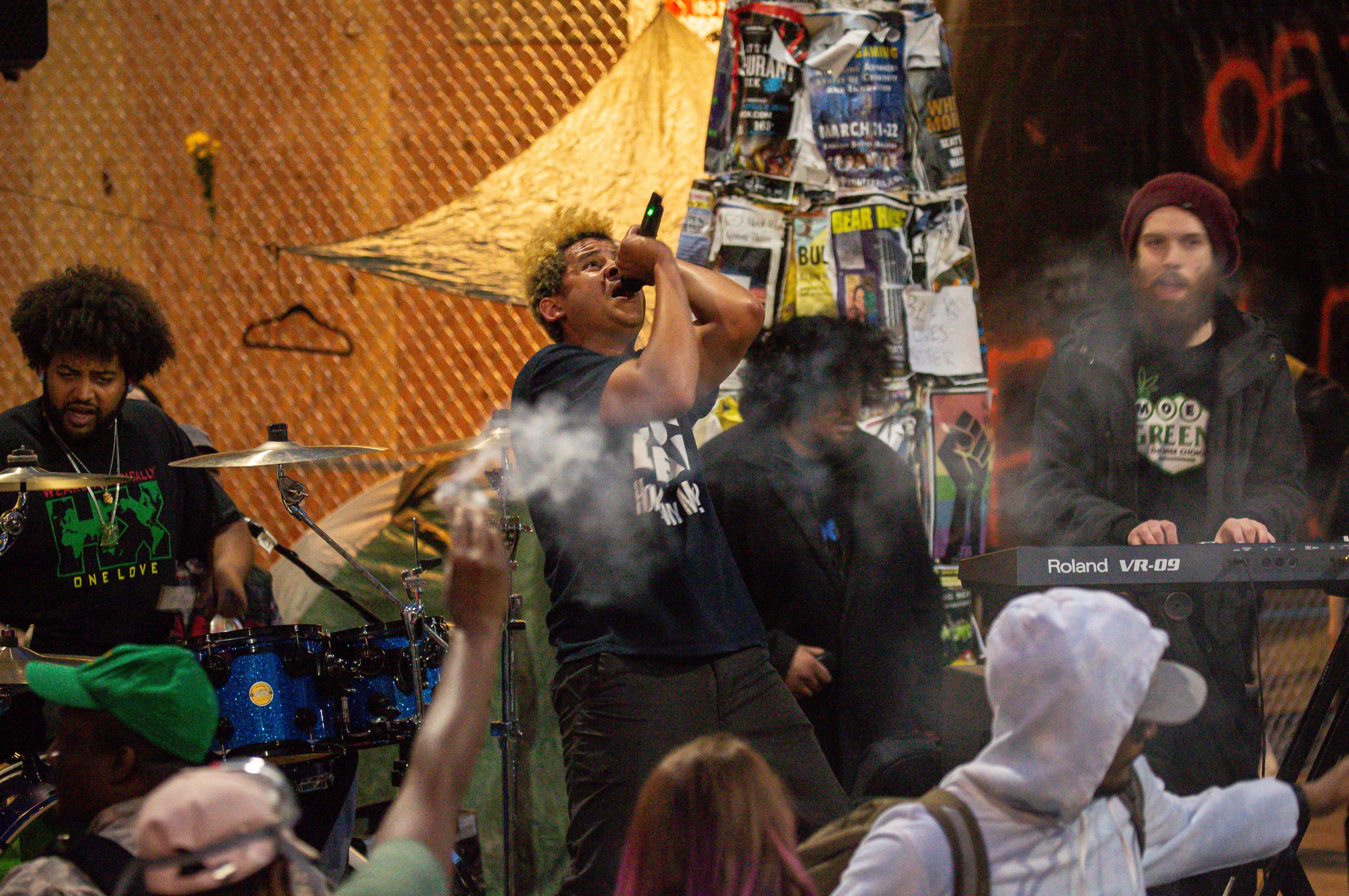 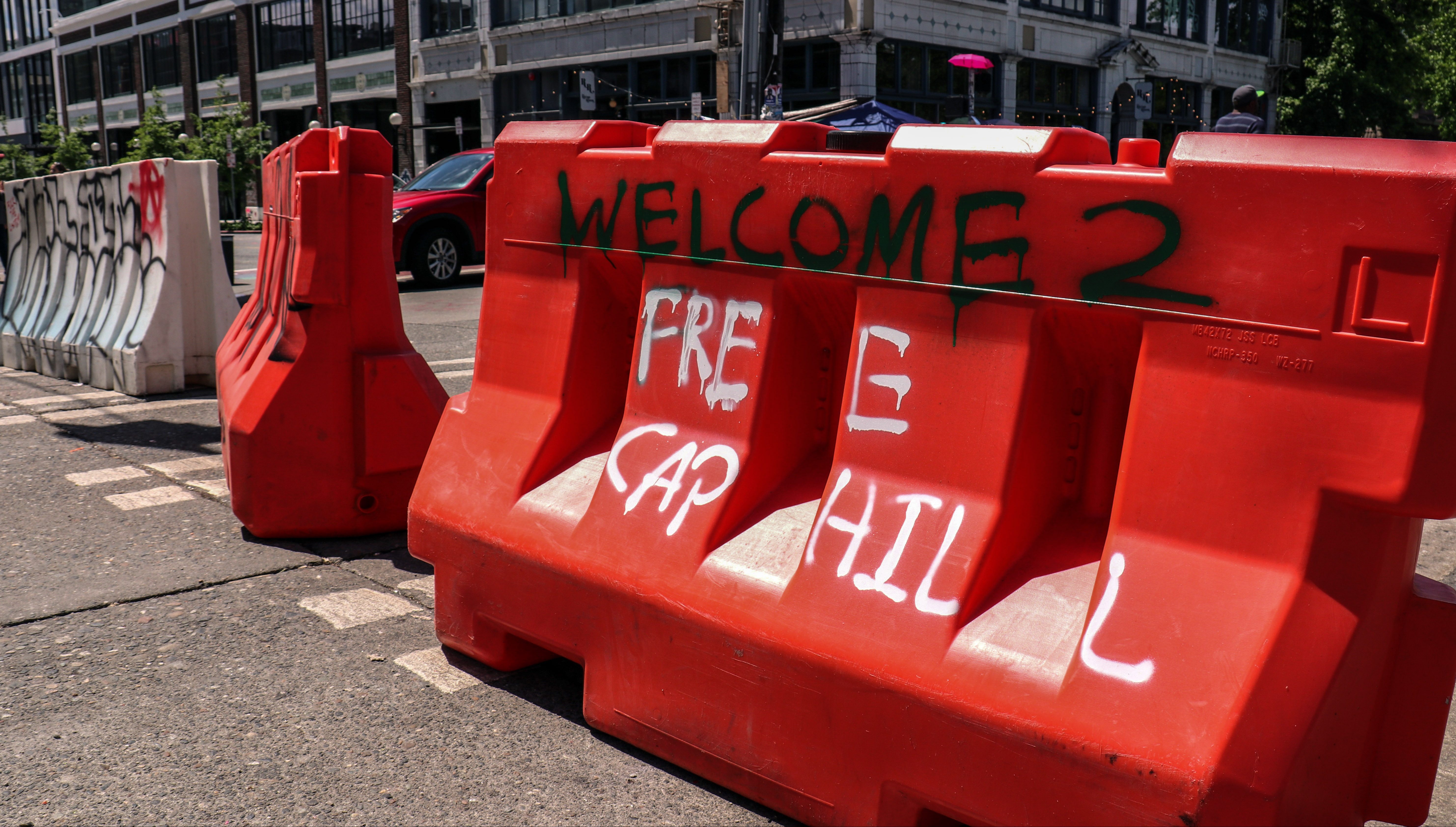 "These ugly Anarchists must be stooped (sic) IMMEDIATELY. MOVE FAST!

abandoned, by, c***', enclave, seattle
You may also like: