BRITAIN is set to be hotter than Hawaii as temperatures reach 29C today with 12 days of glorious sunshine expected.

Sun-worshippers have been making the most of the glorious September weather for one last taste of summer, with crowds flocking for popular stretches of coastline. 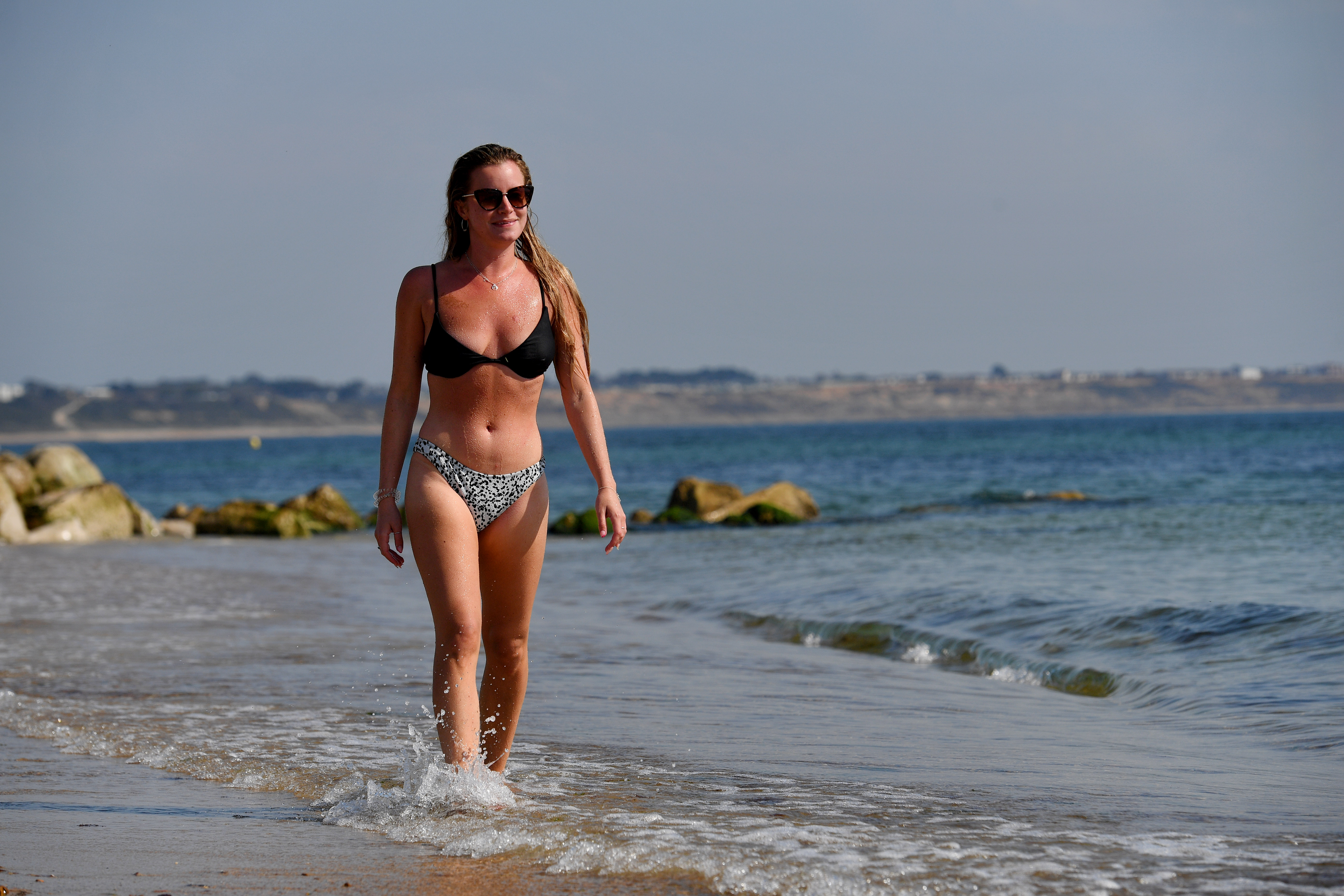 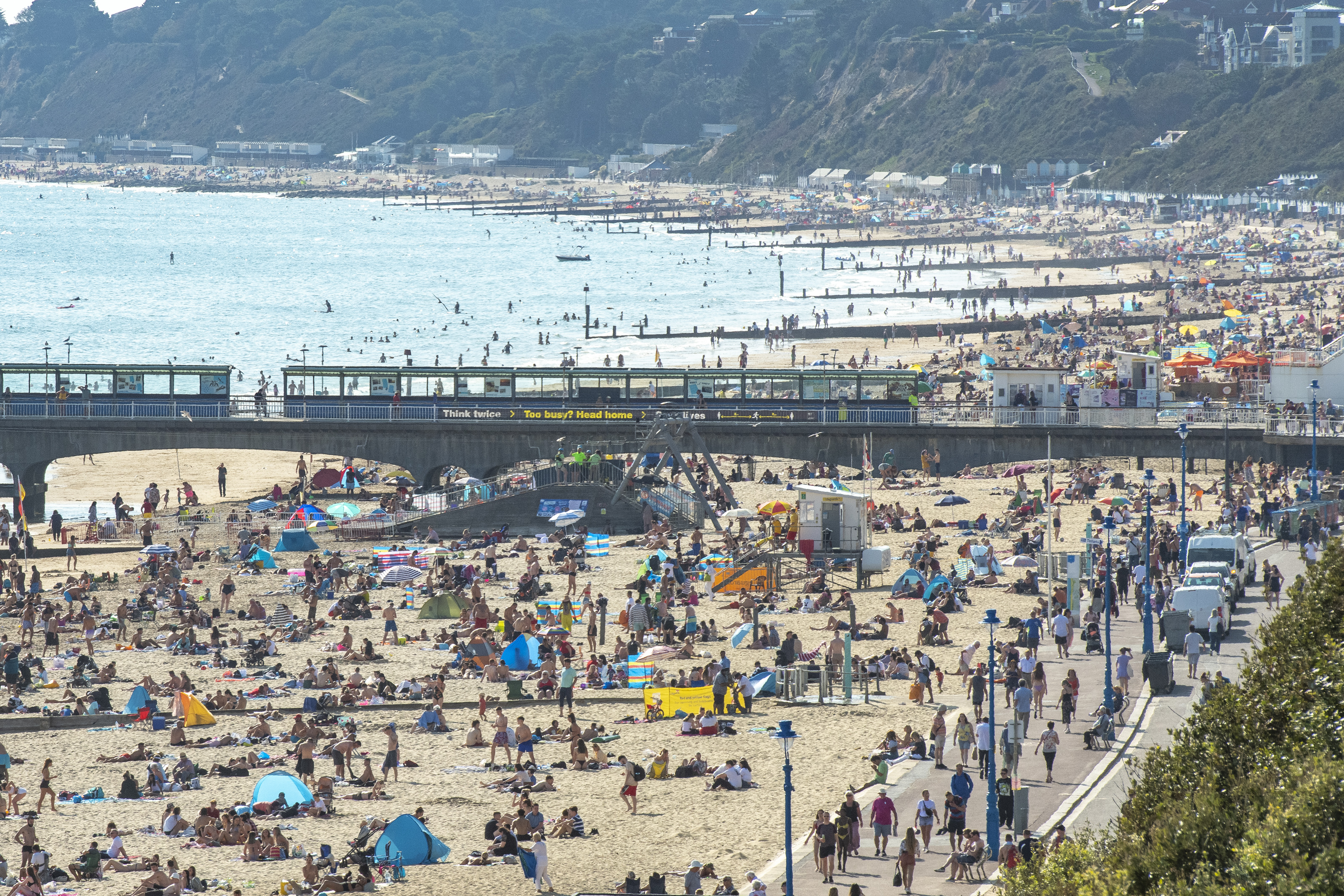 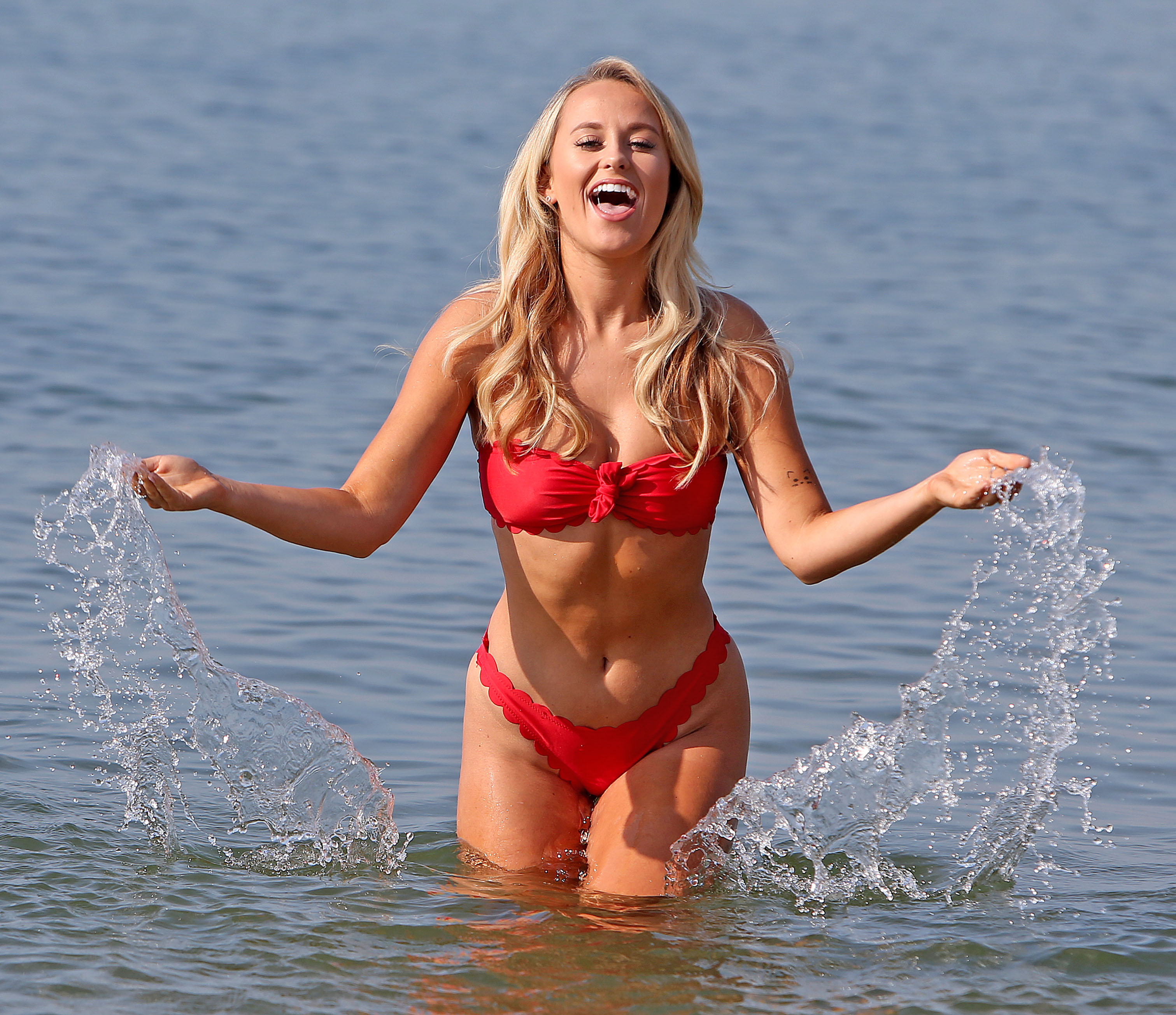 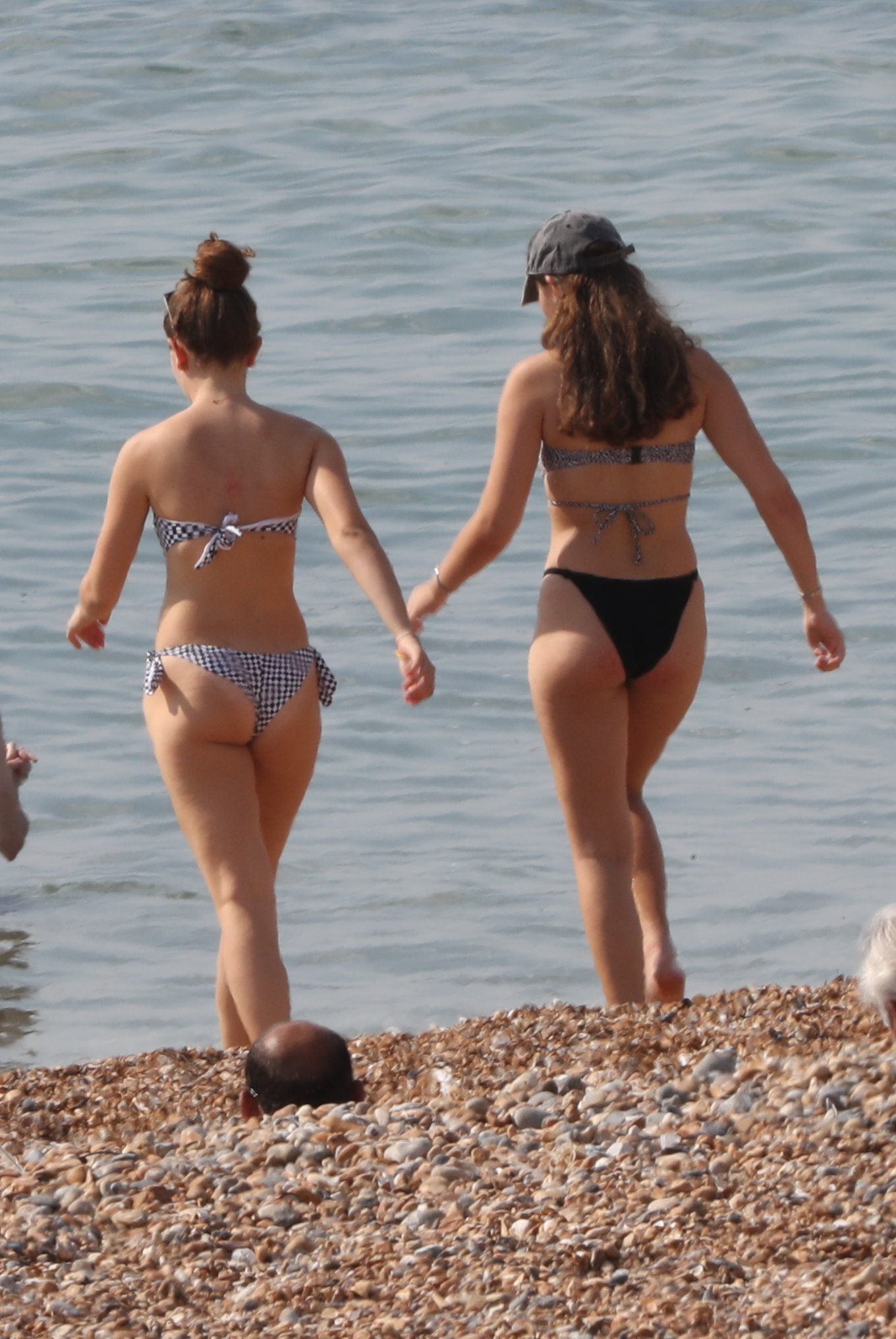 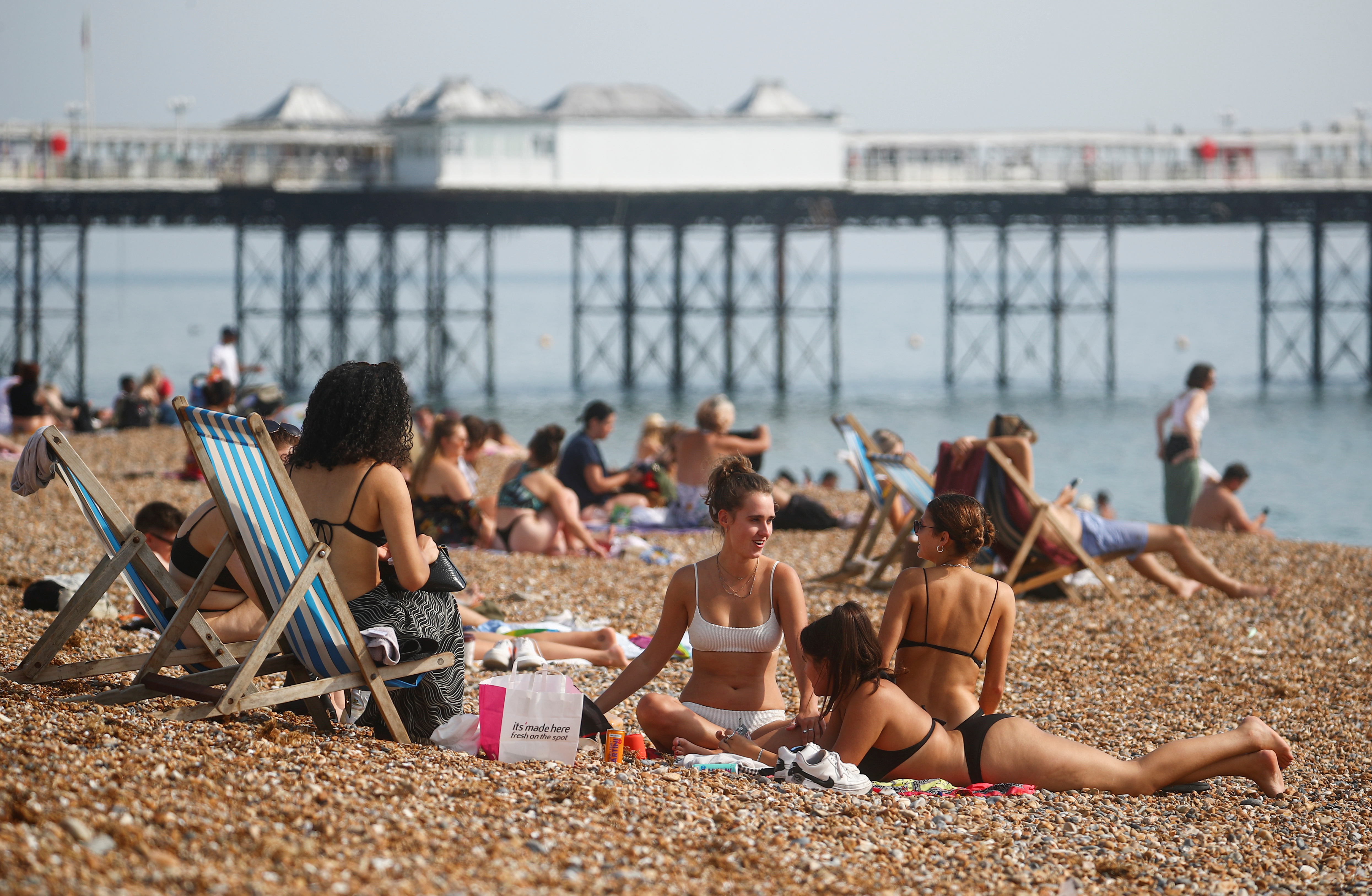 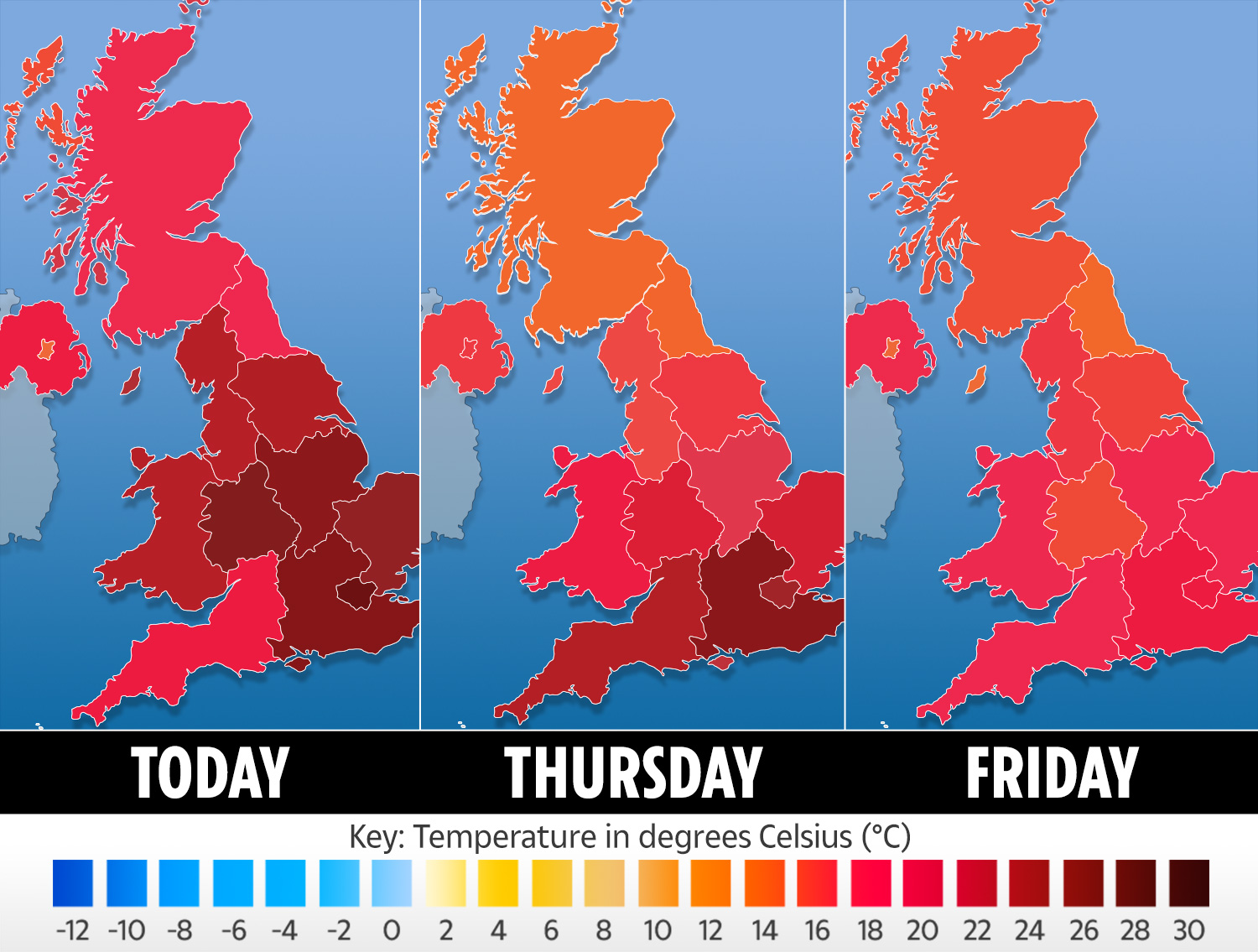 Although cooler weather is expected in the North, the South could again reach highs of 29C for Wednesday.

The warmer weather is down to a combination of tropical air pushing up from the south and light winds, the Met Office said.

Forecaster Bonnie Diamond added: “It definitely feels like one last blast of summer even though we are, meteorologically speaking, in autumn.”

September has been the warmest since 2016 and follows an August heatwave when temperatures topped 34C for six days running.

The scorching weather will ease off through the end of the week as colder air sweeps in to Britain from the Atlantic.

Brits have baked in some of the hottest September temperatures ever seen this week during a 'Saharan spurt'.

And as it heated up to a 30C scorcher on Tuesday, with many families making the most of the day with a cooling dip in the sea.

Sandy beaches along the Dorset coast were packed with people basking on beach towels.

Thousands of people visited the seafront at Bournemouth to bask, while further down the coast, in Swanage, surfers have taken to the water.

Many Essex locals flocked to Leigh on Sea to sunbathe, including Eliza Simonelli, 25, who wore a red bikini as she enjoyed the sunshine.

In the sea off Brighton, friends hugged as they savoured summer's last gasp. 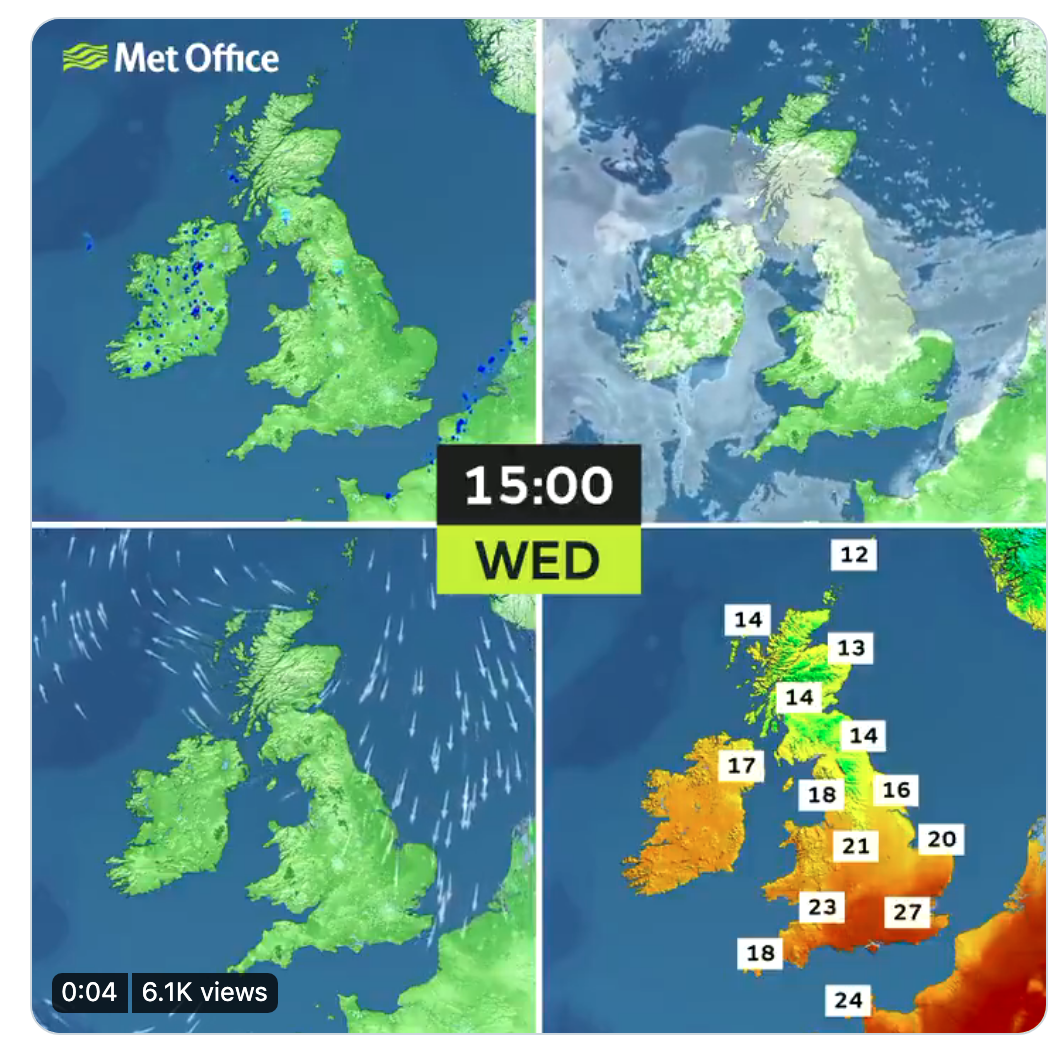 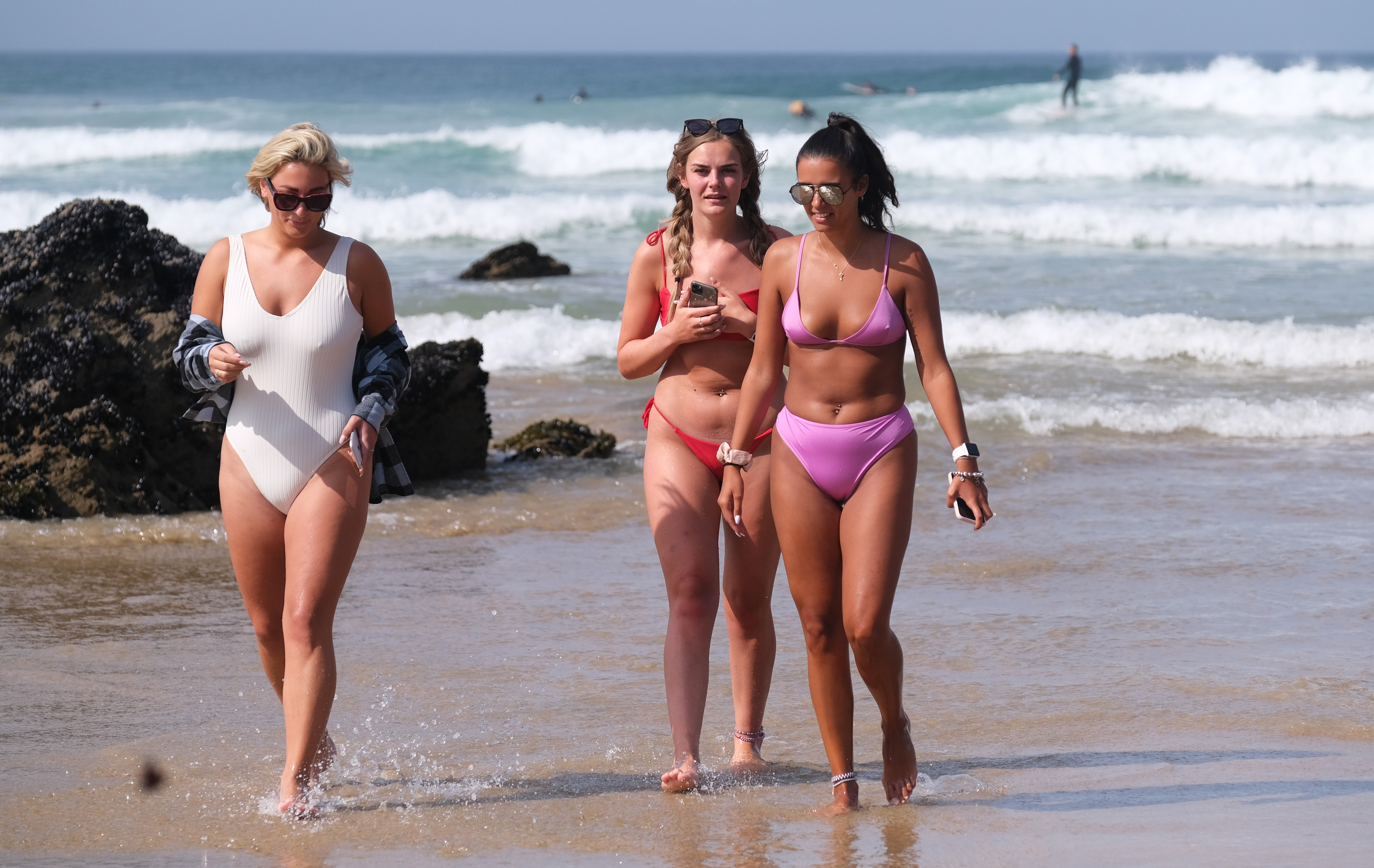 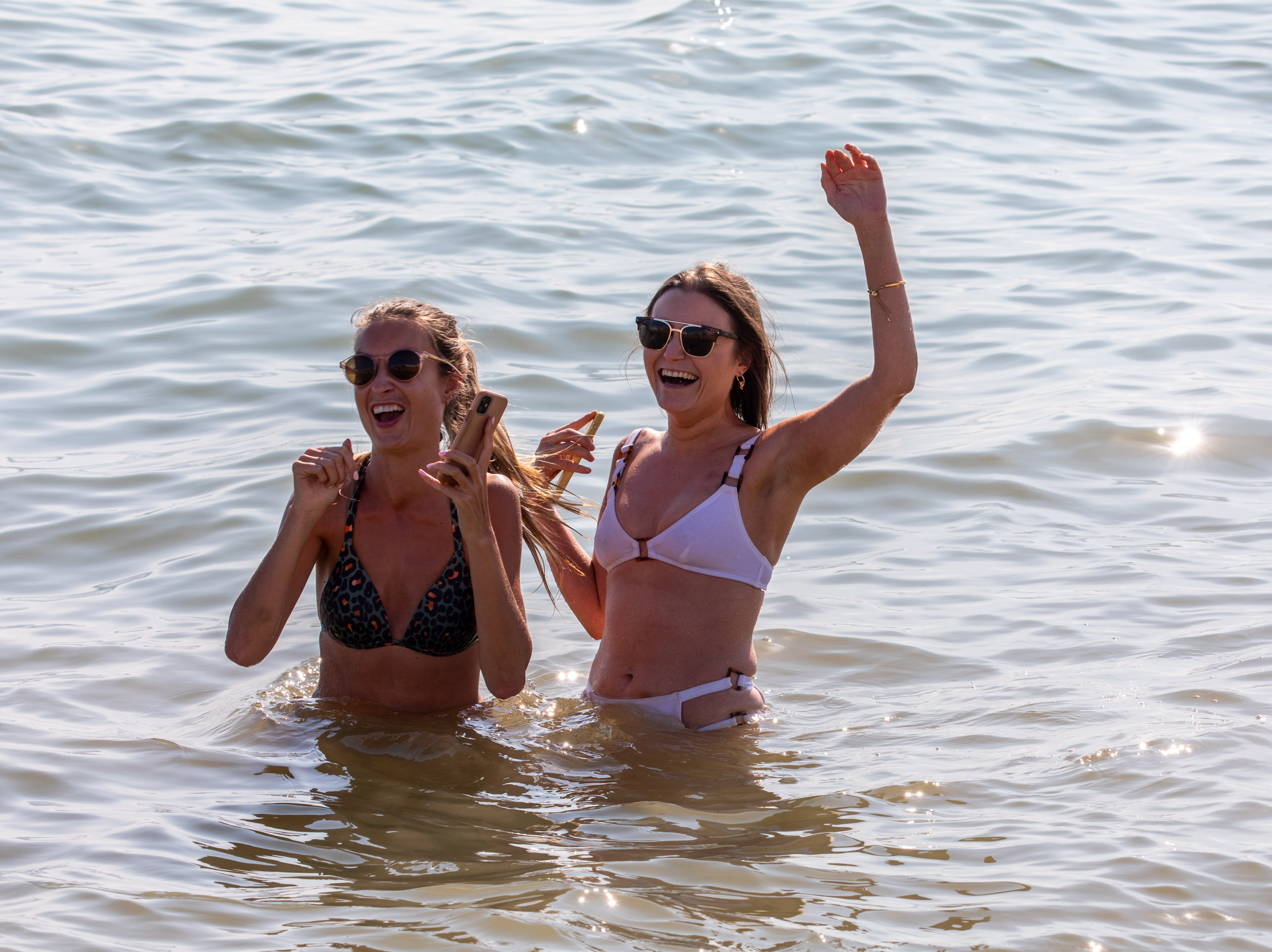 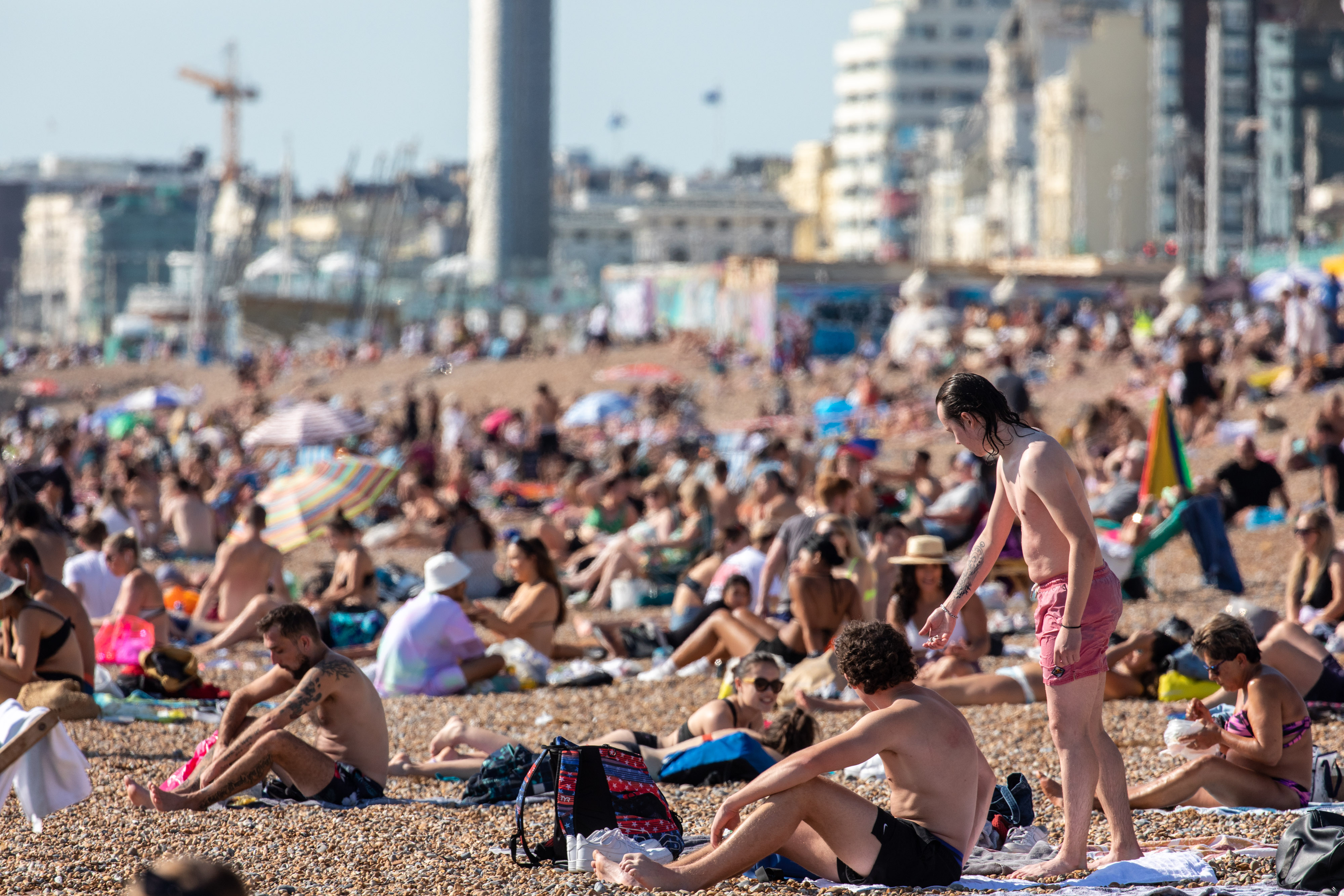 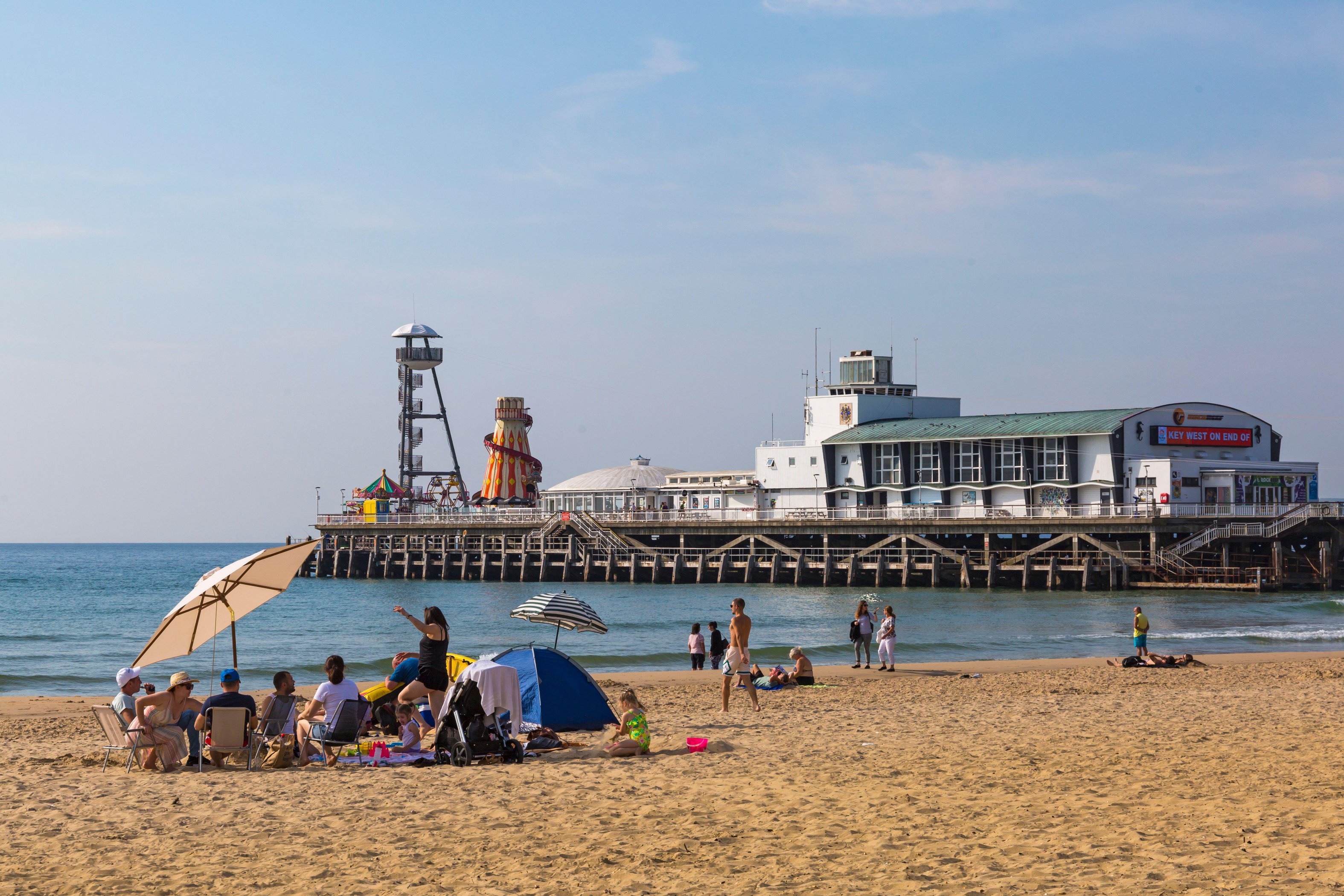 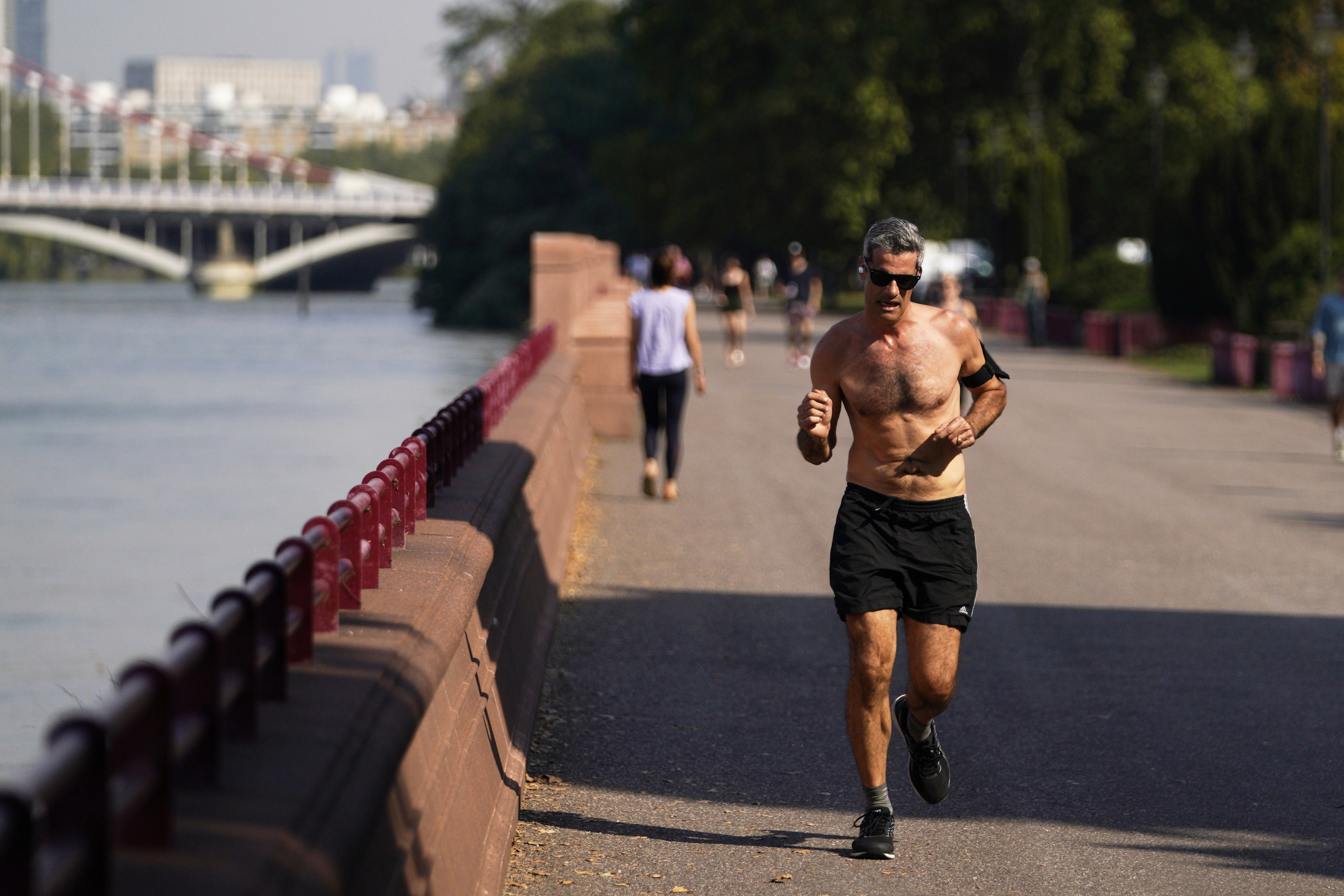 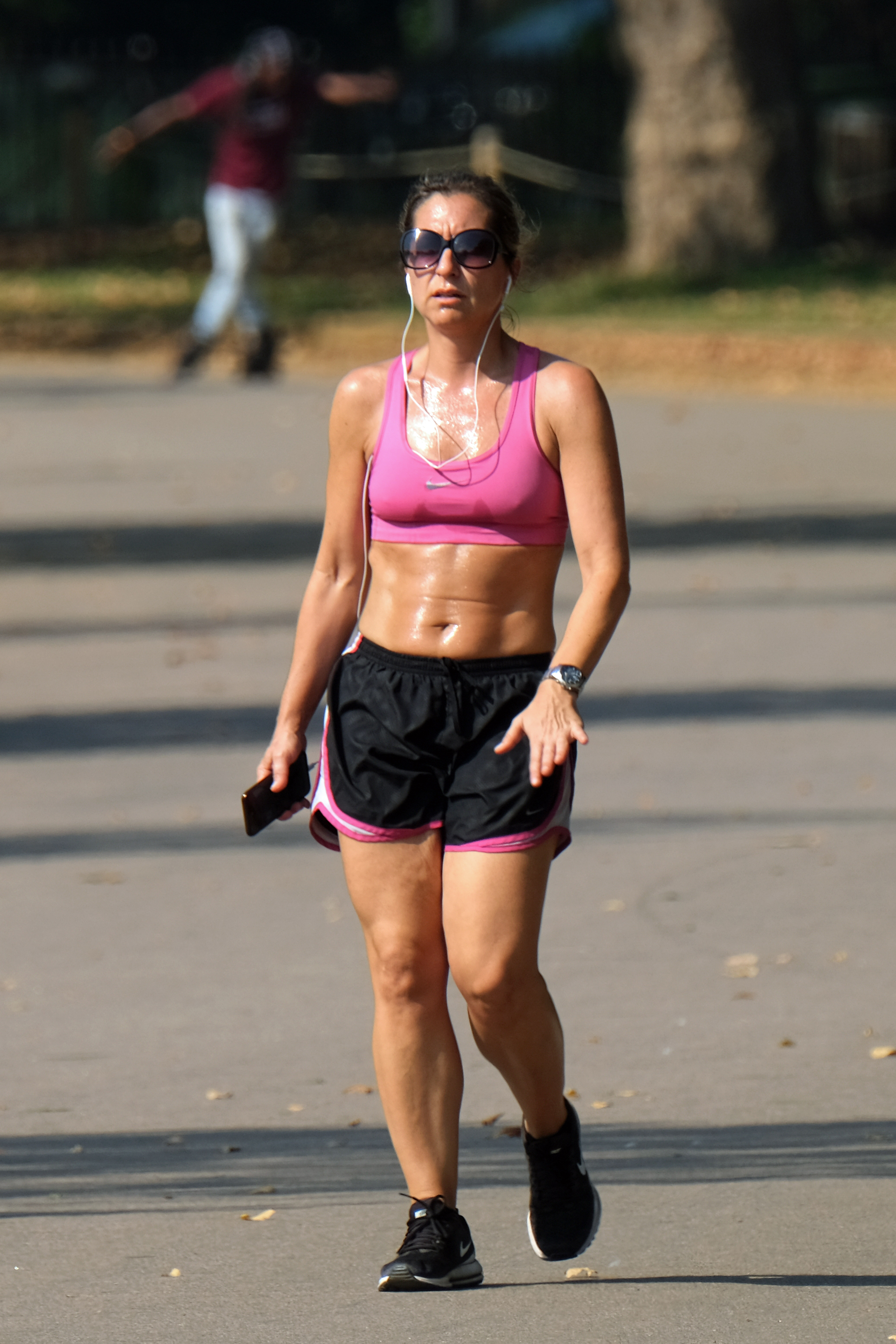 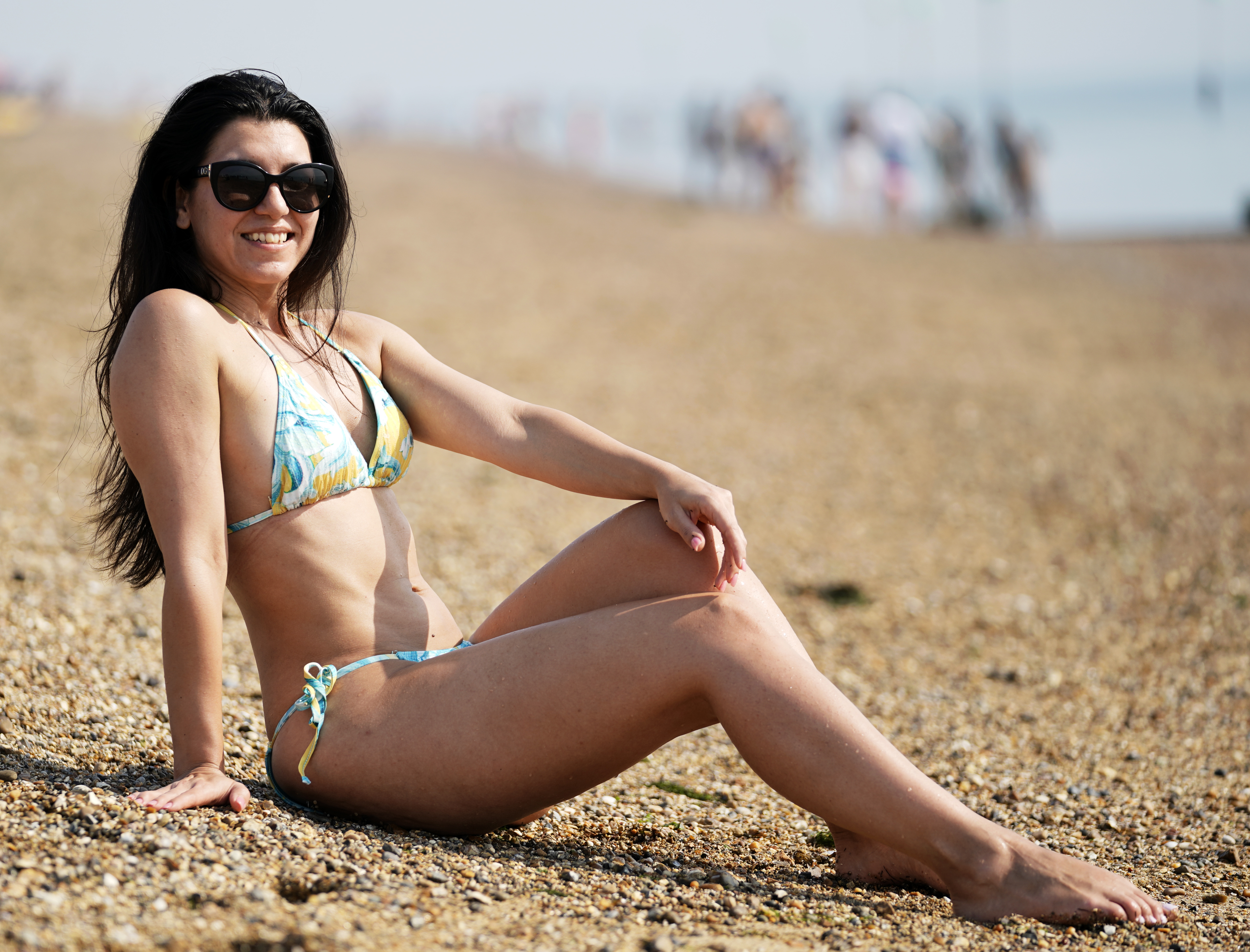 Wales has seen some of the best of the sunshine, with friends packing onto the beach at Barry to make the most of the heat.

The hot weather comes as rules on socialising are tightened across England in a bid to halt the growing numbers of coronavirus cases.

Since Monday, it has been illegal to meet in groups of more than six people with the threat of fines for anyone found flouting the law.

The new rules apply both inside and outside, meaning that large groups in parks will be banned from meeting together in the heat.

Despite that, some of the people spotted at beaches today appeared to be in groups larger than six.

It comes as Home Secretary Priti Patel warned chatting to someone on the street would break the rules.

She said any "mingling" with a group of more than six would risk those people being slapped with a £100 fine.

But some seemed happy to risk it for the chance to make the most of the day with loved ones.

The September heat follows on from an August heatwave which saw temperatures top out at 34C for six days running. 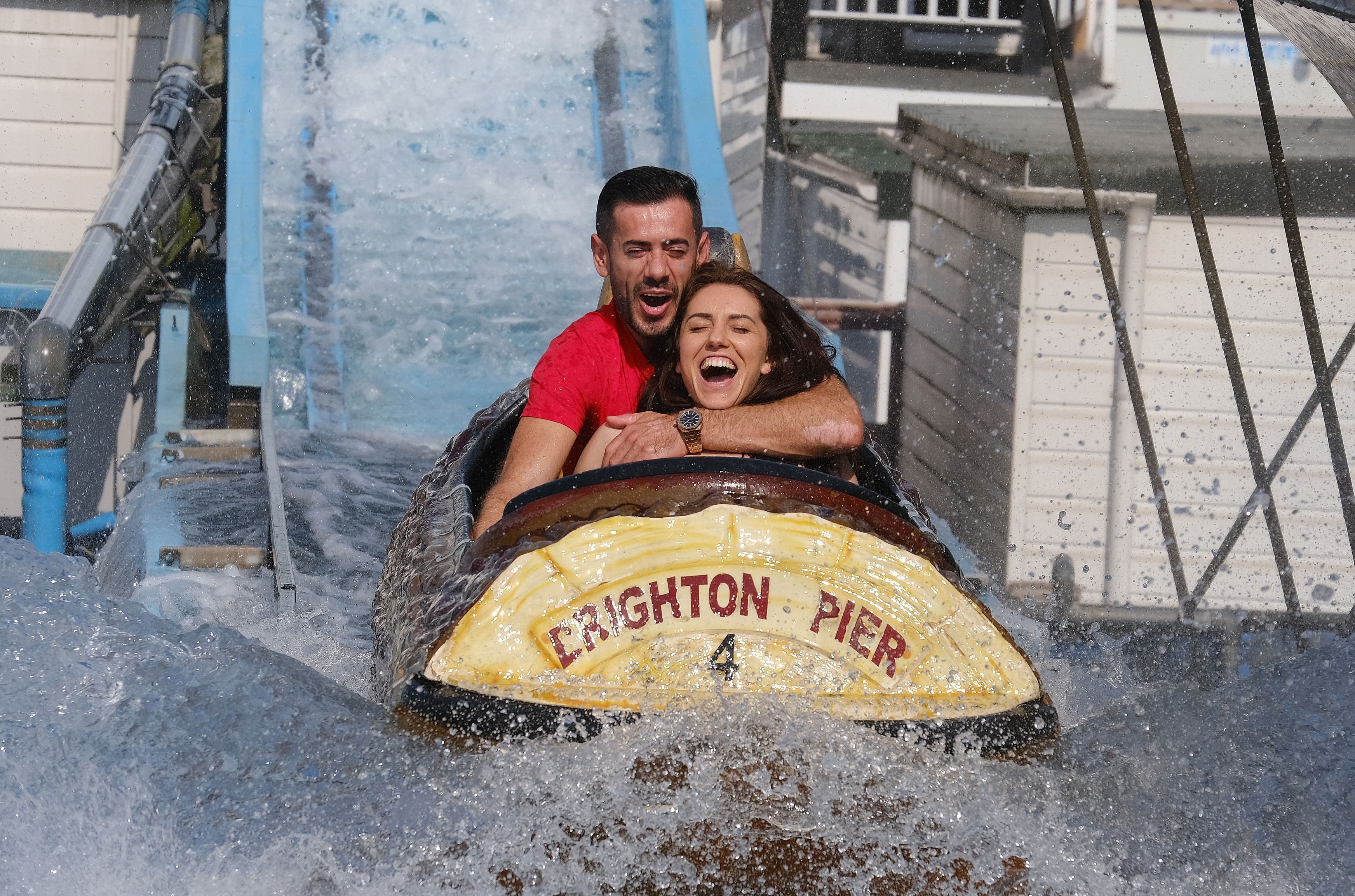 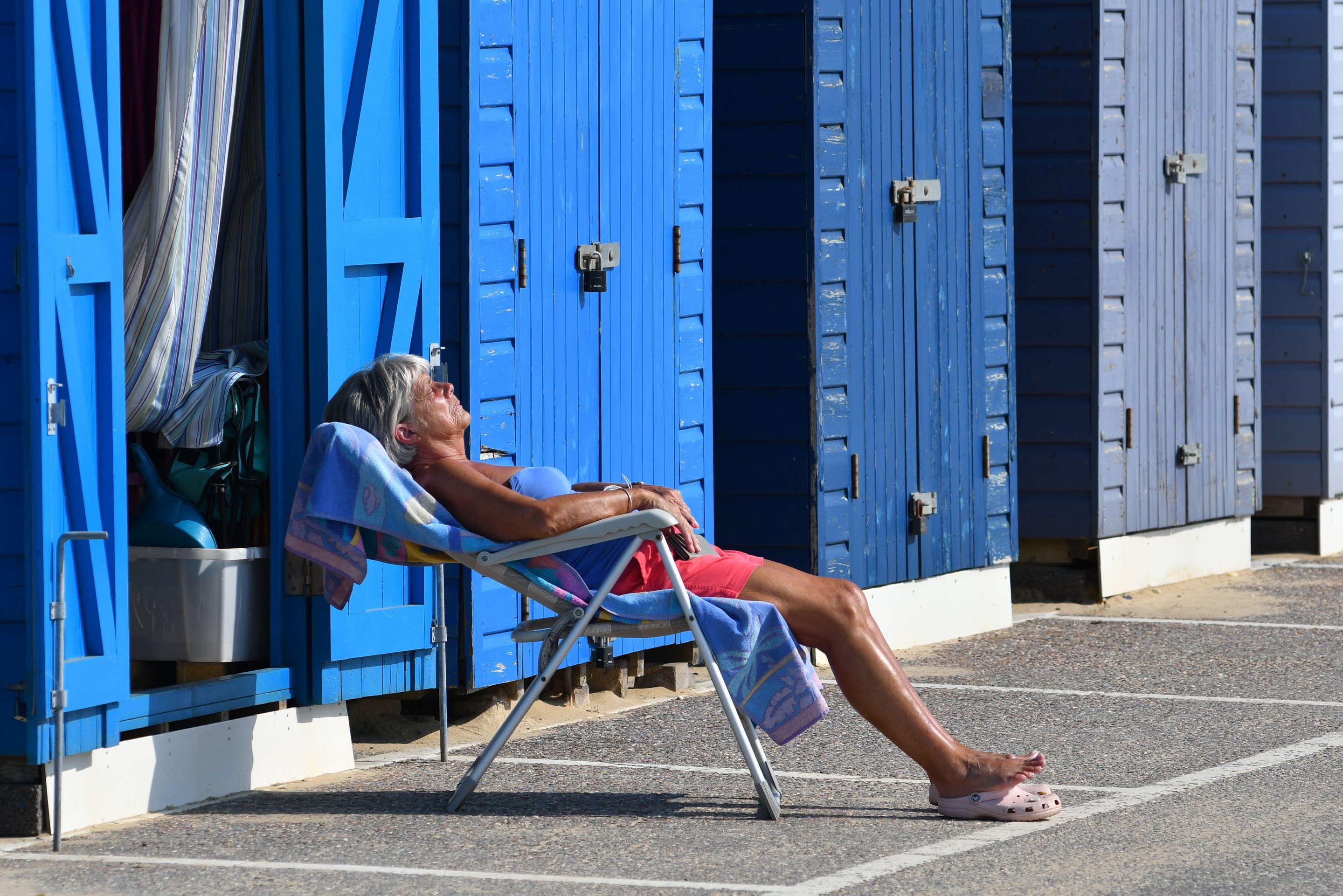 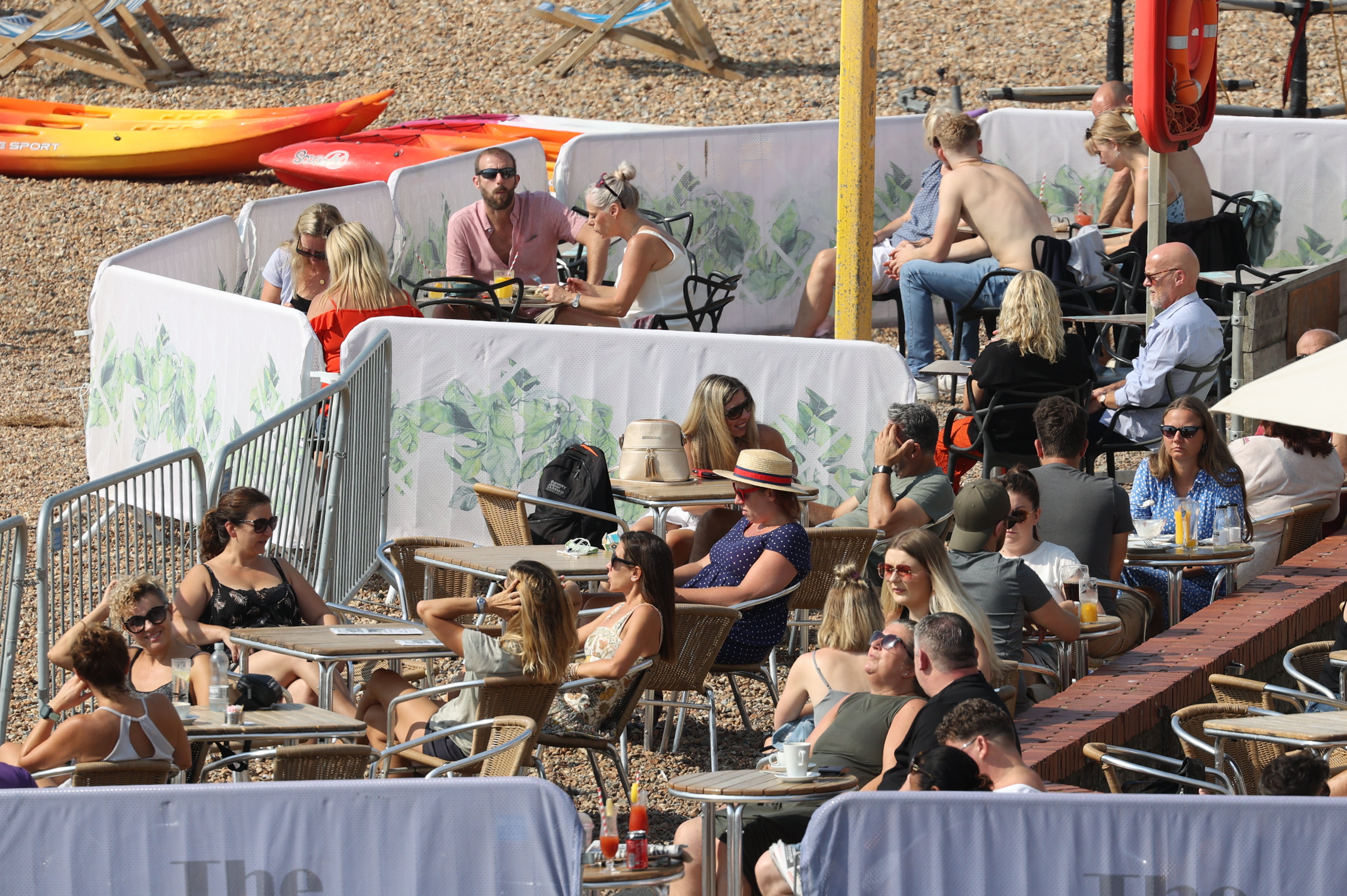 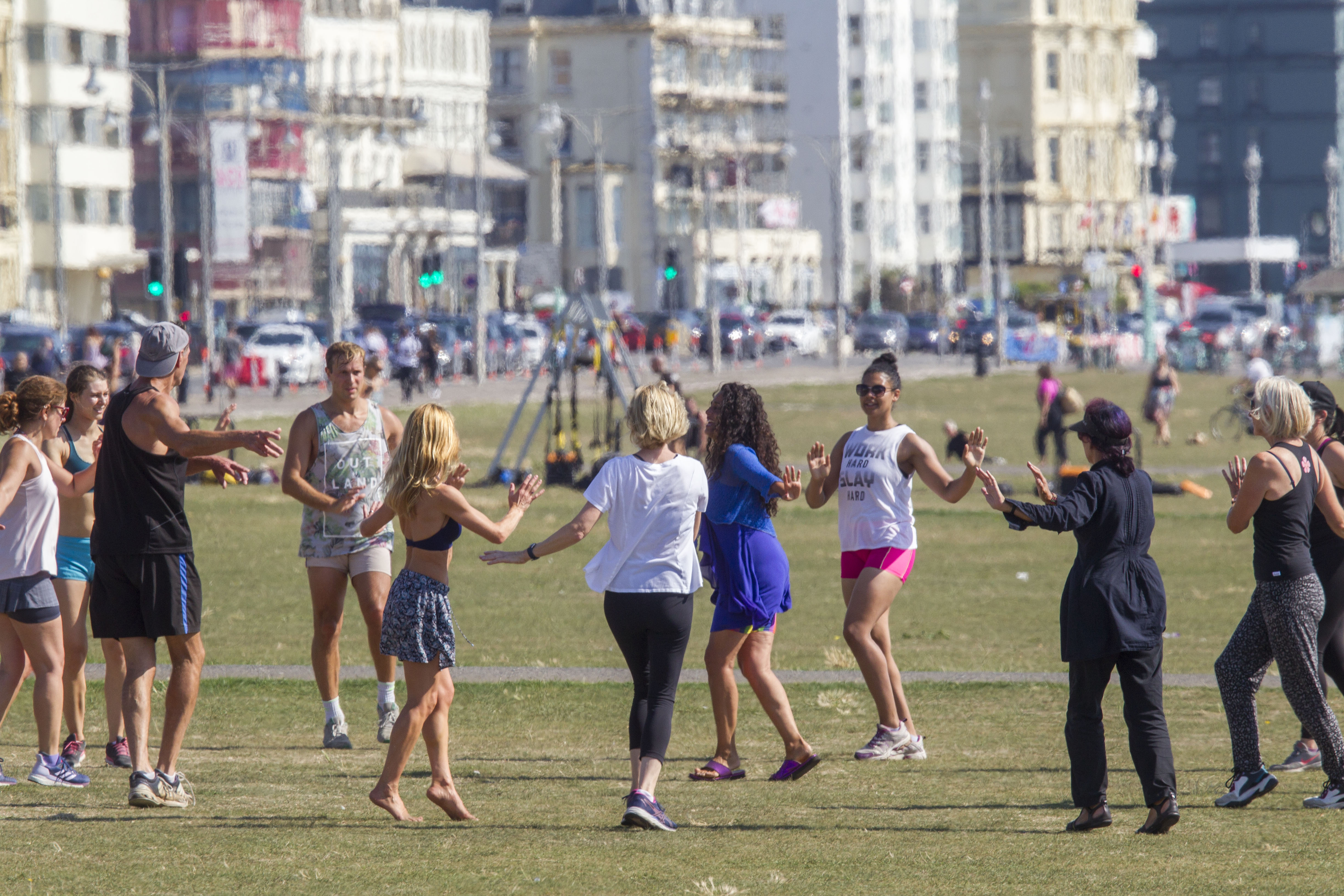 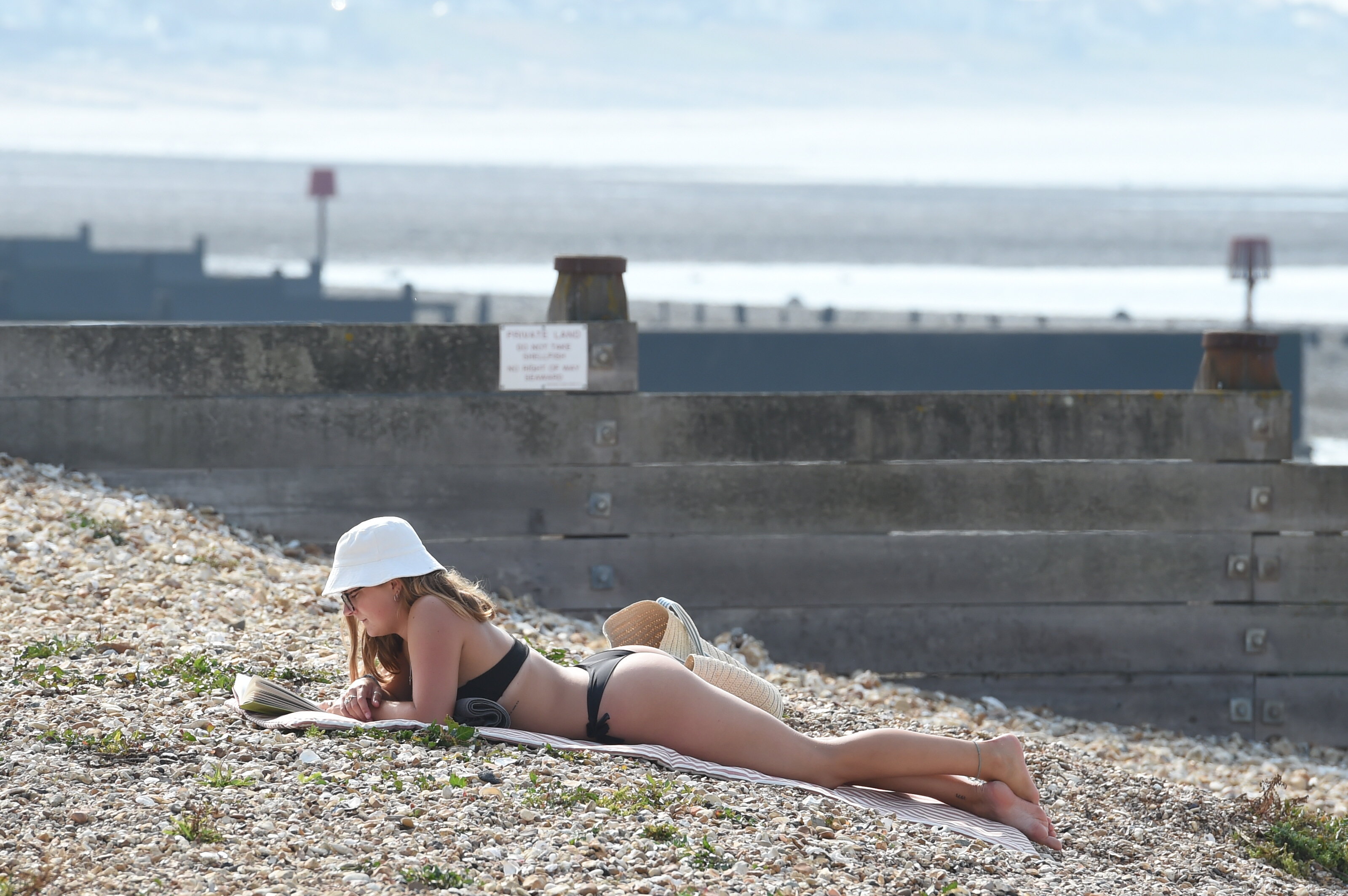 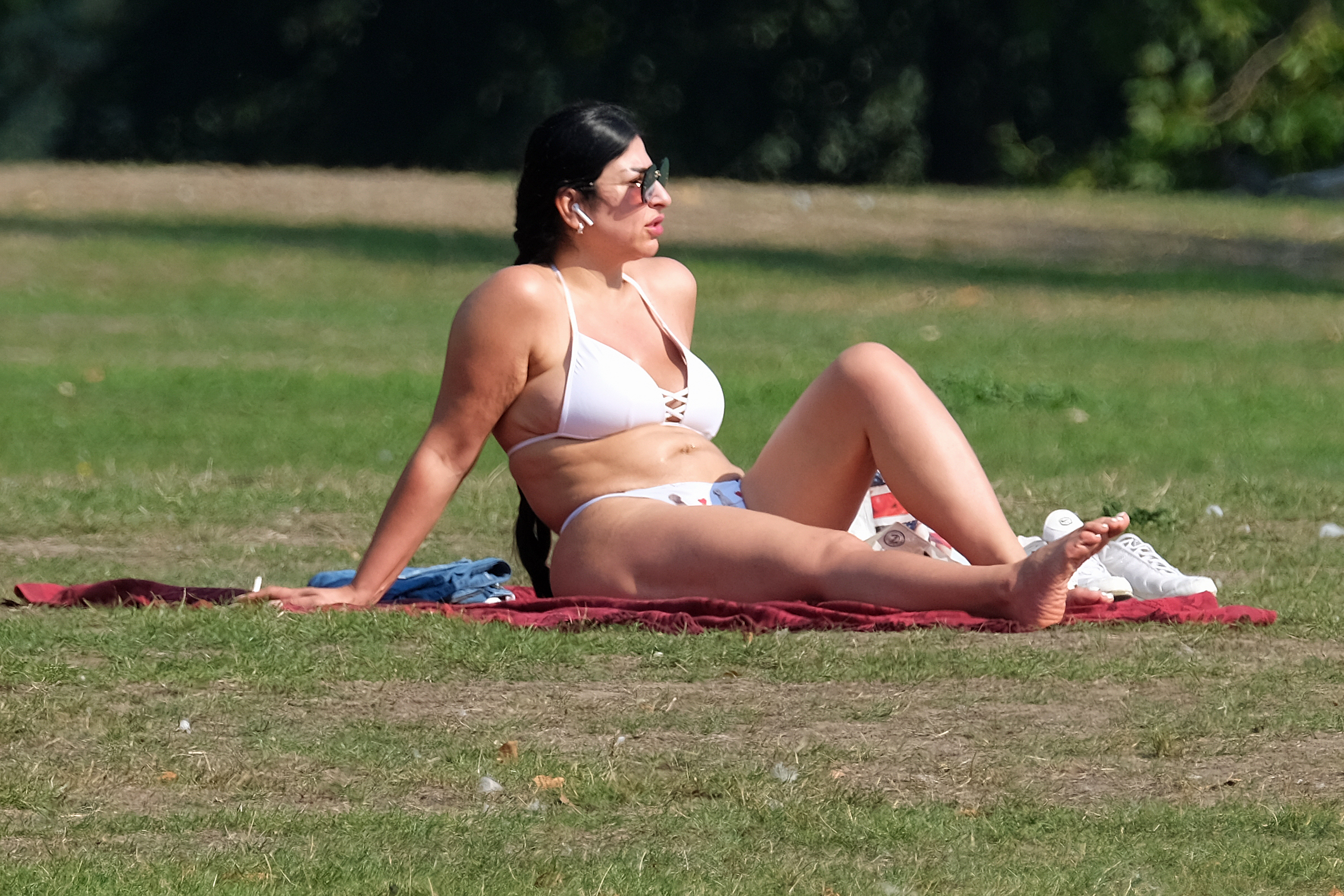 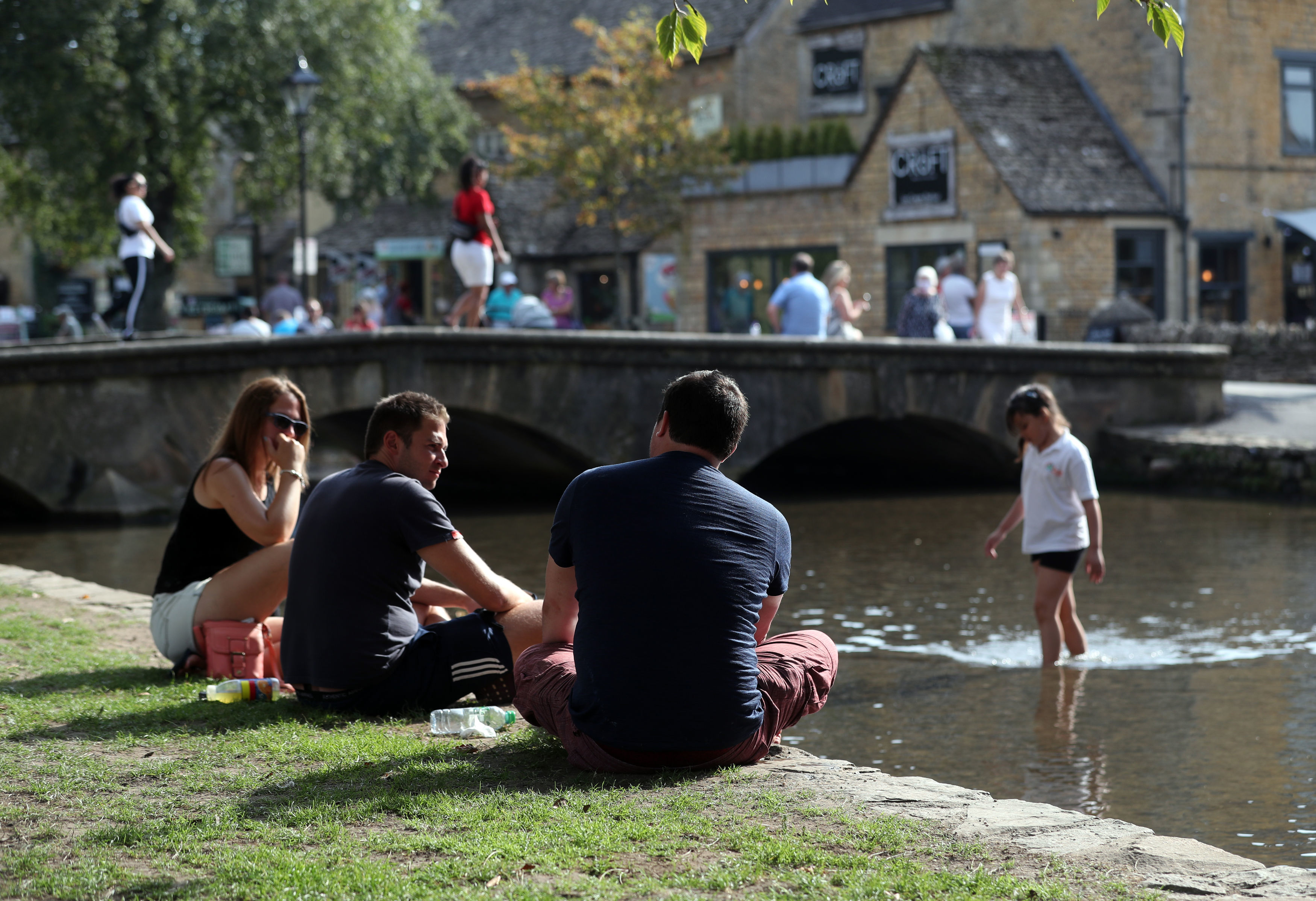 Yesterday was the hottest September day since 2016 when temperatures peaked at 29.6C.

Today, the mercury will be highest in southern parts of the UK, but most of the country will see a spell of warmer weather, the Met Office said.

The current warm spell will be the longest in September since 2016.

But we're urged to make the most of it.

There could be highs of 27 or 28 again on Wednesday, but as we head towards the end of the week, temperatures will drop to the low 20s.

The September heat follows on from an August heatwave which saw temperatures top out at 34C for six days running last month.

Yesterday was the hottest September day since 2016, when temperatures peaked at 29.6C. 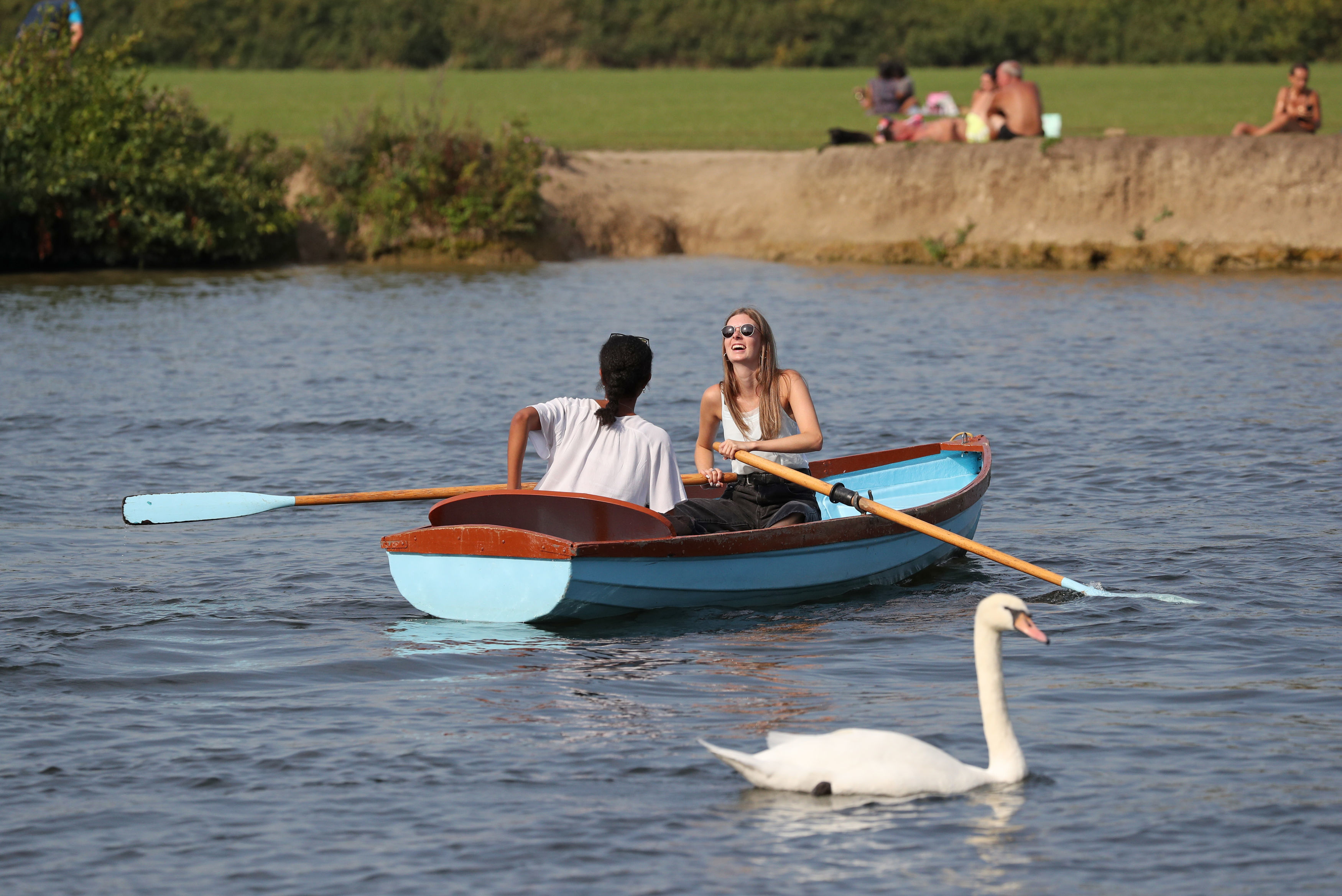 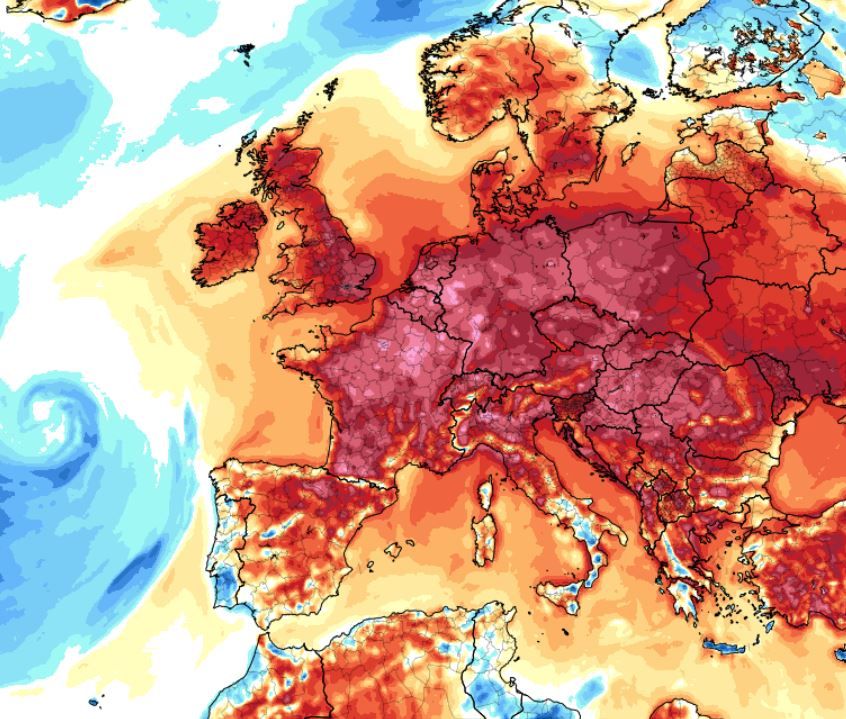 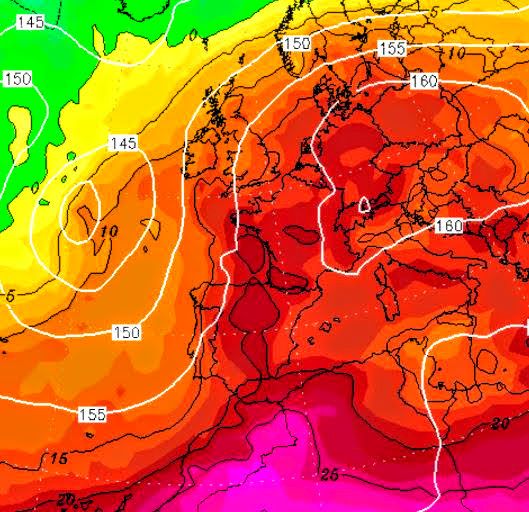