These are the castles reconstructed with computer animation in all their former glory. 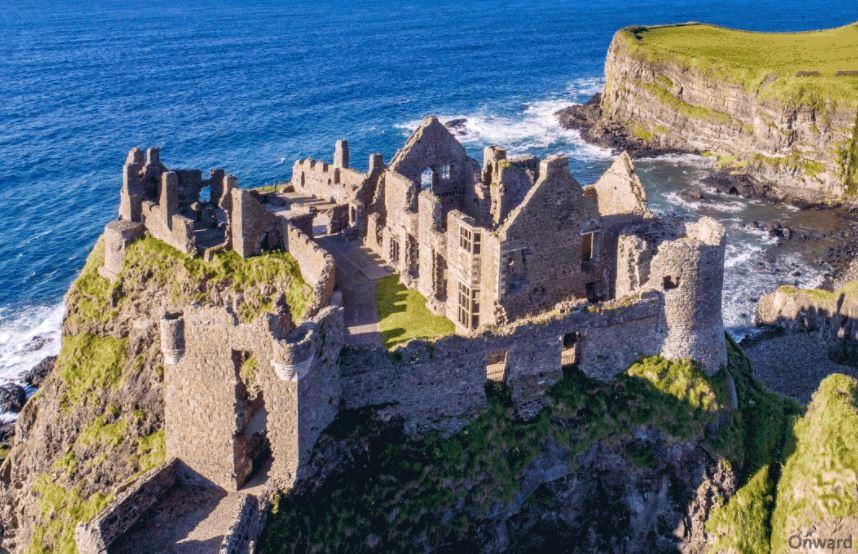 On the brooding coastal cliffs of north Country Antrim sits the ruin of Dunluce Castle, built by the MacQuillan family around 1500.

The castle was later seized by the MacDonnell clan who stamped their mark on it under the leadership of famous warrior chieftain Sorely Boy MacDonnell.

But it was Sorley Boy's grandson, the 2nd Earl of Antrim, and his wife who finally decided to abandon Dunluce.

In 1639 as they were waiting for dinner one evening the kitchen, along with kitchen staff, fell into the sea. This is thought to have been the final straw. 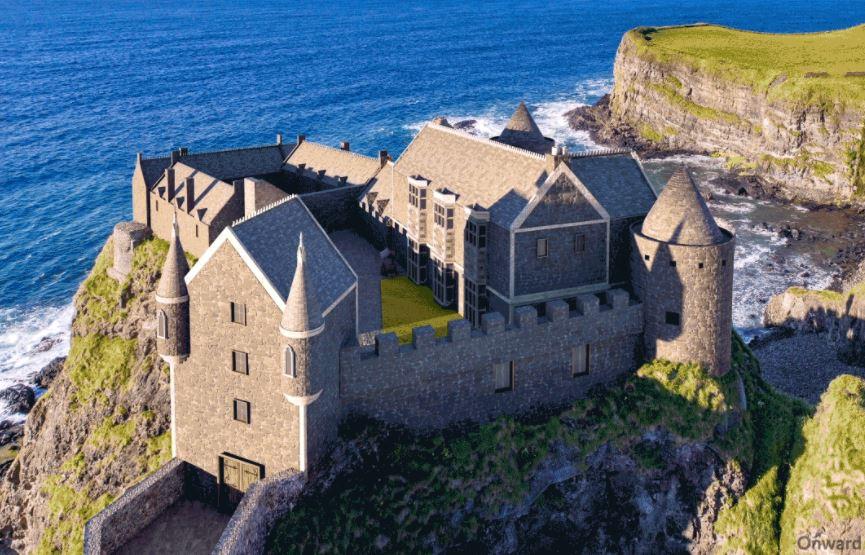 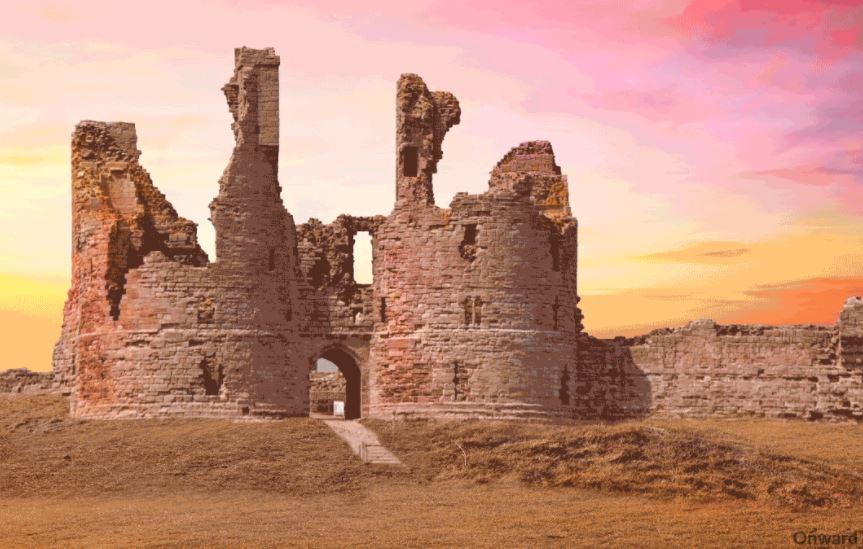 On a remote headland in Northumberland, built by Earl Thomas of Lancaster in 1313, sits Dunstanburgh Castle.

Constructed during a time when the earl's relationship with King Edward II was becoming increasingly hostile, the earl failed to reach the fortress when his rebellion failed and was executed in 1322.

The castle was later passed onto John of Gaunt, who strengthened it against the Scots by converting the great twin towered gatehouse into a keep.

During the Wars of the Roses the fortress was twice besieged and captured by Yorkist forces.

As the Scottish border became more stable, King James I sold the property to private owners in 1604 but it was neglected and subsequently fell into decay. 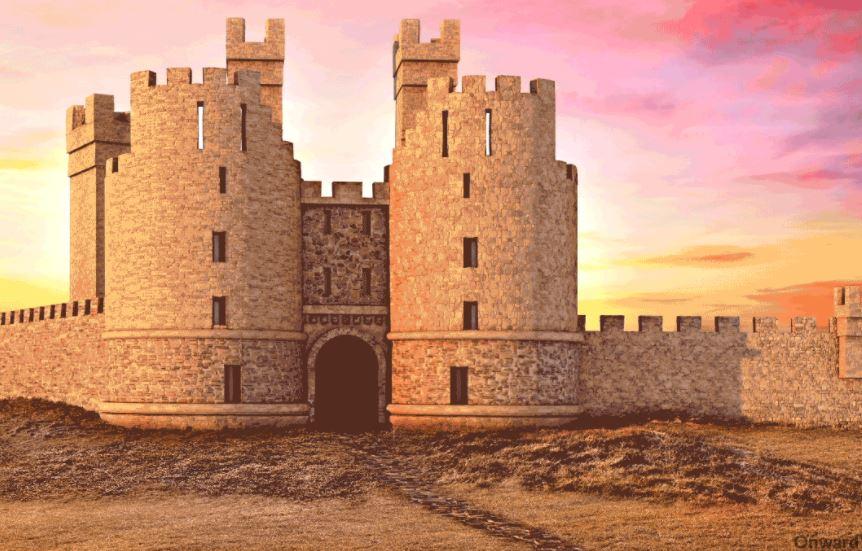 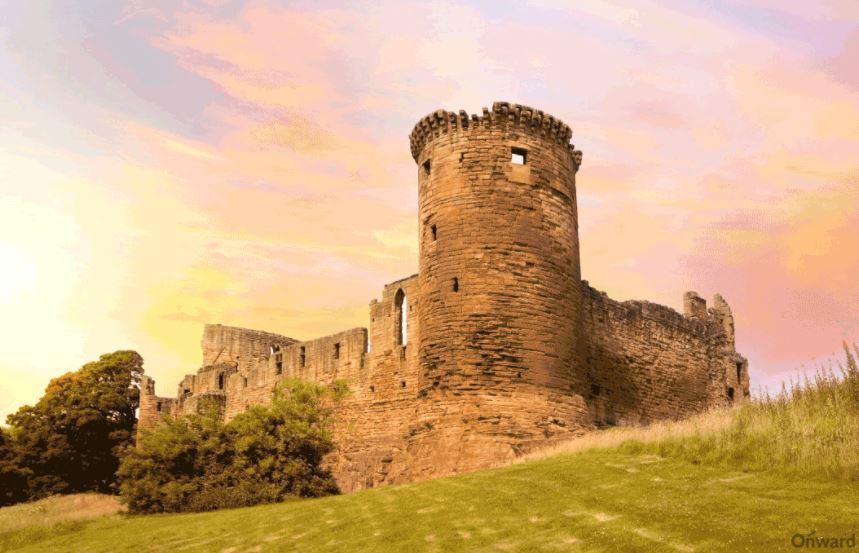 Perched upon a steep bank above the River Clyde in South Lanarkshire, Scotland, is Bothwell Castle.

Owing its origins to Walter of Moray, an aristocratic family that acquired Bothwell in 1242.

The family designed the grand castle as a display of feudal pride, but their dreams were never completed, with the outbreak of the Wars of Independence in 1296 delaying progress.

After the wars, Bothwell Castle passed to another powerful noble family, the Black Douglases, and they rebuilt the fortress following an updated design.

After the Black Douglases were overthrown in 1455, Bothwell Castle changed hands several times, with it slowly deteriorating along the way. It is now managed by Historic Scotland as a monument. 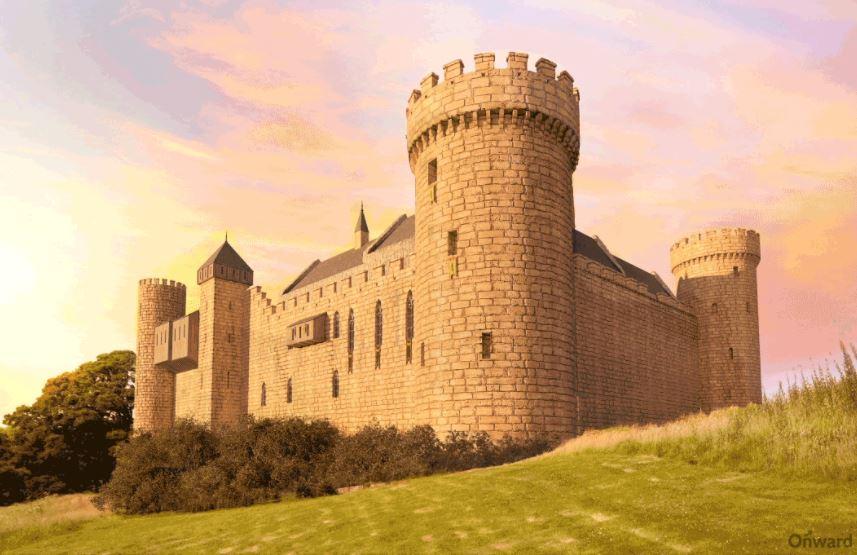 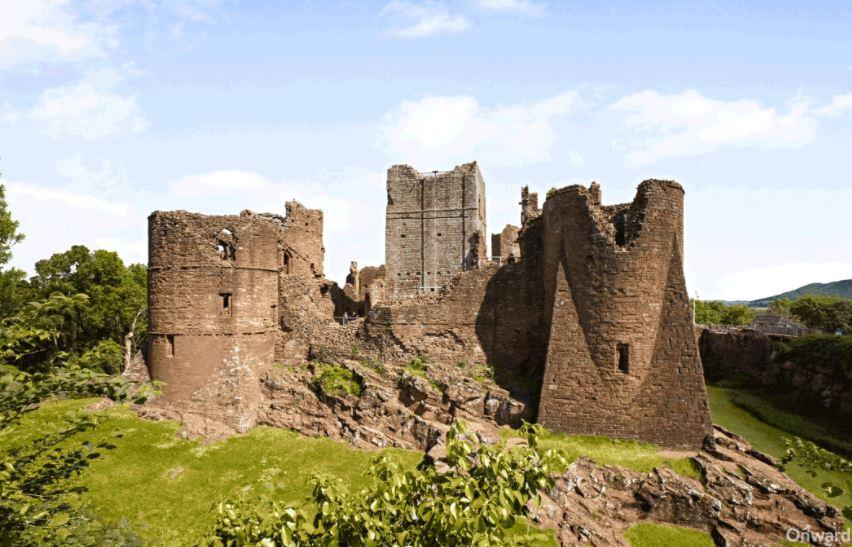 Above the River Wye in Herefordshire, Goodrich Castle is one of the finest and best kept examples of an English medieval castle.

Built after the Norman invasion as a wattle and daub structure, it was replaced by a stone keep in the mid-12th century.

Later down the line, the powerful Talbot family muscled in but were replaced during late Tudor times.

By the end of the 18th century, Goodrich had fallen into disrepair and was noted for being a picturesque ruin. It is now owned by English Heritage and open to the public. 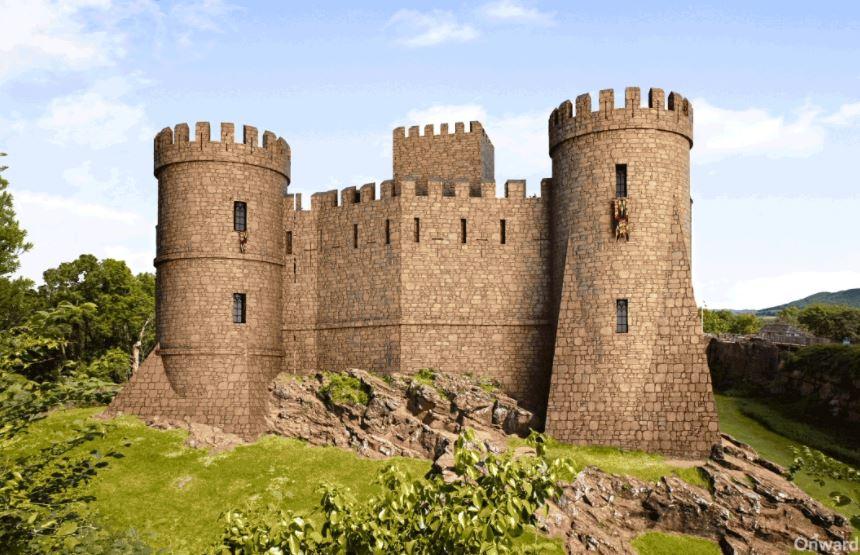 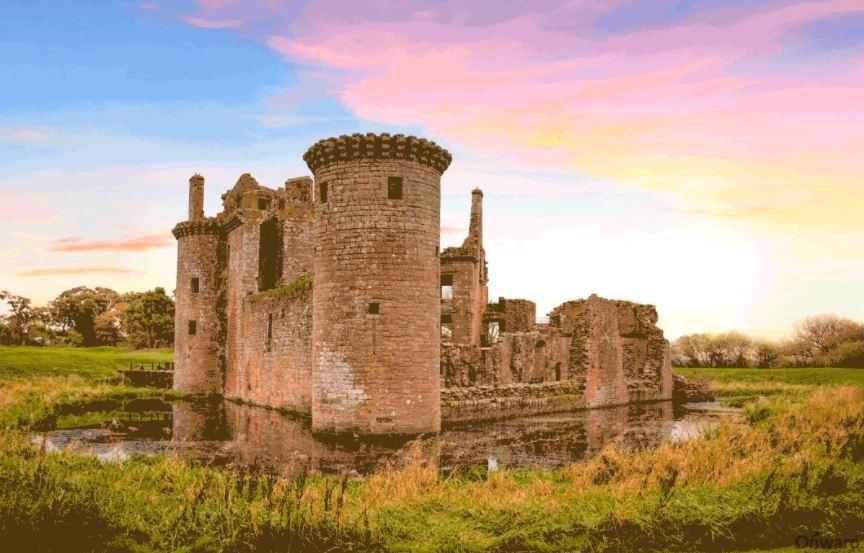 Caerlaverock Castle in Dumfries and Galloway, Scotland, is a moated triangular fortification first built in the 13th century by the Maxwell family.

It was besieged by the English during the Wars of Scottish Independence, and underwent several reconstructions over the 14th and 15th centuries.

In 1640, the fortress was besieged for the last time and was subsequently abandoned. It is now in the care of Historic Scotland and remains a popular tourist attraction. 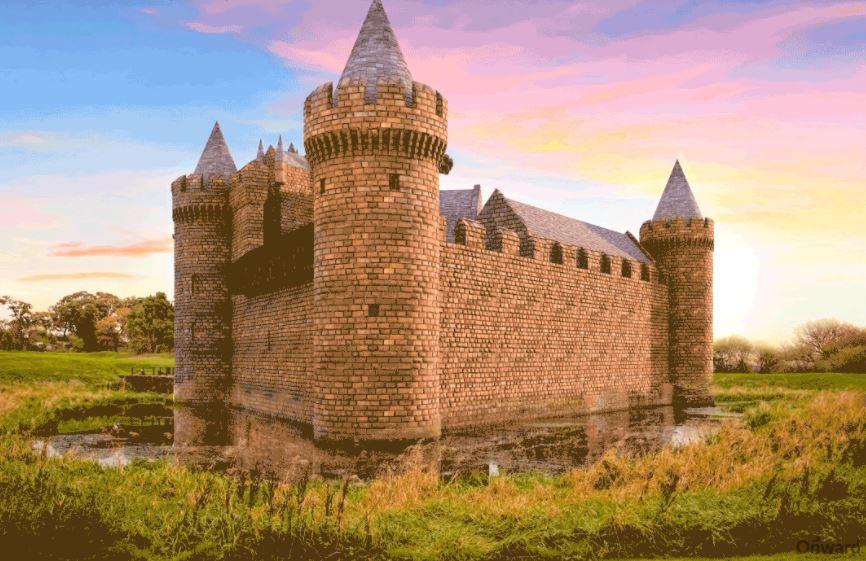 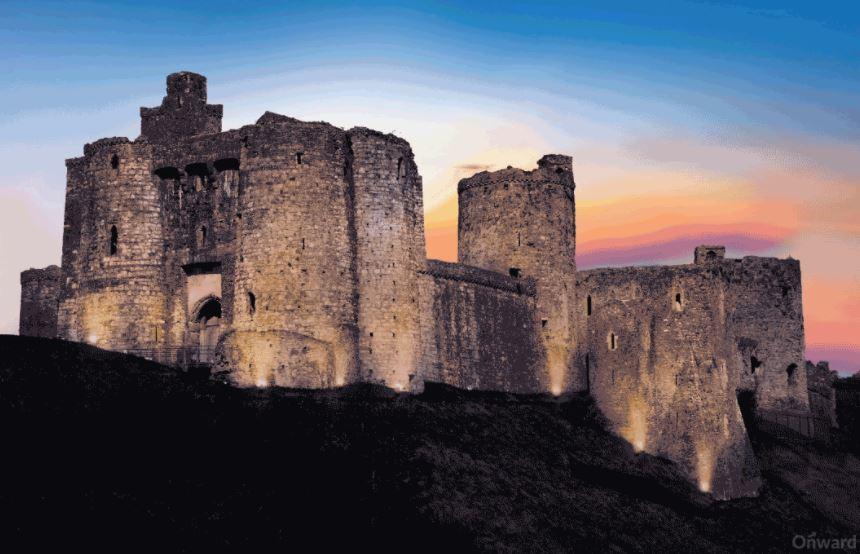 Kidwelly Castle is a Norman castle overlooking the River Gwendraeth in Carmarthenshire, Wales.

Created as a defence against the Welsh, the castle fell to the Welsh several times in the 12th century. It started out as a wooden structure but was later rebuilt in stone.

In 1403, its strength was put to the test during the rebellion of Owain Glyn Dŵr. 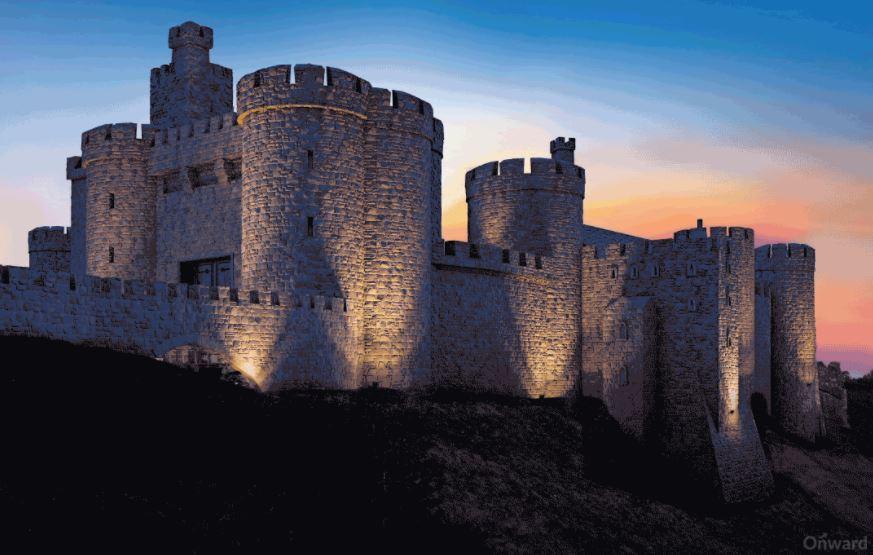 The town of Kidwelly fell to the attackers but the castle held out.

The National Museum of Wales notes that the old town never recovered from the attack and in the centuries that followed, the castle's fortunes also declined and, in 1609, it was described as 'greatly decayed'.

British, castles, REB, ruined, See
You may also like: