A "SELFISH" commuter has been slammed for apparently making a woman on crutches stand while he worked on his laptop on a rush hour London train.

The man was spotted on the train from Clapham Junction on Tuesday – perched on the seat as the injured woman stood next to him. 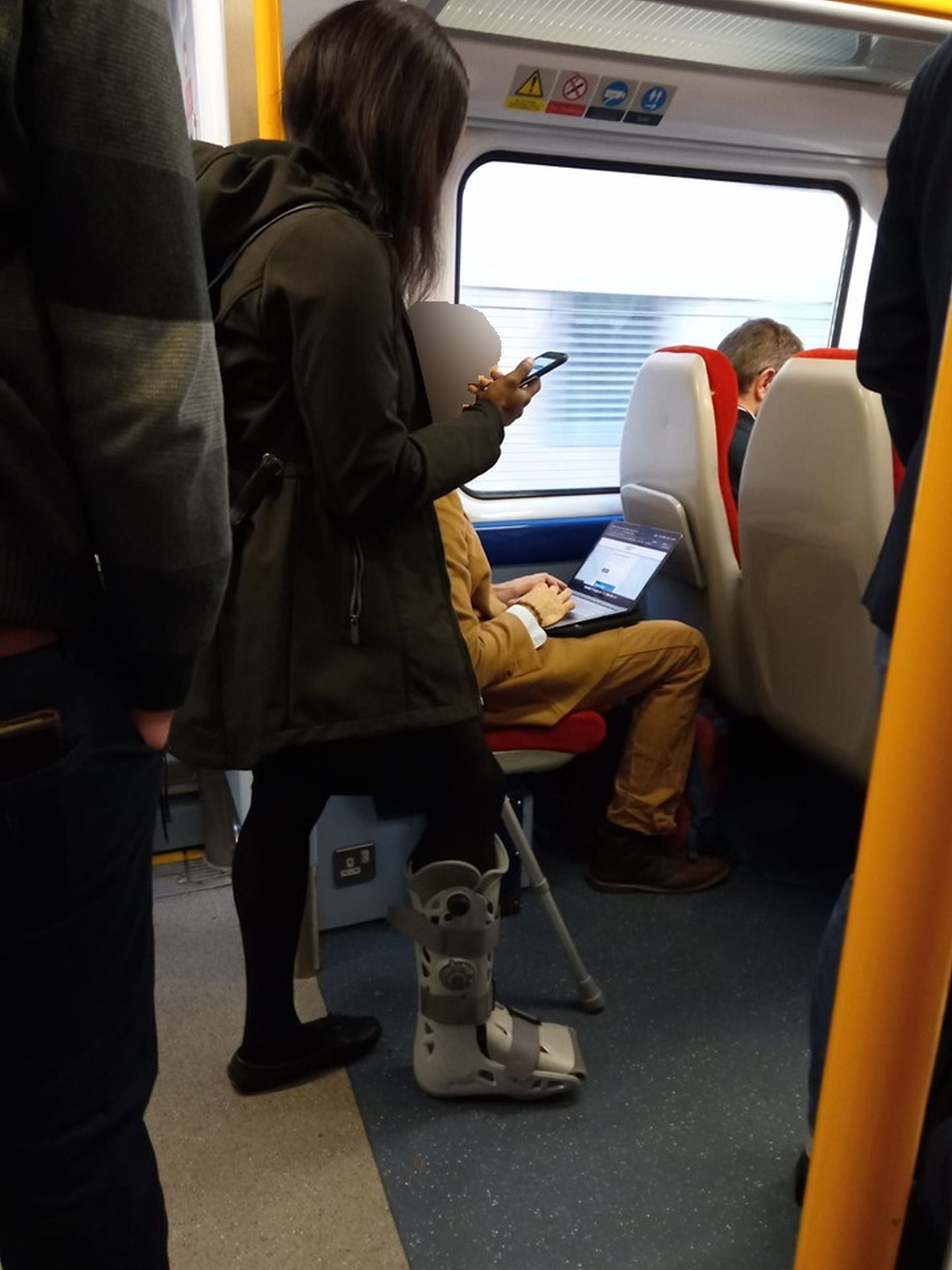 Fellow commuter Sonny Phillips snapped a photo – saying he couldn't believe his eyes during his 30-minute train journey from Clapham Junction to Isleworth in London.

And the construction worker said it wasn't until another person noticed the woman and offered her a seat that she "gratefully accepted" and got to sit down.

Sonny, from East Dulwich, London, said: "I noticed this woman on a crutch and brace and noticed she was stood right next to a man who was sat down on his laptop.

"I just thought it was strange she wasn't offered a seat by him throughout the whole journey. He obviously could tell she was right next to him.

"I'm really not a fan of that behaviour. I know people tend to be quite ignorant on their commute.

"But it just struck me as odd because if I was sitting down and I saw a woman with a crutch right next to me, without a second guess I'd give up my seat."